Big bunnies in the window

Izzi has about five bunnies, that was last time I counted then, there may be more by now, she knows them all well, some are whitish, some brown, there is one with whiskers too!  They are all small, small enough to all fit in her rucksack if necessary. 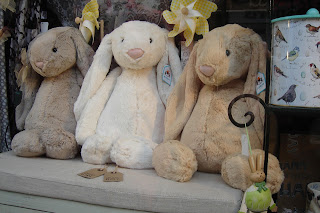 In a shop window in Warwick we spied three really big ones!
Posted by Stasher at 18:08 No comments:

Spring Flowers in the Garden 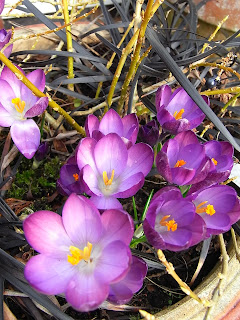 At the end of February the snowdrops are nearly over, but the hellebore and crocus are attracting bees, bumble bees, early hover flies and ladybirds. 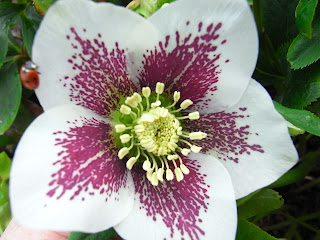 Insect life and birds can feel the sunshine on their backs, but I am holding my breath, enjoying the sunshine, but realising that we may still be in for some cooler weather yet.  On the way back from Hanbury Hall yesterday, as we drove from west to east with the sun behind us, and fine showers in front, we were driving into the most clear and strong double rainbow...what a joy, but I did not see the meteor...natural phenomenon such as clouds, etc give me such pleasure. Another day playing tourist in our own back yard

With the sunshine and mild weather, rather than walking along our own pretty field paths, I suggested to Mr S that we drive out to Stoneleigh.  We made a circuit of the village, taking in the Manor, 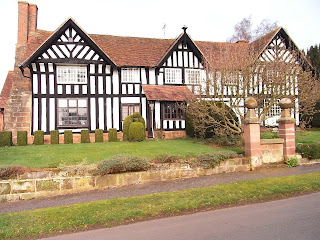 the path over the river, 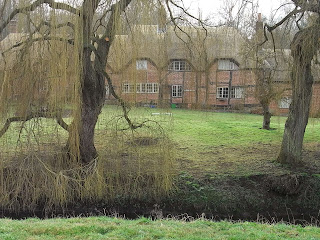 the church, the new community orchard, then back to the almshouses.


Next time we go, we shall explore the foot paths which radiate from the village.
Posted by Stasher at 17:48 No comments: 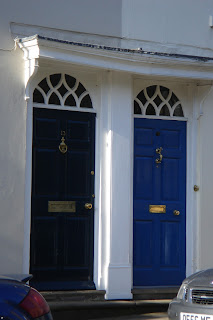 Last Saturday, as we walked around Warwick, I became mesmerised by the diversity of design of the fan lights above the doors.

And just one more! 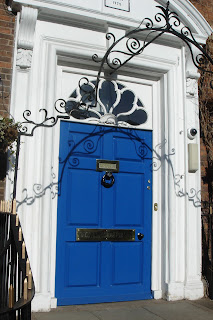 There must be hundreds to look at....
Posted by Stasher at 17:29 No comments: 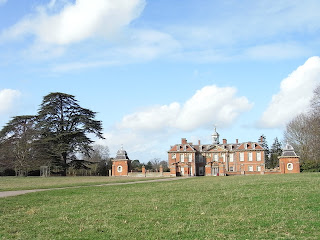 We've been enjoying this latest spell of fine weather, and now some of the National Trust properties are opening again, we decided to have a little drive out to visit Hanbury Hall a William and Mary style of property.  We arrived in time to have a short but very well informed introductory guided tour of the house.  After lunch, we went back to look at some of the items in greater depth.

The guides were welcoming and I was able to get a little more information about two naive looking hand worked pictures in one of the dressing rooms.  They were early 18th century, with original frames and glass from that period.  Two wonderful gems.  I also liked the series of well know prints of Marriage a la Mode by William Hogarth.  There is so much detail in these, and poor Mr S was getting a little tired of waiting for me.  The room notes explained the meanings of all the items incorporated into the pictures.  Since then I have found very good on line descriptions.  Also I have found out that William Hogarth studied under Sir James Thornhill, who painted the murals in the Hall and up the stairs etc of the story of  Achilles.  So next time I find something particularly interesting, I shall make a note, then read up at leisure when back home. 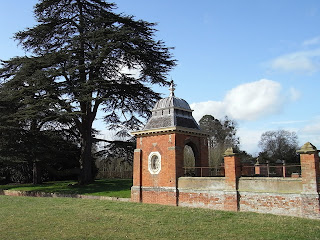 Some of the grounds have been restored to show them as they would have been in the 18th century.  The trees and summer houses were picturesque.﻿
Posted by Stasher at 17:15 No comments: 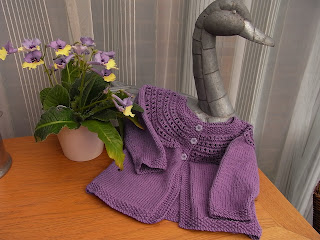 Just spent over one week knitting this summer cardigan for Izzi. She chose the yarn herself from amongst many in our small local shop. It is knitted in a bamboo and cotton yarn. Just right for the warmer weather ahead.
Posted by Stasher at 16:13 No comments: