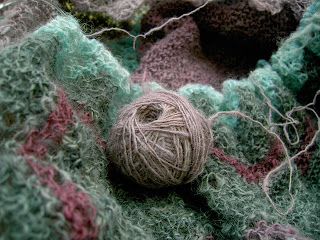 Here is a picture taken before the shawl was finished but whilst I was in 'agony' wondering whether I would have sufficient yarn to complete the border. Only a few metres to spare, and now it is ready to wash and block. All the yarn had been hand spun and dyed by a generous 'benefactor' and before it came into my hands it had been languishing for some months in a cupboard in some library in Wiltshire.

I'd taken my trolley with me this time, and sufficient funds.....so often I have seen people buying bags at the NEC to enable them to carry their purchases home! 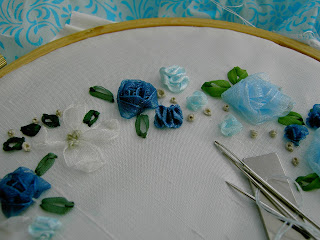 I bought a box to put my sewing in, an embroidery frame which allows one to use both hands, and a little magnet to keep needles and scissors on the work. Here it is on my latest project. At the craft group we are using ribbon embroidery on silk, and it will be the top of a square box. 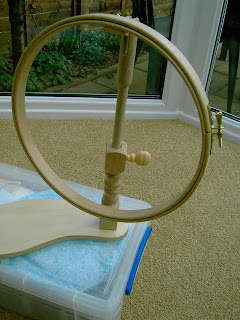 Sewing for Pleasure 2009 at the NEC

This year, I planned the visit getting tickets in advance, and went with my friend Jean from the WI. David looked after her dog for the day, which allowed Jean to have longer away from home. The train got us up to the NEC and just by the train we caught a very handy bus, missing out all the long walks. I very much enjoyed the catwalk fashion show, and the exhibits. Here are the jelly fish and sea anemones mass with corals etc. which caught my fancy. 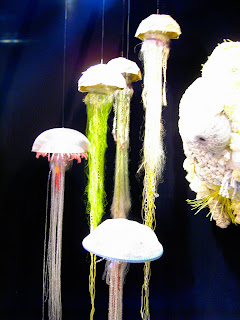 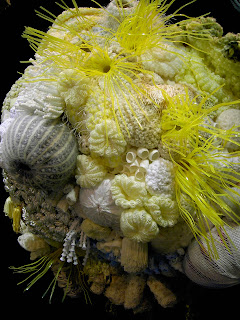 There was so much work in this piece, and the shapes of the urchins reminded me of times snorkeling in Mauritius. 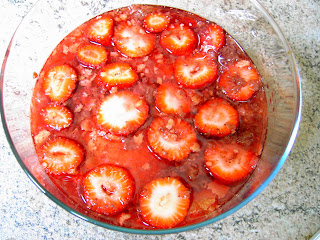 A lovely pudding which yields many helpings, and which is so easily made and so much nicer than shop bought is Strawberry trifle. Here it is ready for the custard and cream layers, the colours were jewel like, and called out to be photographed. When we are going to have a busy weekend, I like to have something made up on the Friday ready to satisfy Mr S. His epitaph ought to be 'And what's for pudding?'
Posted by Stasher at 21:25 1 comment: 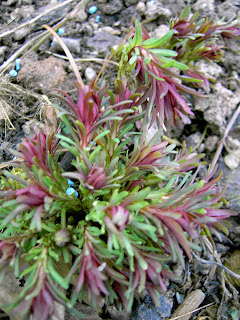 This is a very small euphorbia, and I have yet to find the name. Its one of the plants which I bought with me and which has survived. The shoots are tinged with pink, and later the growth is feathery. As it grows I'll take further pictures.
Posted by Stasher at 21:20 No comments:

At the weekend, the weather was balmy for the time of the year, and I was out there, weeding, and trying to remember where the perennials were. The cold weather we had had earlier on in the year, had really raised things to the ground. I shall probably be moving things around as I do. The daffodils are looking lovely too.

There are hellebore of several colours. I had planted up seedlings early last year, and those which I planted out are flowering. There are several in pots ready to take to the gardening club to raise funds to them. I've decided to propagate as many plants as I can, and pot them into the many plastic pots which I have, as a way or getting rid of the pots, and in the meantime share plants with people, and raise funds for local groups in Kenilworth. 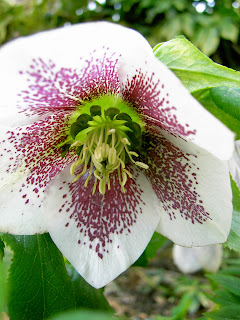 Whilst at a talk when I was in the Wroughton Horticultural Club several years ago, I bought a special primula, which is covered in a white powder. It is called Clouded Yellow. I have propagated it and given several away. 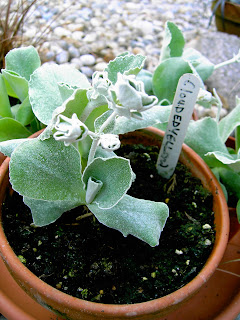 Last year when in Norfolk, I bought some three pots of Anemone Blanda, and they are up again, with also little seedlings from germinating seeds. They are in sunny patch under the plum tree, amongst other bulbs and dwarf geraniums. I've also noticed that the snakes head fritillary seedlings which I raised from seed gathered in our garden in Swindon, are up. 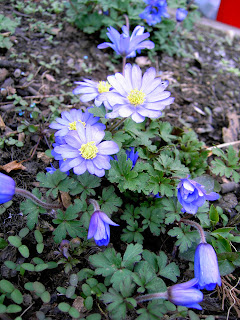 Here is the latest little buy from a speaker at The Kenilworth & District Horticultural Society, potted up in a nice tall clay pot I found hiding under a lot of rubbish in the garden when we first moved in. I love the shapes and varieties of the sempervivum family. This one is called Oddity. I have another one called Brown Owl, which I bought to show to the pack of Brownies when I went to give them a talk on Sempervivums and give them all some plants, and invite them to come round and enter them into the Children's section of the show. I've set up another clay bowl with about five different varieties of sempervivum, using the small rosettes which grow from the main ones. I dress the top of the soil with sharp grit, which shows off the plants well. 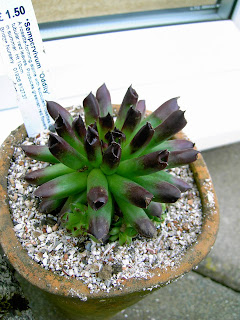