Bribes or rather presents to myself

I have never been bribed by anyone else, well not to my knowledge and not with things or money! I would never have wanted to be, and would certainly have been offended.

What you see below is what I had decided was my 'bribe' to myself. Well since I do not want to start a long line of bribes, I've now thought this over and have decided to just call them a present to myself: an indulgence in beautiful small things. A gift or a present is welcome from anyone or even oneself at any time! 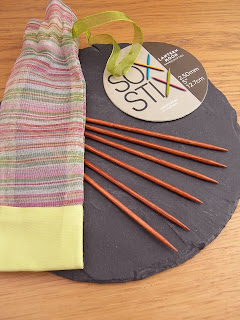 There are six small beautifully made rosewood needles in a small colourful pouch. The sock needles are very pointy, not quite as bendy as bamboo needles, and I'm told pretty strong. These days I am favouring bamboo needles, but can't find the shorter sock 12.5 cm needles in a quality bamboo. Whilst knitting amongst friends last night at Web of Wool, I felt I needed a little pick up, and an incentive to start up my blog again, so spent my pocket money on these and on two cards of beautiful ceramic buttons, hand made in England by Avril Tillman. The glaze is just so beautiful, and sadly the pictures just cannot portray the texture and colours. 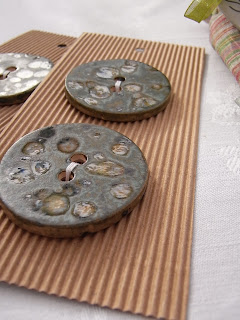 I love ceramics, and enjoy spending time in Museums and Galleries gazing at ceramics both ancient and modern. Except for breakages, unlike textiles, ceramics usually remain virtually undamaged by the ravages of time.

Labels: Crafts, Presents to myself 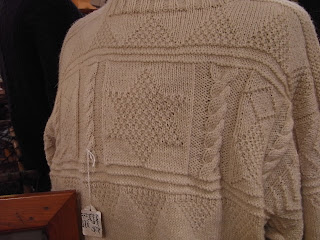 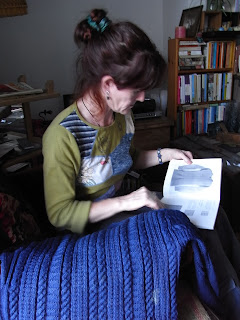 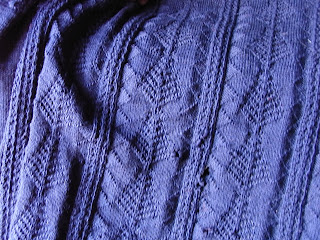 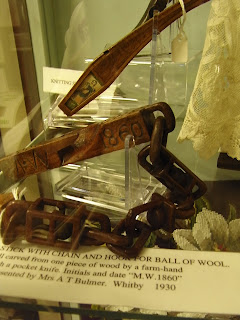 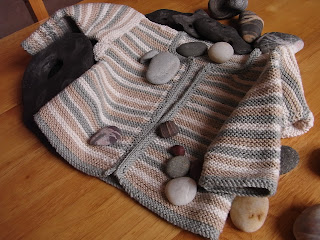 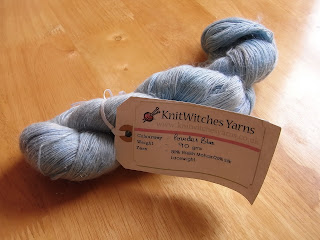 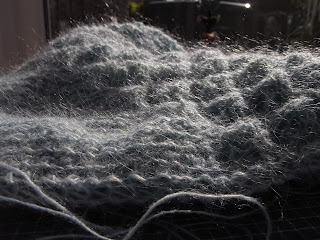 How long has it been?

Its been ages since I last updated.....I've had a bit of a rest from the computer, and have left checking of emails to about once or at the most twice a week. I've concentrated on getting up to date with housework, and spending time getting myself 'planted' again into the domestic routine.

Only today, when at last I downloaded a stash of pictures, did I realise just how busy I have been. In September we had a glorious two weeks in Whitby, the weather was probably the best two weeks on the trot we have had this year, which on the whole has been disappointingly unsummery.

I needed the rest, what with having to baby sit two chaps who came to sort out some work in the garden, who may or may not turn up etc. and hence the job spanned at least one week longer than it needed to have.

I'm one of those creatures who like their nest, preferably in a neat fashion without disruption etc. The feeling were similar to those I felt when we first moved in, when all was chaos around. Now we are comfortably settled, and Mr S is starting on his new model railway project, having got most of the DIY completed.

There was also a really large plum harvest to deal with: plum jam, plum chutney, finding people to give plums to, plum puddings etc. The poor tree had such a heavy load, it split down the middle, and I have told it that after its prune, I'm allowing it to have a good rest next year. The alternative would be to have uprooted it and plant a new tree, but I've decided to give it a chance.
Posted by Stasher at 12:26 No comments: