Having visited these Woods earlier in the week on my first wild flower foray in Somerset, with a group of ladies,  I took Mr S on a little adventure.

We managed to cover far more of the woods and came across the Keeper's Cottage which now is 'home' to many species of roosting bats. We were pleased that we had taken our mountain walking sticks as part of the walks had been damaged during the tree felling, sending us down steep and sometimes rocky paths. 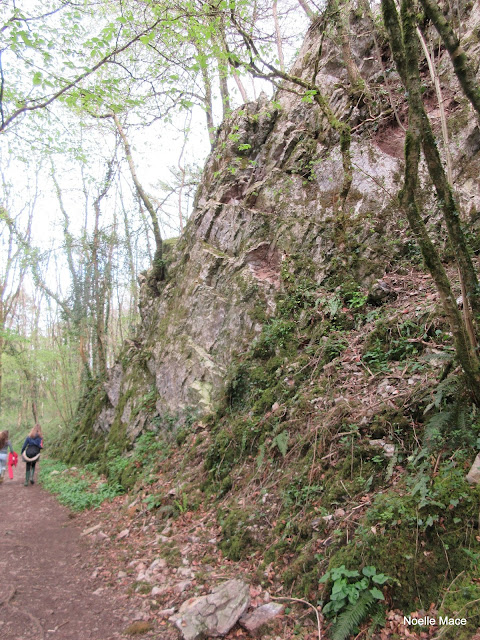 The walk along Home Wood with its little stream and large outcrops of rock were well worth it.  Along the stream were remains of various bits of machinery and evidence that the stream had powered machinery. 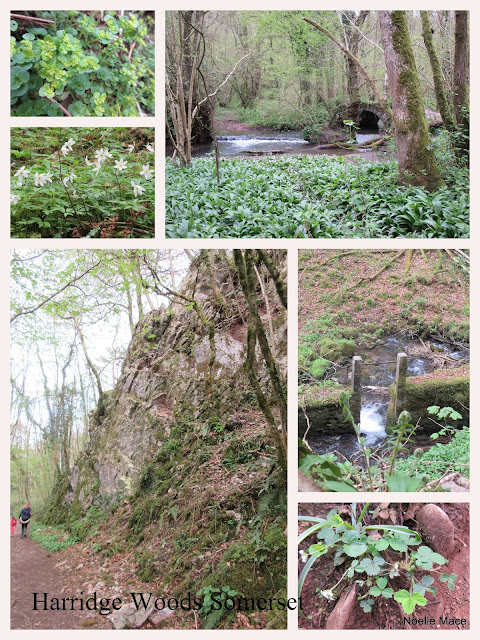 The pretty Wych Elms had just set their winged fruits called samaras.  Despite being Easter Monday afternoon, it was very peaceful and we only came across two small groups. 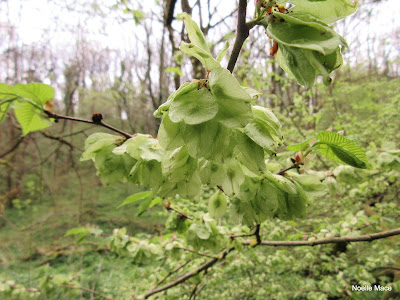 On my first visit I had not been prepared with note book or camera, which I shall certainly take on my next trip. On the second visit I also did not make a note of all the flowers...but I can remember Solomon's Seal, Wild Garlic nearly blocking everything else in some parts, bluebells, wood anemone, celandines, water avens, many ferns, and beautiful small green opposite leaved golden saxifrage, primroses, violets, dog's mercury, and the barren strawberry.  These were also some attractive trees, some of which had been stoggled...coppiced at about waist height, apparently to prevent the roaming pigs from eating the new growth.  How true that is I don't know.  They were rather ancient with some middles hollow and covered in thick layers of moss through which several species of fern were growing.
Posted by Stasher at 18:48