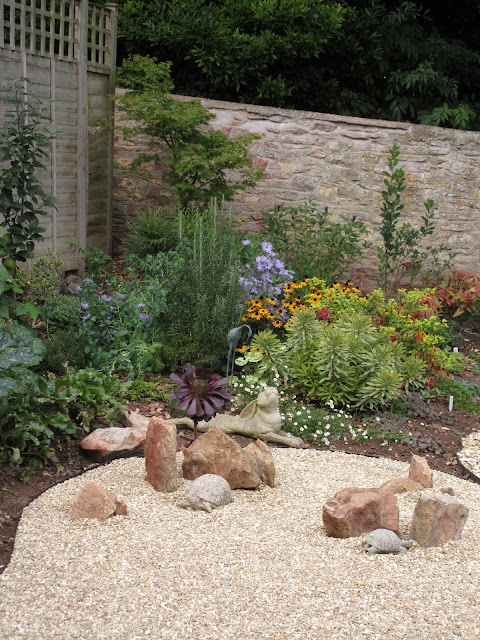 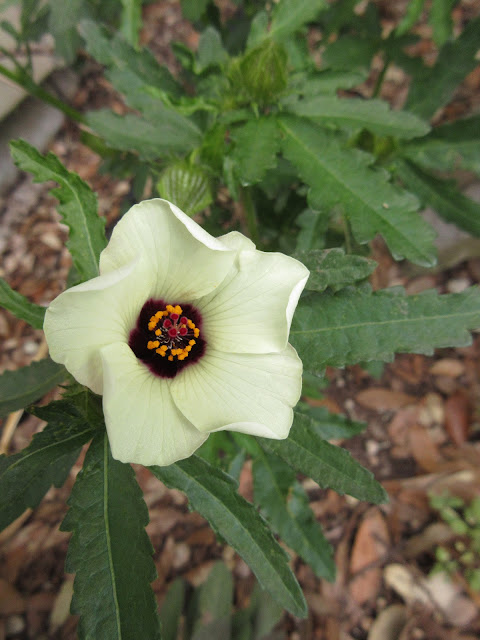 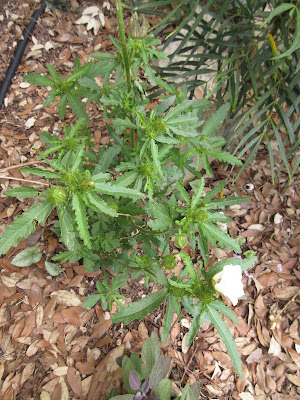 I have since read in a magazine article that this is an annual known as flower of an hour because its flowers bloom for just a few hours during the day before wilting.  I agree with its description as being a well branched plant with deeply grooved leaves that combines well with perennials.  The flowers are followed by hairy, bell-shaped seed capsules.  I shall see if they self-seed in the garden.  I have saved some of pretty seed heads, and will set some in the spring time.
Posted by Stasher at 18:36