A little larger and more open than a posy perhaps, this is my bunch of flowers picked yesterday on the 31st of May.  So today this is on my window sill at the front of the house, with gentle light filtering through the various blooms.  Its been fairly nippy, but the garden is non the worse for it.  The cool weather and rain, but also days with good light,  has meant some flowers are hanging on for a good month. 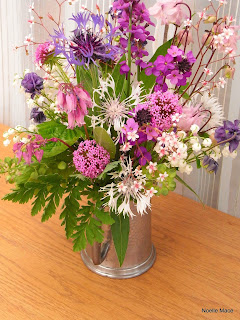 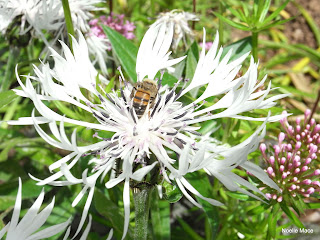 The bees forage, this one is on Centaurea Montana Alba, and it is very nearly 'full house' as they have been very busy.  Even the larger canes are being filled and the Mason Bees are starting to use the in between spaces.  I shall look out for more bee houses for next year, but I know not to get ones with too narrow canes nor ones that are too large. 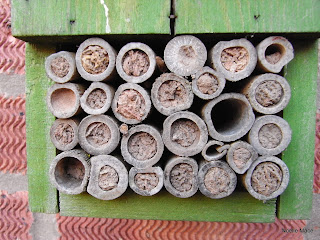 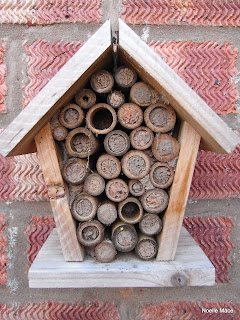 I was about to dead head some Muscari, and could not resist keeping the  'succulent looking' seed heads for the arrangement. 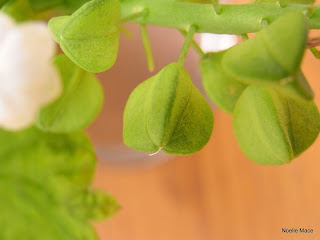 and on closer inspection the flowers of the Variagated London's Pride were charming, 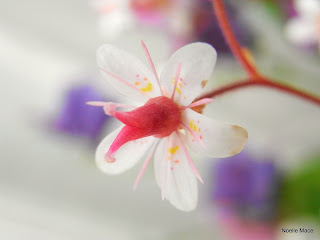 This is Phuopsis Stylosa, also known as Caucasian Crosswort, which I bought last year, and which sounds like the name of  an embroidery stitch.   I love the flower heads and the whorls of leaves.  It was very heavily scented when crushed with a smell not altogether pleasant during the spring, but as it has matured and flowered there is no scent, so with fairly long stems, this is a winner as an unusual cut flower, as far as I am concerned. 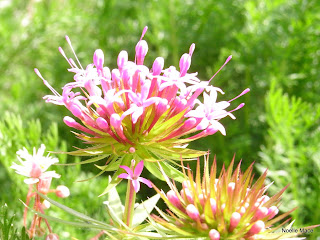 I am suffering at the moment, suffering from a surfeit of plants.  I have been out of control, and really there are too many pots hanging around.  I've therefore decided to sink some into the gravel, and see how things go.  This means than you have to use the stepping stones going down the garden for fear of treading on a little treasure.  Also I am reducing some of my larger clumps of perennials. 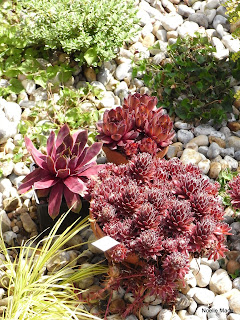 Most of the conservatory plants are also now outside for the summer. 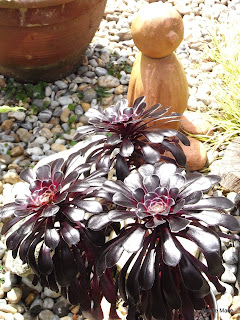