Its just not like me not to post for so long, so what have I been up to during May.  Lots....too much really, and not enough time to blog.

I've very nearly finished knitting a jumper which has been on the pins for too long.  I have a cushion project on the go.  In the meantime this month I knitted a made to measure bespoke tea cosy for my friend Marie-Claire.  It took me several attempts to get it just right, starting with a clever little stitch called rick rack. 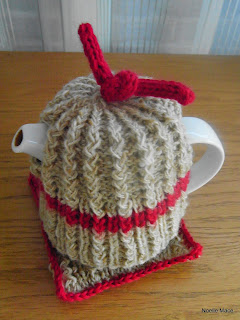 ﻿
Plenty of baking of course, mainly bread, including a batch of muffins, sourdough spelt, wholemeal, white and baguettes, and this great batch of pizza for his and hers, with enough for three meals at least, some in the freezer for busy days.  For me a layer of pesto, then roasted red peppers, topped by buffalo mozzarella, goats cheese and olives, roasted tomatoes some squashed for him. 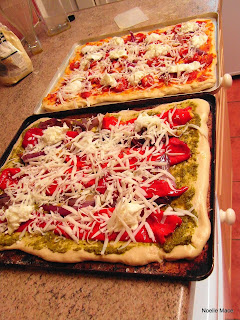 Its been a very cold late spring but the garden looked a picture. 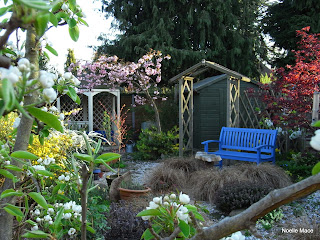 During the last few very wet days, the slugs has eaten my little courgette plant right down to the ground, and my runner bean plants are just hanging in. 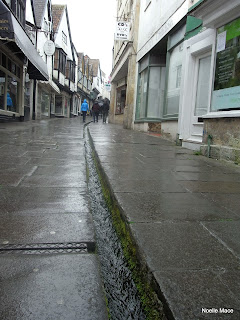 Had several friends round during the month, last ones included Penny with her daughter and new grand-son...
﻿
Posted by Stasher at 19:20