When Vicki called this morning I mentioned the dessert I made yesterday.  We have been without dessert for some time now..a real desert that is, not just fruit or yogurt!

I've been reading through the recipes in Short & Sweet, so had a few ideas in my head, so when I wondered what to do with a very large bag of cherries I quickly made up my mind.  I had bought the cherries last week to send back for Matthew on Friday but I had missed putting them by the front door, so they got forgotten in the kitchen until too late!

I would really recommend this as a great summer treat.  The recipe is available on line too from the Guardian.  What I like about this book is the way that ingredients are listed in the Index.  Even if you don't know what you want to make, and have some ingredients you want to use, its easy to find the recipes which include it. 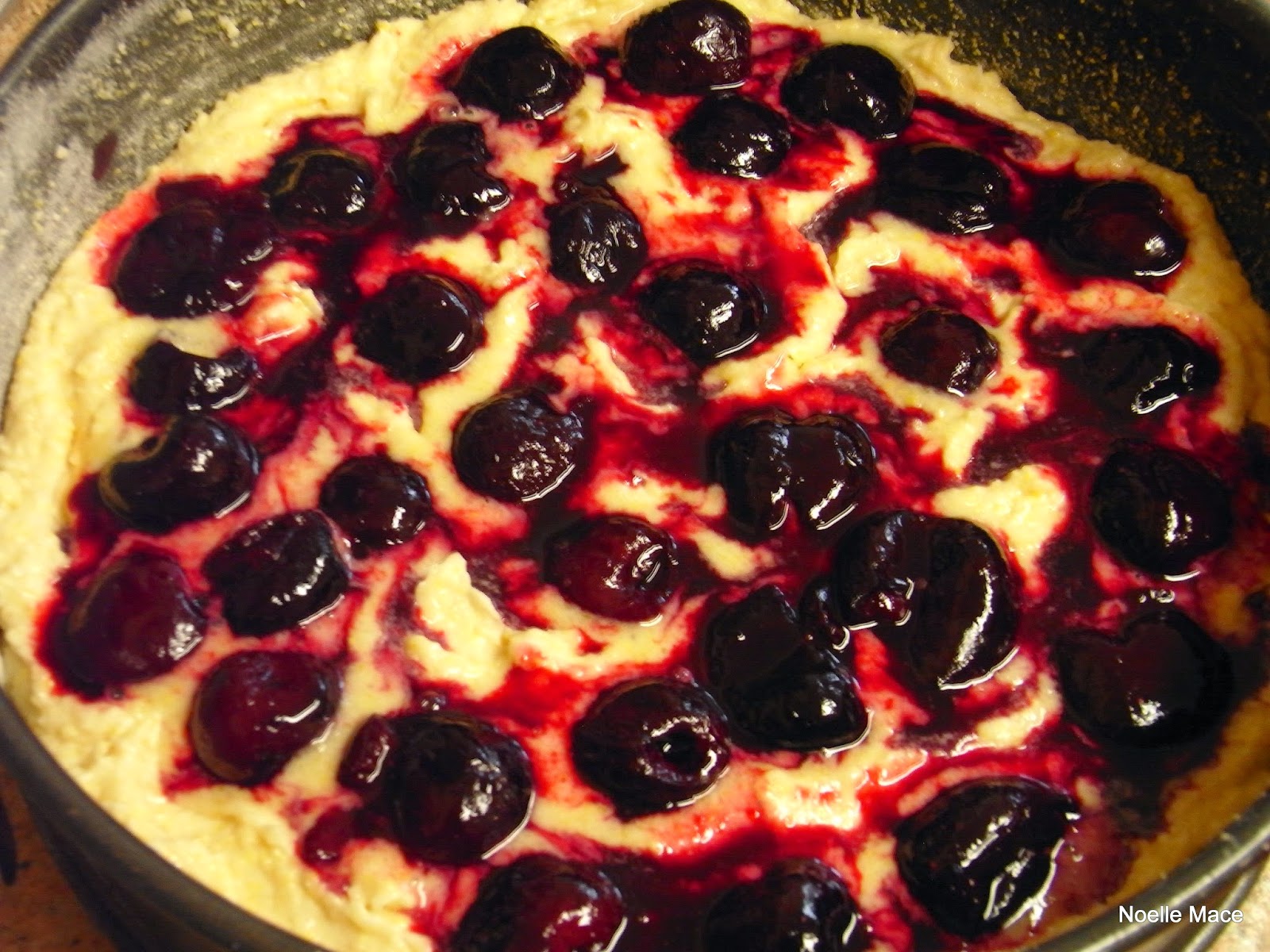 This is the mixture before the surface almonds were added.  Next time I would reduce the sugar to 150g in the mixture, and add 50g demerara sugar after the almonds.

Dan just says butter and flour the inside of the cake tin. I lined the bottom on my springform tin with baking parchment, which I think is an absolute must, if you don't wish to scratch the bottom on the tin with your serving knife, and it also makes it easy to move the 'tart' to a serving dish. 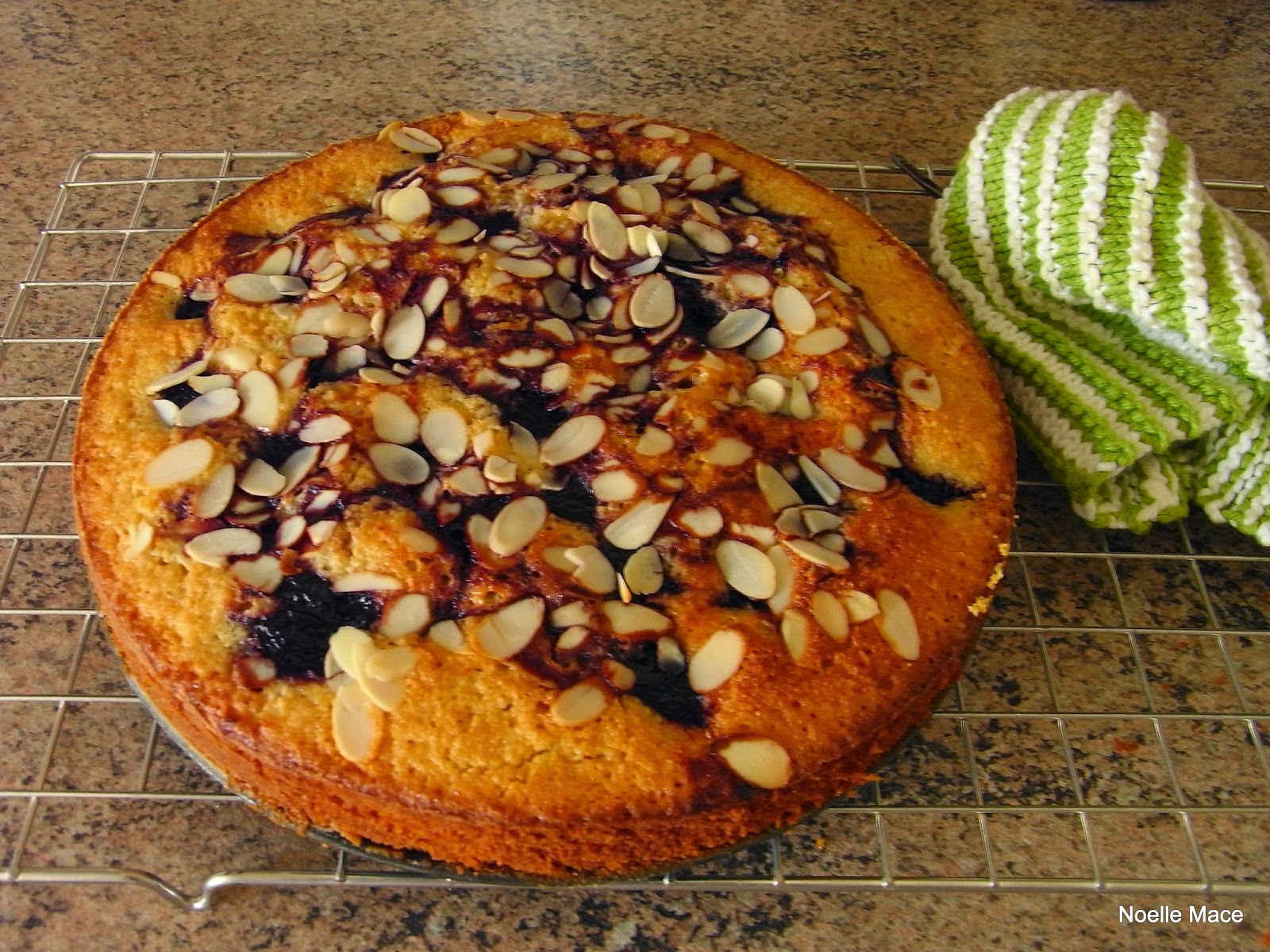 As there were about twice the amount of cherries, I cooked the whole lot, pitted first, and used some of my garden plum cheese, as I had no cherry jam, and then some alcohol other than grappa.  Half the cherries went into the cake, the other half to serve alongside. 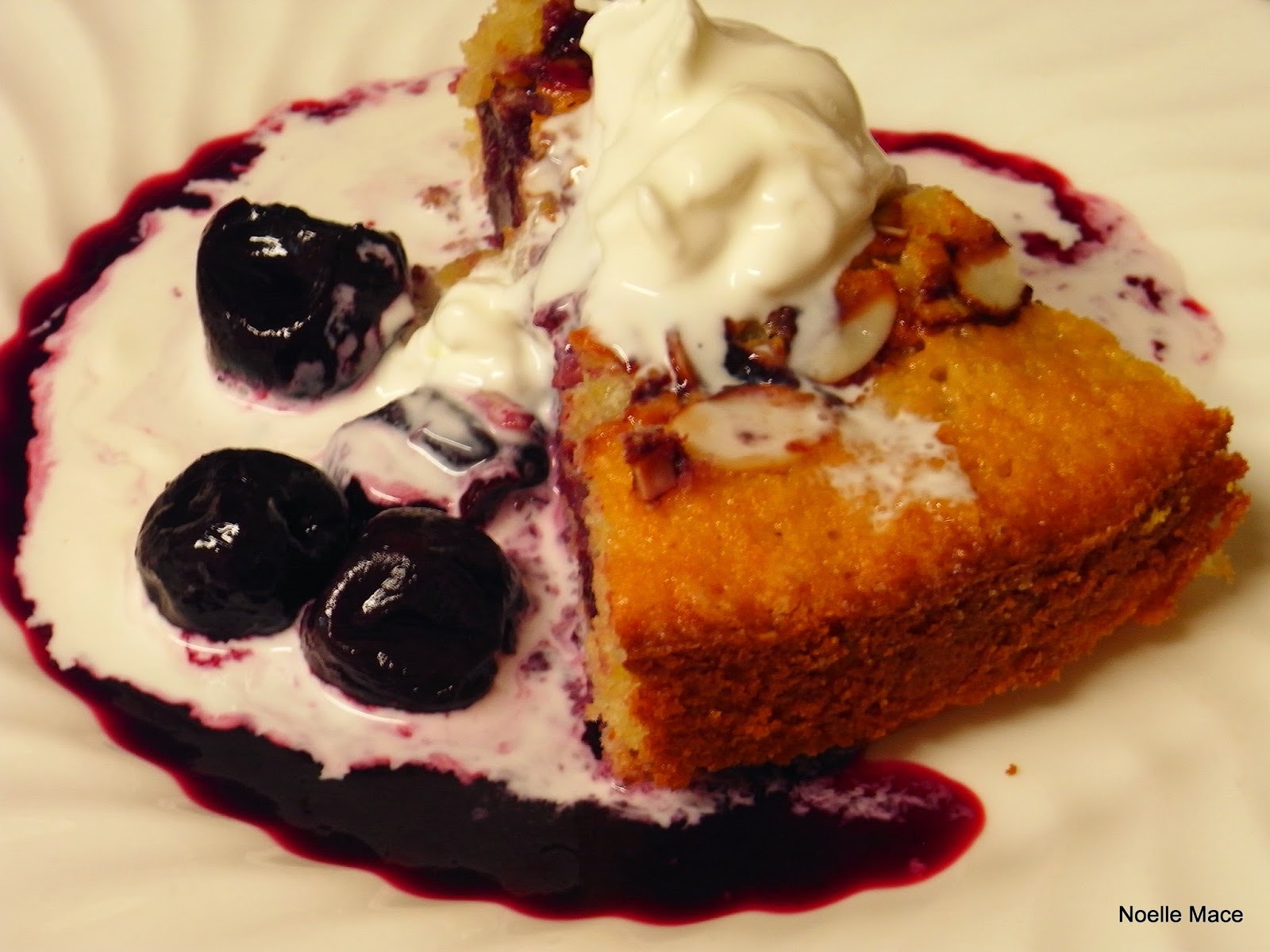