For a year or so I have found some scaring on the stems of some of my roses, particularly on Grace which has soft pale green growth.  I had suspected that it was the twine which I use to stake the stems as they grow floppy when there is poor light.

My five minutes walk round the garden this evening revealed the culprit:  Rose Saw Fly, caught in the act.  I tried to remove them from the stem, but they had their egg laying organ still in the stem.  You can see the scar along which they had already laid their eggs. 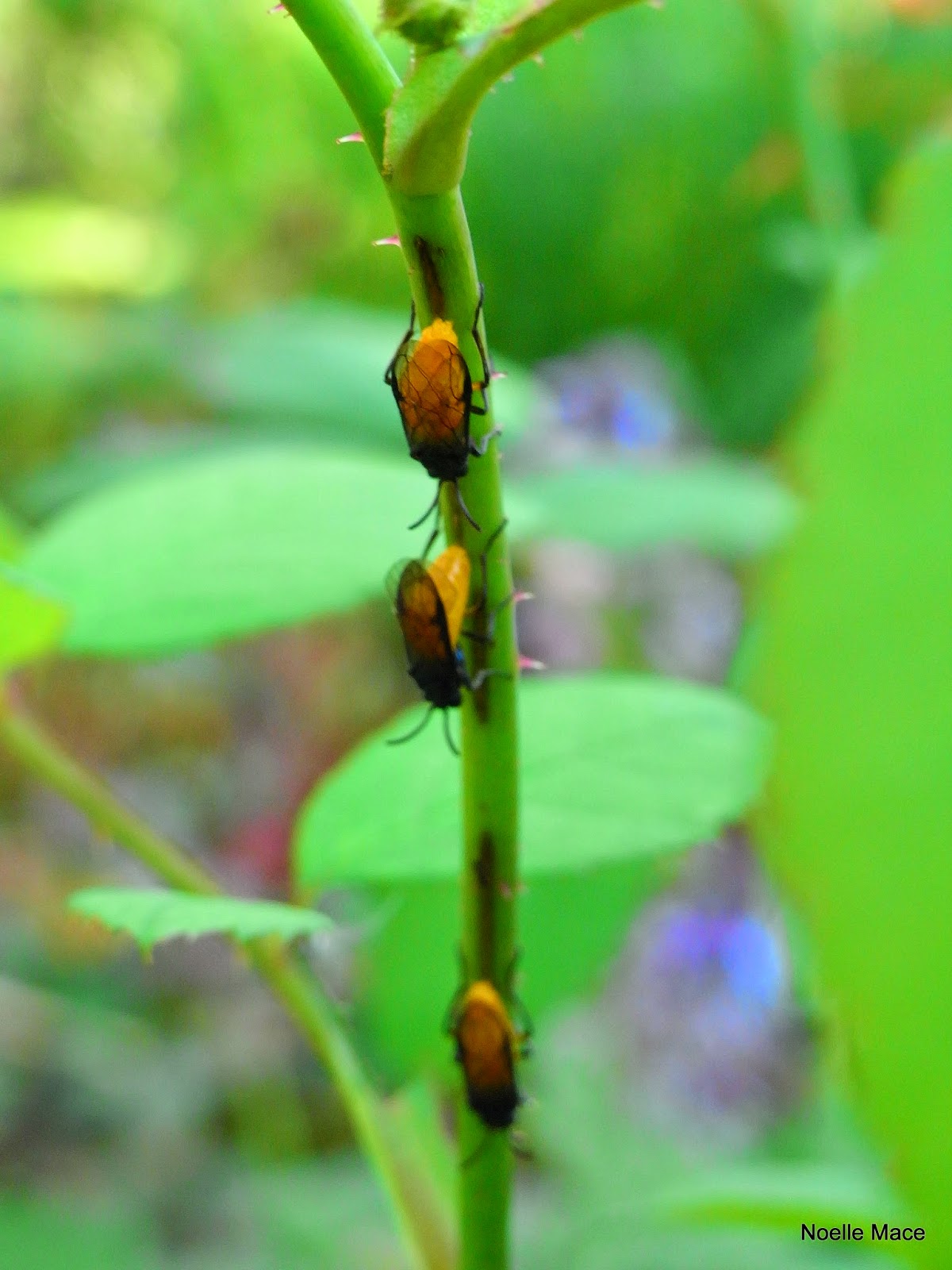 I did not know its name but I looked up fly with orange body on roses and was able to identify it straight away.  What is also remarkable is its life cycle.  I now also know what the little 'caterpillars' I found feasting on the leaves which I squidged between my fingers too today.  They are the young of the Rose Saw Fly.  Since this morning several of my new young rose bushes have been attacked.

When the larvae which look like caterpillars have had their fill, the fall to the ground and pupate, so after the rain and the sun they must be re emerging.

I shall be back out straight away on the hunt, and will be trying to keep my eye out for them as I read that there can be up to six generations in a year!  Together with the leaf cutting bee, my roses are under attack and it is up to me to out to defend them.  I can tolerate the bee but the sawfly no!

Updated a week later, as I have found the eggs of the sawfly push open and lie in the deep scar, just on the point of hatching.  No wonder those little flower stems and rose buds are weakened.  I checked the stems, some of the eggs had hatched the smallest of caterpillars, which have since been squashed. 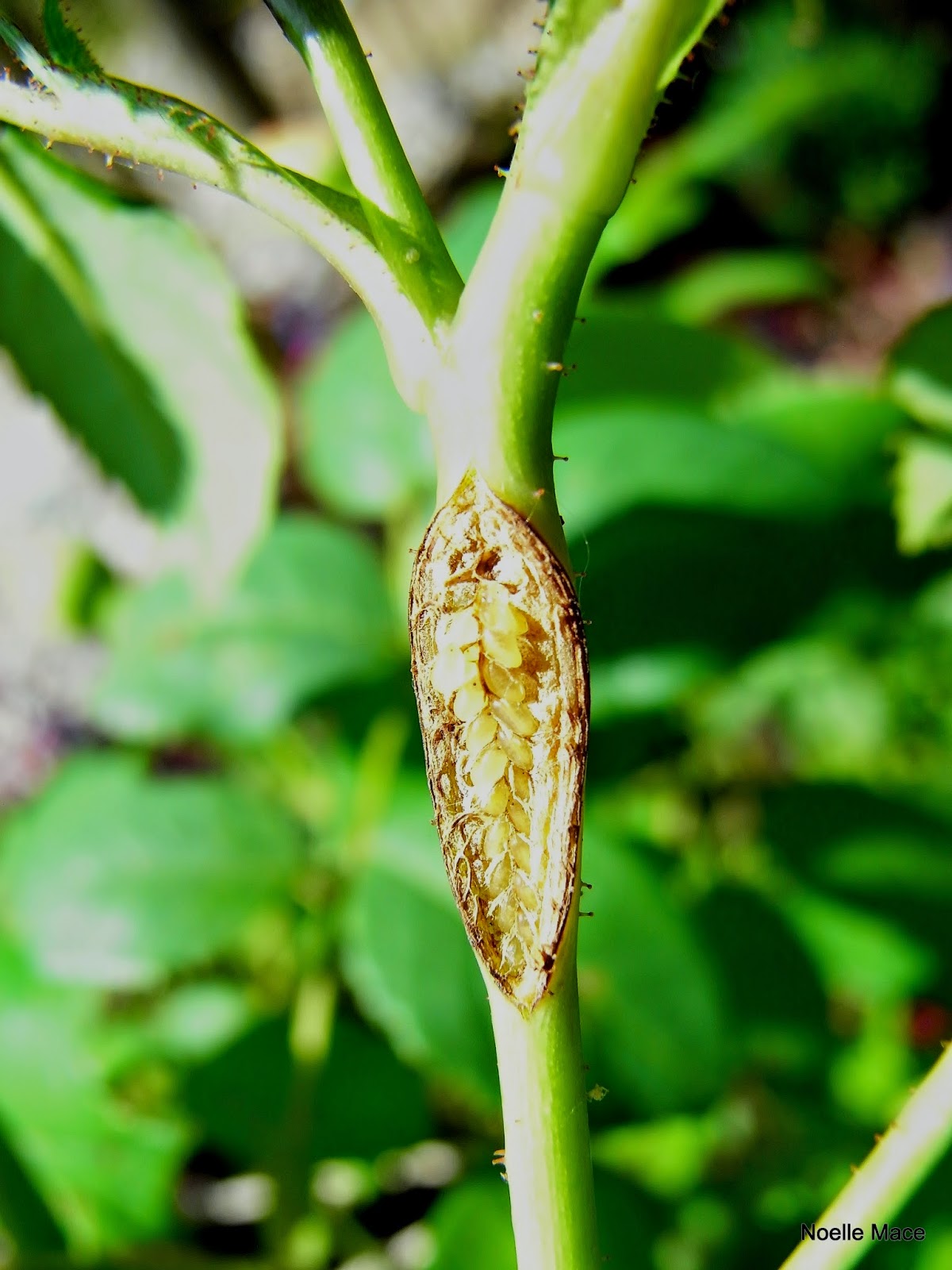