New Succulents from the Shrewsbury Show 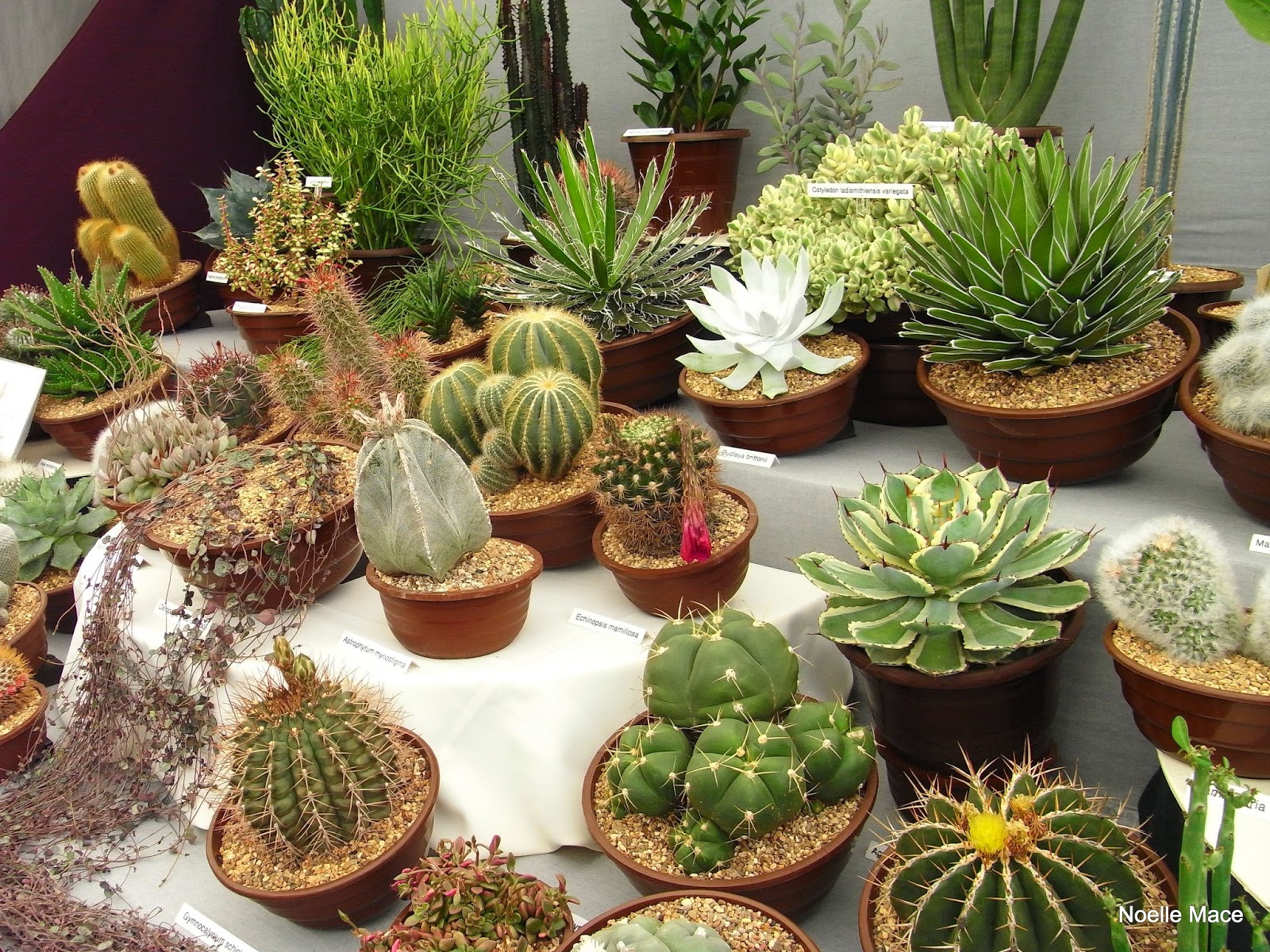 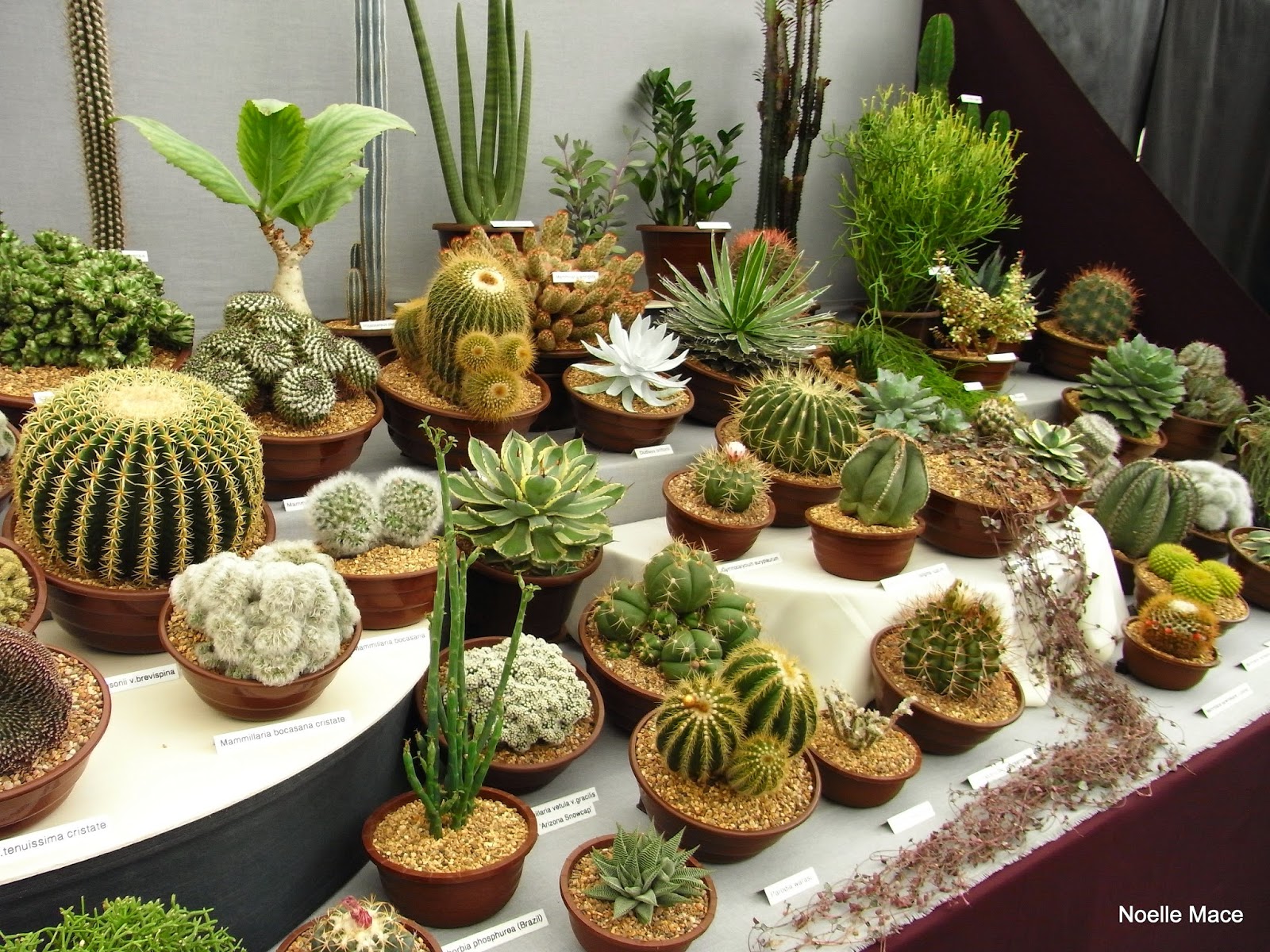 The Kenilworth Horticultural Society had organised a trip to the Shrewsbury Show, and this time Hubby came with me.  I don't often go on outings but this time members of the Committee had turned out to support our outings secretary who goes to great efforts to organise trips which the members would enjoy.

I didn't know quite what to expect.  The large tent with growers was spectacular, with exhibits of herbaceaous plants, gladioli, fuchias etc.  My eye was drawn to the succulent growers.  At first I thought there was just the one, but I think there were three.  The first one I came to had a magnificent bowl of Faucaria Tigrina, 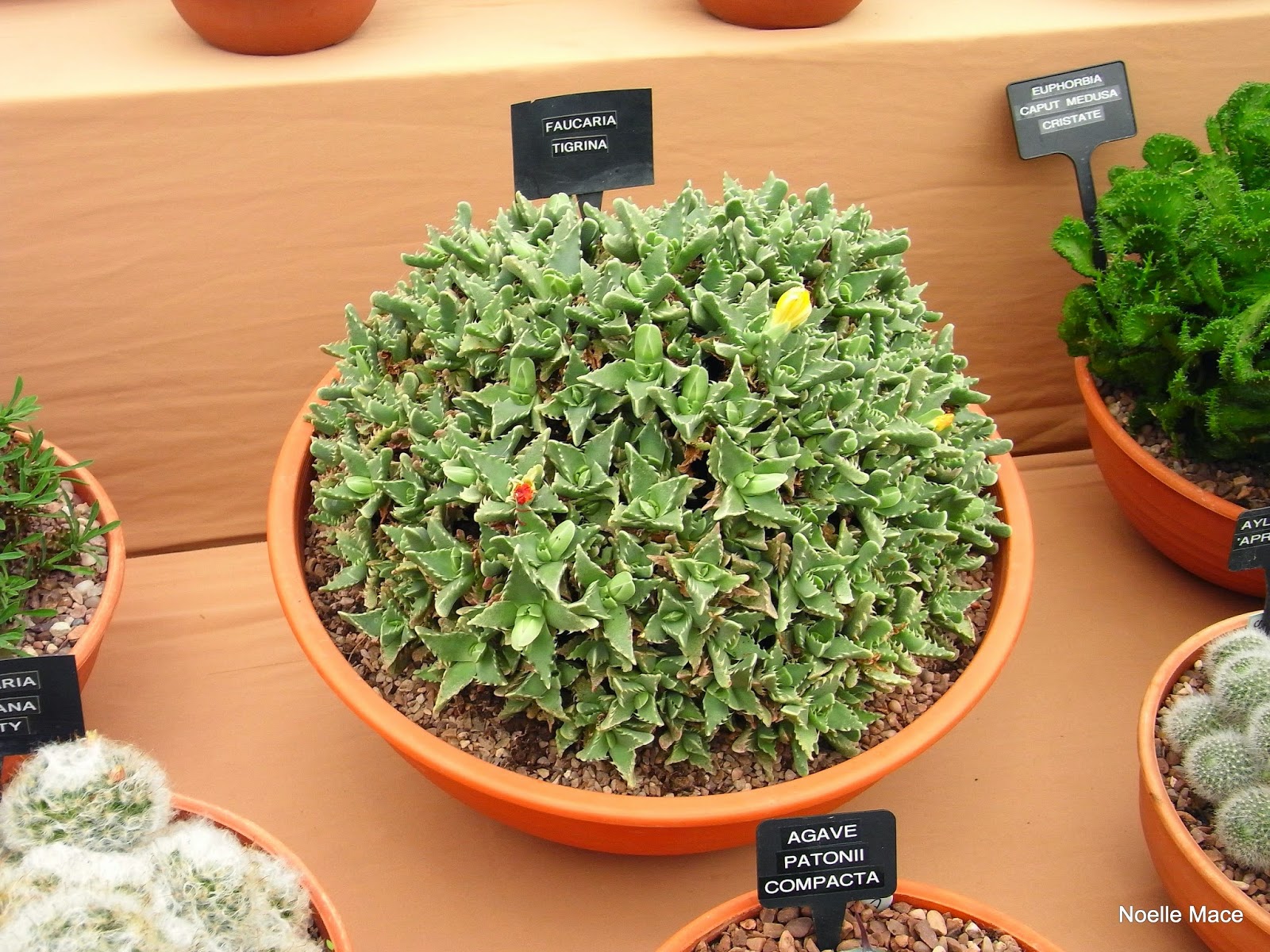 but non for sale, so I bought the very similar Faucaria Bosscheana, which I noticed this morning has just come into flower.  Here I have re potted it.  It is actually in a smaller spot, burried in the stones to give it space to show itself off. 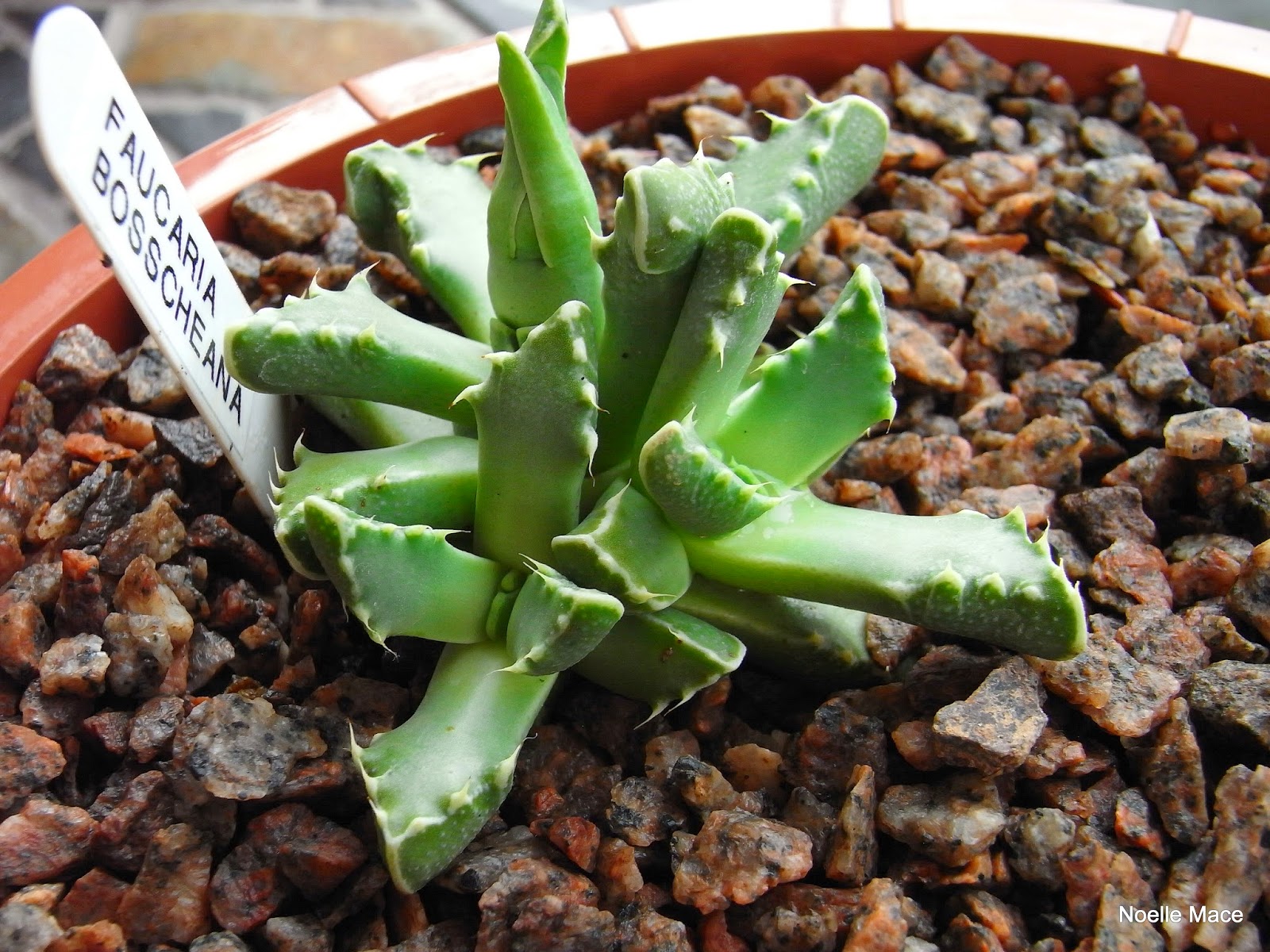 Later I found at another stall the Faucaria Tigrina, so got that too.  I call it Tiger Jaws.  The spikes are soft not prickly, so fine for me.  I just can't get on with cacti with thorns etc!  Reminds me of when I fell in a large thorny cactus in Mauritius when I was little! 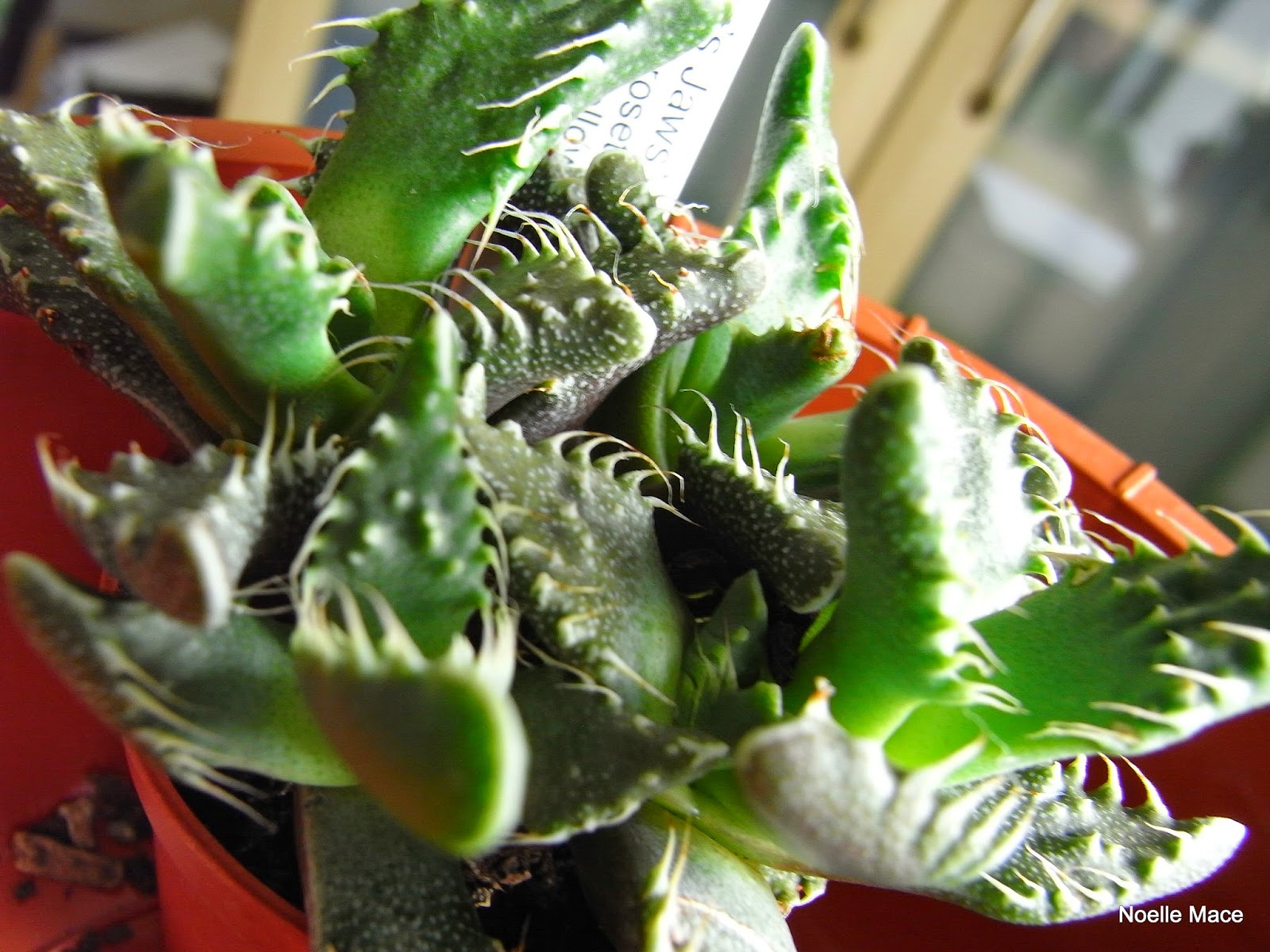 Another few to add to my collection was Scilla Nervosa, well that is what it said on the label, but I am not sure of the name.  It is very small, succulent like, with purple skin on its bulbs. It does not look like the other pictures I have found on the internet.  I have since found the name:  Ledebouria socialis ' Silver Squill' 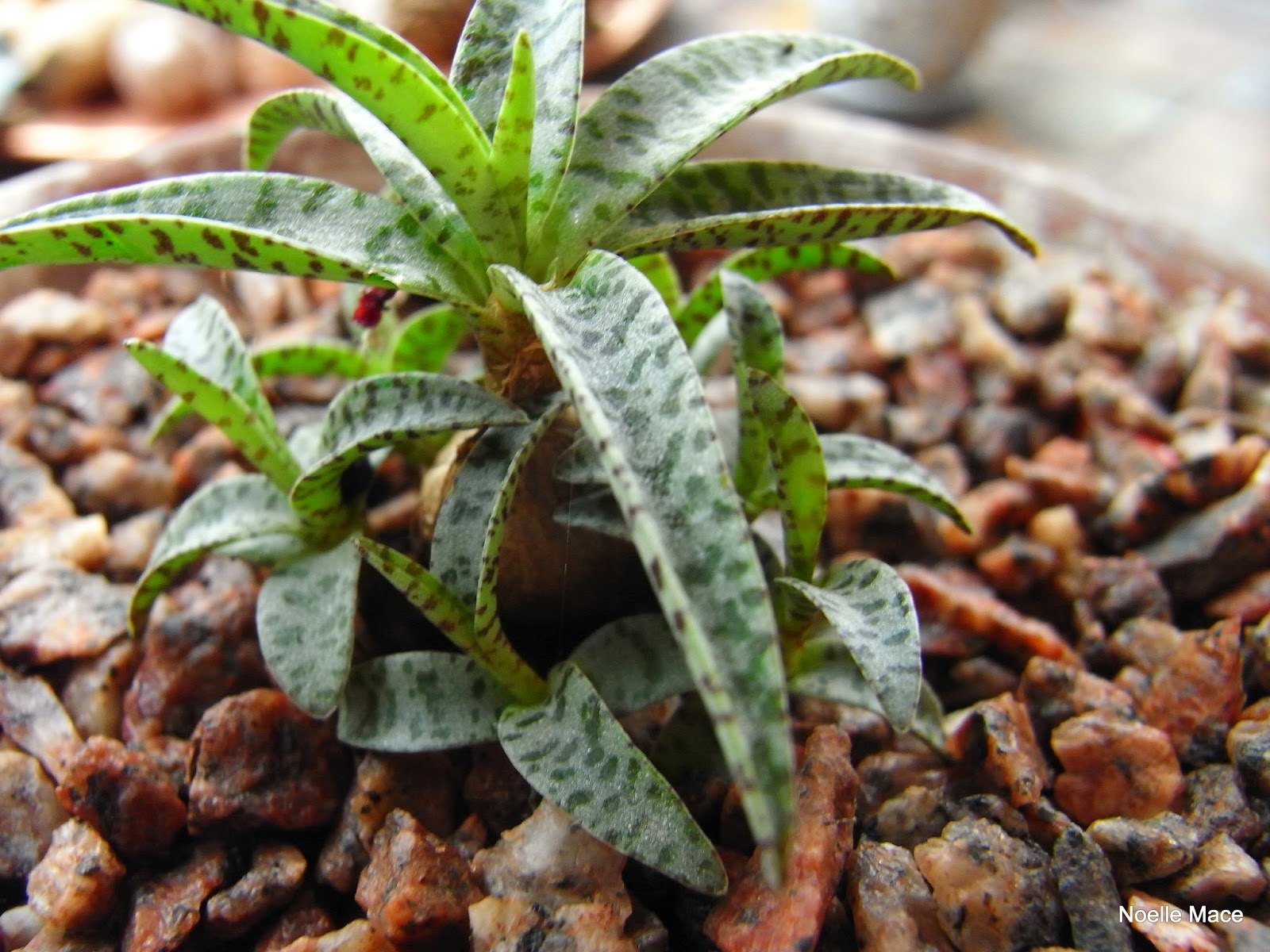 Pachphytum Oviferum, a bit bruised after its journey! 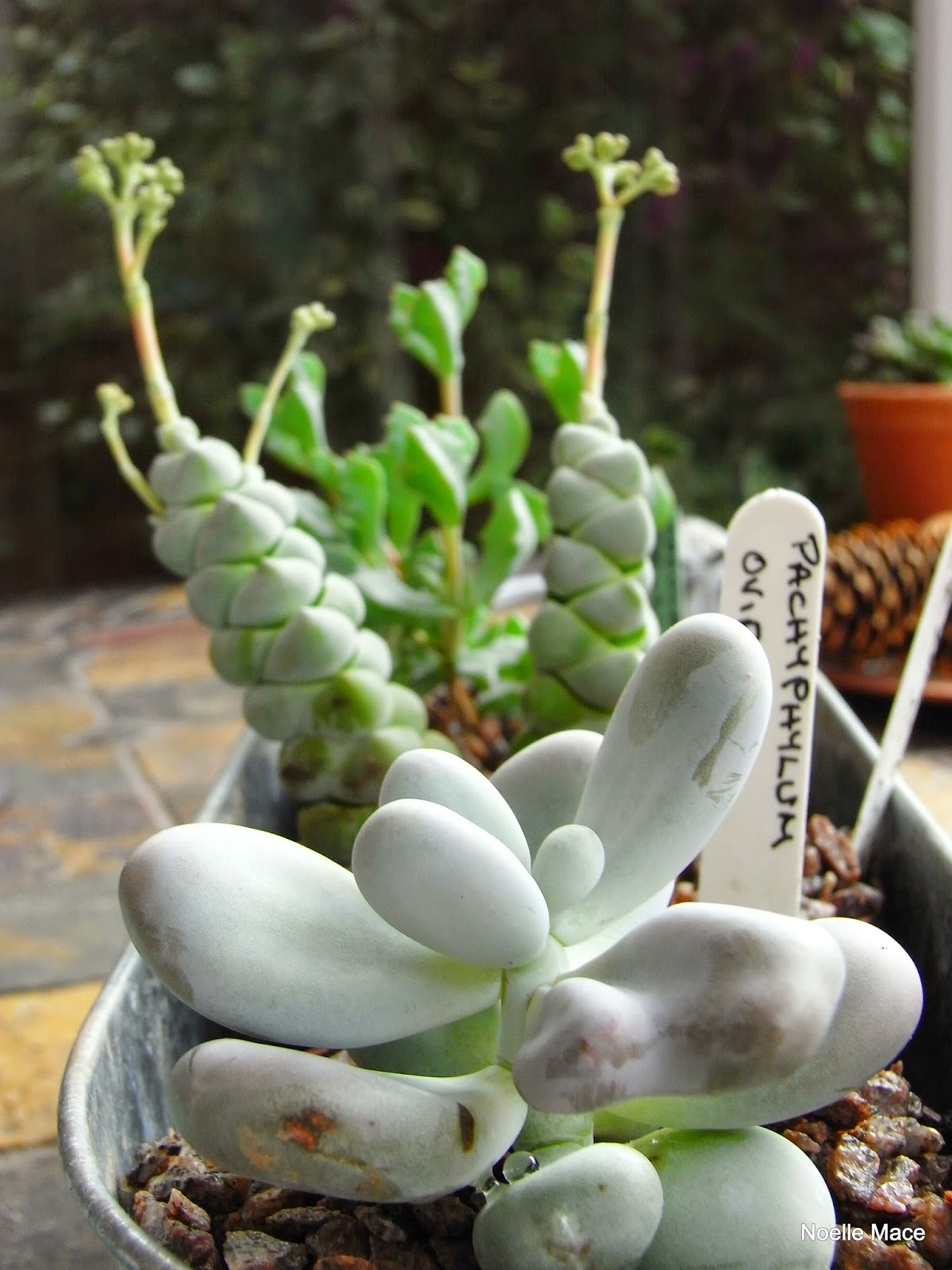 Haworthia Tessellata,  which I loved on account of the patterning on the leaves. 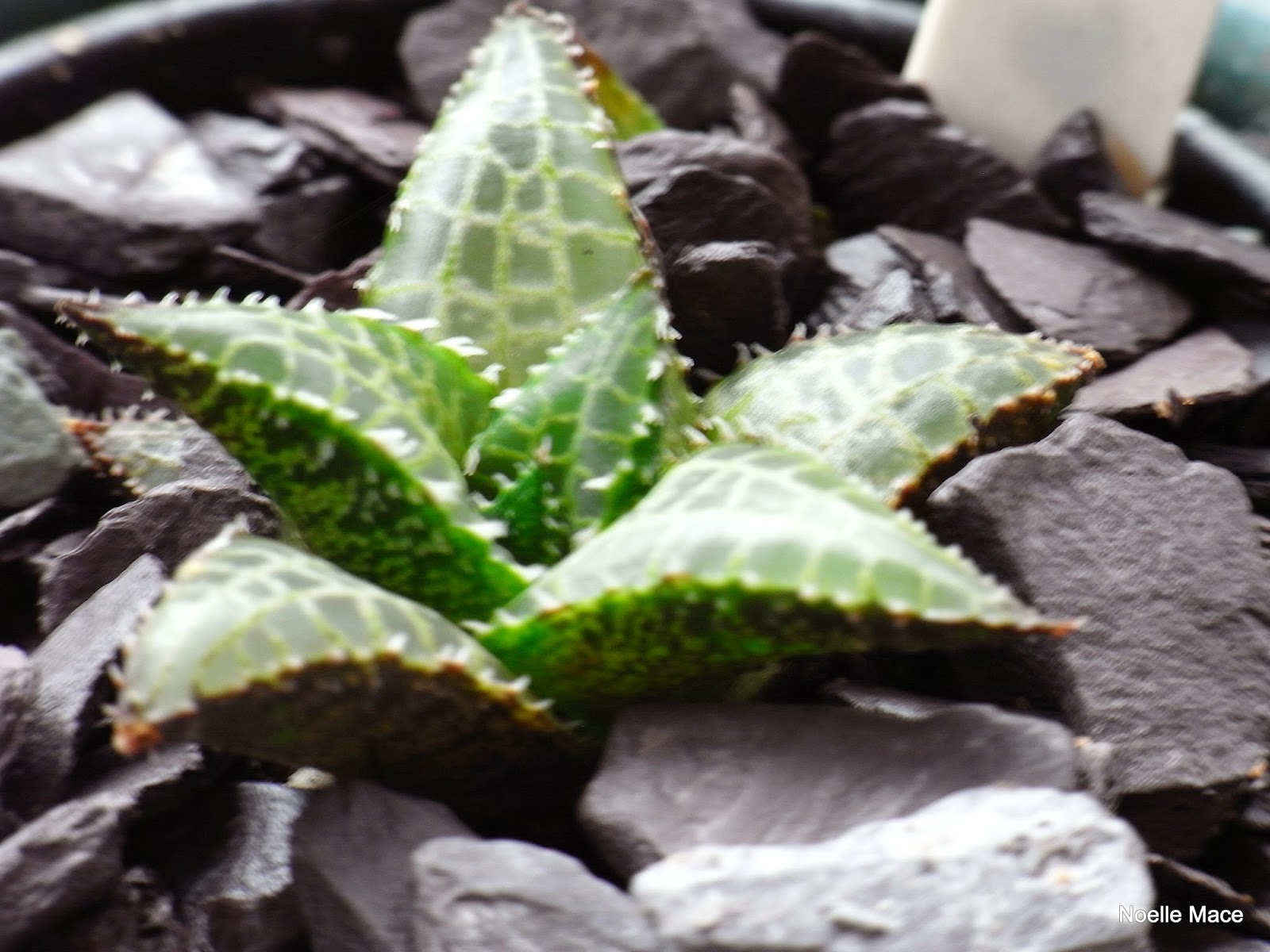 Crassula Plegmatoides v Arta,  with oscularia deltoides in the background.  This will have pink flowers in good time. 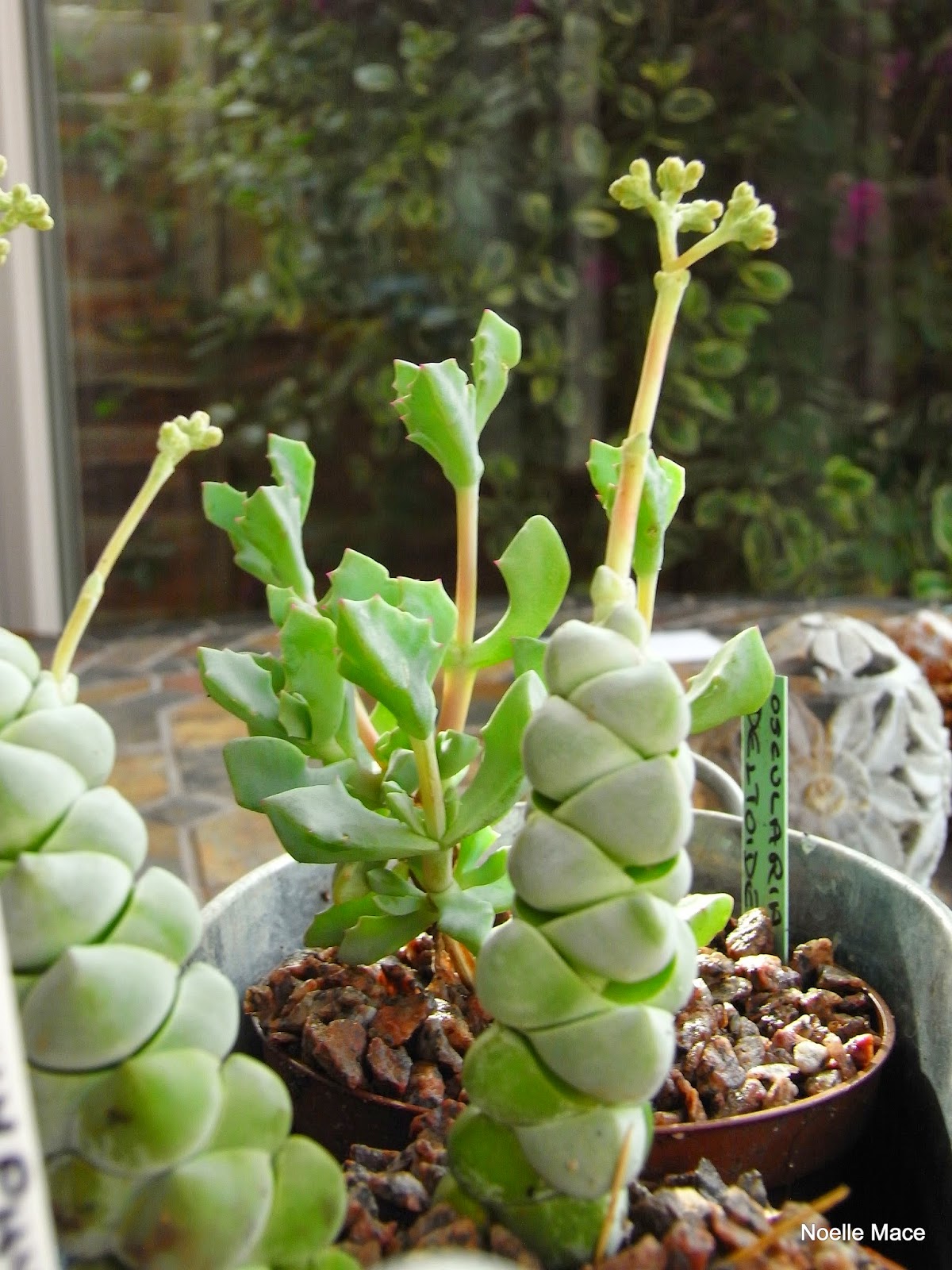 I find these succulents so interesting, and with south facing windows and a conservatory this carries through my gardening through the winter months.

Another little purchase was the grass Halonecholoa Macra Albo Striata.  Again I was looking for a slightly different plant the golden grass.  I shall keep it growing in a pot, down in the shady part of the garden along with my ferns and bamboo.

The flower displays were beautiful and there were some interesting little modern touches... 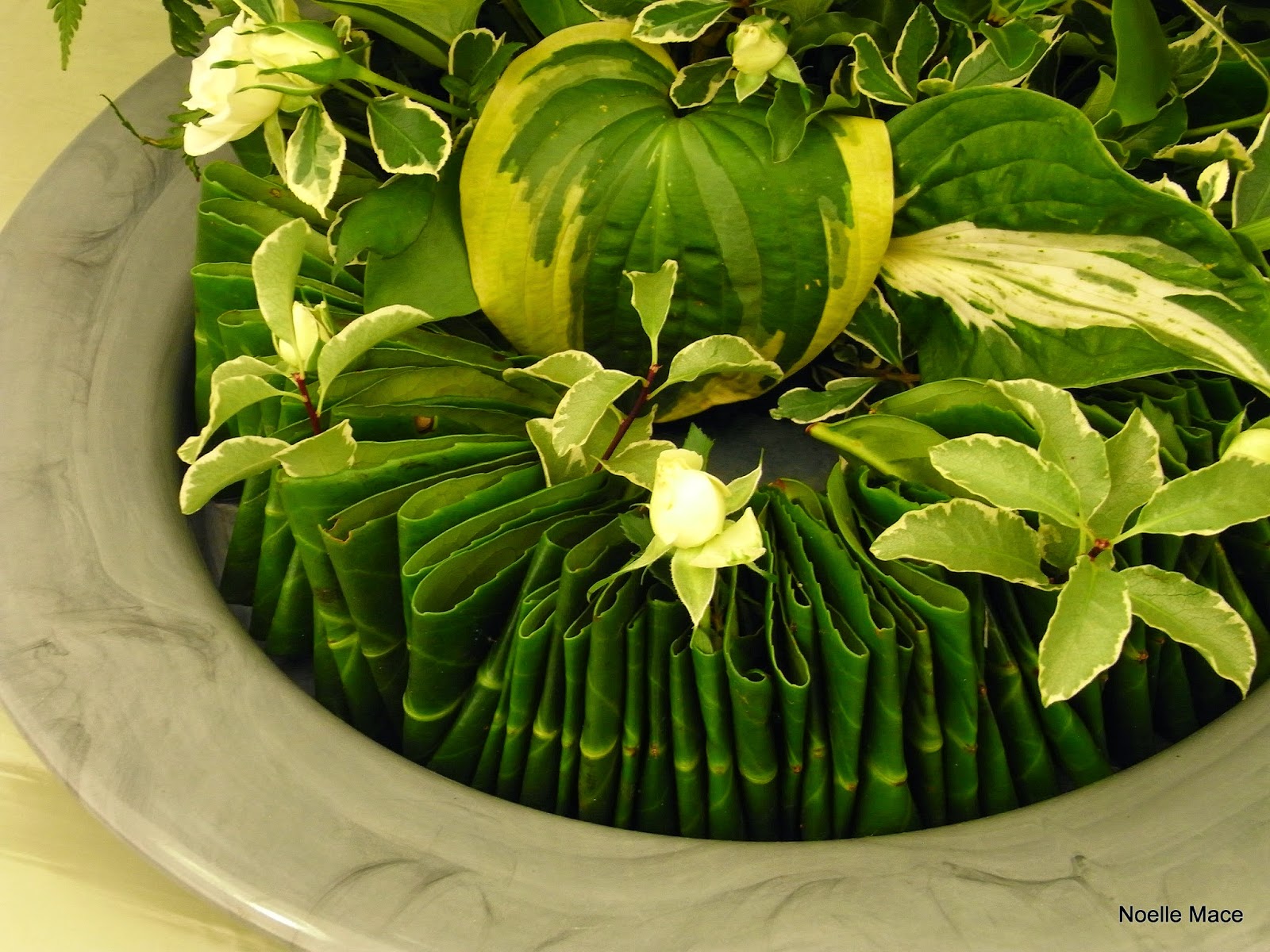 This one has wool wound round canes, so of course I was interested in this! 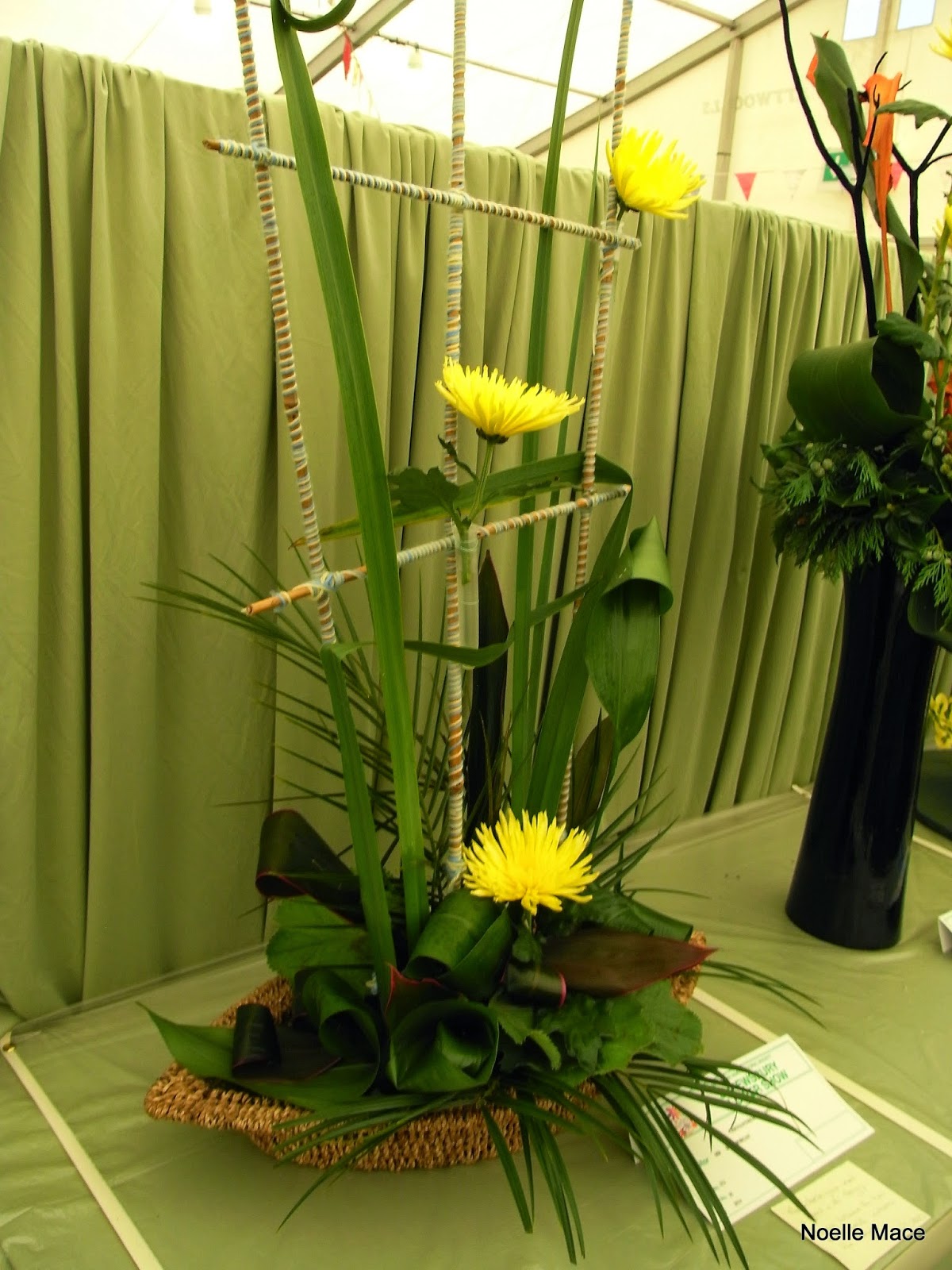 I seem to going through my grumpy old woman phase again...I feel that these shows are getting a little too big for their boots, or else I get as much from more local, smaller shows.  It was fairly expensive to get it, and especially when I think there was one of us who went just for the ride.  Yes they were lots of other things to do, with bands playing, dog displays etc.  I thought there would have been many more gardening type stalls outside, rather than being just  'general' merchants of this and that.  If I pay good money to go to a Show  I expect more than that.  Also I feel that the food stalls were on the poor side, so it will be packed lunches next time we go!

What I did like was being able to speak to a few plant specialists.....and finding out the correct name for one of the succulents I have had for many years now:  Cotyledon Orbiculata 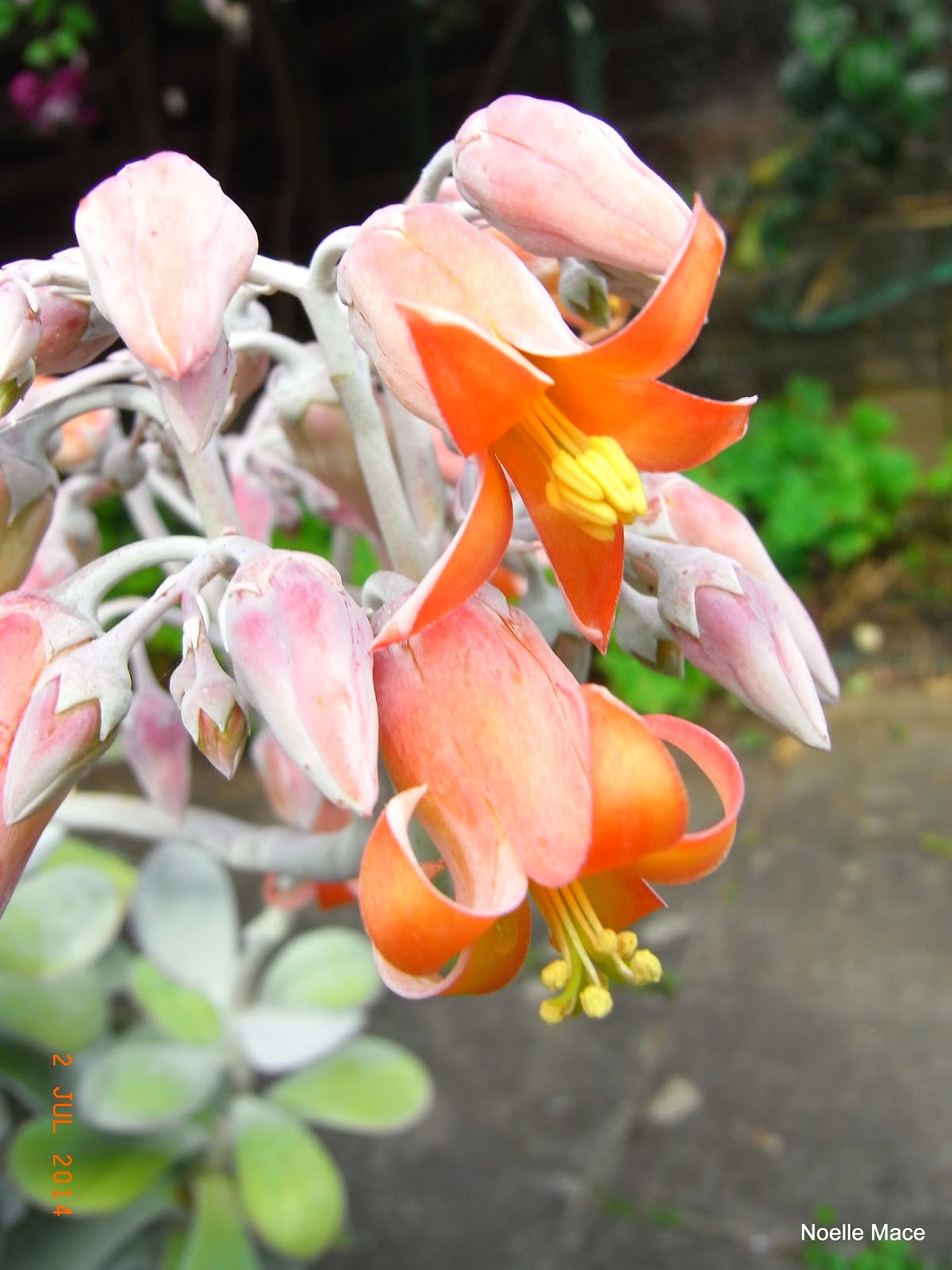