Snowdrops in a Vase on Monday

I've already featured Snowdrops in a Vase  this year, but why stop at just once a year?

During the week via the bush telegraph, which is via WhatsApp they days, I learnt that one of our netball team lost her mother.  When I hear of such news, my heart goes out and I also think of my own mother.   Even though it was snowing, I felt I just had to pop a card and a little posy on our team member's doorstep. 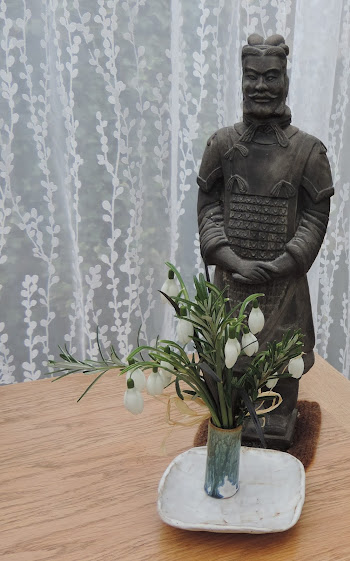 I added some Rosemary for remembrance, and to reflect my mood a few leaves of Black mondo grass Ophiopogon planiscapus 'Nigrescens'.  The snowdrops growing in the front garden, together with their greenery, were tied together with a little raffia,  which was in a glass jam jar, in case my friend was out. 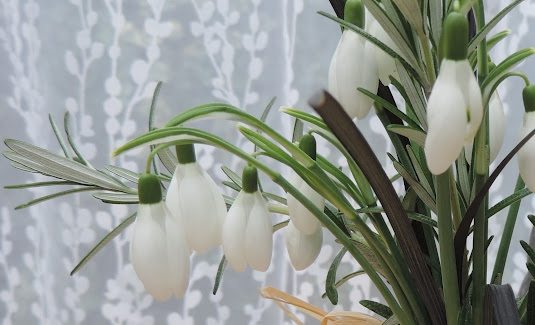 I am linking this post in with Cathy's, which feature upside down vases and not quite snowdrops.  With love to all our mothers....