After getting back from the Wastells, we went straight into hosting Jenny, fetching her from Birmingham Airport on Wednesday through to dropping her off for the coach to Heathrowon Sunday.

On Saturday we spent the day out in Birmingham, taking the train from Tile Hill. 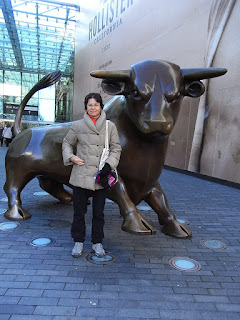 We stopped to take pictures by the Bull, then we went on to see the Staffordshire Hoard, which Mr S & I had been wanting to see for some time. The quality of the work was breath taking. After that exhibit, Jenny went out for a walk and Mr S and I went on to look at other sections of the Museum, which we had not touched on previous visits.


After lunch in the Museum we went on a walk up to the Jewellery quarter. The route took us over one of the canals. 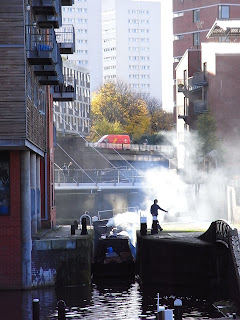 We had an interesting visit to the Museum of Jewellery but did not have time for the guided visit. On the route back we came across the Pen Room. Roni from the Kenilworth Knit and Natter group mentioned that she had taken some relatives there and recommended it. We had only meant to have a peep, but I think we must have spent at least an hour there. Certainly we shall return. The architecture of the area with its industrial roots is well kept, tidiness of the area, is certainly well worth the visit.


After dropping Jenny at Warwick Parkway 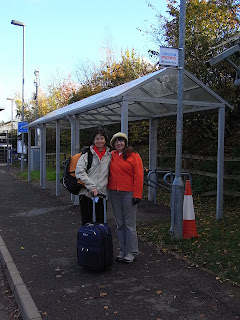 we had planned on going for a Sunday afternoon walk, and with the memory of Birmingham canal still on our minds, we opted to park close by the railway station and go for a walk along that part of the canal. Going up from the Lower Hatton Lock Keepers Cottage 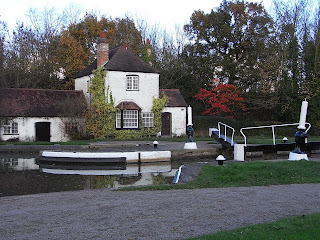 The country side had that early winter feel to it, the air was calm, but the damp rising up from the canal soon got through our clothes, and the thought on a warm drink back home soon beckoned. 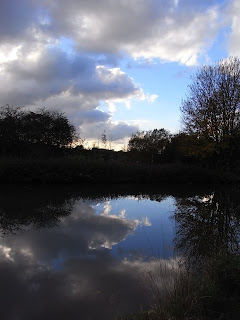