Last year at the annual prize giving for Kenilworth in Bloom, several of us bid up the prize offered by John Taylor Funeral Sevices, and it was Janet who scooped the prize...at least Caroline and I chicken somewhere beyond £100 when we wondered what we would use a Jaguar limousine for!  I think Janet did too when she outbid the rest of us.  Just in time, before the expiry date she came up with the bright idea of sharing it amongst some of her garden and plant loving friends.  With several rounds of consultations, the trip and date was set for Thursday.

We all convened at 10 am outside John Taylor, and met up with our lovely driver Max.  Here we are: Janet, Caroline, and Liz at the back...and Myra, myself and Madeleine in the front.  Each time we stopped, we moved around so that we managed to have a great trip with discussions of plants etc. 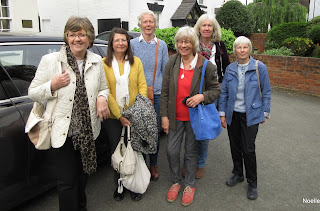 First stop was Bourton House Garden...and several bottles of fizzy were waiting in the boot!  First one was cracked open before the visit. 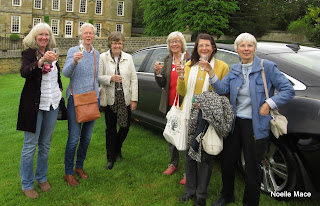 The borrowed landscape was superb with early bright green colour and an abundance of flowering hawthorn.  The gardeners were out trimming up the lovely topiary. 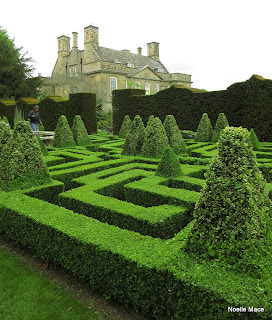 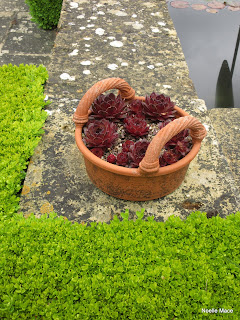 We would have loved some labels...but between us we seemed to come up with some names for some of the plants.  We had dressed appropriately for the day, with the ability to get down on hands and knees to admire plants. 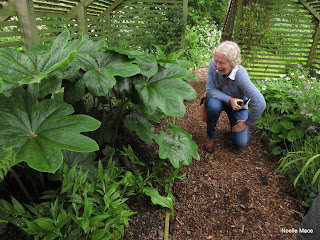 Here are some plants which caught my eye.. 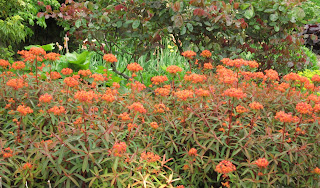 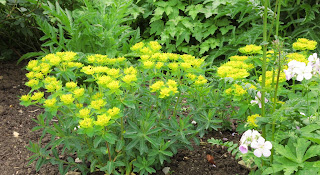 Euphorbias both! As always I got up close to some..... 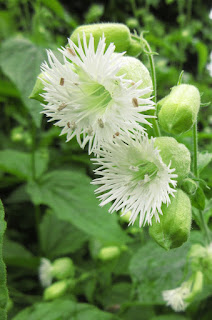 For lunch Janet had chosen a village cafe run as cooperative in the really picturesque village of Blockley, and our table booked ahead was waiting for us.  The way Max managed to drive and manoeuvre the large car was truly commendable.  To think I had been so close to this village and never visited...Mr S and I are sure to go there before we move away, and visit this lovely eating place once more.

My choice was a skillet of eggs on spinach covered with cheese and cream, with a hunk of bread, and Caroline and Janet chose macaroni cheese....good lining ready for our second glass of bubbly! 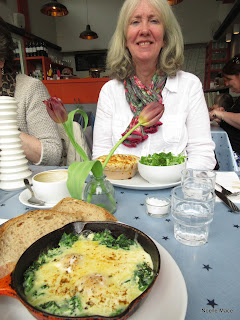 With coffee and almond and orange cake for most of us, it was time to set off for Cotswold Garden Flowers.  Luckily I had been before and realised that there was a long rough road leading to the nursery.  We had a great time...and I could not contain myself...I could not buy any plants on account of the forthcoming move, but at least that meant there was just about enough room to squeeze in plants for all the others!  This time the plants in the garden were mostly in flower.  The Tulipa Sprengeri 'Trotters Form' were stealing the show. 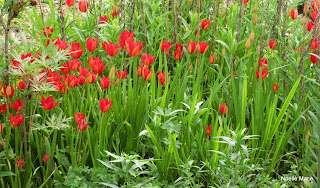 and when I saw this lovely specimen of Budleja Globosa it brought back great memories...I planted it in my first garden in the UK, and I had grown it myself from a cutting.... 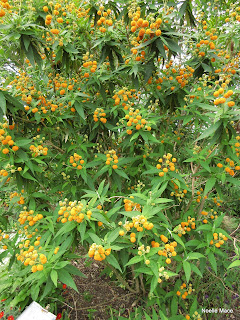 already I am forming an idea of what I want to plant in my new garden.  To have such a plant the form and little orange pompoms during early summer!

We had our second little glass of bubbly here, but decided the remaining bottles could go to another charity event for their auction! 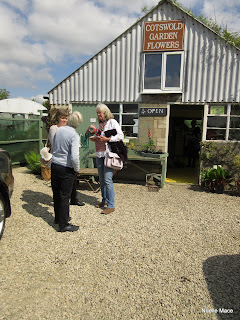 This day out ranks really highly for me and will be remembered for a very long time.  Many thanks to Janet for arranging this and for the delightful company of fellow gardeners.