To end the year I planned a solitary cycle ride on the levels taking me a little further than a week or so ago.  With ordinance survey opened out, I found a low point in the ridge along which the B3139 runs from Wells through to Wedmore and beyond.  It was across the gap near Panborough that I ventured from North Moor to Knowle Moor which lies wedged between this ridge and the Mendips.

On North Moor the tall willows mark the edges of dykes along field boundaries, and within the grazing areas wide expanses of sedges dot the grasses Over the last few weeks I have come to appreciate the beauty of this low level countryside, and plan to learn more about  its flora and fauna. 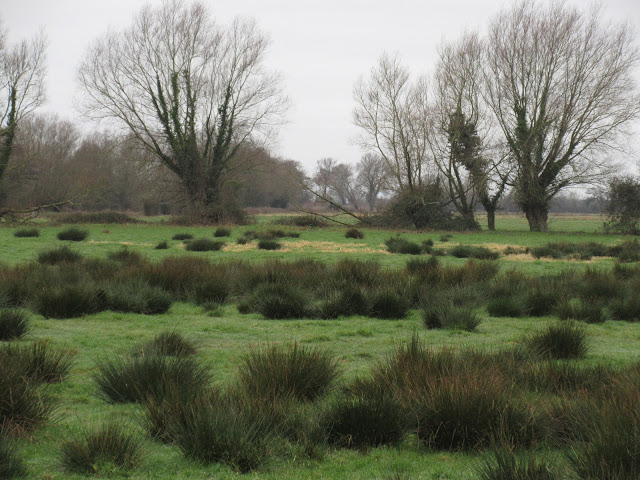 Towards the ridge, it was the Alder Trees that started to take over from the Willows.  In the low winter light, their twigs with tight buds shone purple. 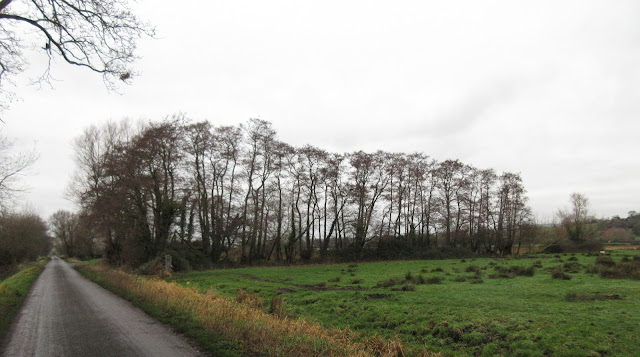 With their leaves all gone, the structure of the branches is silhouetted against the low grey clouds,  again forming field bounderies.  The Alnus glutinosa adds fertility as it is able to trap nitrogen with the help nitrogen fixing bacteria.

At one stage a brightly coloured kingfisher flew ahead of me along a dyke,  and later I stopped to watch a sole little egret, I think, well it was egret shaped and white, but as soon as it turned and saw me, it flew off!   There were the usual flocks of gold finch, long tail tits, willow and other tits. 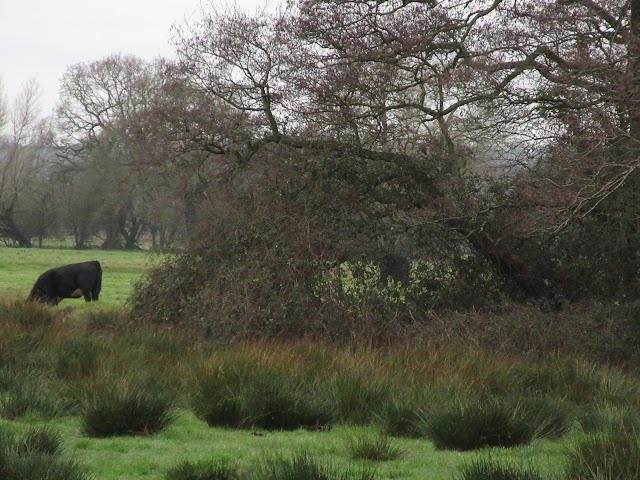 On the way back I cycled round Knowle Hill, where I found a young heifer loose on the drove.   At the time I was anxious in case it turned towards me, so I made sure I kept a constant steady slow speed, and as it jumped the dyke  in a well trodden area, It dawned on me that it must have done this several times. It had galloped in front of me for half a kilometer before jumping the dyke and then swaggering into its 'home' field by Knowle Farm.

On the last leg of the cycle, I had a few hills to pass through as I cycled through Yarley and back towards the Ben Knowle and Hay Hill Gaps, passing Fenny CastleVineyard.

Labels: Feeling pleased with myself, Trees