Yesterday I spent an hour or so trying to judge what I would cut for a vase.  There is not much during this in between time in the garden.  One little job I had been meaning to do is make up some little Kokedama balls with some of the rooted cuttings of Crassula Ovata Gollum.  With their moss these little balls roll around...but you can squidge them into standing uprightish!  It was another IVOM contributor who first tickled my interest: Sandra D of Wild Flower. 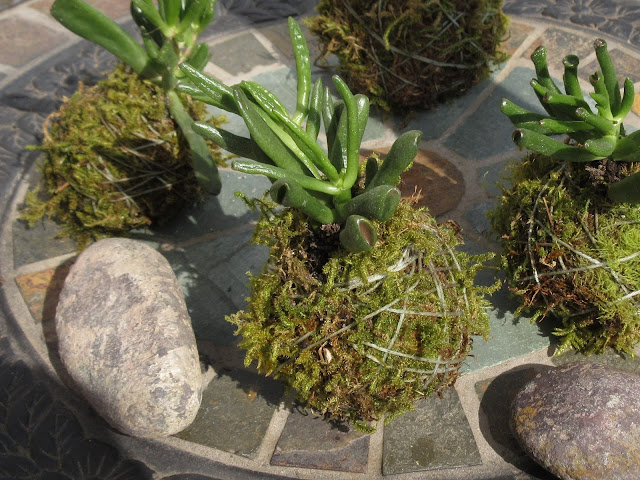 The rolling stones posing alongside on my stone top table, are true volcanic bombs from a Volcano that was active during the Silurian period.  I collected these from on bench in Moons Hill Quarry where they had rolled down after the last blasting. 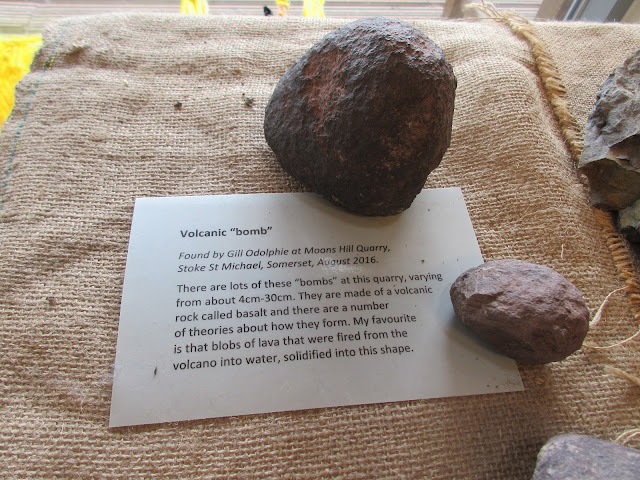 On a previous geology field trip we explored a cutting where the moss laid thick.  A few handfuls were gathered to make the Kokedama. 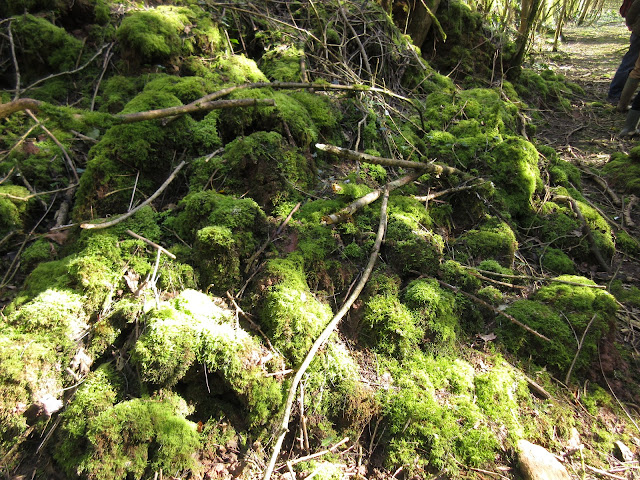 Further along on the walk we came across a 'prehistoric' cliff along which the sea used to lap....the fields have long been managed organically, and although this was a geology field trip, I was on the look out for emerging wild flowers. 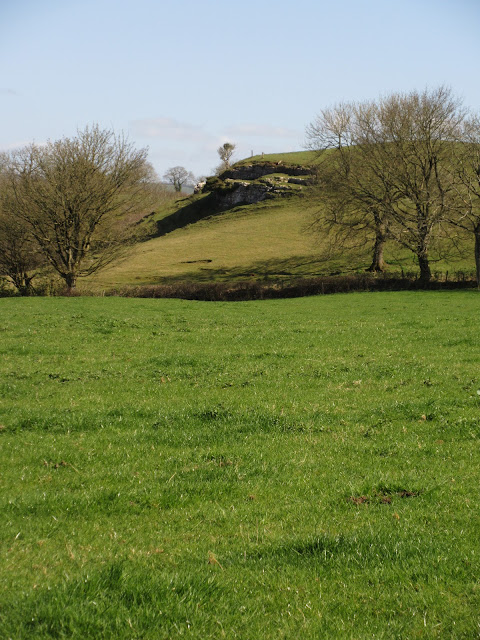 Yesterday I did cut and stage three stems of Daffodil Hawera at the Annual Wessex Daffodil Show.  Our gardening club helps out with the show, and there is a section for the 'local amateurs'.  My there stems were rewarded...but even after a short trip in the car journey, the pollen seem to attack my brain...so the flowers were left with a neighbour.  I was very generously given lots of tips for as to what makes a show worthy daffodil 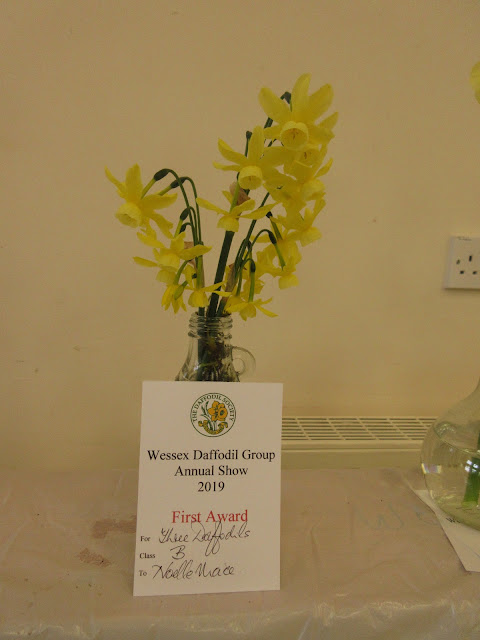 Cathy who hosts this meme has a much more airy fairy arrangement this week..do go and see...well worth it: first sweet pea flower of the season!
Posted by Stasher at 12:14

Labels: Geology, In a Vase on Monday