The Propagator who leads this regular Saturday Rendezvous of home gardeners is on his hols but still managed to post.  I particularly like his last picture...almost giving me an idea of how to get to the back of my deep plantings if there isn't sufficient room to place my feet! See * below!

I love to start with a little weather report sneaked in...not counting as my six.  At last some significant rain over more than one day, so hopefully there will be no need to fret about watering, and my water butt will have stores for later...however the heavy winds very unlike August will mean for sure time spent removing debris and staking plants.  Luckily I took these pictures before the very heavy winds.

I first admired this allium:  Allium carinatum  subs pulchellum (1), aka Keeled Garlic, in Alison's Garden and was offered a  pot with a few seedlings.  After nurturing and bring these on, for another season in the pot, they were planted out last year, now in August, there is a  fine display of firework like pink blooms.  However they have needed to be propped up with twigs.

To have a dainty allium performing in high summer with such a quirky form is a small thrill.  The leaves are dying down and perhaps it is on account of the very dry conditions this year.  I also wonder whether because they are at the original depth of the tiny seedlings, about one centimeter down with the tips of the bulbs now above soil level  there has been little anchorage.  When they have finished flowering, the bulbs will be dug up and planted ten centimeters down.  Last year I caught the seeds off the first blooms.  The seedlings emerged, did well, and were re-potted into six pots, but they have now died down.  I'll report again next year on their progress.  Taking this picture has make me consider moving the recently cut down sedum, and planting in its place something that will provide a better contrast to synchronize with the main flowering time of the allium. Any suggestions? 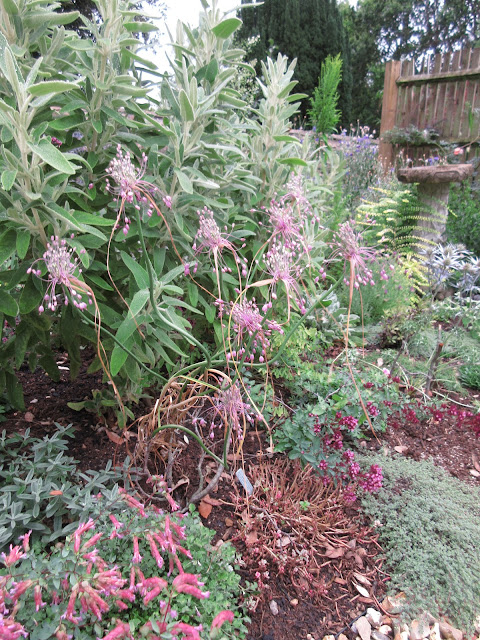 On the shed shelf is this Sarracenia, (2).  I bought a couple last December from the market.  One went to my son and this one except for a short spell for a month or so around Christmas in the conservatory, has been outside.  In the strong sun it has coloured up well, but I need to pot it on now.  It stands in water contained by the outer pot. 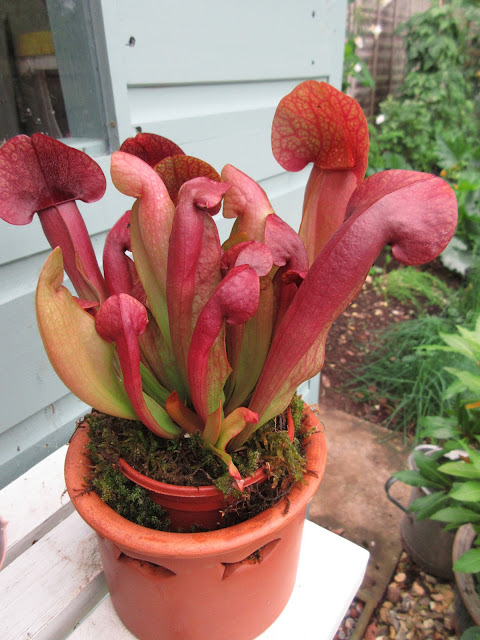 At last some rain falling Thursday night and a little during the day on Friday, means that there is water again in the water butt.  Of course the birds visiting the garden much prefer to bathe in rain water, after having to bath in tap water.  Twice a day sometimes whilst watering, the Bird Bath (3)has been topped up. Insects and birds take turn to refresh and drink. 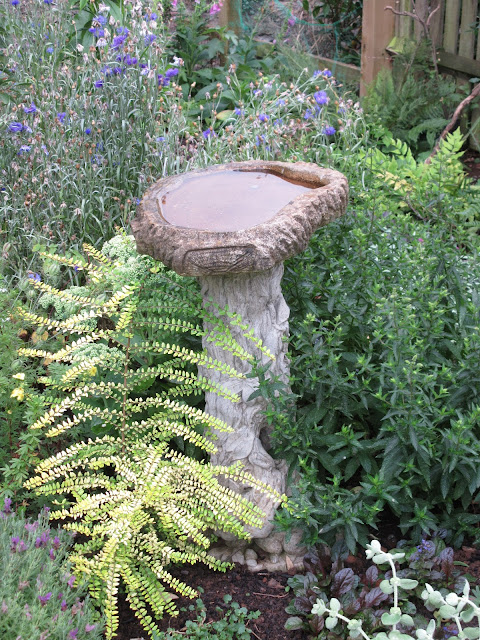 The variety of insects this year visiting the garden has expanded.  Leaves being eaten by caterpillars, butterflies and bees drink nectar, and ants are farming blackfly, beetles scuttle around.  Even without a pond, dragon flies are landing in the garden...here one is resting on Origanum laevigatum  Herrenhausen (4).  This was planted as a small 10cm potted plant last August and this year it and the smaller offshoot taken early this year are performing well and all the origanums are visited by bees, hover flies etc. 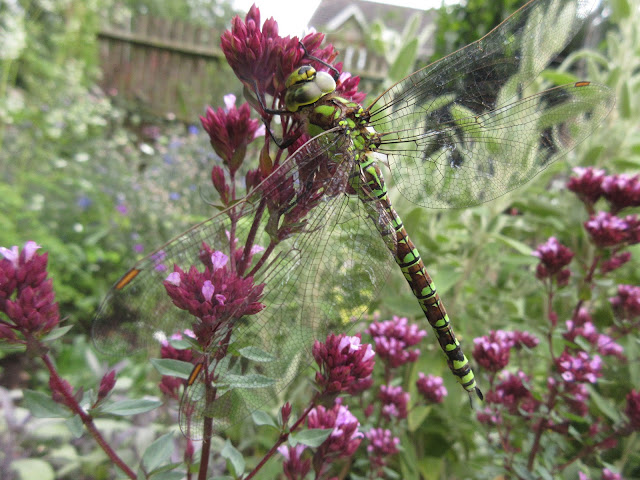 I love sedums...or at least I thought I did.  I still do but I guess that is so much easier whispering I love all you lovely sedums than saying that I love Hylotelephiums....but if a good friend changes their name, is it not good manners to learn their new one?  There are so many different forms, and over the years I have grown not only to love them, but bought a few different types, and increased them from cuttings.  This one was bought a couple of years ago, suffered from rotting at the soil level soon after planting in ground too rich for them, but I salvaged the stems, made up cuttings and got three plants, which were planted out in the Conservatory border earlier this year.  Now I have to learn the new names of Hylotelephium telephium, but for evermore I shall call this one to 'Purple Emperor' (5)! 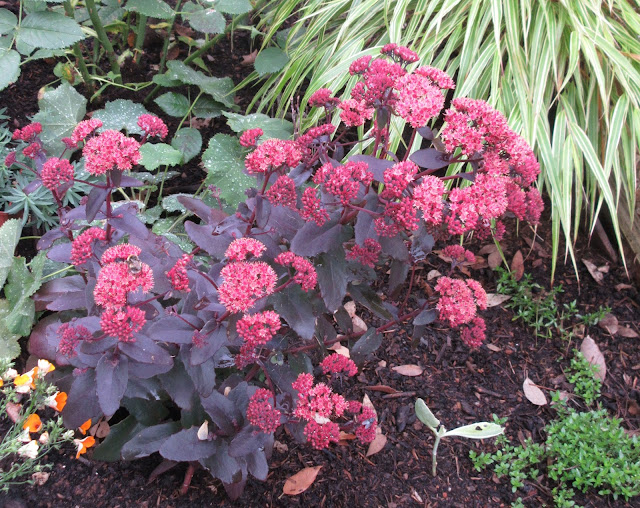 Ballota pseudodictamnus(6) is another favourite and the plant bought last year at the Autumn Rare plant sale at the Bishop's Palace is growing well, even after its short back and sides earlier in June after its first flourish.  It has looked good all the year round remaining evergreen, in our mild winter.  In the foreground is a cutting taken and poked straight in the ground in January this year, flourishing with its first set of flowers. I find the cuttings very easy, and one taken in early June, is already rooted...that one was pushed into the ground in the shady border.  Of course loving full sun, now that it has rained, the small rooted plant not in view here, will need to be moved.  Where is that ladder? *  These have not been watered during the long dry spell. 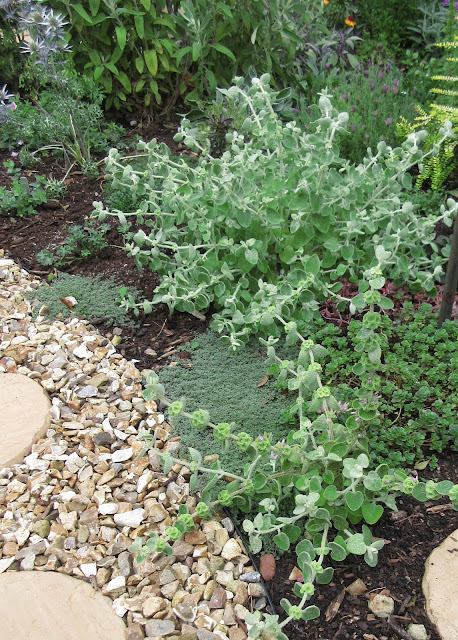 
Looking forward to more gardening and seeing what other SOS contributors have on offer.
Posted by Stasher at 11:26