It is starting to feel that Summer is waning.  I do like Autumn but for some reason or other I think that Autumn ought to start much later in the year, say October.....In a week that saw us having a few days away mid week, being able to admire a different set of front gardens, there have been ups and downs.  My week started on a high as I was privileged to go to tea and also look round Derry's Garden for the first time, and to end it visited Bicton Park Gardens which did not quite hit my buttons...except for a few beautiful trees and the curve of the glass.......

Lets get back to Six on Saturday....a great way to post about plants and the garden, led and collated by the Propagator...I've just had a quick peep, and will go back and read more..we have so much in common for example the attack on his rose leaves! 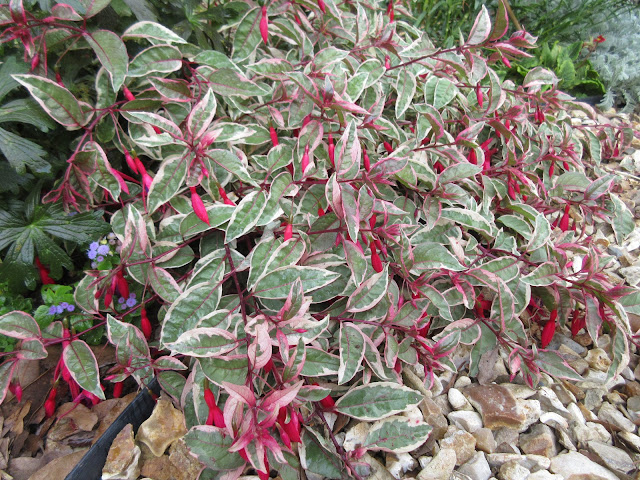 A little star staying low, is (1) Fuchsia Tom West.  Some descriptions on line describe this as 'upright', it does make me cross when there is poor attention to detail, obviously someone has 'cut and paste' and has not looked at the plant at all!  I would grow this plant for the form and colour of the foliage alone, and its medium sized purple and pink flowers are delightful.  I have had this plant on the go for years, bringing a piece with me here.  In the spring, I gave it a bit of a chop, and simply pushed a couple of the stems in the soil close by...two lovely new plants which I only moved to another position only three week ago.  Even without flowers as can be seen with this young plant it is great towards the front of the border. 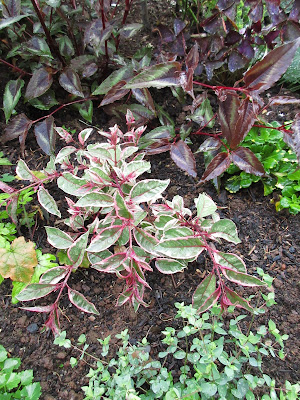 In gardening there are times to give up...but I was determined to work on (2) 'resurrecting' Geranium clarkei 'Kashmir Purple'.  This plant that was new to me earlier this year was another star...see link, but a few weeks later it just melted into the ground. I wanted to see what was happening underground, so up it came.  There was a healthy root with several dormant growing buds.  Is it normal for the plant to go into summer dormancy?  I can't find anything regarding this, but maybe it was the unusual weather.  On my tour of the garden I found the pot of good compost which I had to moved it to, with signs of life...Hurrah!  This plant has now been correctly identified as Geranium malviflorum. 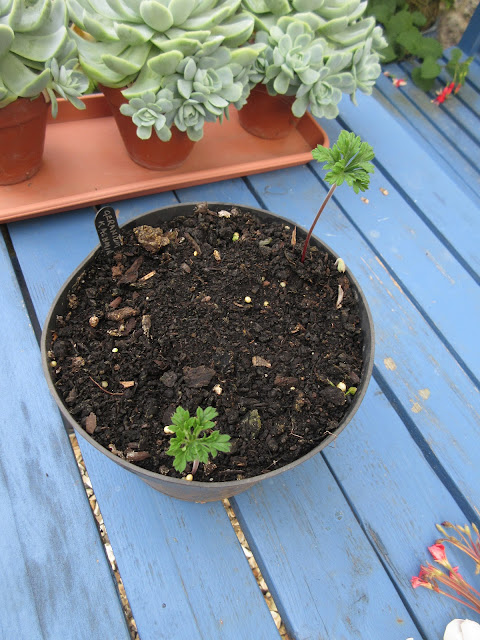 There is always (3) Deadheading when you get back from a few days away.  I like to keep on top of this, and most late evenings on my tour, roses that are likely to drop petals are nipped...no I didn't pick up all the dropped rose petals on this and the balancing shrub at the other end of the bed.  However I did squish all those little caterpillars feeding like pigs round a trough..the dreaded Rose Sawfly  There are several generations each season...I had not seen them up until 2015 in my garden. 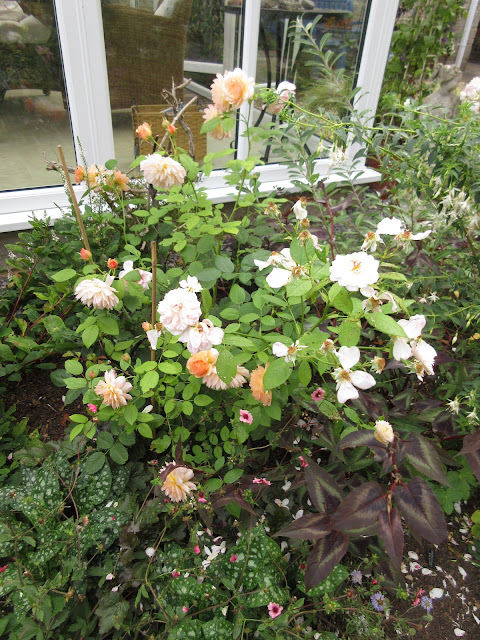 (4) Calendula  given to me as little seedlings by Jean, still in their seed tray...planted out with one watering, have come up very nicely, with little attention. 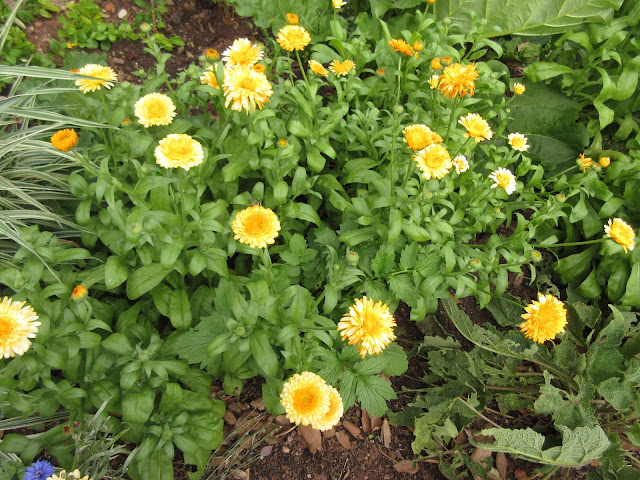 (5) Chrysanthemum Dixter Orange arrived early this year in a 9cm pot.  It stayed there but also cuttings of which two did well, so three were planted into the soil to flower amongst the purple Verbena Rigida.  These are the first blooms, and they started to show their rich warm orange colour about 10 days ago...there are so many buds, and with dead heading, I think Dixter Orange with continue to give some colour for a couple of months. 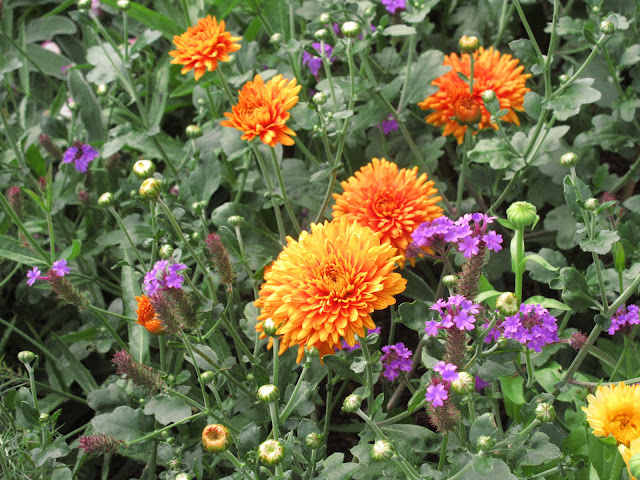 Elsewhere (6) The Asters are working their magic.  If I had more room I think I would collect more of these.  For now I am really happy with Aster x frikartii 'Monch'. Named after a Swiss Mountain, this aster was bred by Mr Frikart in the early 20th century. This Aster comes into flower nice earlier than King George growing in another bed in the garden. 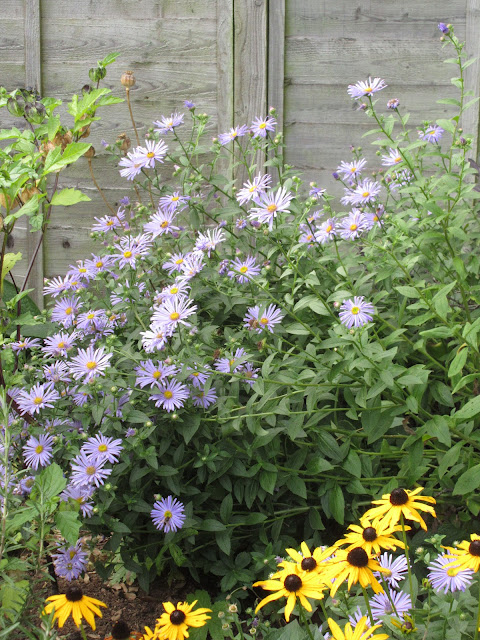