It has been a busy week, working on the garden in between all the showers, so that I won't need to walk on the claggy clay, and also empty the many pots of plants which have been holding plants for the new front garden. Autumn is on its way....The propagator who hosts this meme is of the same opinion.


(1) Bulb planting this week:  Puschkinia scilloides var libanotica planted when I dug up  Crepis Incana, and many alliums in the front garden, in the gravel garden, and daffodils towards gooseberry corner.

(2) You may well ask why I dug up Crepis Incana.  It happens to be one of my favourite plants particularly as it flowers in July.  However it does not set viable seed in the UK according to various sources, and the seed I did save and sowed came to nothing.  I lost my first plant after I thought it had flowered its socks off but was able to source a second one.  On this one I did not let it flower itself to death...and has survived several weeks in flower and now has good leaf formation. 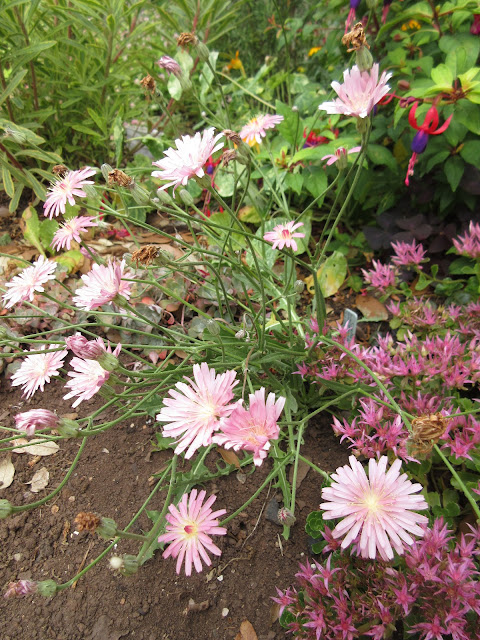 I did however read that it can be increased by (3) taking root cuttings.  I love propagating, but have never tried taking root cuttings before.  I dug up the whole plant, my heart in my mouth, and looked at the roots...I wish I had taken a picture at this stage.  I would normally have made a division at the crown, but thought the plant more like to survive with a root or two taken off rather than the central stem cut in half.  Off the main roots there were small fibrous roots covered in nodules.  I have no idea whether this is standard for Crepis Incana.   The plant is now in a sunnier position, with good drainage, and hopefully it will make some new roots in time for next year.  I have moved the pot of cuttings out of the rain, as Crepis Incana suits drier well-drained conditions. 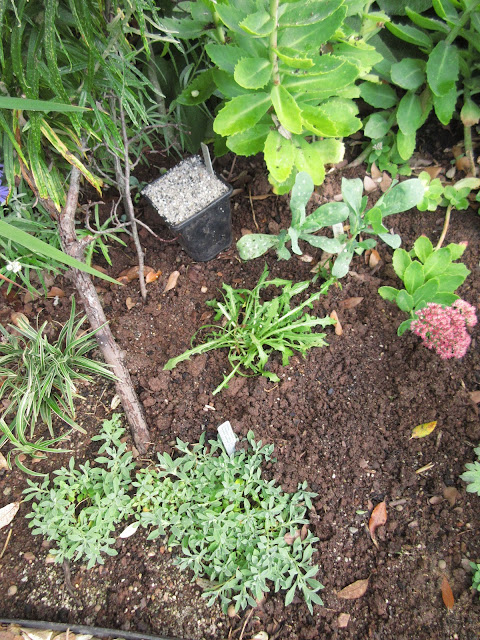 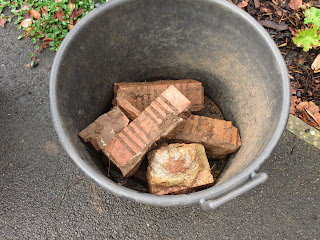 They say it is all in the preparation, that it is giving the plant the right conditions, looking after the roots, the bits you can't see.  As plants are moved out of pots, they do need to have the best conditions. (5) Viburnun plicatum 'Mariesii' is one of those shrubs that looks gorgeous in the spring time.  This spring the shrub bought from Rocky Mountain nursery  had its second year in a pot.... 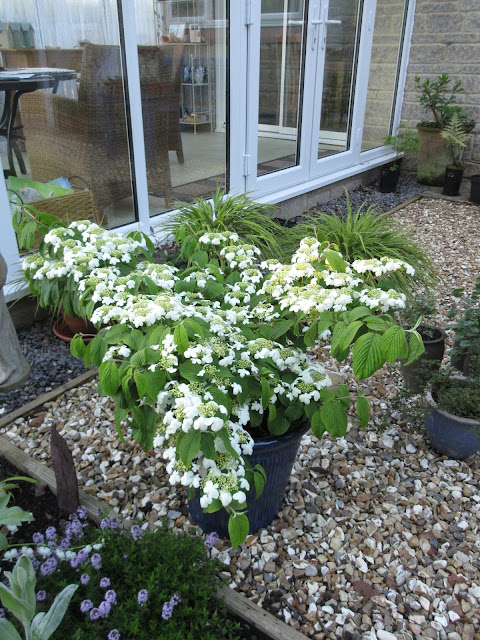 now in its position in the border adjacent to our neighbours 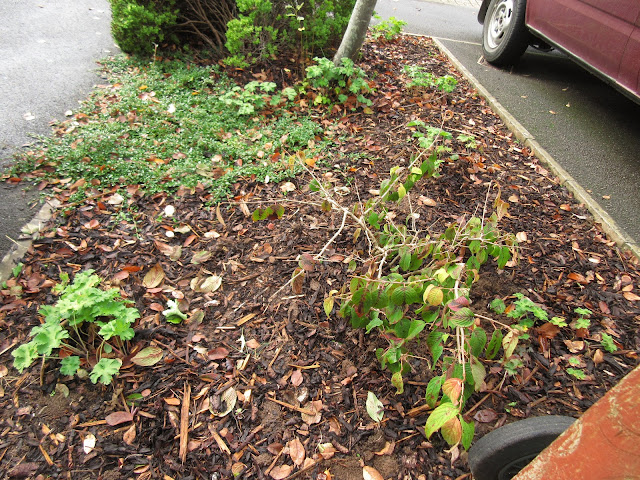 (6) Tidying the garden and getting some of the many pots planted out invariably means making room by cutting back and the inevitable seed saving.  I use an old stash of dinner money envelopes, but have to stick them down as the glue has disintegrated! 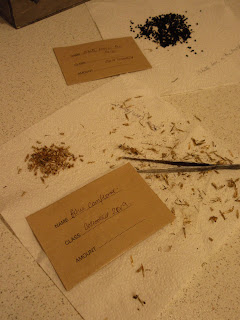 ...here one of the blue cornflour seeds is starting to germinate! 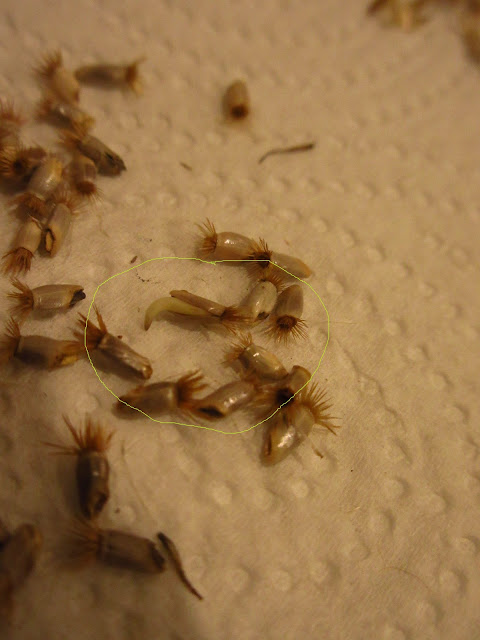 Finally Kay, a good friend from Kenilworth who reads my blog, emailed me and I am sure she won't mind my sharing this

" I have also been spending more time in the garden trying to catch up on potting up all the lovely little self seedlings in the gravel.  I don’t have the heart to green bin them.  I will have to stop pushing odd pieces of pruning’s in pots as I now have quite a few rose prunings’s which have taken and are more than ready for new pots.  I am being very careful and taking lots of breaks to enjoy the garden.  I have been told to stop buying plants by ‘him indoors’ as we have no more space.  I buy them for one space, try it for a few days then decide it will look better somewhere else.  He’s very lucky I leave them in pots until I am happy otherwise he would be digging holes we didn’t need."

I own up to many of these qualities.....except I do all the planting and Mr S asks when am I going to reduce the number of pots as promised...they are going down fast this week.....