If you belong to one or more of the many social clubs in Kenilworth you are sure to go on one or more of the organised trips. Not long after settling here I joined the Kenilworth & District Horticultural Society and as well as the monthly meeting with guest speakers, there are regular outings. As the clubs aim to keep down costs, we often get invited to join other clubs outings and visa verse. This month we set off for a visit of Wisley, departing from the Clock 9:30 on a Sunday morning. As the Society is affiliated to the RHS and because they had a good number on the coach the trip was a bargain at £13.
The weather was fairly kind to us given that the forecast was not promising. As we piled out of the coach, I followed my planned tour, accompanied by my friend Jean. The rockery was particularly good, and we made our way up to the Alpine House and eventually to the new glass house.
I had not been to Wisley for a few years and was keen to see this new addition. I seemed to remember that as benefactors our names had been etched. When I was still working, I gave a pretty generous donation to the construction funds and I had expected to find a very small area somewhere on a panel of the glasshouse with our names, and was really impressed by the way the glass panels were set into the ground either side of the path leading to the Glass House with the names very easy to read. I took a couple of pictures to show Mr S when I got back. It would have been nice to have had our Surname on the same line though. 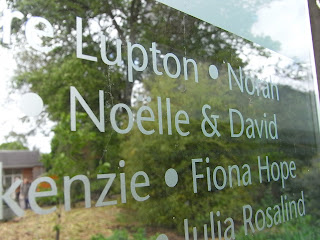 I could have spent all day in the Glass House. Jean went off to view other parts of the garden, whilst I went round a second time. I was impressed by the collection of leaf Begonias, finding so many which my parents grew in Mauritius. One with a curly whirly leaf caught my eye, it certainly has the Wow factor given its texture and colours. 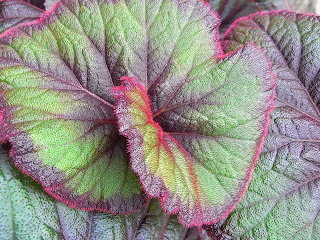 As I looked up round one corner, I had the sixth sense when I looked up that I was back there, it was not until I read one of the labels that I realised that I was looking at a tree which is indigenous to the Islands in that area of the Indian Ocean.

One section of the glass house is devoted to cacti and succulents and I was fascinated by the variety on show. They were well set out and clearly marked. This goes for all the garden, and I made notes regarding names as I have several in the garden know by such names as snippet from such and suches garden. It is quite nice to have plants which remind me of friends and places from long ago, and I do make sure that I take cuttings from these when I move home. One which I have now been growing very successfully on a windowcill, having acquired it as a very small plant about 5 years ago at the Wroughton Gardening Club, now has a name: Gasteria carinata. My plant is as good as this one, and has just thrown up two flower spikes. It is ready to divide up now, and I shall repot into clay pots. 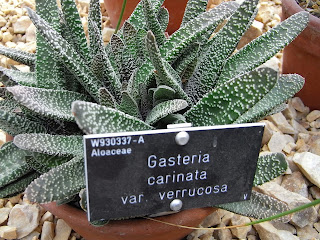 In the shop I found a nice guide to the family, spot the mistake regarding watering! 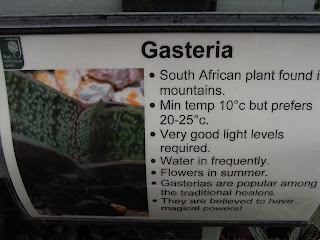 For people who love the colour purple this is the begonia for you....wonderful! 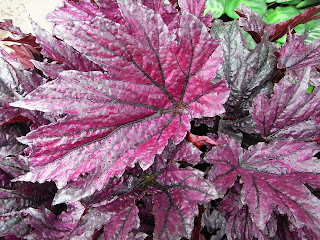