Green Presents to myself 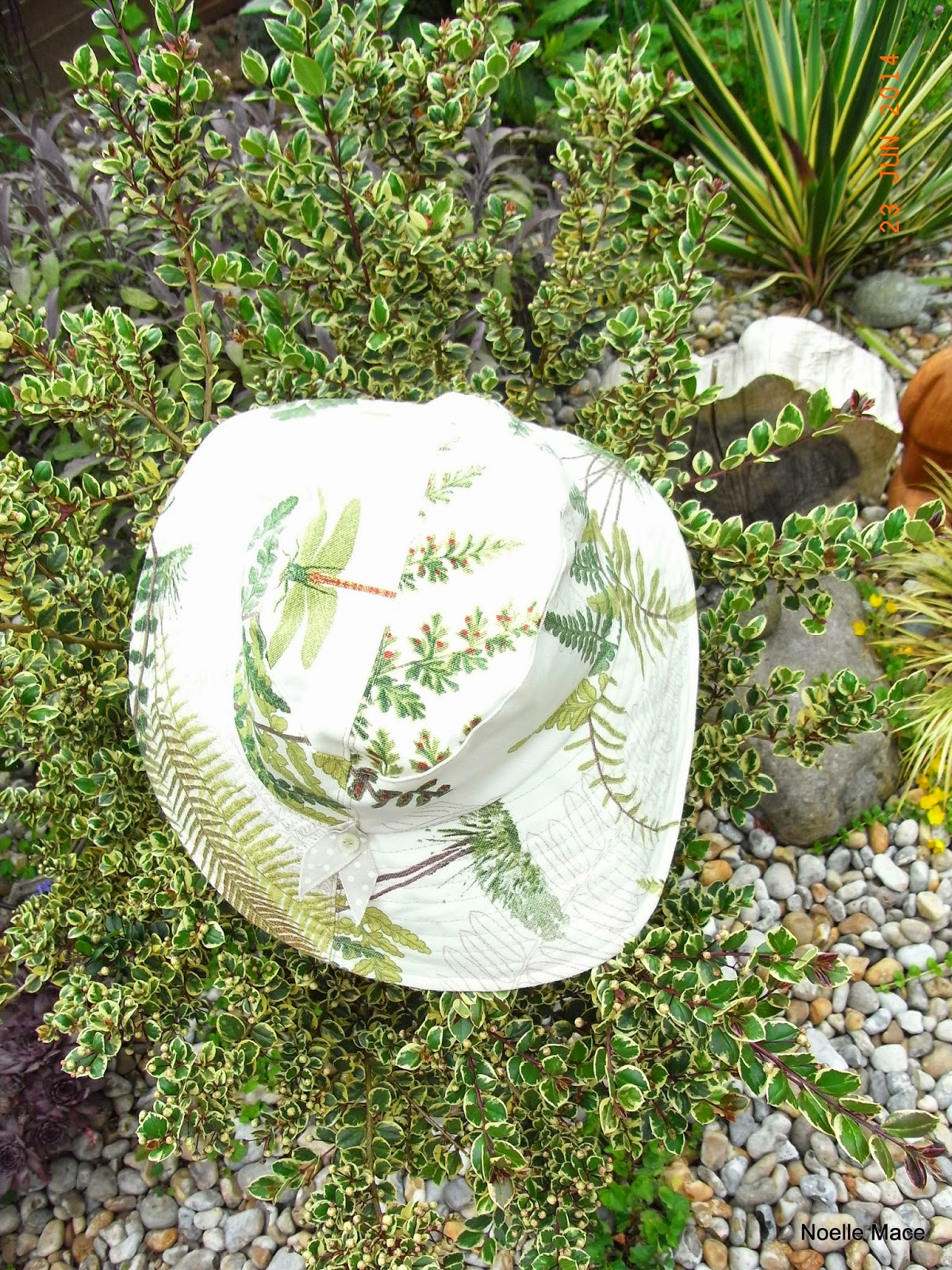 This is my new hat, it is broad and beautifully made.  It is totally reversible.  One side has ferns and dragon flies and the other is plain green.  This hat was made for me whilst we were on holiday in Frome.  There were some lovely hats in a wonderful fabric shop, but all were too large.  My luck, which I have ample, had it that the hat maker was in the shop collecting fabric, and took my order.  When I went to pick up the hat, she had made me two...the other one had ferns and moths!  Too similar or I may have had both.  I already have a summer hat which must be over ten years old, and there is still a lot of life in it yet.  It has been washed several times, and is the ideal hat to keep the sun off my face when gardening.  Now I have another one for best!  Both Mr S and I had been looking for new summer hats for some time...I have a head which is rather small, and he has one that is rather large.  He got his Panama hat in Frome too! 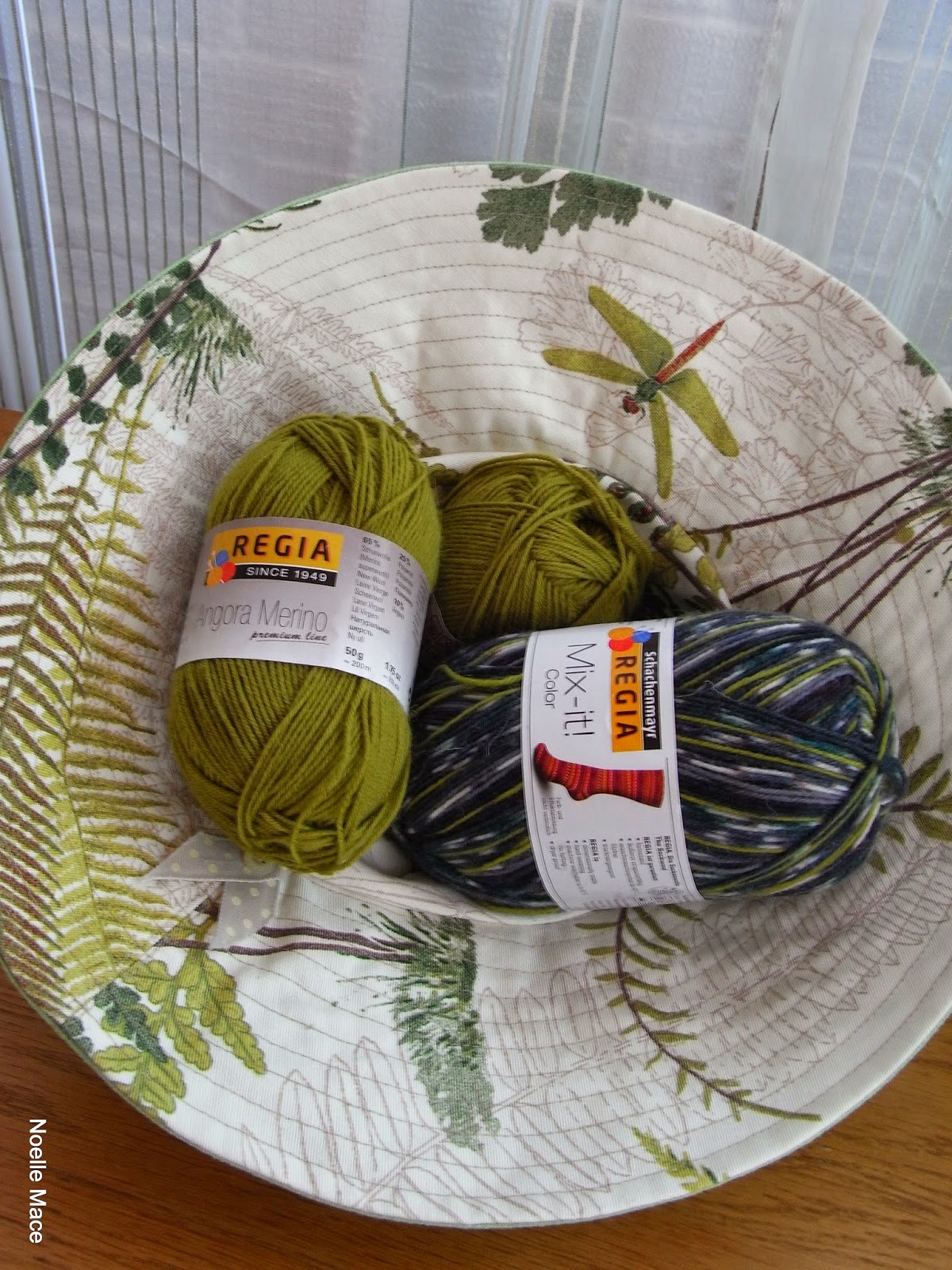 From Marmalade Yarns in Frome, stocked with all the sorts of yarns I like, but of which my stash is 'over full', I bought some sock wool with flecks of green, and again for the same reasons I only came away with two balls on Angora Merino Sock Yarn in a perfect shade of green, from Wool Bath.  After all one cannot spend time ogling at yarns, feeling them, squeezing them, sighing oven them, and then leave the shop empty handed?  All shades of green whether in the garden or not, are amongst my favourite colours.  I also love blues, browns, oranges....lots of other colours, but not black...

Labels: Presents to myself