As I bumped into a local baking buddy:Tony, in Town at the weekend, we talked about our baking, so have posted this up for him.  If you wish you could have a quick look at  my sourdough made with Khorasan also known as Kamut Flour made a few weeks ago, which I wrote about in May.

Fridays are usually 'home' days.  Baking is often top of the list, and fits round other activities pretty well.  Sometimes thinking ahead to the weekend leads to inspiration.  I knew that the current week's bread loaves would not be quite the right thing for Saturday Lunch, so started early with a long process focaccia.  By using my rye sourdough starter and white flour, the dough ended up a nice golden colour.  As it was rather warm, after the first rise, I set the dough in the fridge so that I could bake it more conveniently later in the day when it was cooler.

I've made sage and hazelnut focaccia from Ursula Ferrigno's The New Family Bread Book, on a number of occasions, and being a 'nutty' person, love the flavour combinations. 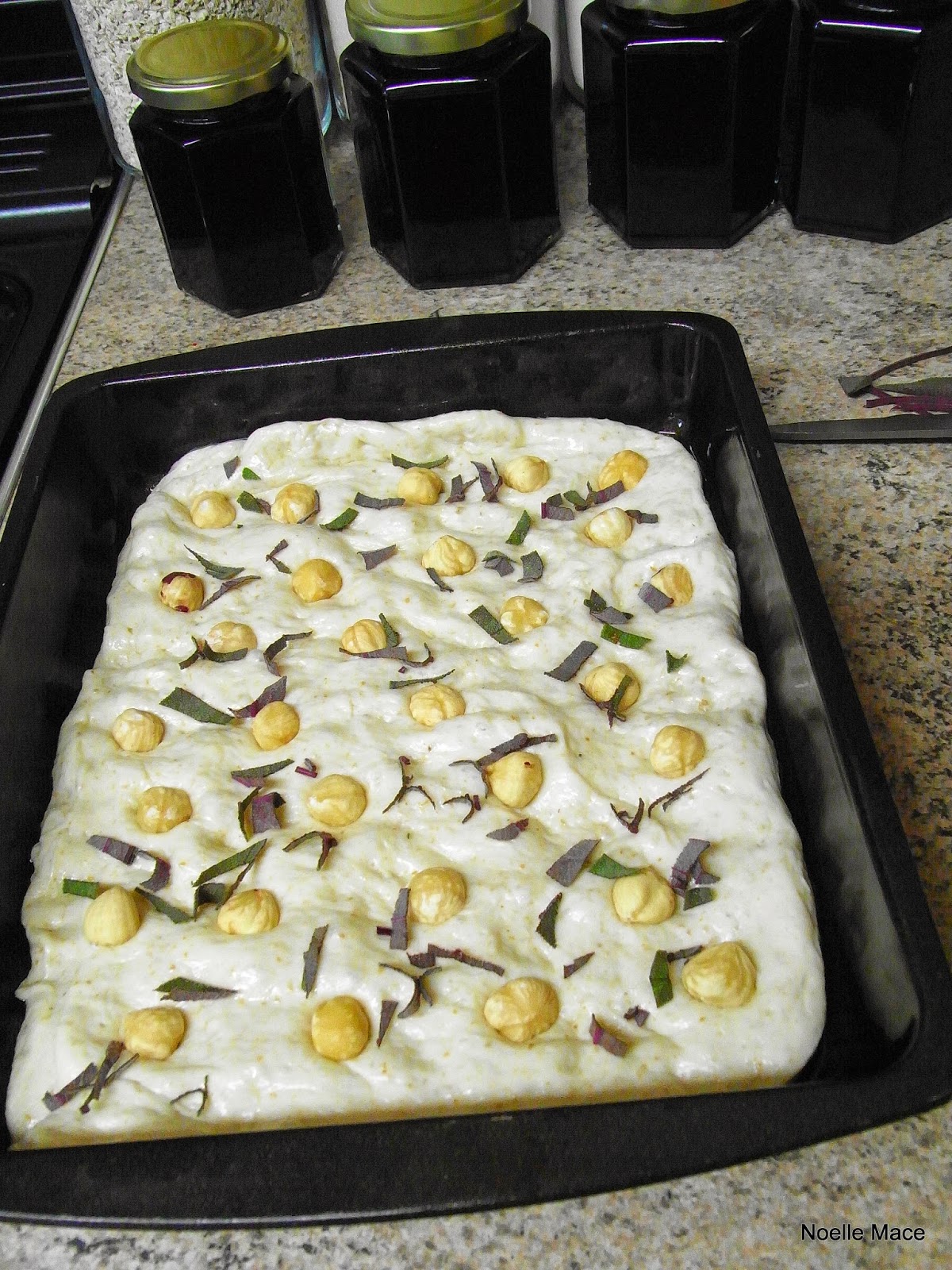 I used the oil I had left over from baking the peppers to dress the top of the bake before going into the oven. 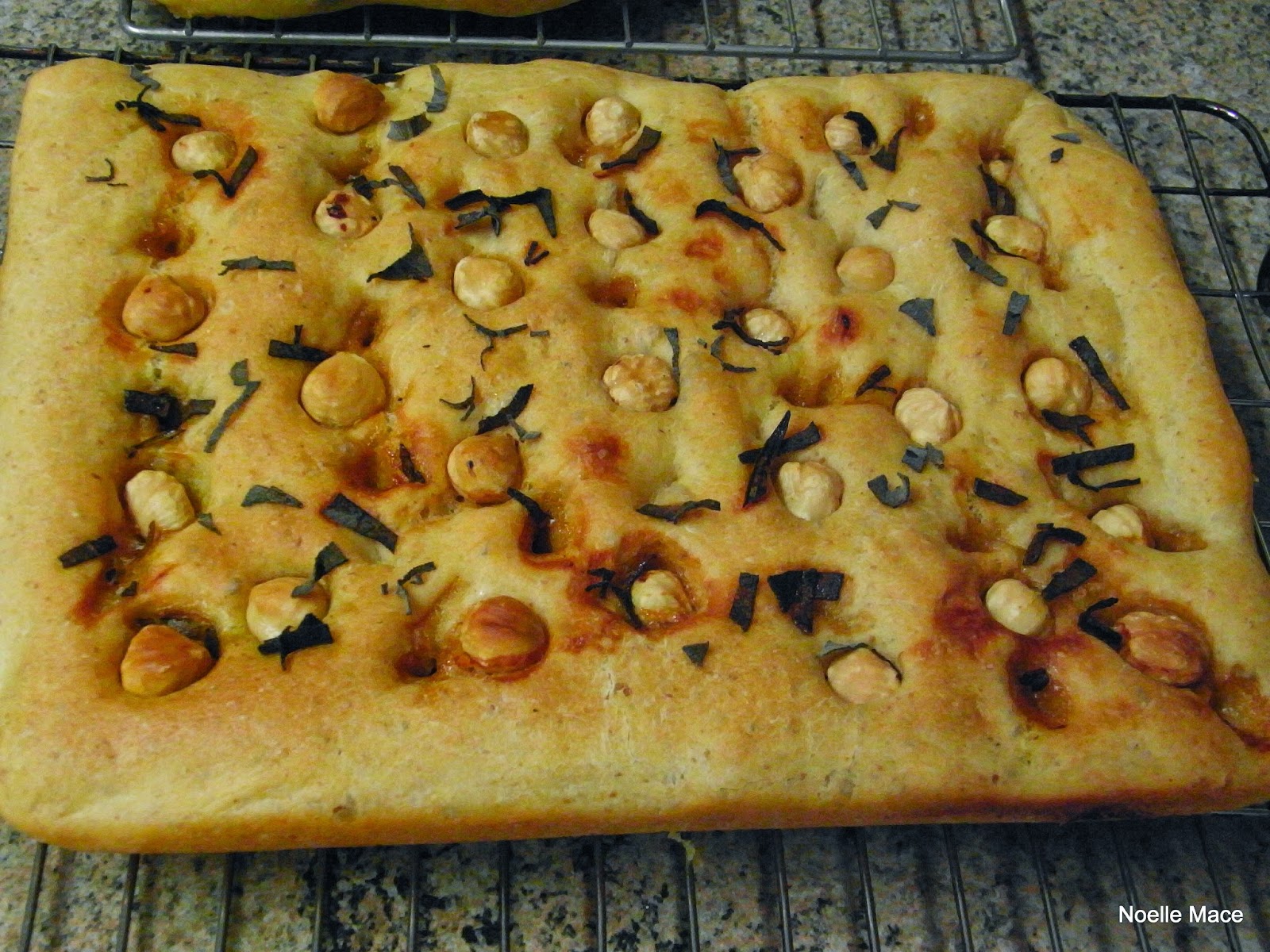 Which gave a good colour and delightful taste.

I tried three flavour combinations for the 'buns':  all with a base of braised red onions, then two with roasted red & yellow peppers and tomatoes, another with spinach, and a third with baby courgettes from the garden.  I suppose these are a type of calzone.

This just shows that one can grown vegetables in a couple of pots: 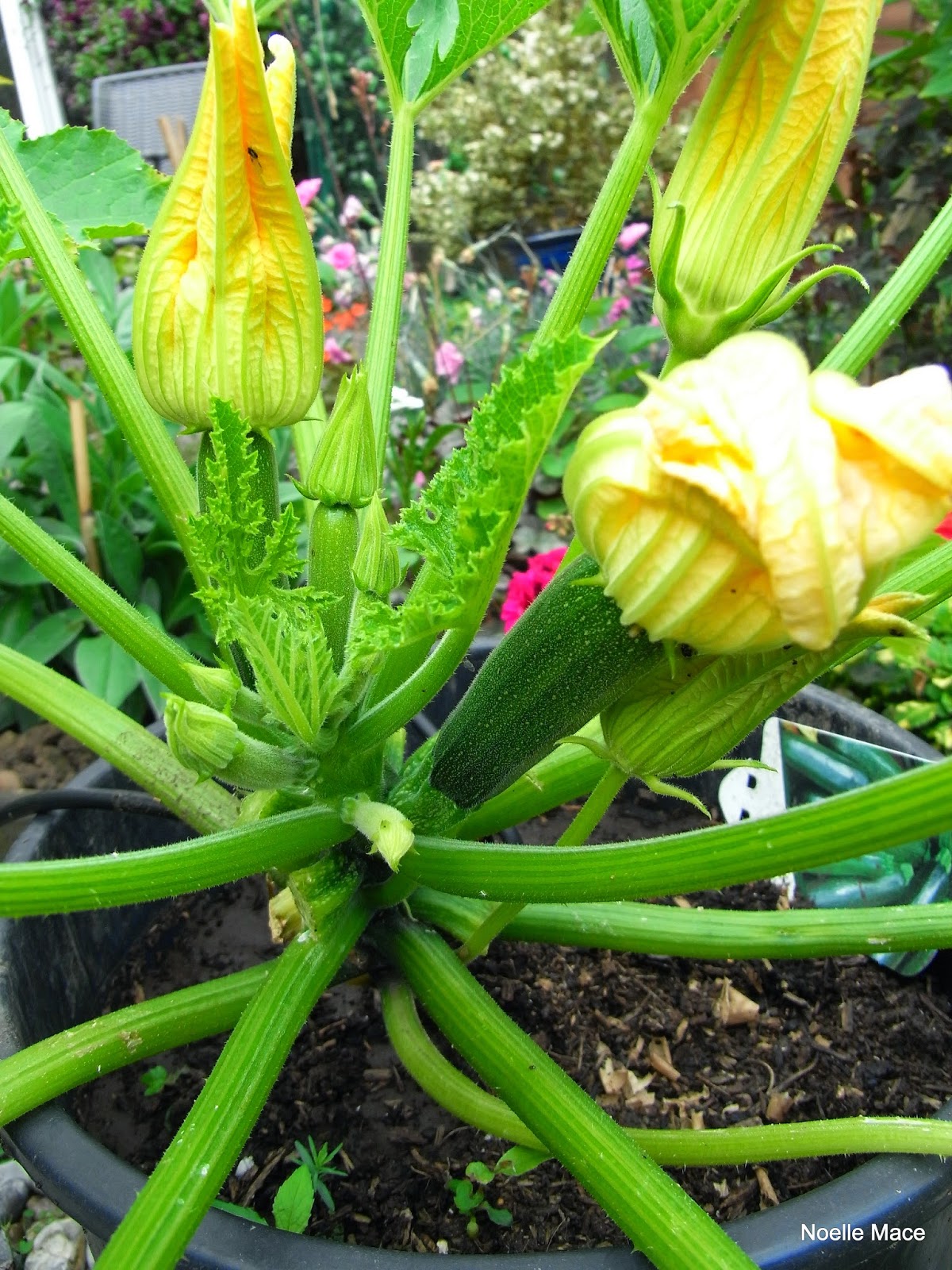 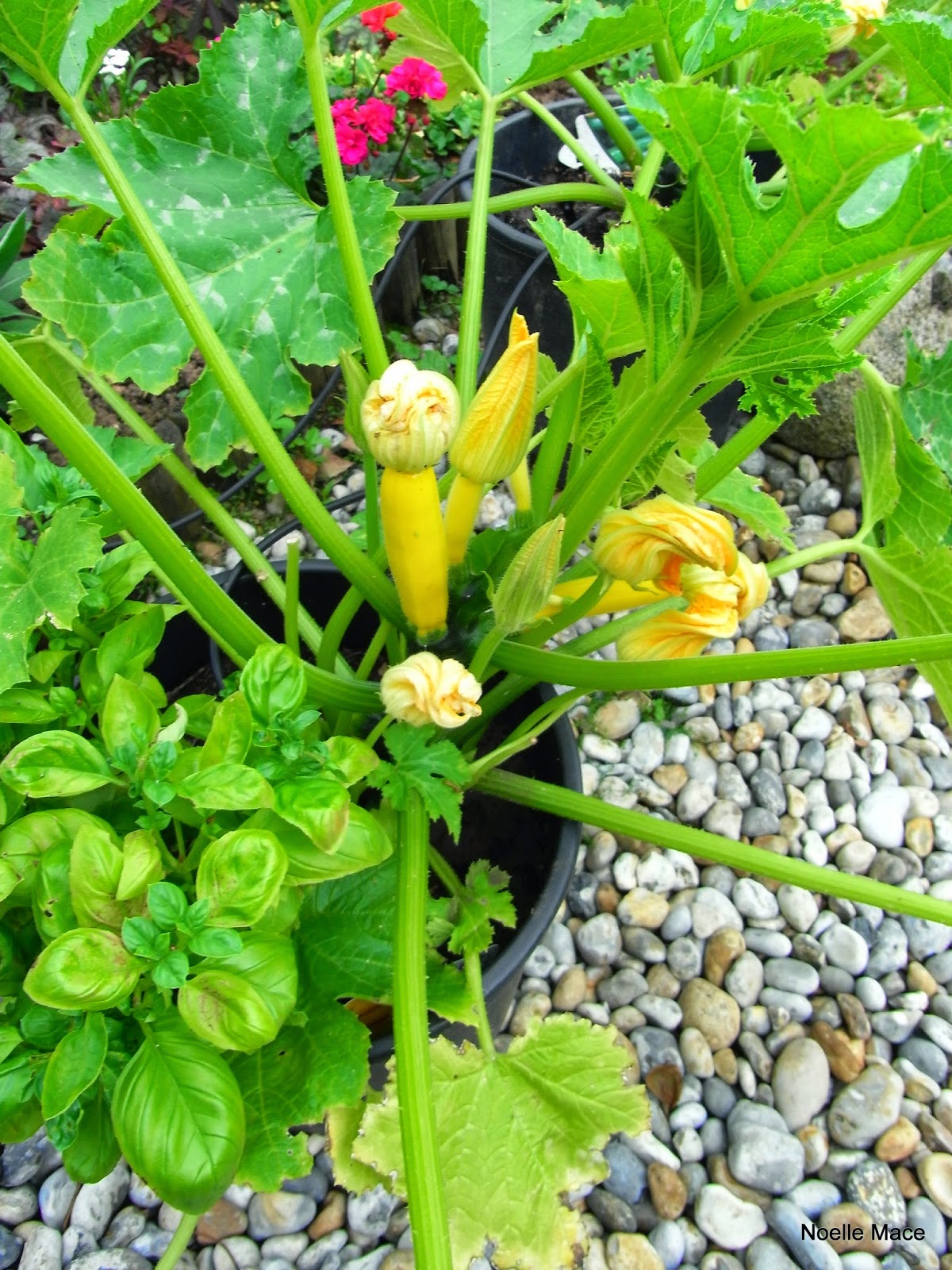 So from the pots to the pan in seconds 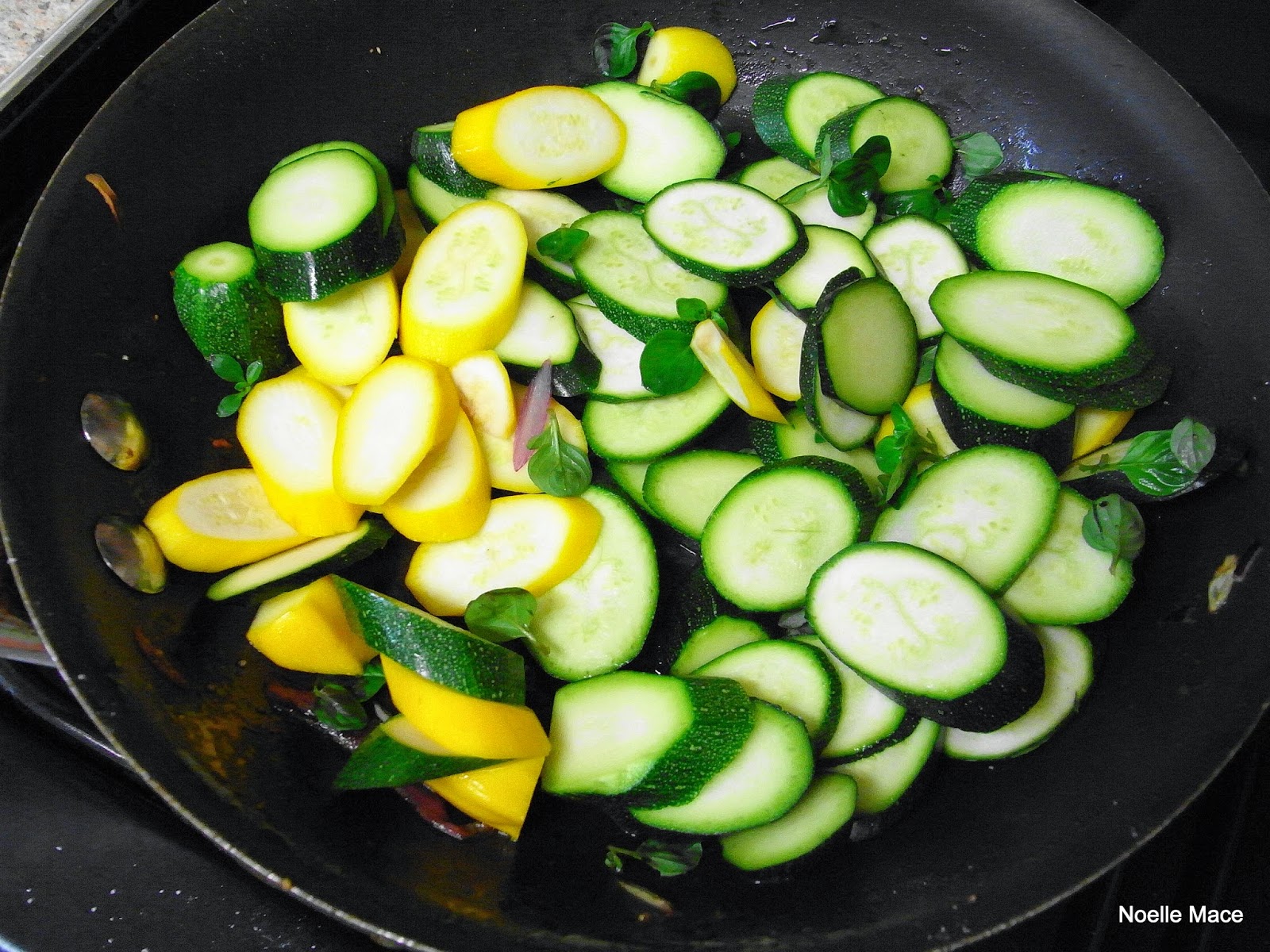 Then onto 'squares' of dough layered with red onions, and slices of goat cheese, 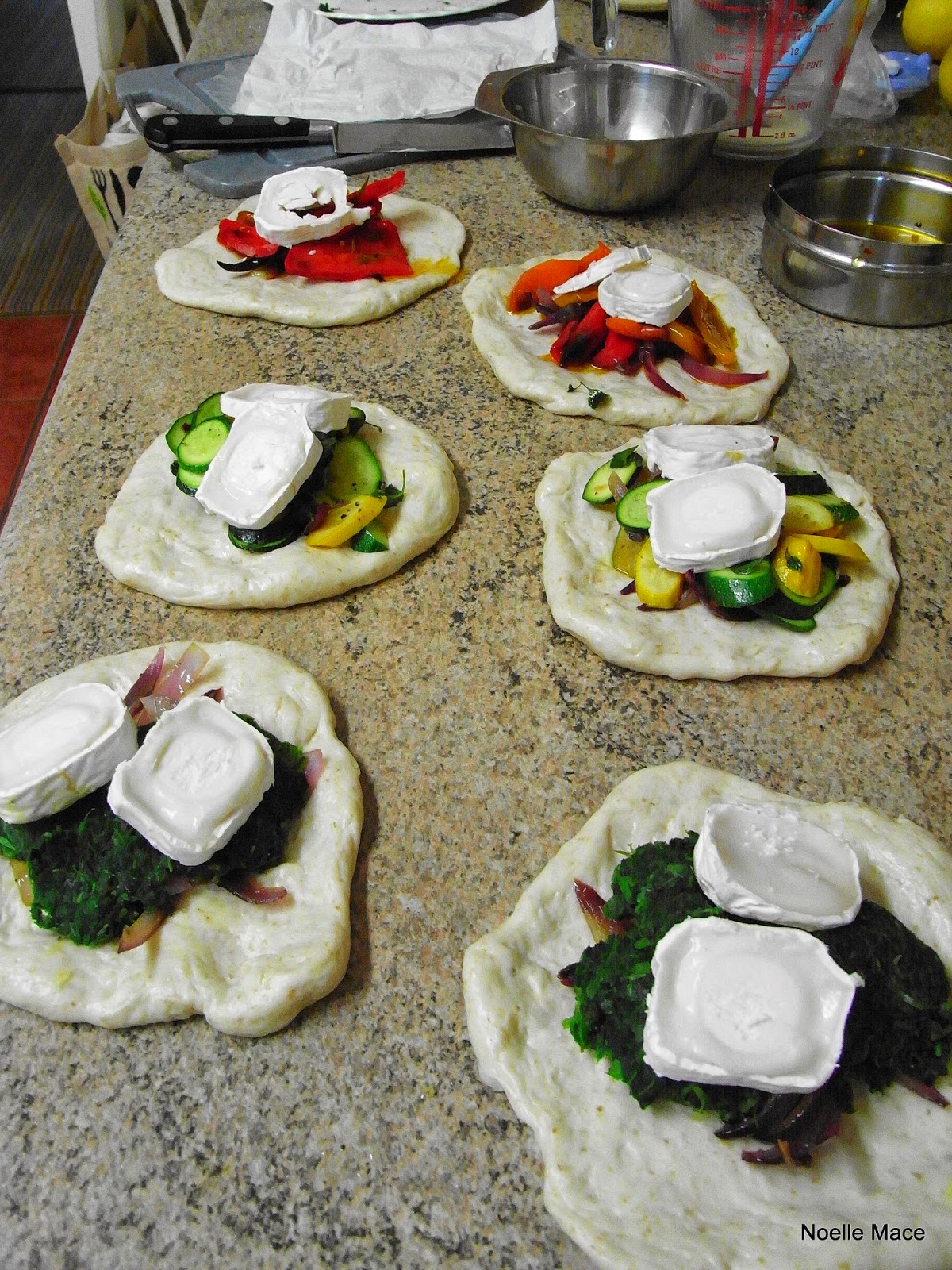 finished with with an egg glaze, fennel seeds and rock salt. The roasted pepper and tomato were sealed in as I thought the juices would be contained.  These would be great for a picnic, and certainly we had an easy supper in the end, as I made us up a large plate of various salady things and we had a courgette 'slice' with it. 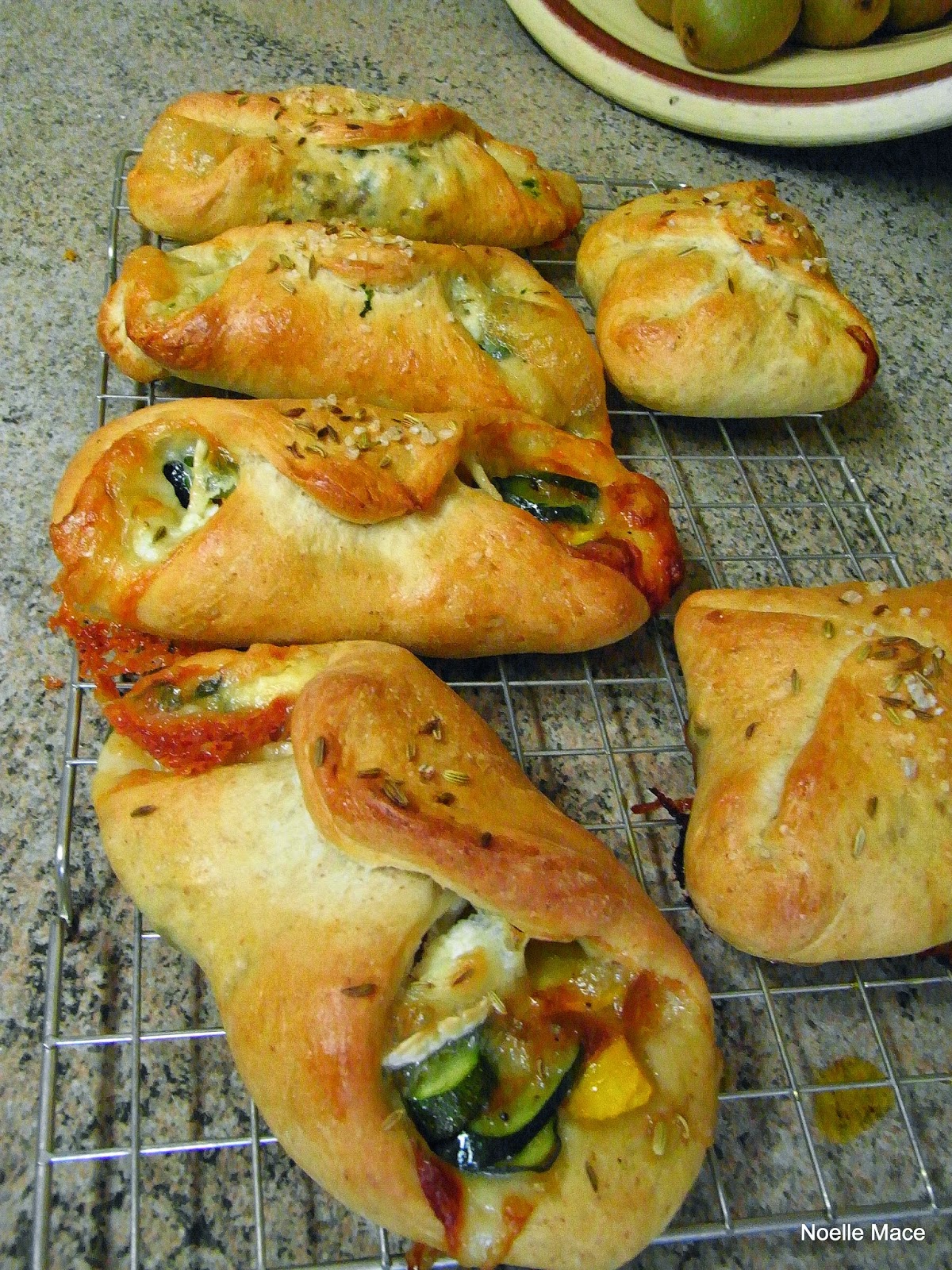 As D usually hopes for a sweet bun when he comes home from work on Fridays, I made a batch of scones, so could have one with some of the blackcurrant jam I had made that day with berries from the garden.