In a Vase on Monday - Delights despite the hot dry weather

If you are dreaming of delights such as Dahlias, do go and read Cathy's post for IAVOM this week.  Cathy is the lead gardener, story teller, arranger and hatched this great gathering of like minded people who like to talk about their garden and arrangements.

Here at home, Sunday saw continuing very high temperatures.  Having my gallivanting severely curtailed by a very underpar left foot, and feeling that I really wanted to get out there, the only thing on my mind as I woke up rather early, when it was still cool, was to get outside.  Even before Mr S stirred, I was out on my bicycle for a l ride onto the Somerset levels.  Some of the pastures there were rather green, and more highly populated than usual by rather fine herds of cattle.  I wonder whether prize herds had been brought for 'respite' with lovely grazing compared to some of the other areas.  We have had  no more rain but these herb rich meadows, which can spend winter months rather sodden with their rich peat laden soils, are now coming into their own.  It was a delight to see such handsome cattle enjoying their early morning munch.

Straight after breakfast I was out in the garden.  I attacked the large bay shrub, and was looking around the garden for possible material to put in a vase.  My vase this week just happens to be a cachepot which was sitting in the utility room, holding some 'dead heads' from a couple of days ago that I had found attractive.  They were from the Verbena Rigida and curly wood sage.  After their white flowers, their seed heads were looking attractive, but during a visit to Alison, she explained that the seeds sent plants that did not have the curly leaves, so I decided to cut them all off to allow the plant to throw out new growth, and also avoiding unwanted seedlings.  To bulk up the arrangement I found little bits of ivy, fern, white begonia that had survived even the snow, and nice stems of the Cerinthe which seems to revel in the heat, with a little night time watering. 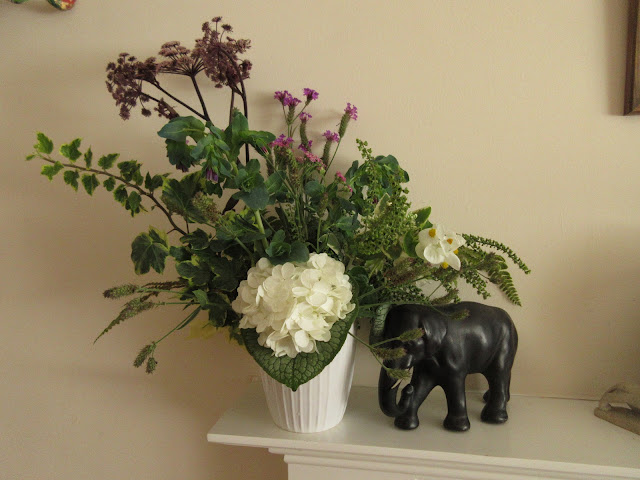 I was trying to put the dark pink umbrells of Angelica as the center point.  The plant is performing well despite the dry weather, and this is but a little side shoot.  Already it has a little flotilla of  hover flies, so I did not want to cut too much.  I read that it is a biannual or short lived perennial so hopefully it will self seed. 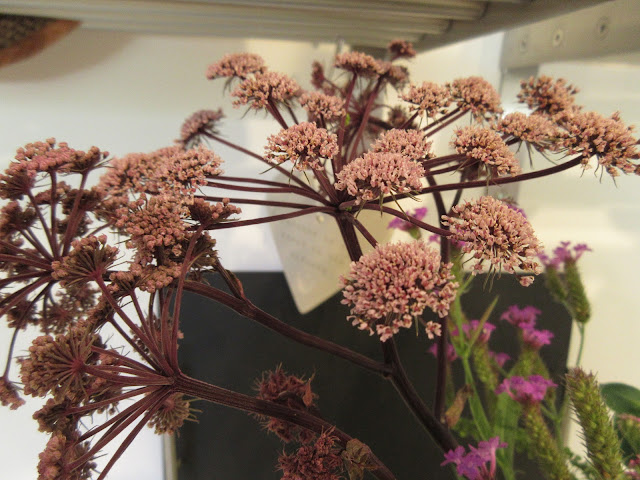 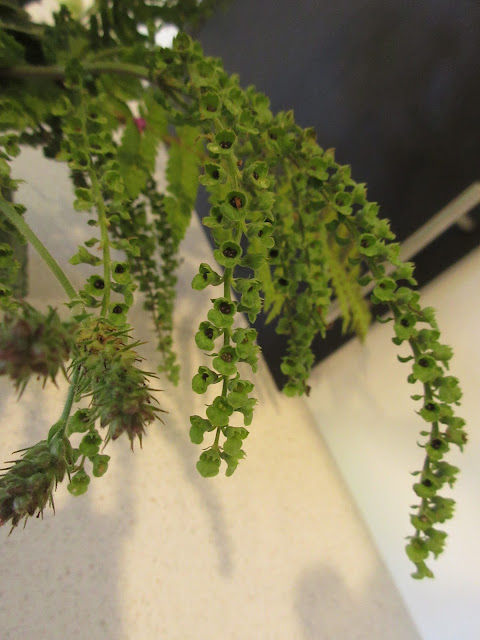 The rather round white hydrangea blob  is just one of the small pieces from the large flower on the Hydrangea Paniculata Vanille Fraise.  I've had the bush in the same large terracotta pot for about seven years.  At first I had misnamed it silver dollar, but having found the original label can confirm that it is Vanille Fraise.  Early this year, I gave it a rather too severe prune too late in the season.  As a result I had only four shoots...but the flowers are just huge!  After such a long time in its pot, it is going into one of the new beds, but only when we have had enough rain to really  replenish the moisture content of the soil. 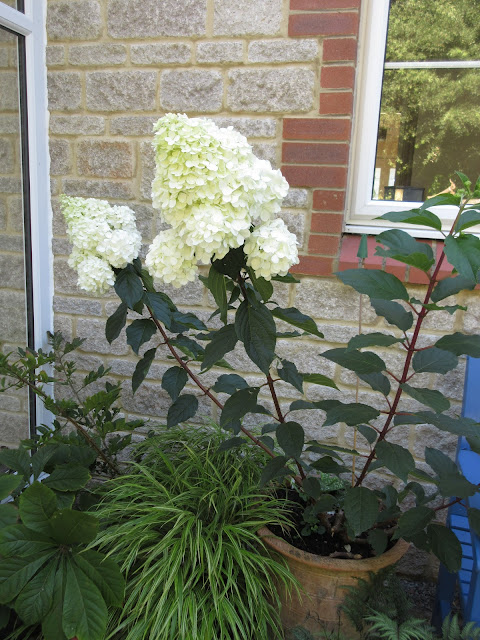 Other plants in pots have had to be moved to whatever shade there is even if it is for part of the day. 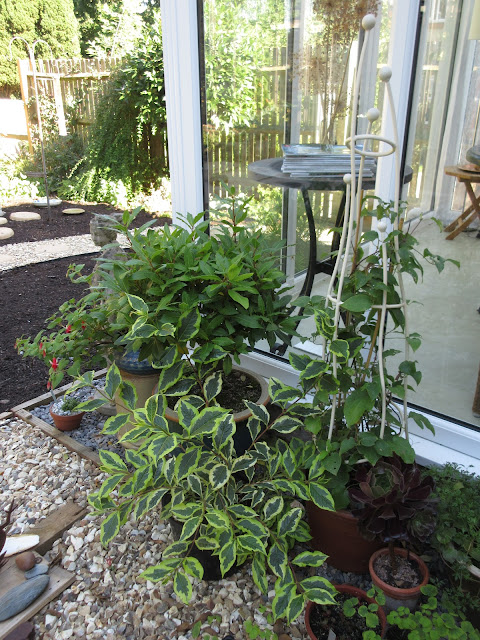 The beds are all prepared and ready for planting.  Much of the gardening has been on my hand and knees, and my sister even videoed me to show her sons that Auntie is not always eating scones and cake and wearing pretty dresses!!!! 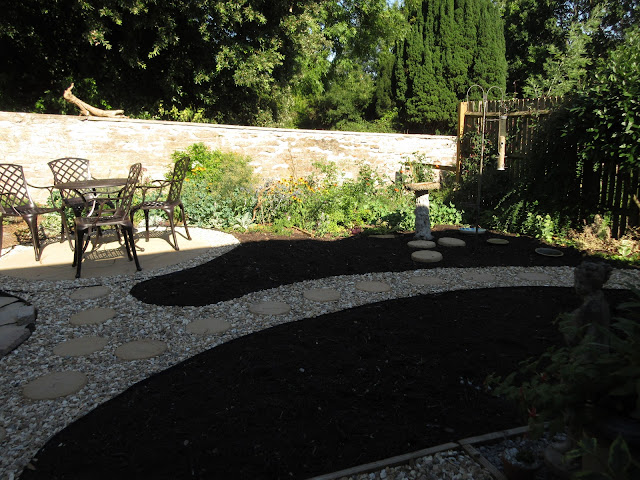 When it is really hot, and the best way to keep cool is to remain inside and do very little very slowly, a nice gentle read can help.  Forgetting my left foot, either propped up or with an ice pack on it,  I immersed myself in several books and this one: quite a light read for me which got me turning pages... 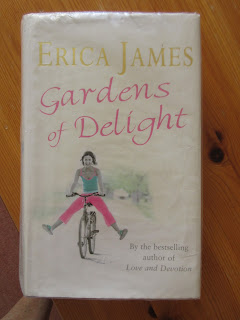 with a visit to Bellagio, a place that Mr S and I had a wonderful long holiday, quite a few years ago, before the blogging began, to gardens that we enjoyed...a few nice quotes:  "A garden, like its creator, should have its secrets and surprises".  This rather well read copy is from my local library...

Labels: Books, Garden, In a Vase on Monday, Plants