In a Vase - Three Graces

Its not that roses have fallen from favour, its just that there were no roses in my new garden.  The rose I missed the most was Grace.....I have won prizes with Grace,  and even picked Grace at Christmas Time.  Of all the roses I grew in my last garden, Grace was consistently my favourite.

I had planned on ordering bare rooted plants and planting them this winter, but when I read Cathy's blog about her new roses arriving from David Austin...I knew what I had to do.  Life is too short now, and I want to get the bed by the Conservatory planted up.  It will be a mixed bed.  The plants were ordered on Monday, and arrived around lunch time Wednesday, and planted in the afternoon...probably less than 48 hours in their box...that's smart logistics for you.

This morning the small damaged side shoots were just picture perfect:  I give you Three Graces...well three stems of Rose Grace. 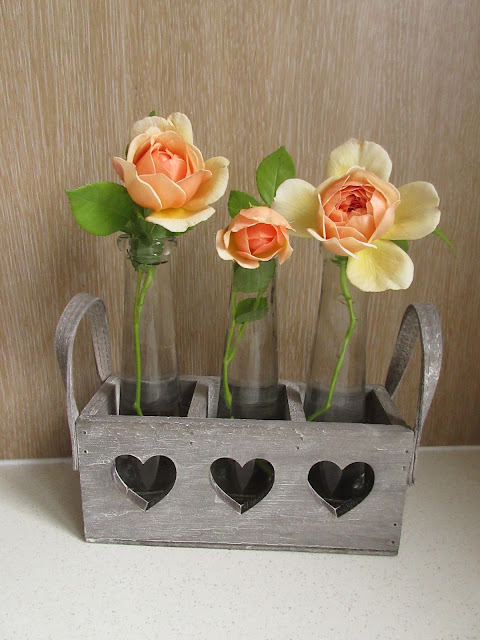 The rose bushes arrived by courier and here they are ready to be opened. 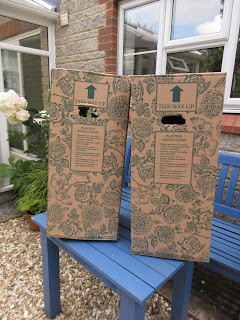 Cleverly packaged with just some plastic tape, to hold the plant pot steady and upright... 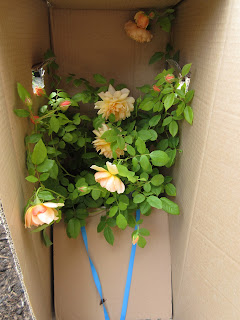 The two rose bushes are having as good start as possible: a large and bountiful hole was dug, with plenty of compost added, well watered, with a sprinkling of David Austin Rose Food, and some fairy dust....then more mulch all around.

They may be small now, but will have plenty of time to send out good roots and get established well before the winter.  Then next year they will be ready to romp ahead. 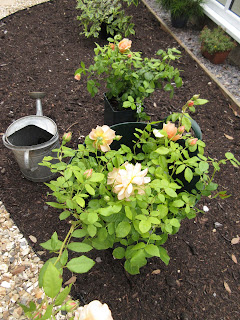 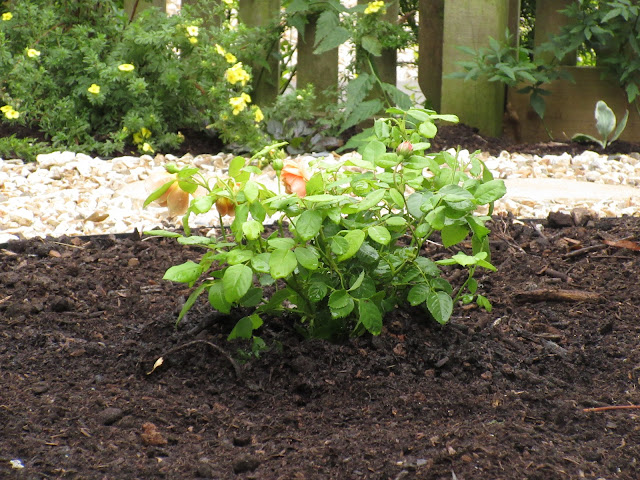 A few hours later this morning, the blooms are unfurling...and outside the plants had an additional good shower of rain. 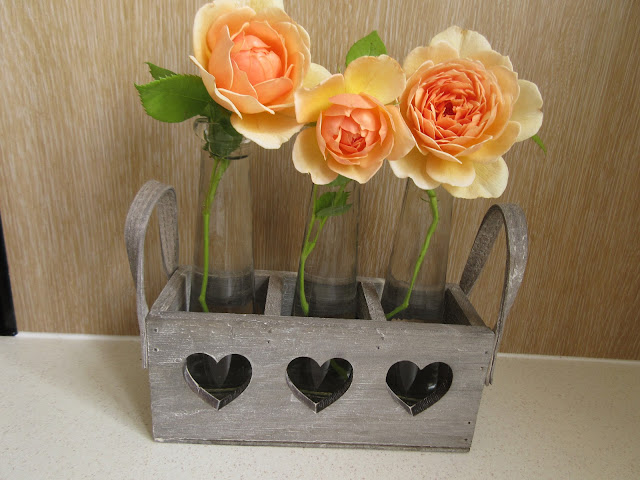 Thank you Mr Austin and thank you Cathy.