Despite the mizzle and drizzle I just had to get into the garden today.  By the time I had got quite muddy it seemed a good idea to move some of the plants I had placed in 'temporary' spots.  I remembered from last year that Primula alpicola var alba completely disappears during the depths of winter, as once the leaves have yellowed they seem to dissolve into the soil, and as some of the leaves were still visible, this was the moment.  This is a plant for a growing shady border where I have also improved the heavy clay with a thick top layer of compost earlier in the year.

I first saw this plant growing in the walled garden at Alnwick Castle...but I had failed to post about this back in July 2015.  I was going to write a part II but never got round to writing about the garden.  This is a picture I took that July of this lovely clump.  The stems are tall and the nodding heads held well above the foliage, give off the most delicious scent.

Later I picked up a 'souvenir' at the Castle Gardens Gift Shop.  Just before we moved I took a piece to bring to Somerset.  I found the plant label buried by the plant.  It is now washed off, and will shortly be put back with markers to show the position of the plants. 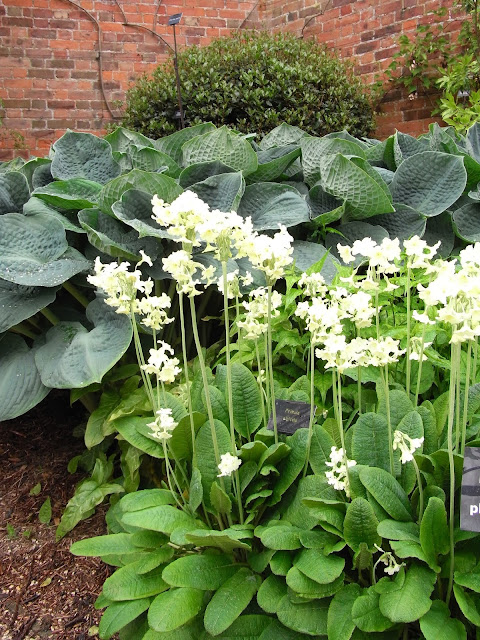