When a Panettone can be a brioche

For some of our breakfasts over the holiday period we usually enjoy a large Panettone.....

In more recent years, I have 'tampered' with the recipe and have come, for the moment, to prefer a pumpkin based panettone dough. 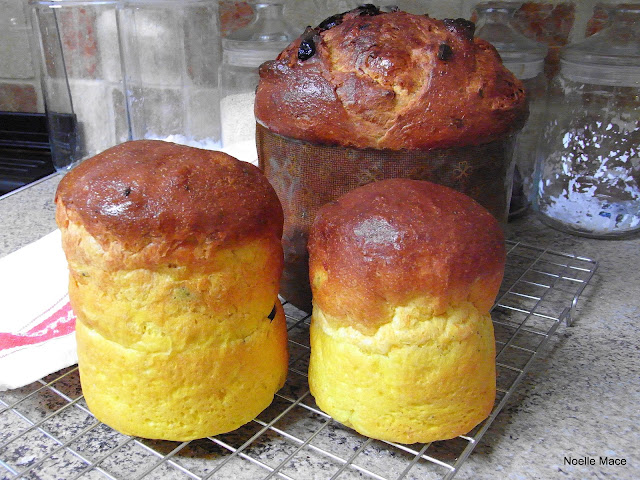 However this year, I felt that with just the two of us being around for breakfasts, a different option was called for.  Since the dough is veering towards an enriched brioche dough, why not bake the mixture in brioche molds: 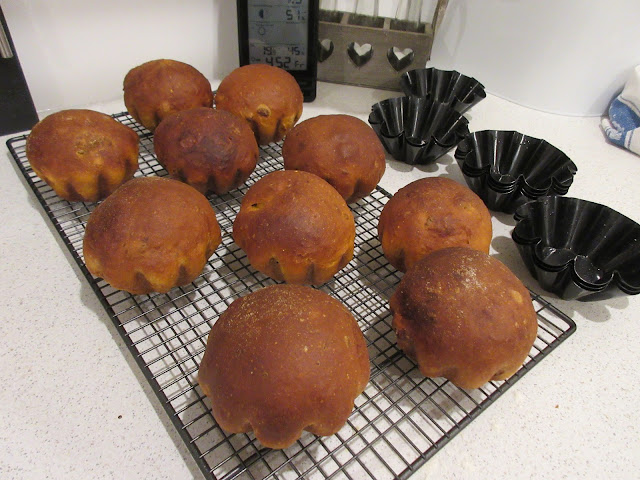 Since I am also continuing in 'my use what we have' phase rather than stashing a yet greater variety of ingredients, for the dried cranberries I used some dried dark cherries than I had been macerating in calvados, some local somerset walnuts, pistachios, raisins that had been soaking in marsala wine, and my home made orange candied peel which I now find much better stored in the freezer.  Next time I ought to glaze them with egg wash.  These were made a few days ago and were frozen ahead of time, and have been warmed up each morning, after being taken out of the freezer the previous evening.

The tins were a gift from my sister Lizzie many years ago, and they are just the right size for a nice generously sized breakfast treat.

Other bread baking was a sourdough bread enriched with egg...which has worked amazingly well, and was delicious with the pate I made.  Again just a use what we have...I had bought some pheasant and apple mincemeat from the game keeper at Well Market.  Having first lined the tins with streaker bacon, I then half filled them with the seasoned mincemeat, added a layer of soaked dried cherries, completed the filling...and baked the pates in a bainmarie in the oven. 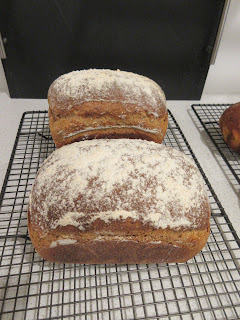 I have refined my canape sticks and will offer up the recipe in another post.
Posted by Stasher at 12:48