Belgian Brioche and beyond 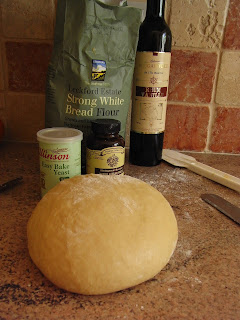 After chatting with my sister in Australia,  I came off the line, and decided it was high time to use one of my new toys, and make up some brioches for the weekend.  Lizzie had bought me 12 individual brioche tins only a few weeks ago, and this was their first use.  This was such a lovely and generous gift.  I had first asked her to look for some for me when she went over to France, but in the end she got them from Lakeland.  I used the Brioche Recipe from the Hairy Bikers Book: Belgian Brioche (Craquelin)....but I had no oranges or orange liqueur.  I then remembered the bottle of Madagascar Vanilla Bean Paste which Penny had brought for me, and the unopened bottle of Mauritian Vanilla scented Rhum, which I have had for about five years in the cupboard!  Therefore instead of orange, I added Vanilla, and soaked the sugar cubes in the rhum. 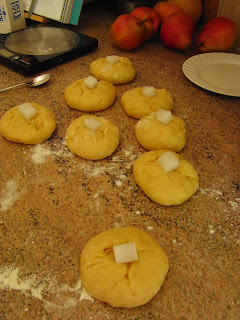 I carefully weighed each piece of dough, and had 12 buns rising in the tins. 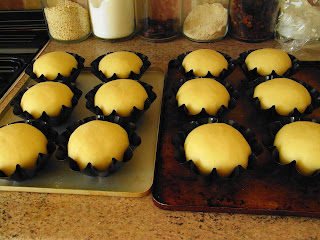 As the mixture already has four eggs, I was a little bit miserly and decided not to brush them with yet another egg yolk.  I will definitely not miss this out ever again, as without the sheen they are not quite the same.  The shape though is very pretty and I am hoping to have many years of using this little tins.  They are dark and heavy and just a light brushing of oil, the brioches tipped out easily, even though some of them had leaked some of their sugary filling. 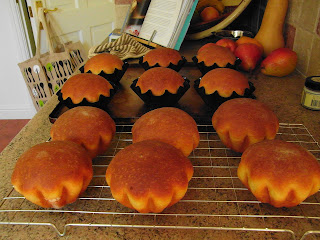 I am really looking forward to tomorrow morning's breakfast.  I shall warm the brioches up and have a couple with a large cup of freshly ground and brewed coffee!  They rest are already frozen, ready for another weekend.