Another of the recipes in Jane Mason's Book of Buns, which on 'Baking our Way through the Book of Buns' on facebook, is the one for December.  Its fun baking the same recipe together,  as I feel that have fellow bakers to discuss the finer points of the recipe with, and also commiserate if there are any problems.  This foggy and freezing Sunday just seemed the right sort of day for baking these buns and filling the house with delicious smells. 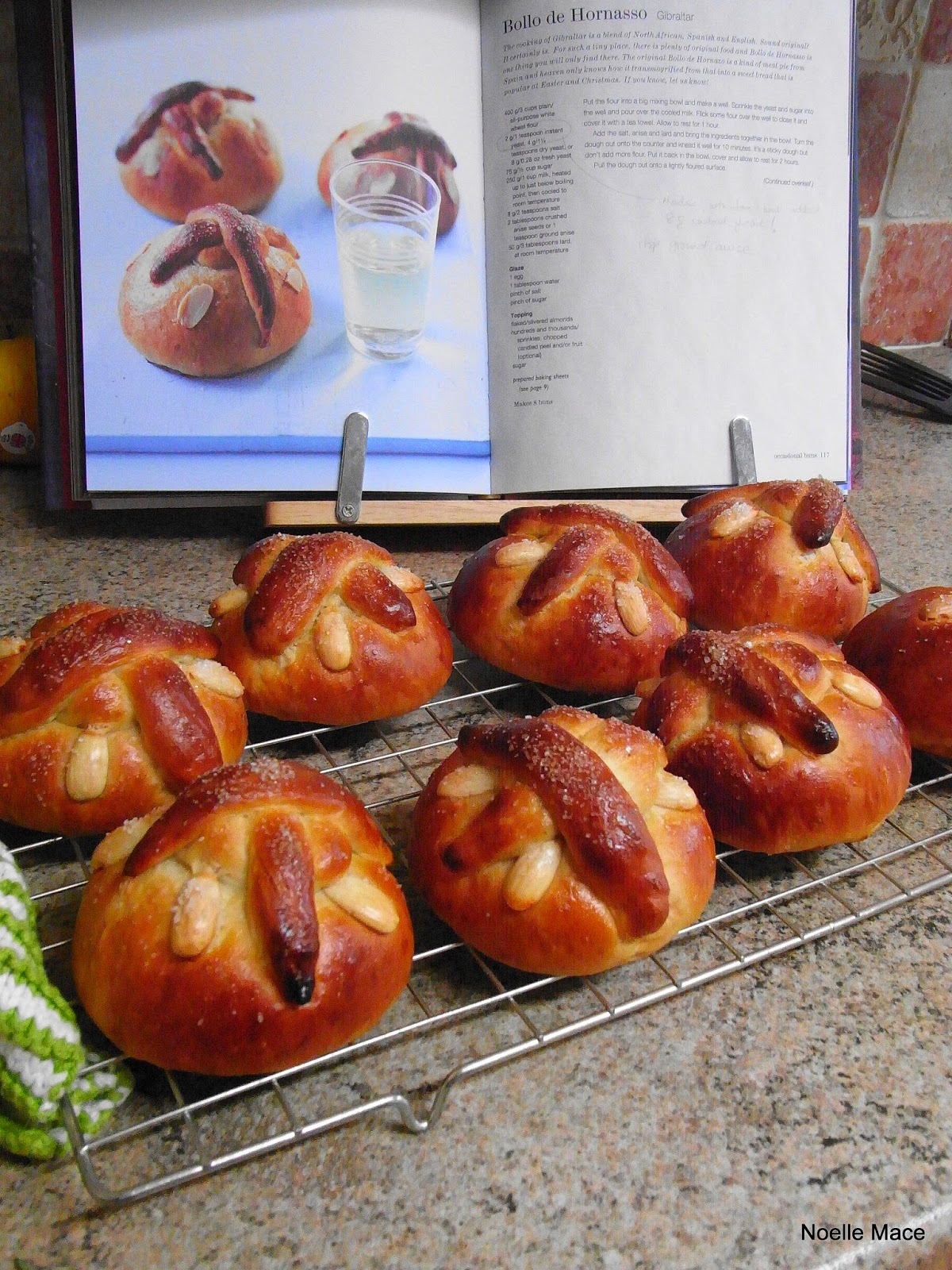 One of the ingredients is Anise.  Ever since this recipe was chosen, I have been in search of this spice.  Through Google and a large book on spices I've learnt quite a bit about this one.  Its the spice used to flavour aniseed balls, though I read that the centre is a rapeseed, which reminds of my mother who really loved these little sweets, and she often asked for these to be taken over to Mauritius when I or anyone else from the UK was visiting.

I went seeking seeds and I find jems.  Two I knew already: two friends who put themselves out to seek this one for me, thank you Penny and Vicki.  I also went into all types of shops seeking the little anise, and met and chatted with people.

Finally on a trip to Coventry, I found a wonderful Market Stall full of Eastern Promise.  The stallholder had lived in North Africa and also Barcelona, and now has set up shop here.   There were lovely marzipan fruits, even better than the ones we saw in Sicily! 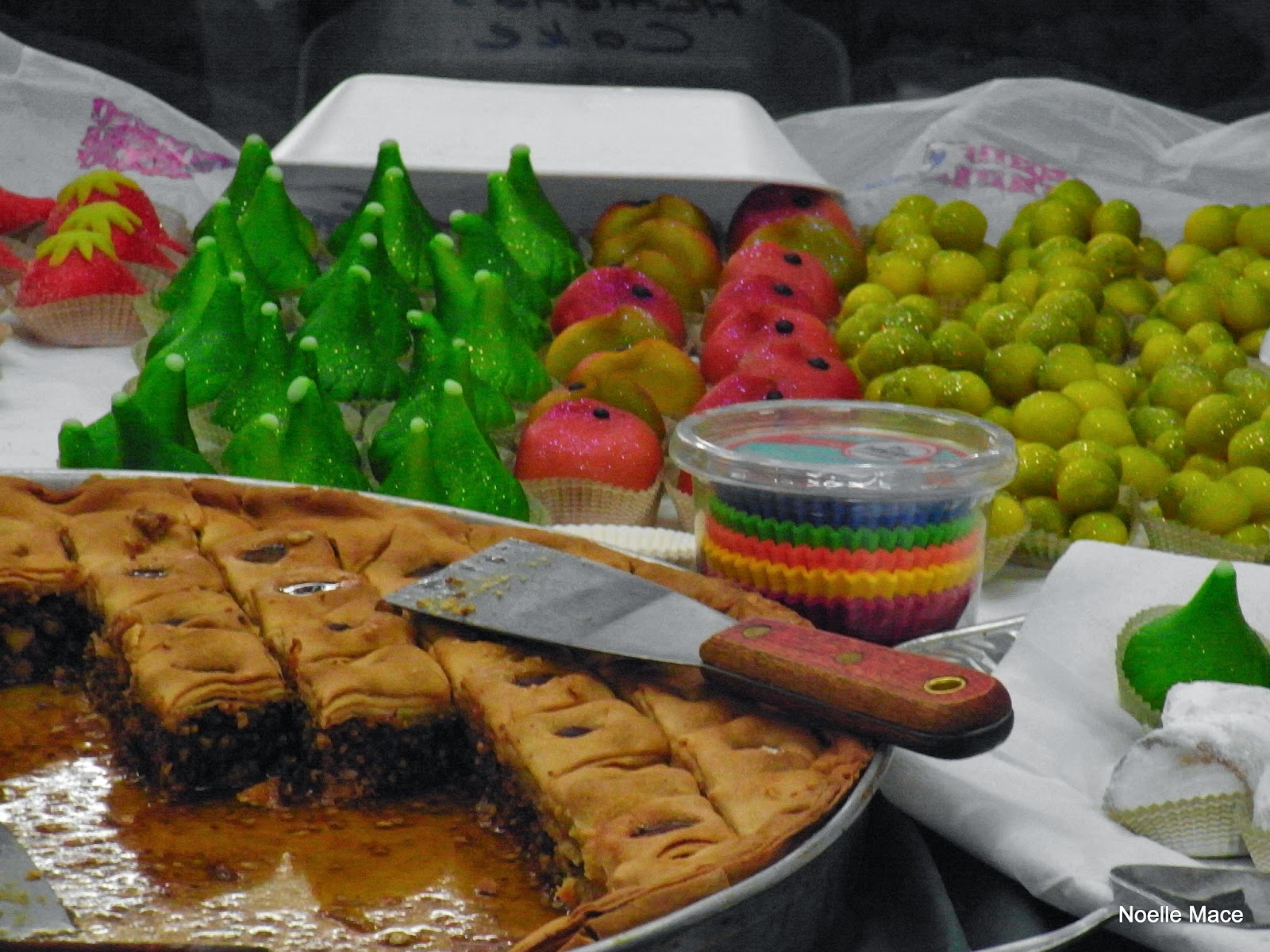 It was as good as any spice stall I have seen, forget the short journey and the cold outside, you could be somewhere in the Mediterranean. I felt that I had been on a voyage. 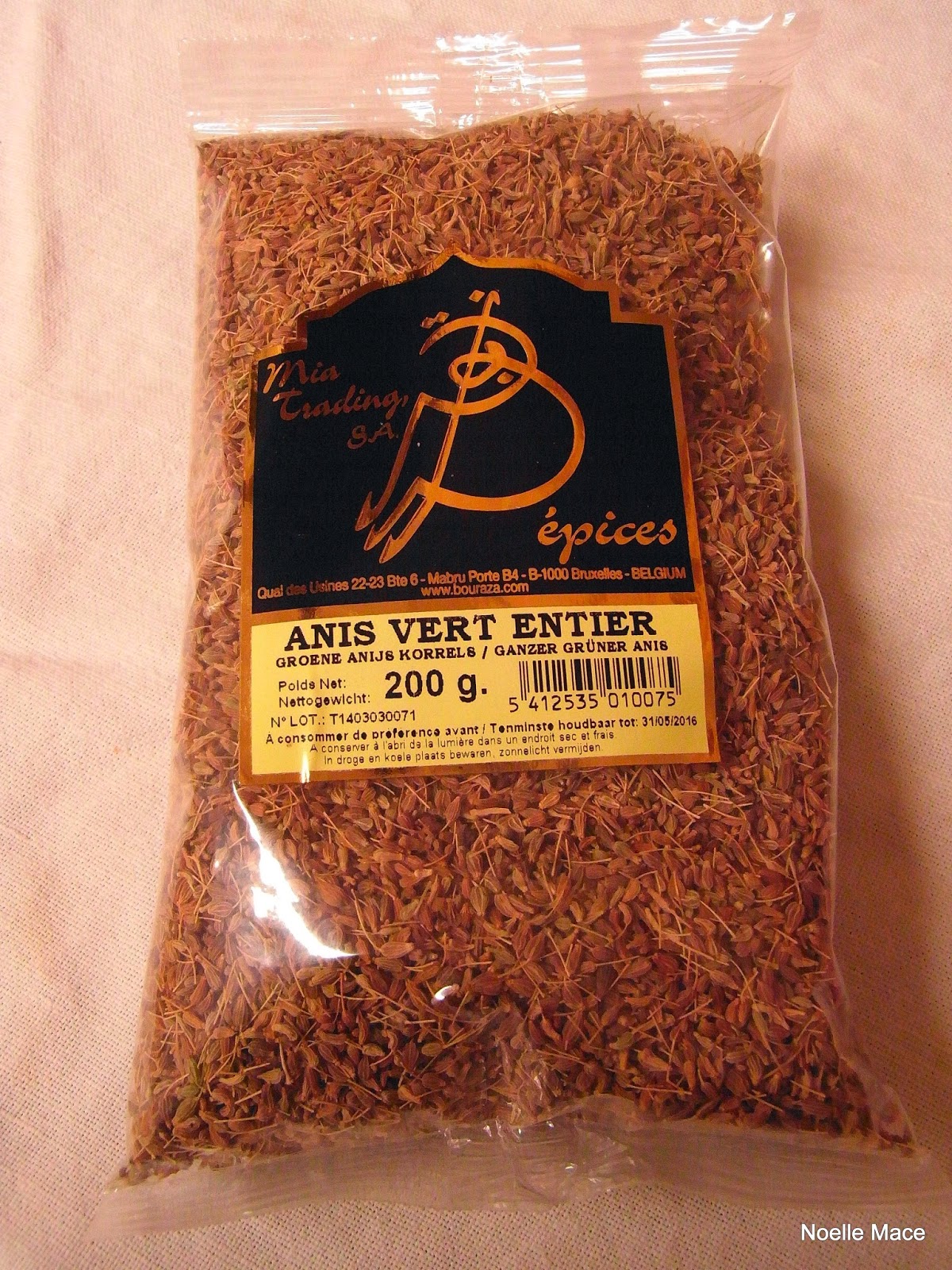 Anise was not the only item I bought!  But I have quite a large packet, and if friends locally would like a sample, they just need to ask. 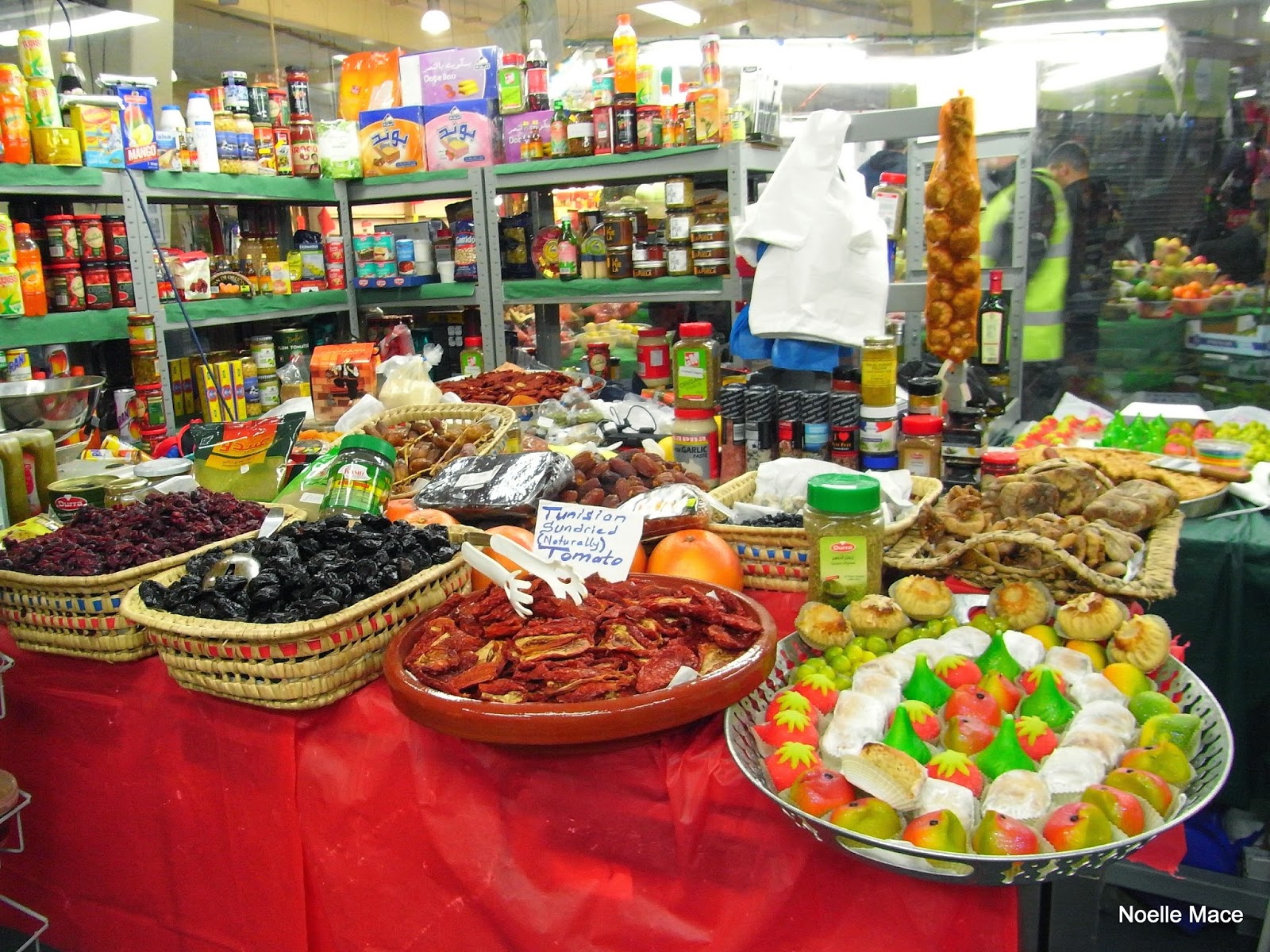 As with many recipes when you are given options I am faced with a dilemma: to use a lot of crushed whole spices, or a smaller amount of ground spices, especially if I have not used the spice before.  As usual I made a compromise using some which I blitzed in grinder, and a few whole ones to check the effect.

Just as I check my photographs 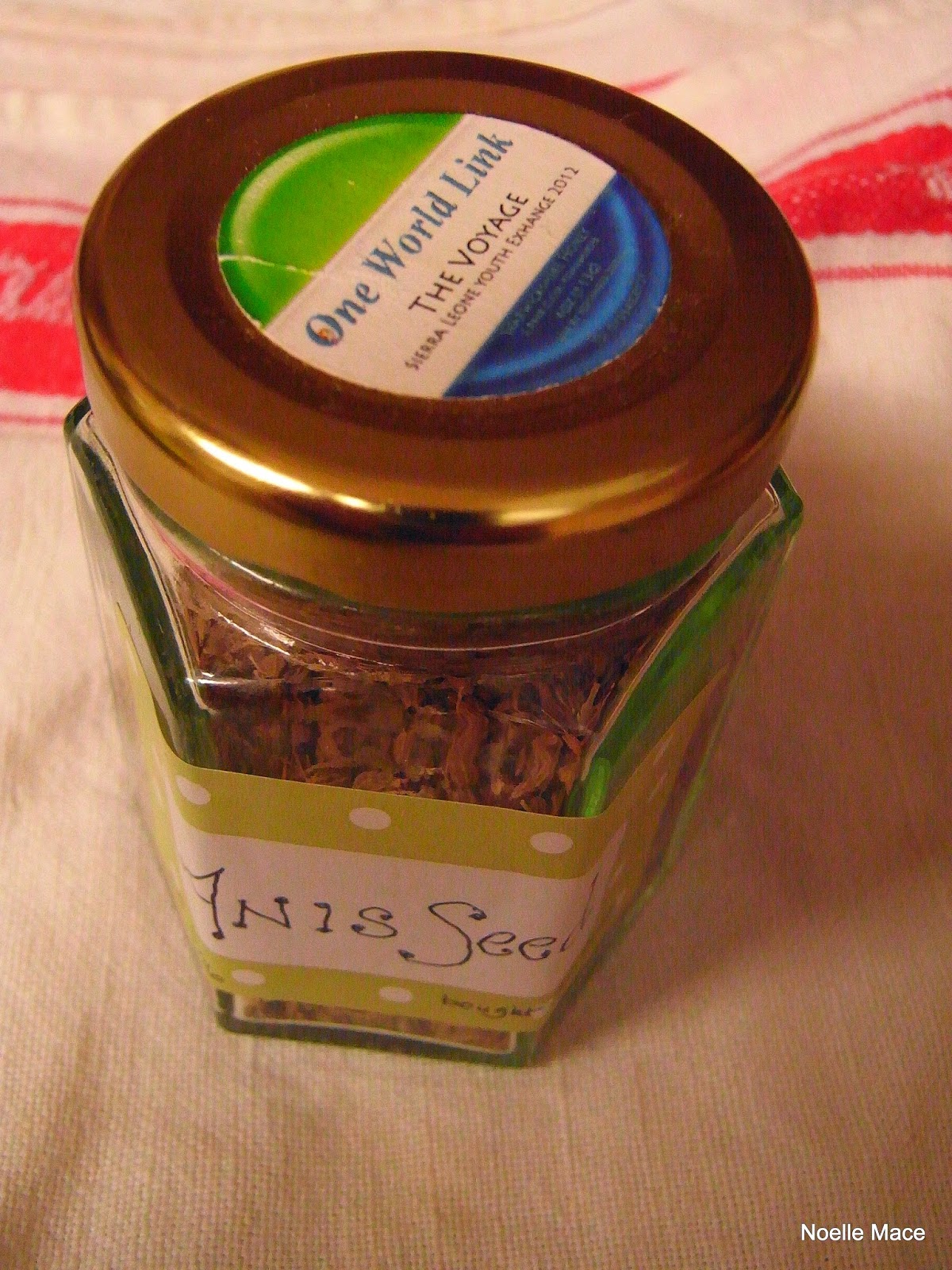 I find a touching connection:  The lid was on a small jar of honey which I bought from a group of young people raising funds for their trip to Sierra Leone.  I had quickly put my hand in my lid drawer and was about to ditch it and get a fresh new one, but on second thoughts chose to keep this one.
Posted by Stasher at 13:53