I love a shed......but with a small garden where there is nowhere to hide a shed, there is no option but to make it a feature.  The first major decision was not to build the sort of base which needed umpteen inches of hardcore and concrete.  After all if someone wanted to move it or remove it in the future, there would more hard work.  Instead we went for a much lower impact solution: ecodeck.   Mr S very carefully skimmed the topsoil, and sifted it ready for me to use elsewhere in the garden...levelled the site, set down the membrane, and fitted out the base.  I wheel barrowed all the chippings from the front drive.

We were really pleased with the shed...rather well made, and in addition with a much higher roof, and door so that Mr Longshanks doesn't crack his head so often!  It took a couple of days effort to get the shed erected to Mr S's aka Mr Longshanks's satisfaction.

After painting the outside...we are going to paint the inside, attach guttering, and have a water tub to collect rain water.... 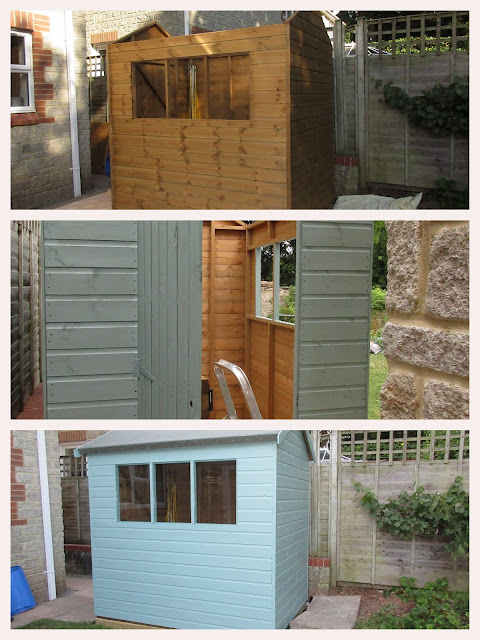 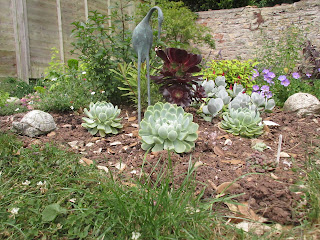 Strange mixture put best out of their pots 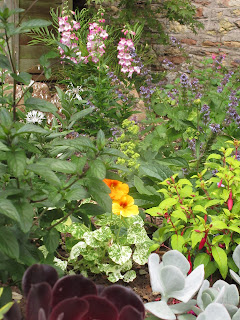 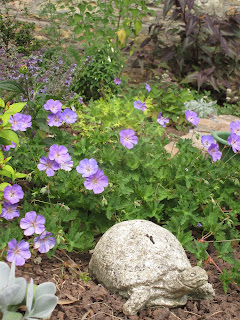 Still in her pot..and struggling in the heat: Hydrangea paniculata vanille fraise.  They have since opened to a beautiful creamy white...in a few weeks they will turn pink.  This shrub will need to go into the ground this autumn, but first a good input of the black stuff is required! 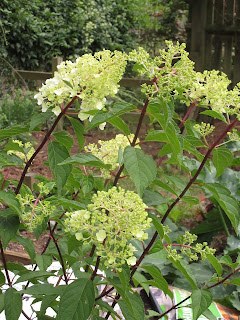 Already producing are courgette plants; one green and one yellow. 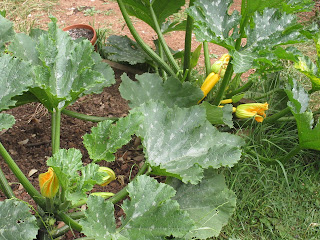 I am a little disappointed with my new clematis but maybe with the very high temperatures and lack of natural water, it is not suprising... 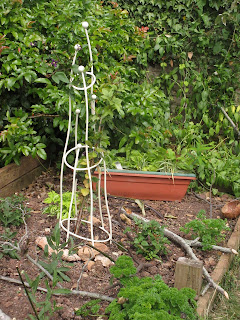 close up of Clematis Aromatica which is a little underwhelming in its performance. 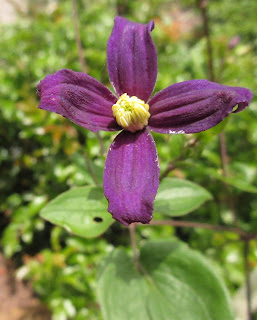