At one time or another most gardeners in England will have grown Corydalis.  It is mostly the large red and white Bleeding Heart, and around these parts there is the yellow corydalis that grows wild in stone crevices. So many people recognise it....I love the form and the beauty of both foliage and flower.

In my last garden I had a pretty patch of Dicentra eximia.  The leaves on their own are rather pretty and fern like, and flowers made good cutting.  Unfortunately since it dies back by late summer, when I was starting to collect portions of my perennials to bring, it had slipped my mind.  I am on the look out for this one now. 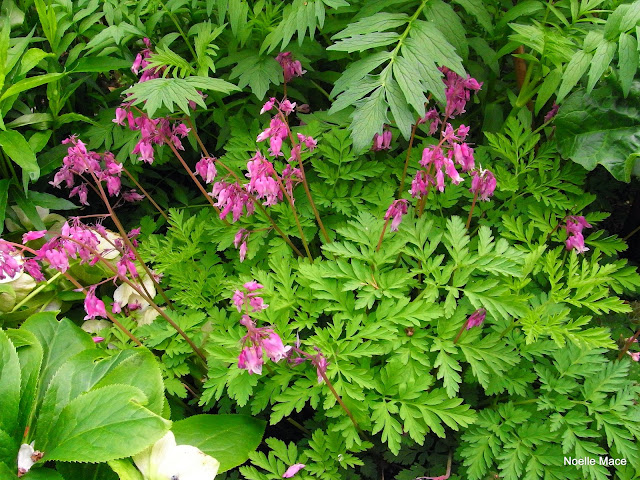 Last year I had acquired Dicentra cucullaria, aka Dutchman's breeches.  It has yet to emerge.  I potted it into a large pot to add to my display shelf. 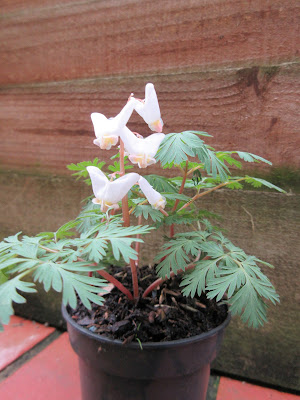 The Corydalis Malkensis with its white flowers was the first to flower this year. 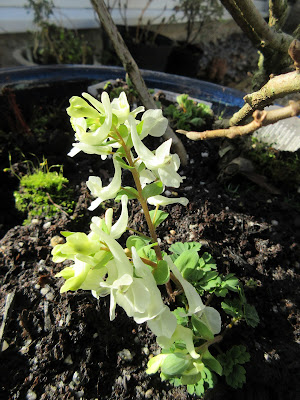 ...and just a week or so Beth Evans is putting out flower stems.  The picture below was taken last year. 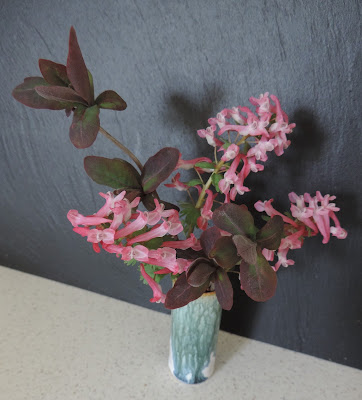 A little blue c. flexuosa 'Kingfisher' was blooming till late autumn, and the tiny new leaves are just breaking through. 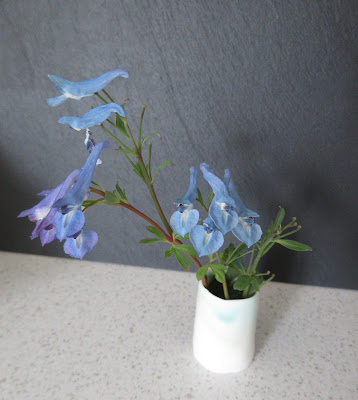 Just breaking through now is the white bleeding heart Dicentra/Lamprocapnos spectabilis 'Alba', which was from a division from my neighbour Val.  This will be the first season in flower in my garden, and I looking forward to seeing how it looks in the position I've given it.

There is something specific to their form that I find attractive.....and whilst visiting a small nursery on our way back from the coast had my eye taken by a 'weed' growing on the surface of a tub grown tree.  I was told it had been a plant that was sold at the nursery, but it was no longer available.  I was delighted to be given a few 'bits' and of course I left a little donation....

Only a couple of weeks ago, I received my copy of Bleeding Hearts, Corydalis and their relatives by Mark Tebbitt et al.  This was really useful in identifying my newly acquired cuttings:  Corydalis cheilanthifolia 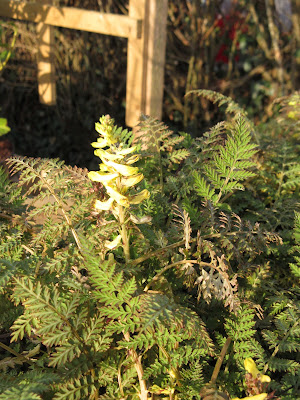