For more interesting items from Gardening Six on Saturday Leader 'The Propagator' do visit his site.

The first of this week's Six on Saturday is the diagonal view across the back garden towards Acer Corner.  The bed on the left, and the right, the paths, the circle in fact everything except for the acer which I planted from a large container brought from our last garden within months of moving, and the Mahonia now in flower has only recently been planted.  Over the wall we have extremely quiet neighbours with a tall Holm Oak on the North Eastern corner. 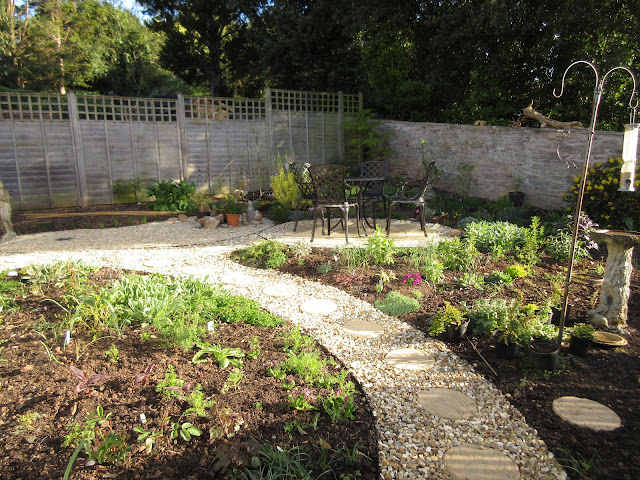 The second item is a view along the shady border.  I love shade gardening and missed my patch of ferns and other shade lovers.  With only a narrow strip along the south of the plot, it is evolving. 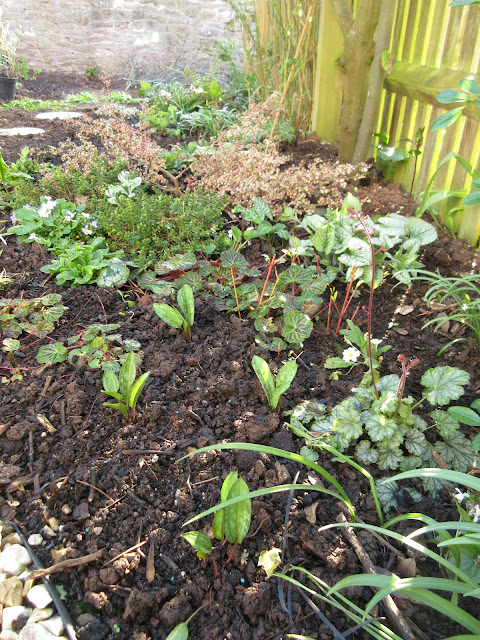 For the third item, I present shrub of the week: Sorbaria sorbifolia 'Sem'.  The enjoyment watching the pinnate leaves emerge like colourful anemones, is savoured each day.  From the kitchen window you can see the tiers that the leaves form.  For the moment, it is posing on the gravel garden.  After I first bought this at the Bishop's Palace at last year's Rare Plants Sale it went up a pot size, and in a month or so, another large pot will be needed. 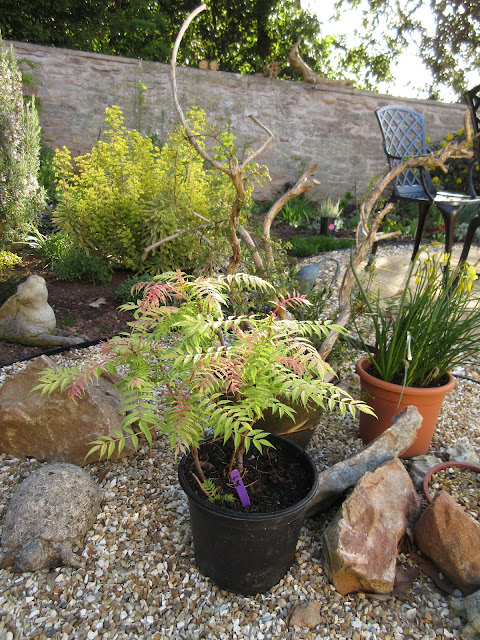 For the fourth item here is a little heirloom primula: Primula Wanda.  Its one of my friend's Kaye's Heirlooms, brought from her father's garden.  Isn't it wonderful to have an 'heirloom' which can be increased and shared around?  I have been enjoying it whatever the weather, and it is bulking up nicely.  It grows well in sun, shade or semi shade, and without doubt will be divided into three as soon as the flowers are over.  I was delighted to receive this, as this is one I had grown in my previous gardens, but had forgotten to bring it along. 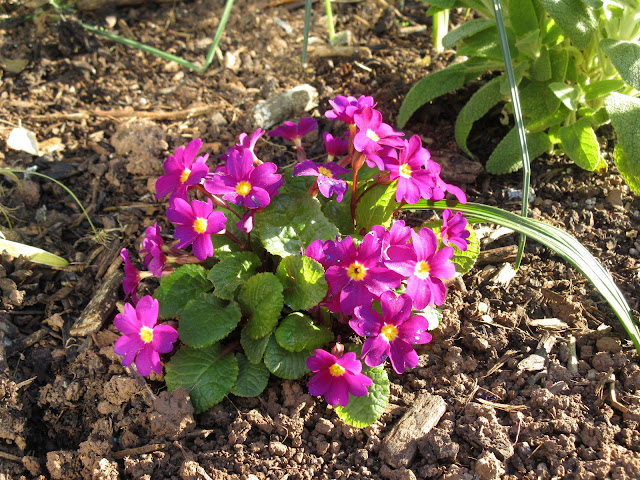 The fifth item is an example of my enjoyment in finding uses for 'discarded' materials.  Here the prunnings from the Amelanchier trees in the front garden has been used as 'bower' to support the clump of Aster x frikartii 'Mönch'.  Again another plant which I grew and brought a section to the new garden.  Last summer it performed well but flopped over its neighbours a little too much. 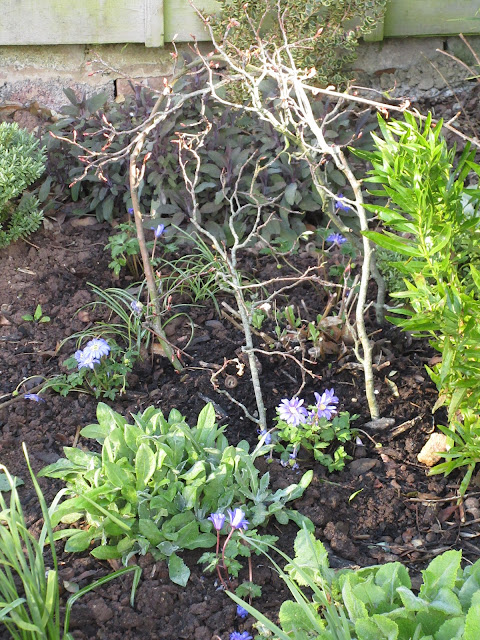 The Sixth item is this week's gardening experiment.  The branches on the Plum Mirabelle de Nancy...I am already tasting my plums before they are even set, were growing very closely together, and I wanted a more open branching tree.  Soft green coloured raffia was wound around the branch to prevent digging into the soft bark, and then weighted down with a small rock.  I had started with a sort of art installation...with smaller rocks handing in mid air but after a little playing around opted for a more workmanlike effect.  I've seen branches braced apart with sticks but wondered whether rubbing may open wounds and allow infections to enter. 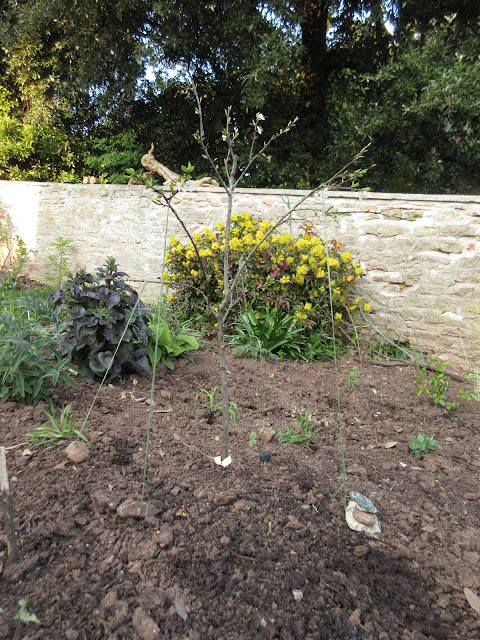 Ridiculous enough to be 'Art'
Stones used
Plum: A Stone Fruit
Cannot be moved, a temporary 'Installation'.
Posted by Stasher at 06:57