I nearly didn't go as I was feeling below par the day after my second vaccine.  However I was delighted by the enchanting woodland.  I was there for the Geology of course, and having received the excellent field notes, maps, and diagrams, looked forward to this field trip, as there is nothing quite like having 'our' Professor guide us. 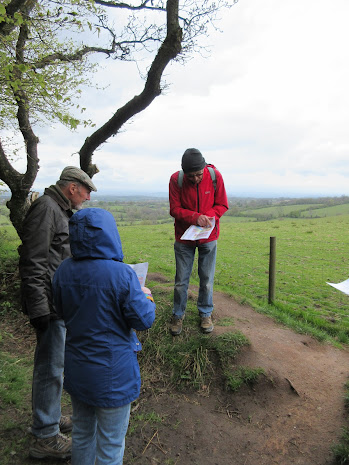 We were standing very close to, and examined some interesting exposures of andesitic lava flows and agglomerates, the later much sought after during the Iron Age and Roman periods for querns, millstones and the former as sort of grit tempering found in the distinctively decorated Iron Age Pottery found at Glastonbury.

The band missed the little patch of Wood Sorrel emerging from the thick blanket of decaying leaves: 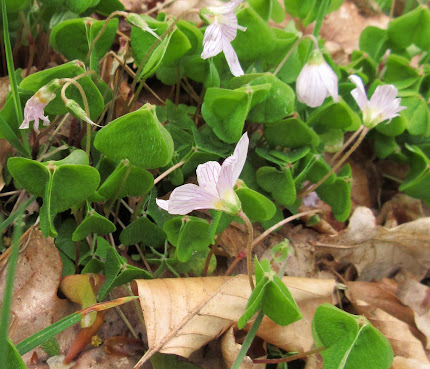 The site is rich in Archelogy, which was been very much disturbed in the past when ridges were ploughed when replanted with some beech  in the 1950s.  There still remains some interesting mounds which I will read a little more about on the Beacon Hill Society's Page.

"In Roman times Beacon Hill was probably at its busiest. Two main roads – The Fosse Way and a road from the Mendip lead mines to Southampton – intersected on the hill top, though little of their original construction is visible today. More apparent are the rakes, quarry pits and working platforms in the wood, that represent a considerable expansion of the stone extraction industry. The querns and millstones that continued to be produced here have been found at Roman settlements like Ilchester, Shepton Mallet or Camerton, as well as at villas and farms in the region. The sandstone was also used as metalling for surfacing the Fosse Way at Shepton Mallet at least." 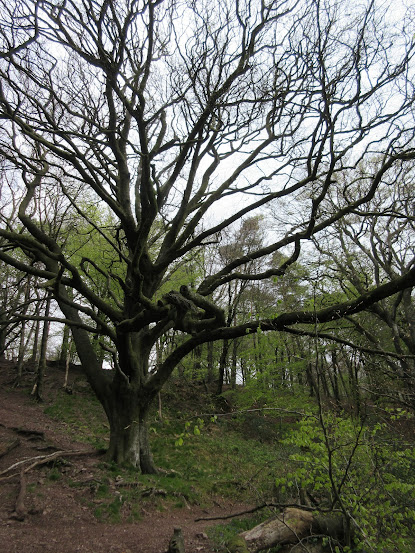 We came across some wonderful old Beech Trees, not yet in leaf. 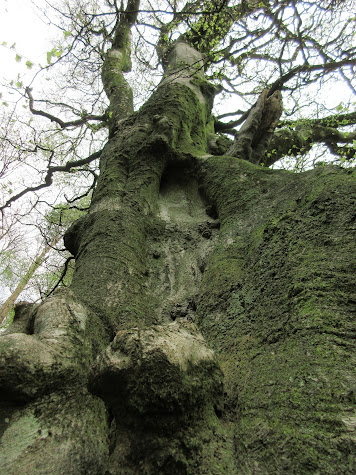 The bluebells were also far behind compared to those lower down and further West along  the Mendips.  On Wednesday it was a jumper, hat and gloves cooler than Wells.  I was already wearing my warm coat and I shall remember to put further layers in the car next time.

I am looking forward to a slower paced visit soon to explore this beautiful wood looking out for other interesting flora.  I did notice that they had a fine selection of ferns, mosses and  a patch of  bilberries.