I wasn't going to post today.  After baking buns this morning and a few other tasks, I felt tired out.  Today it is hot,probably as not as it has been all summer this year.  I was just going to view Cathy, the Queem Bee's Post and suddenly I became motivated. She has inspired me to put some bee things together.

Just before I opened up the computer, I was sewing up a button and noticed the motif that I had embroidered on my scissor keep.  We made scissor keeps under Kay's tutelage, and it is a lovely reminder of that sewing group in Kenilworth.

I started with Pelargonium Capricorn with its bee guide lines clearly marked for us as well as the bees.  Probably bees can see far more different colours etc than we can. 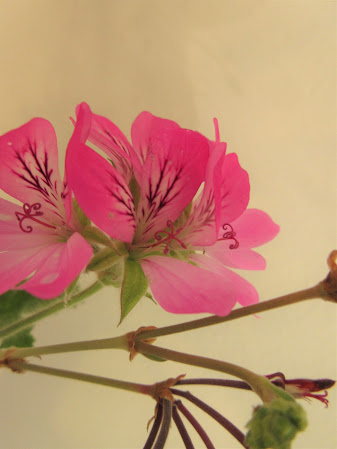 Next door to Capricorn is Pelargonium hybrid sidoides x reniforme “Burgundy” which is just the colour of the lines on Capricorn. 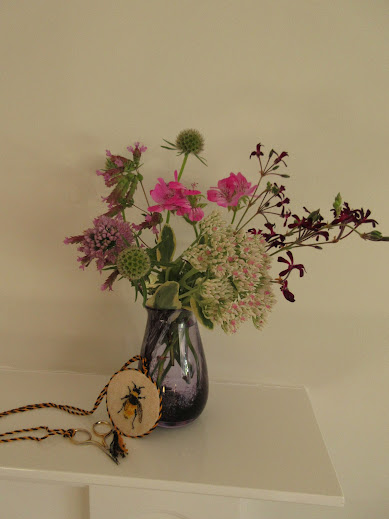 Other bee magnets are the Allium senescens montana glaucum which is just coming into flower. This clump forming allium with its flattened swirling leaves is the bright spot in the gravel garden at the moment. In there as well is Origanum Bristol Cross, Sedum erythrostictum 'Frosty Morn' and the heads of the white Scabiosa caucasica 'Perfecta Alba', which have been pollinated by the bees, and hopefully now contain some seeds.
This bit on the scissor keep has been added with a link to the original project back in 2011.
Here is another scissor keep and a little reinforced holder which slips into the sewing thing holder which is called a housewife the first mention of that being in 1749. In effect it is a portable sewing kit. 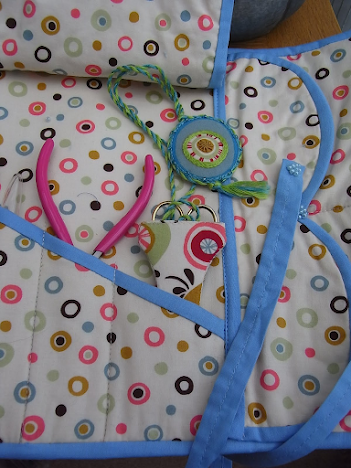 Something has happened to my camera, but I am too tired to sort it out at present, and I think I would rather join in than not.