Yesterday I speeded out to view the shearing of the Alpacas at Toft Alpaca.  It was my own fault that I was late.  At Pilates my teacher Jayne, had mentioned that she was going out there, and it seemed just the thing for me to join her, as I was 'free' and had the car.  For over a week I have been housebound, whilst we have the bathroom gutted and plastered, and tiled, and refitted.  D had decided to work from home, and hence the unexpected day of 'freedom'.

The group had already set off, and went down various paths to try to find them.  I found mothers with babies, but no group.  I went back to the shop, enjoyed looking at the yarns, but decided to head back after waiting for half an hour or so.  I had the car, and I was on my own, so decided to drop in on Ryton Organic Gardens.  Officially they were closed, but with my RHS membership, they suggested I slip round the main buildings.  It was lovely, hardly anyone else in the garden, I strolled around, but then had to dart back to the car, as heavy rain drove its needles into me.

On my way back I decided to call over to Avondale Nurseries in Baginton, and have a look round.  Brian Ellis had just given our last talk at the Kenilworth Horticultural Club.  His show garden is really worth looking around but the plant which I spied had no small ones for sale.  Next door, all within the Russell Nursery complex is  John Gillies who has just opened a small outlet for his shrubs, so I popped in there.

John has some unusual shrubs, with the entrance to his area decorated with fine specimens.  Just looking around, I felt that what I needed was a bigger garden!  His little dog is sure to greet you, but he is definitely on guard.  John was in his tunnel working, and I felt quite free to browse without pressure. 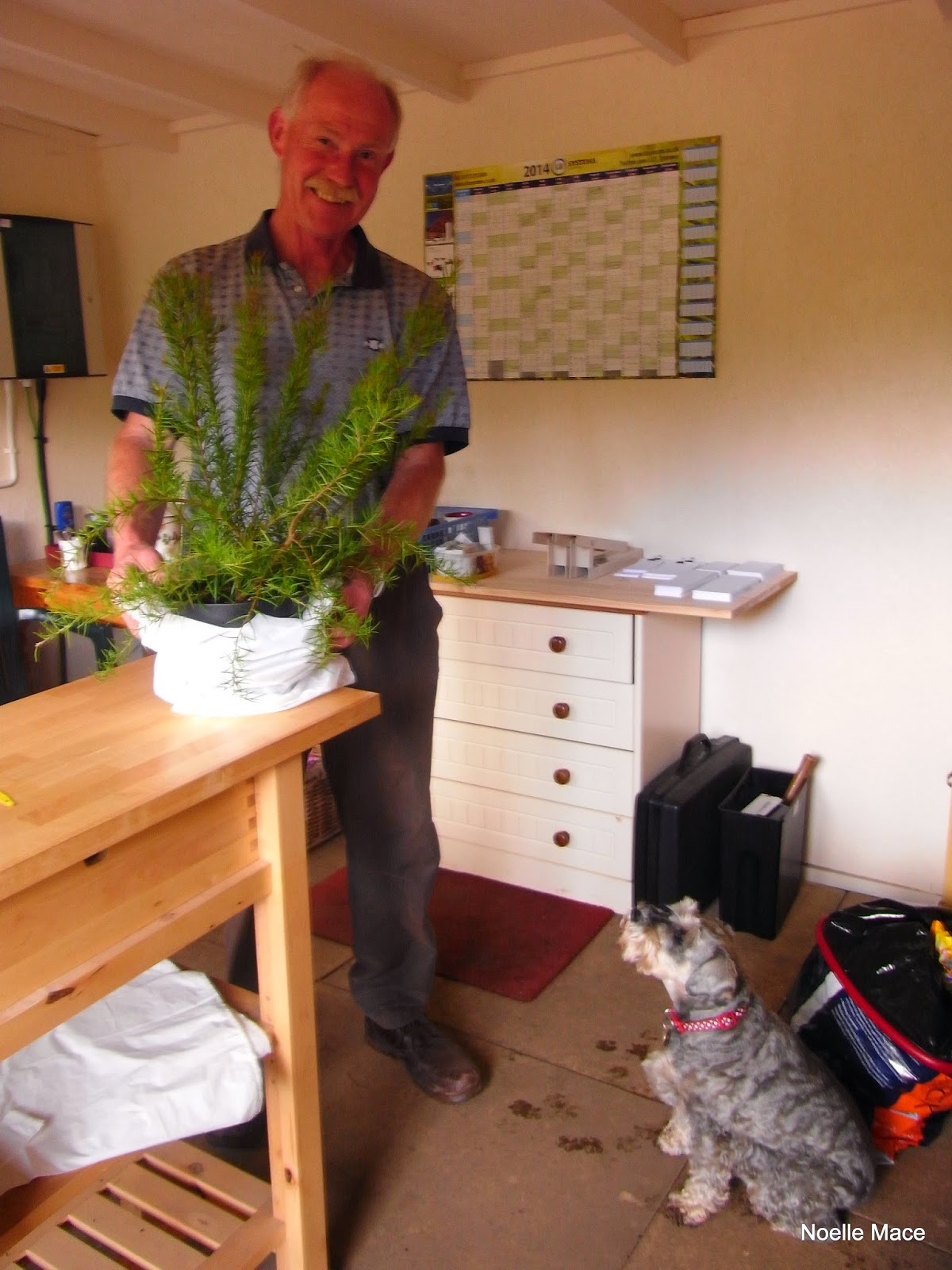 Well I felt I needed a treat, after all I had missed the walk around at the Alpaca Farm!  I was drawn by Grevillea Canberra Gem.  It was an Australian Plant, and I could grown it in a pot for a while.  I loved the leaf form and the shape of the flower.  It reminded me of those bunches of flowers we get early in the year in florists which often include some of the large Protea flowers, and a few others.  John gave me some advice.  I loved the form of the flower, and have looked up various sources to learn more.  Its a member of the Proteaceae family!  I've gathered care instructions which include NOT feeding it with a phosphate festiliser!
Posted by Stasher at 13:34