I did a lot more looking than snapping on this stop.  We were lucky enough to 'park up' almost alongside the old part of the City. 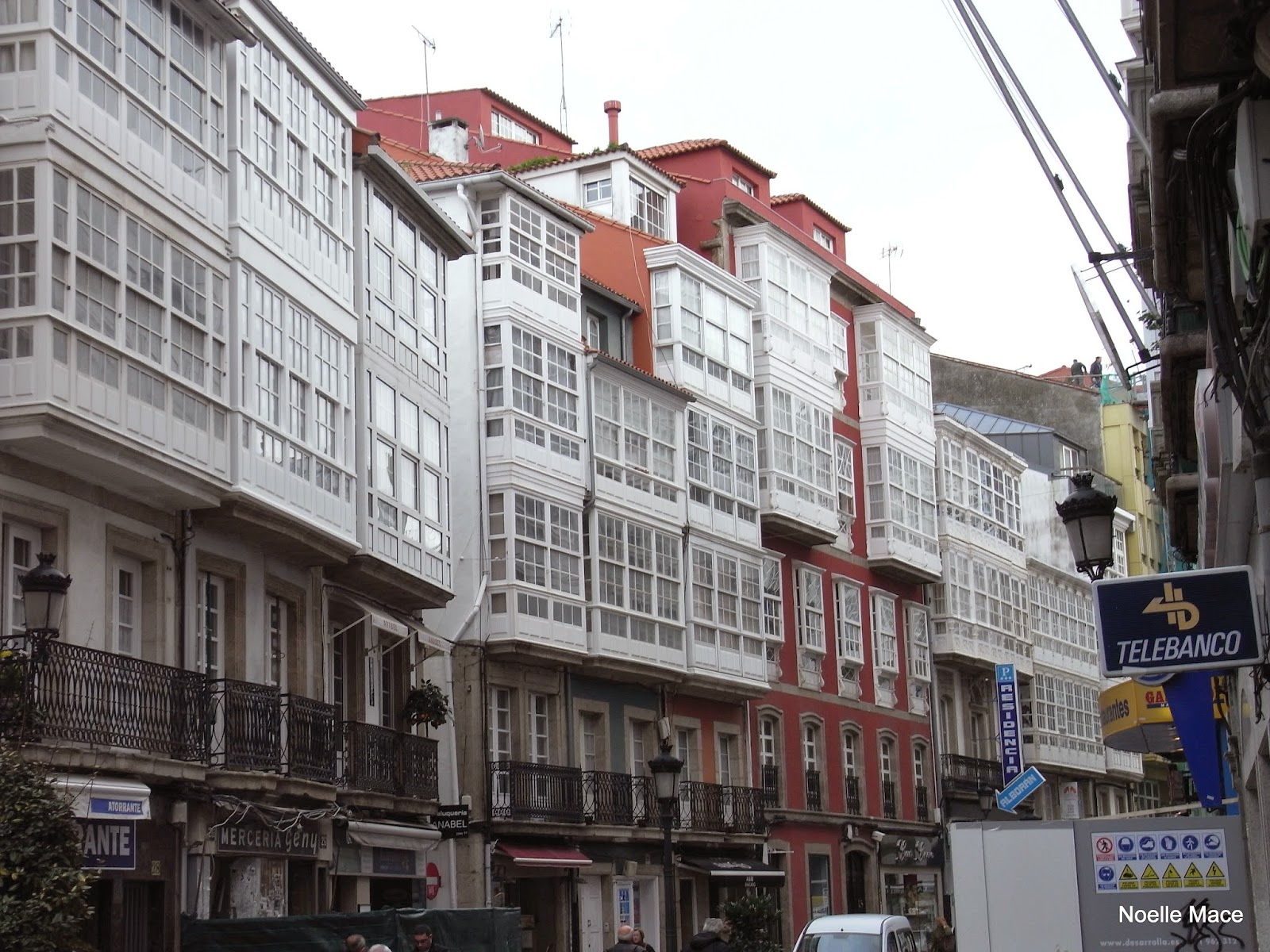 With most of the shops shut as well as the Castillo de San Anton, we were very pleased to find the home of Emilia Pardo Bazan open.  Its just a small entrance off the street, and the living quarters are found up a flight of steps.  The interior is well furnished and gives an interesting insight into the domestic layout of a City 'salon' of the late 19th early 20th century. 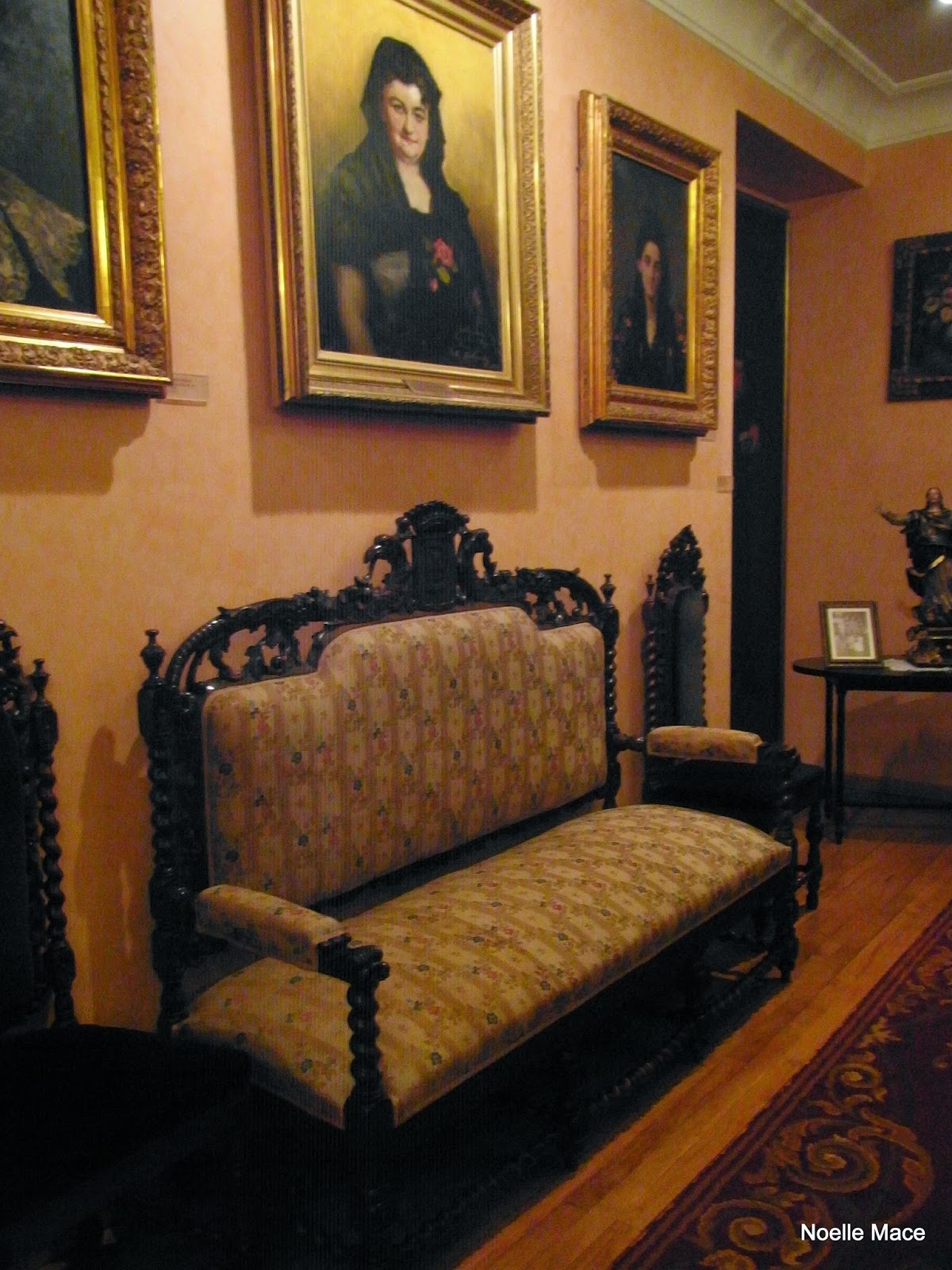 This 14th century Santa Maria Church is offset from the main hubbub of the town, and well worth a little detour.  The streets in the old part were really quiet, but I guess with places shut its not surprising. 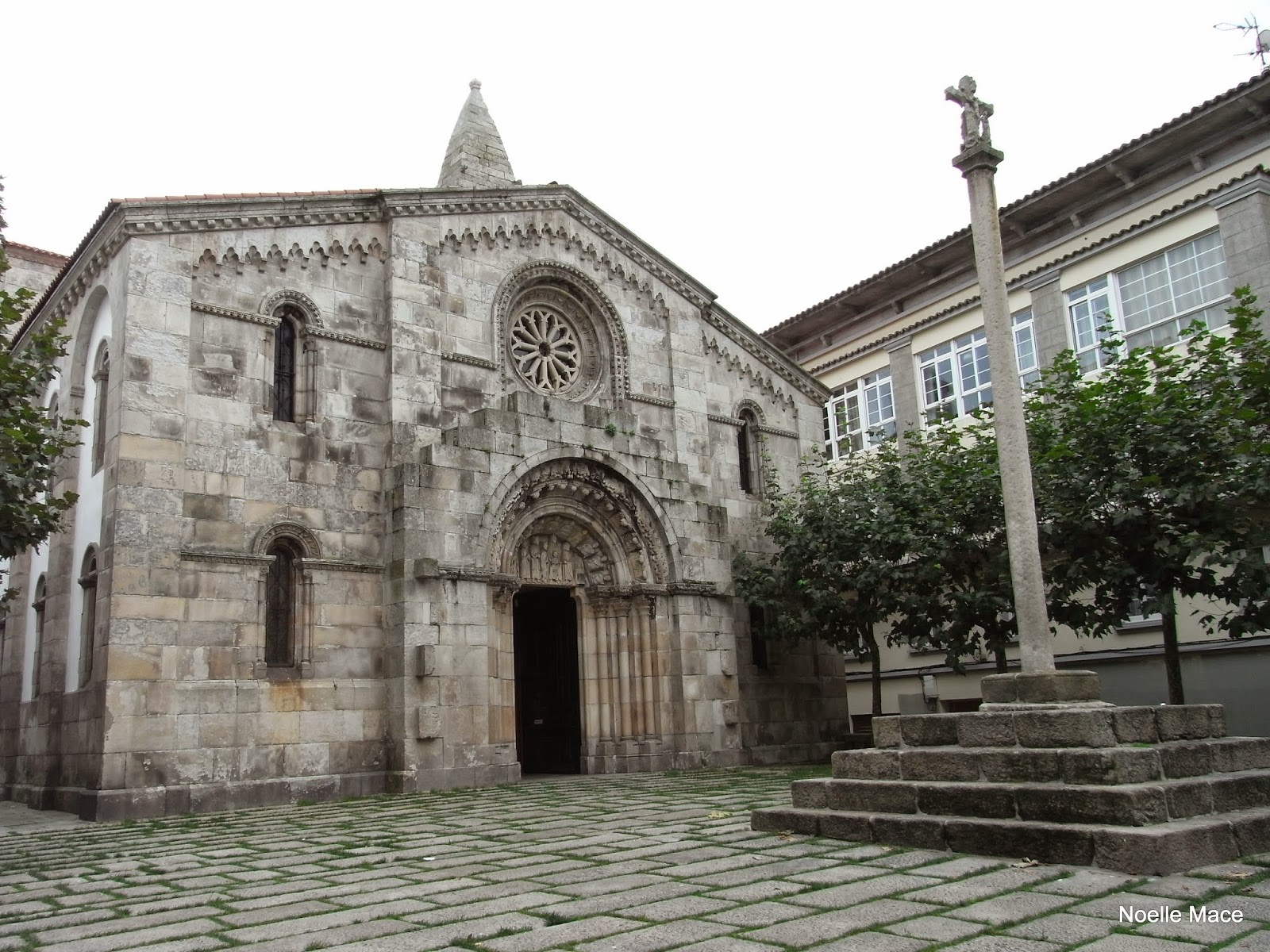 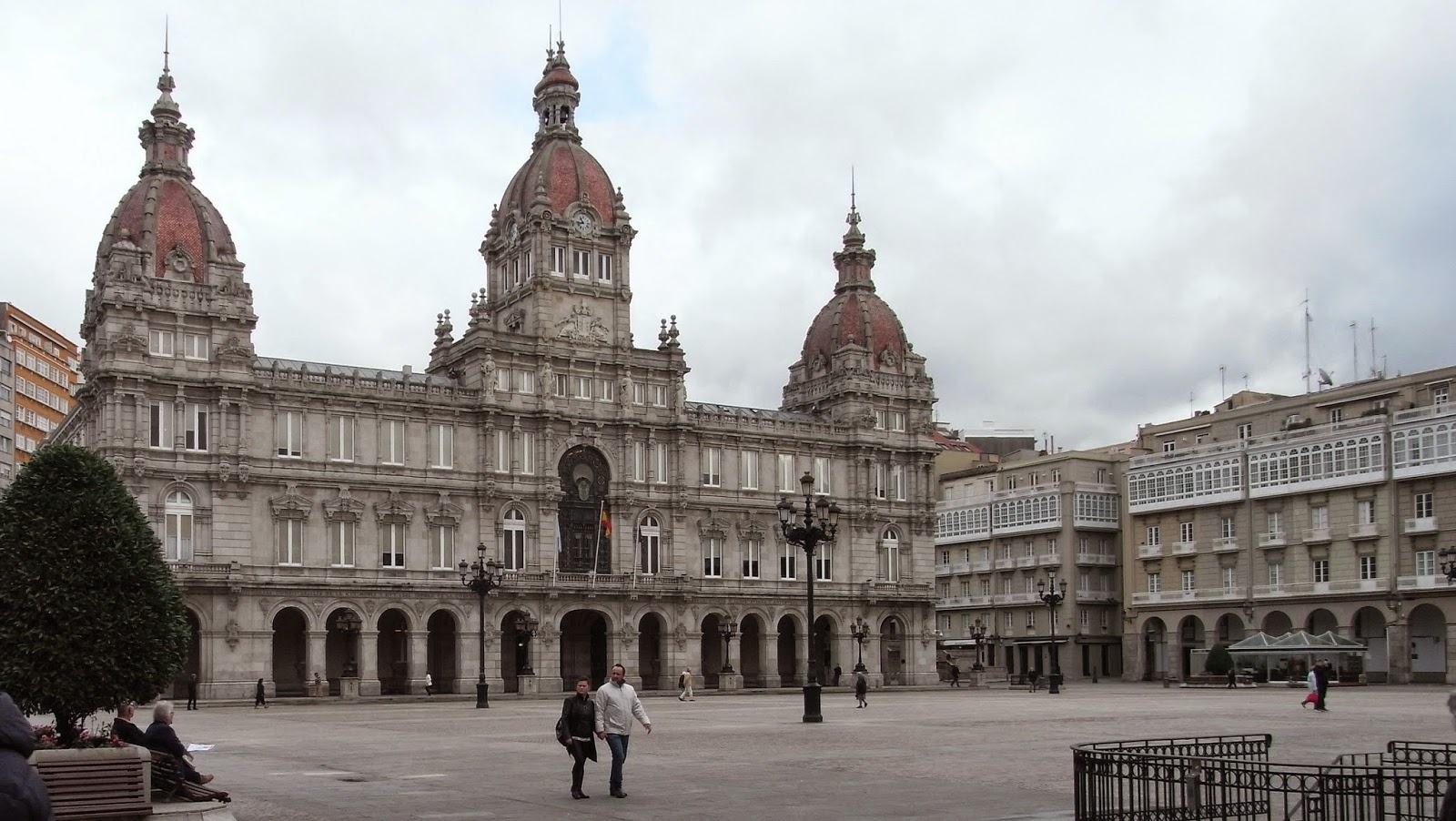 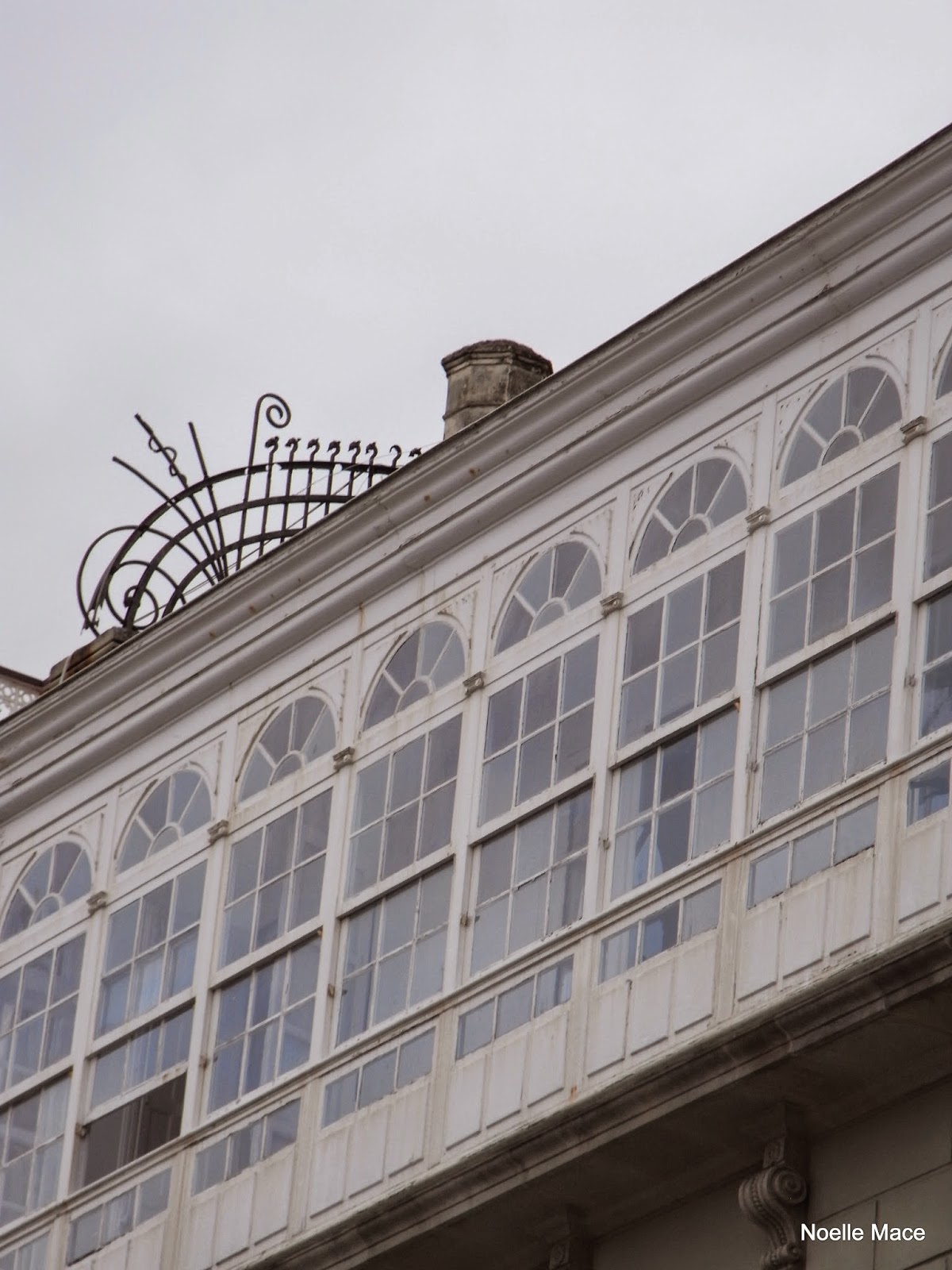 If the city can be as cool as it was that day, I am not surprised that an architectural detail typical of the older buildings  are the windowed balconies. 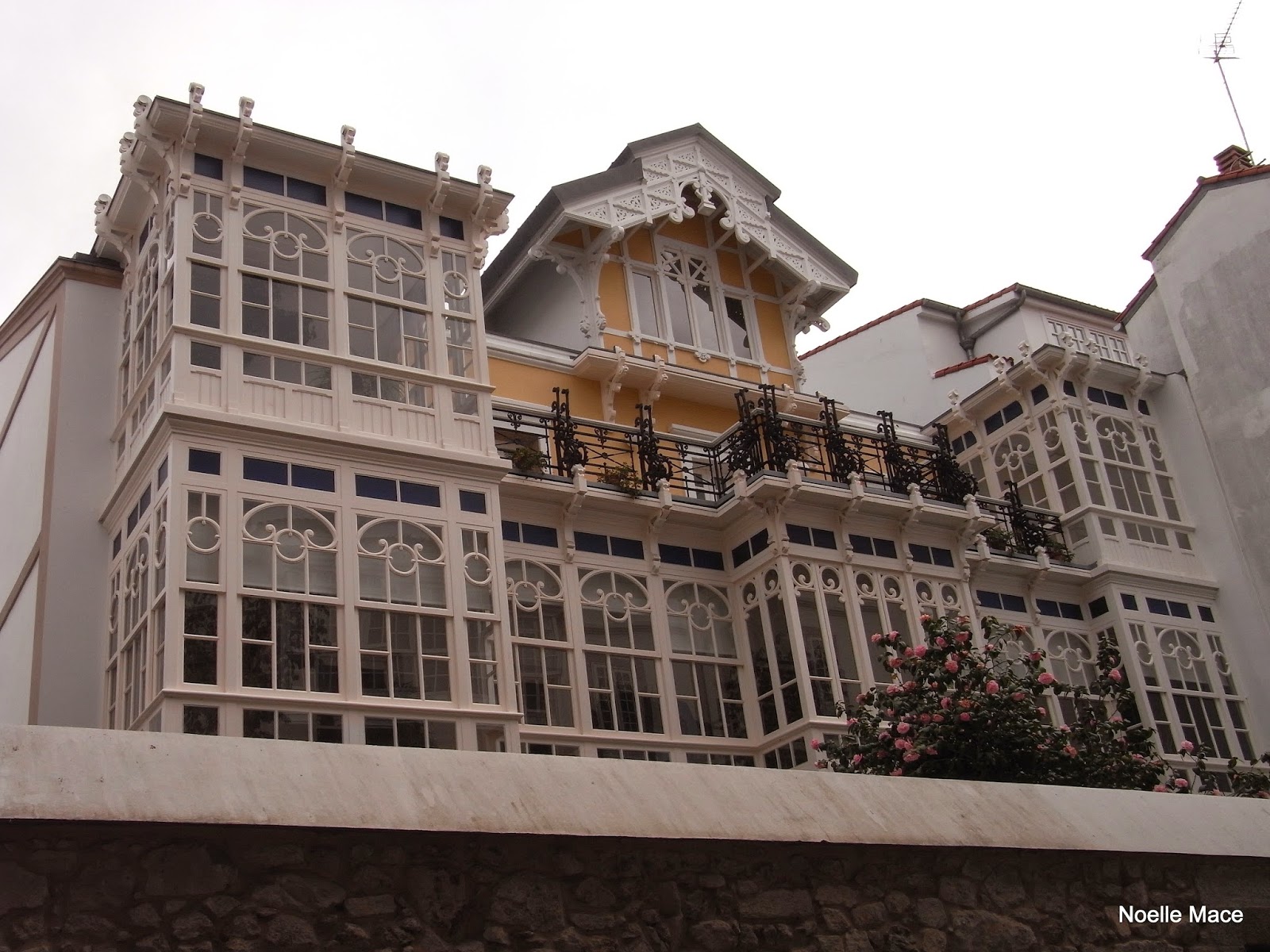 We stopped in a cafe and after a while a lovely English lady came up to us to 'apologise' for the weather.  She was now living in the City and said that it had been really lovely just a few days ago.

After this we had another full day on board ship.  By this time we well into the swing of things, timing our transit from one activity to another, with a recital in between, and getting ready for our formal dinning evenings, with concerts and dancing afterwards. 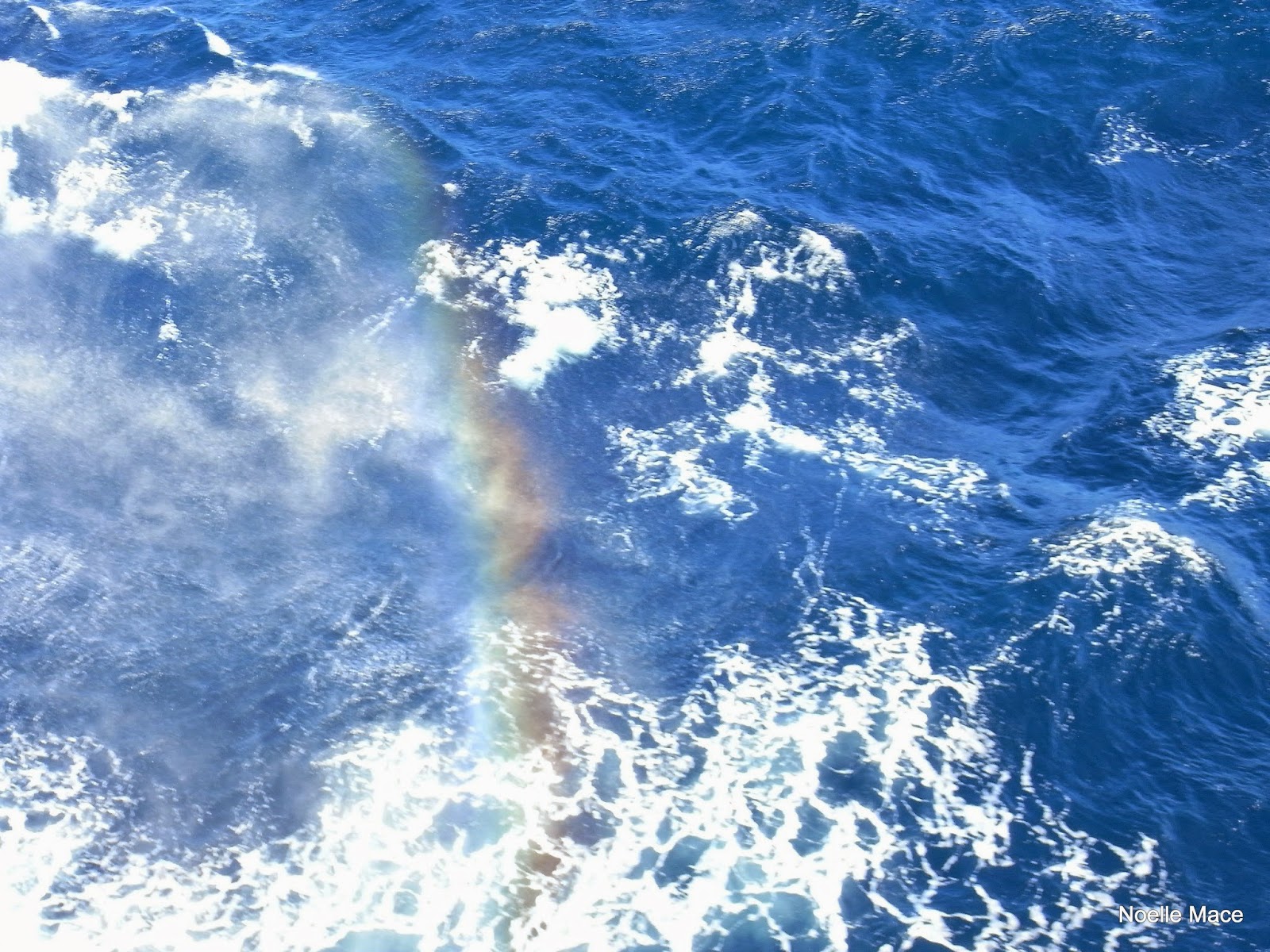 We always found time to walk round the deck, look at the sea and sky, and even find rainbows in the spray off the crests of the waves. 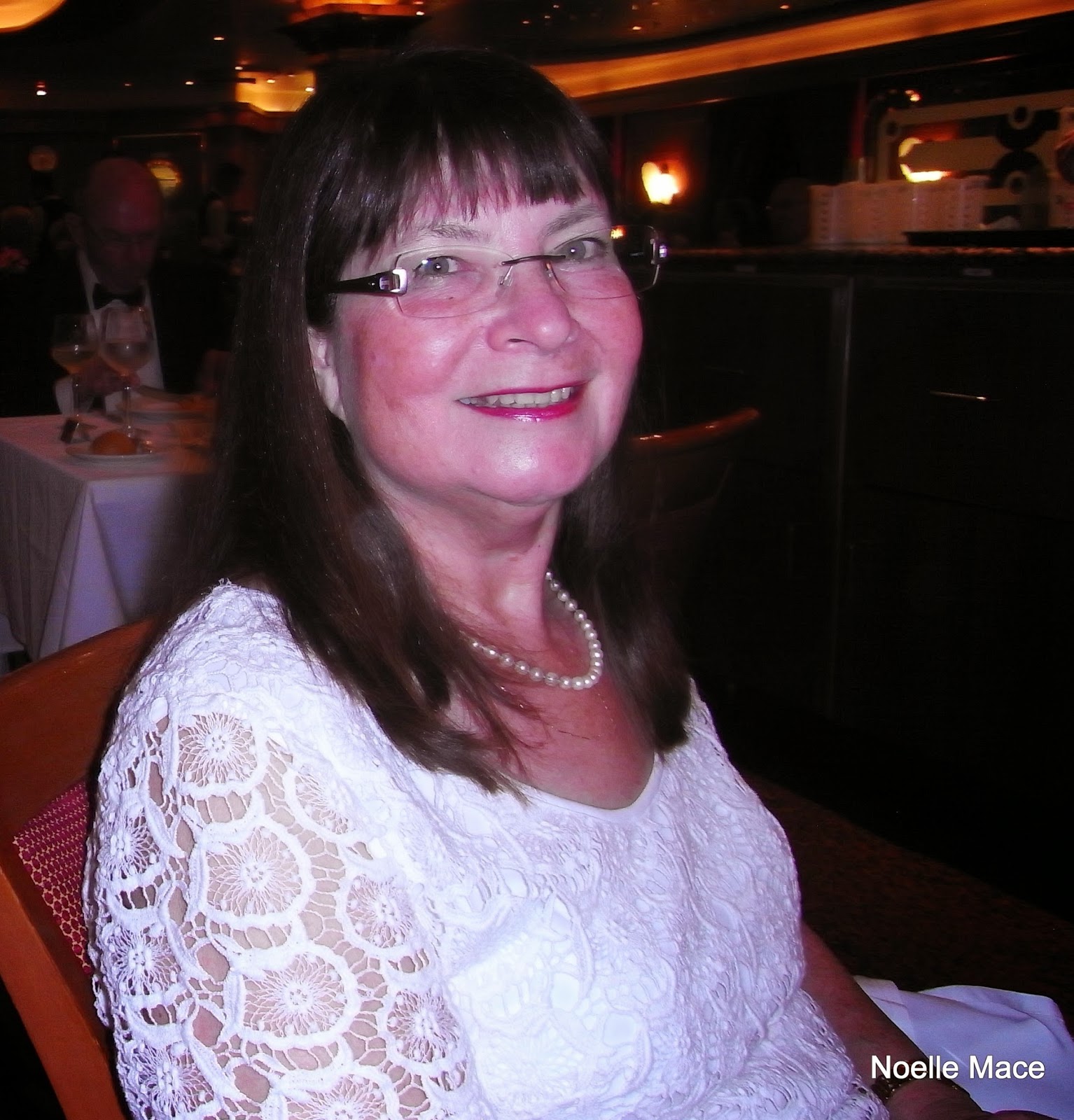 We met and chatted with many people.  One gentleman had been on over 50 cruises, and another couple seem not be able to last more than a few months back home, before looking out for a bargain trip.  You certainly are well looked after and cossetted, but I feel that to explore the Cities we stopped at, you really need to have several days to get to fully enjoy the places.
Posted by Stasher at 17:23