When I had borrowed The Book of Buns by Jane Mason three times from the Library, and needed to take it back in order to renew it again, I realised I had to buy it.  Usually I play the safe game and try out the recipes which only really totally appeal to me.  However I have caught the bug of a 'Lets bake the recipes from the book of buns' bakealong, which I found on Facebook, when I was googling one of the recipes.  This has made me bake recipes that I would probably have left alone.

I've learnt techniques from trying bun recipes I would not necessarily have tried, which  I have added to my repertoire, and can also now apply to my most favourite recipes.   My latest 'bun' has been these Muesli Stangen.  I had one for my breakfast this morning, but it was eschewed by my dearly beloved which did not surprise me as he is not a muesli fan.  I found them really satisfying, and will be able to take the odd one out of the freezer as a post gym snack.  It was during one of the rising times when I phoned Vickie, and I said I would post a picture of them for her. 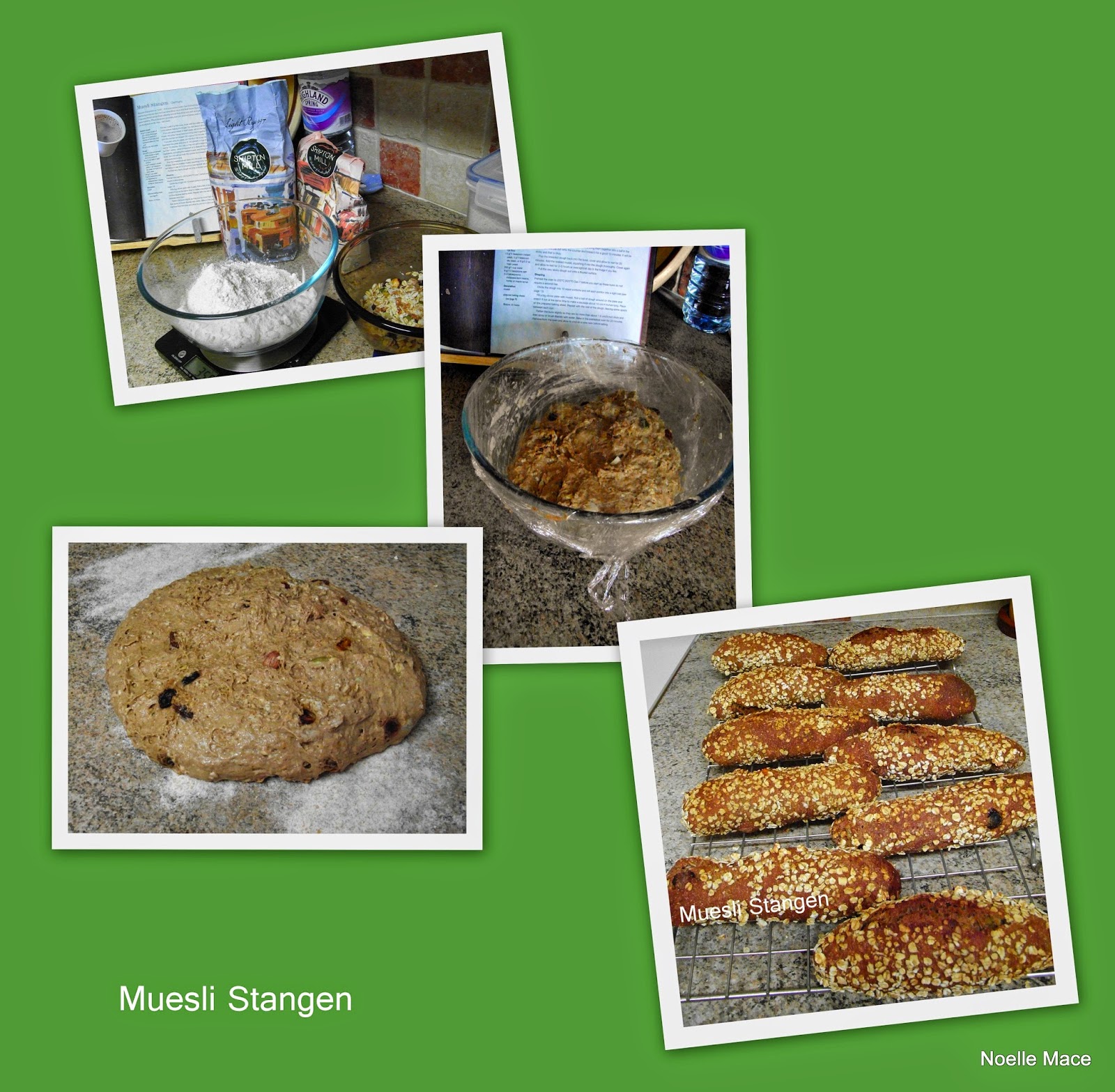