Beyond Amsterdam, a day trip to Harlem

I had thought the train travel was included in the ticket since two museums were shown on the back of the Iamsterdam map.  The train fare was fine, and we boarded the top of the double decker train.  We had great views and I loved the little 'village' of summer houses with small gardens where the city dwellers must escape to.  Harlem was a delight.  I felt so comfortable there.  Its only a short walk from the station to the old town. 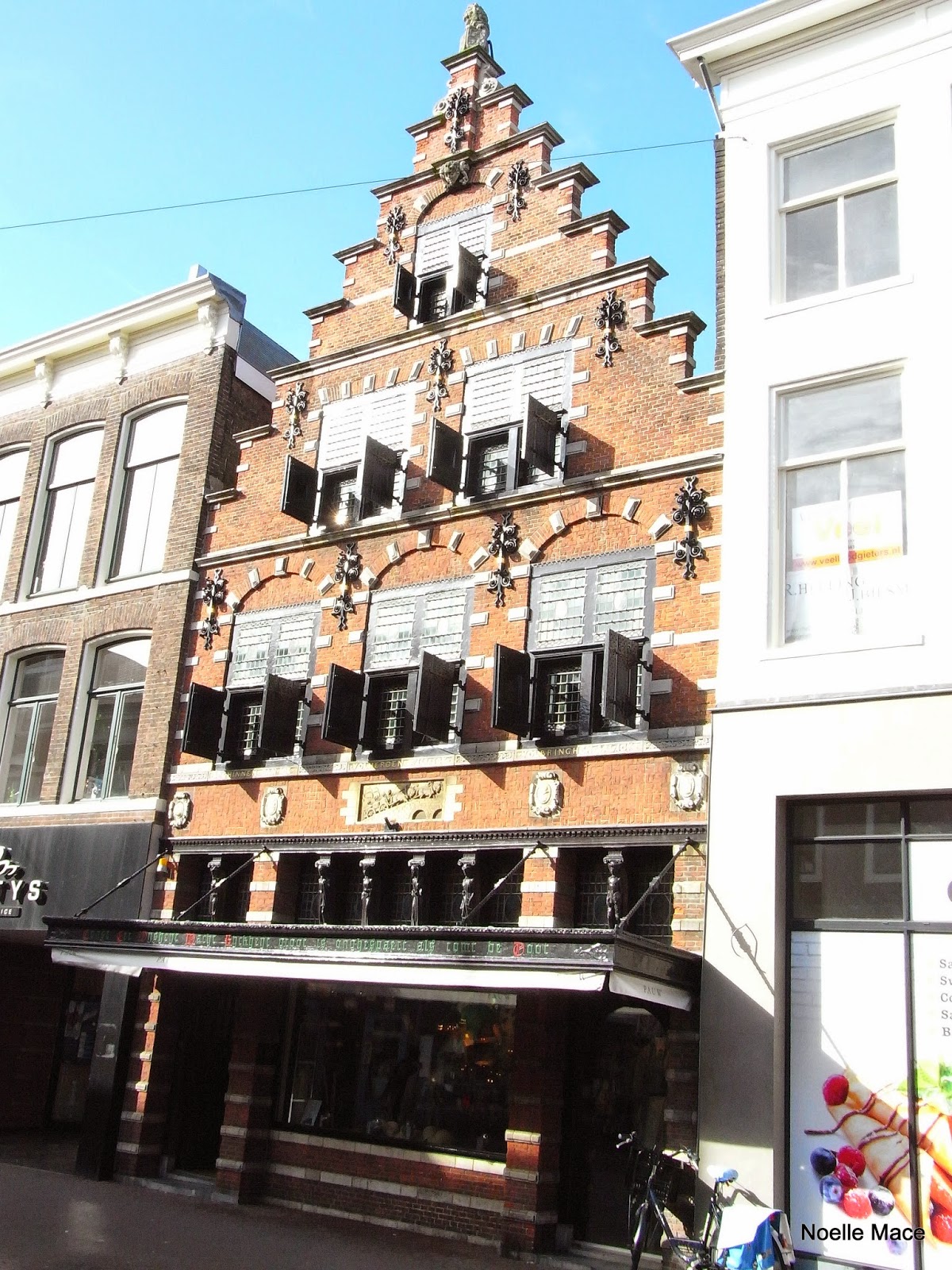 There was this charming statue in the coutyard of 'sheltered housing scheme'. 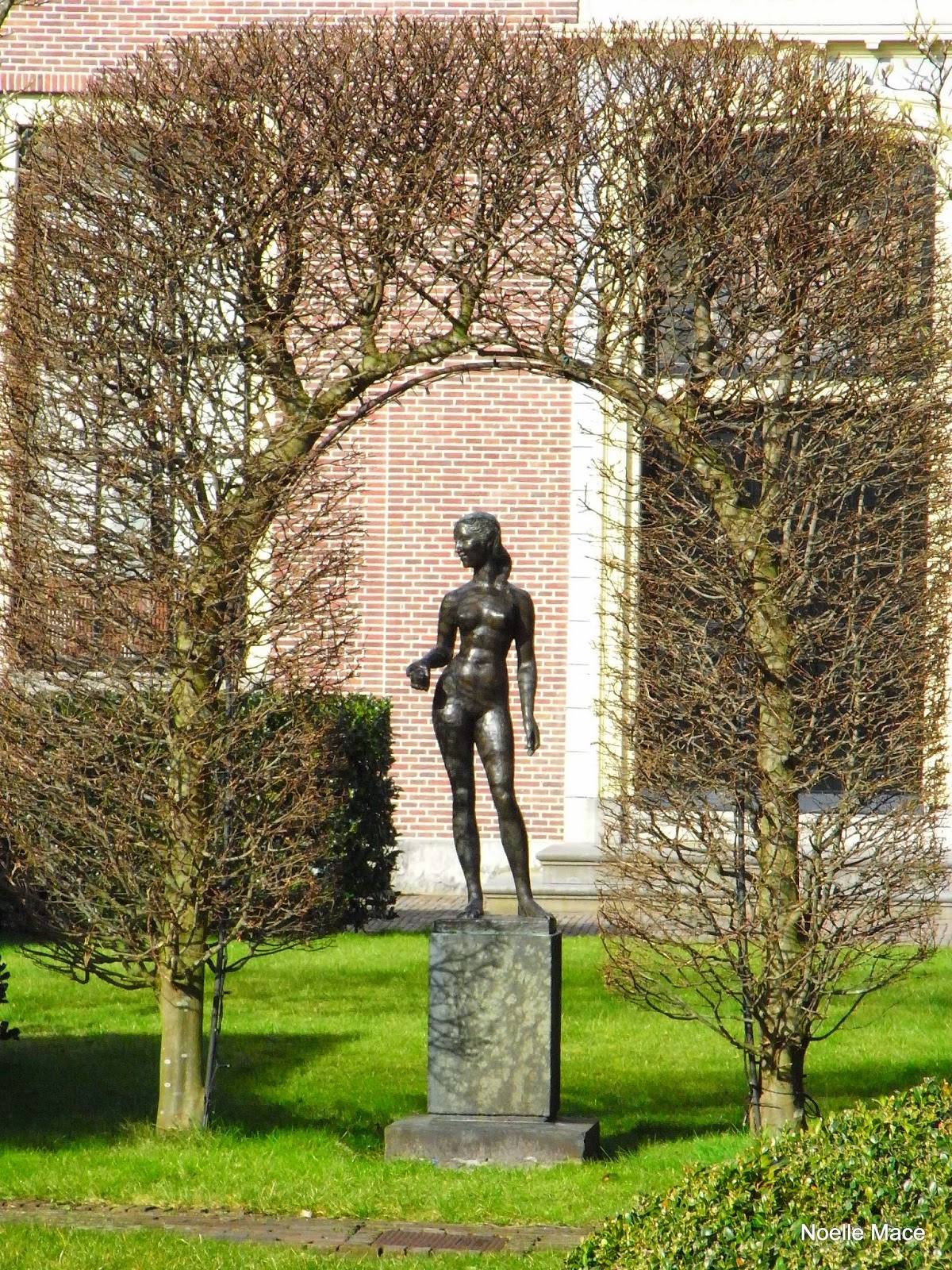 The main square was magnificent.  We just had to stop and sit in the sun at a cafe.  We later saw a painting from the almost this same view, from the 17th or 18th century. 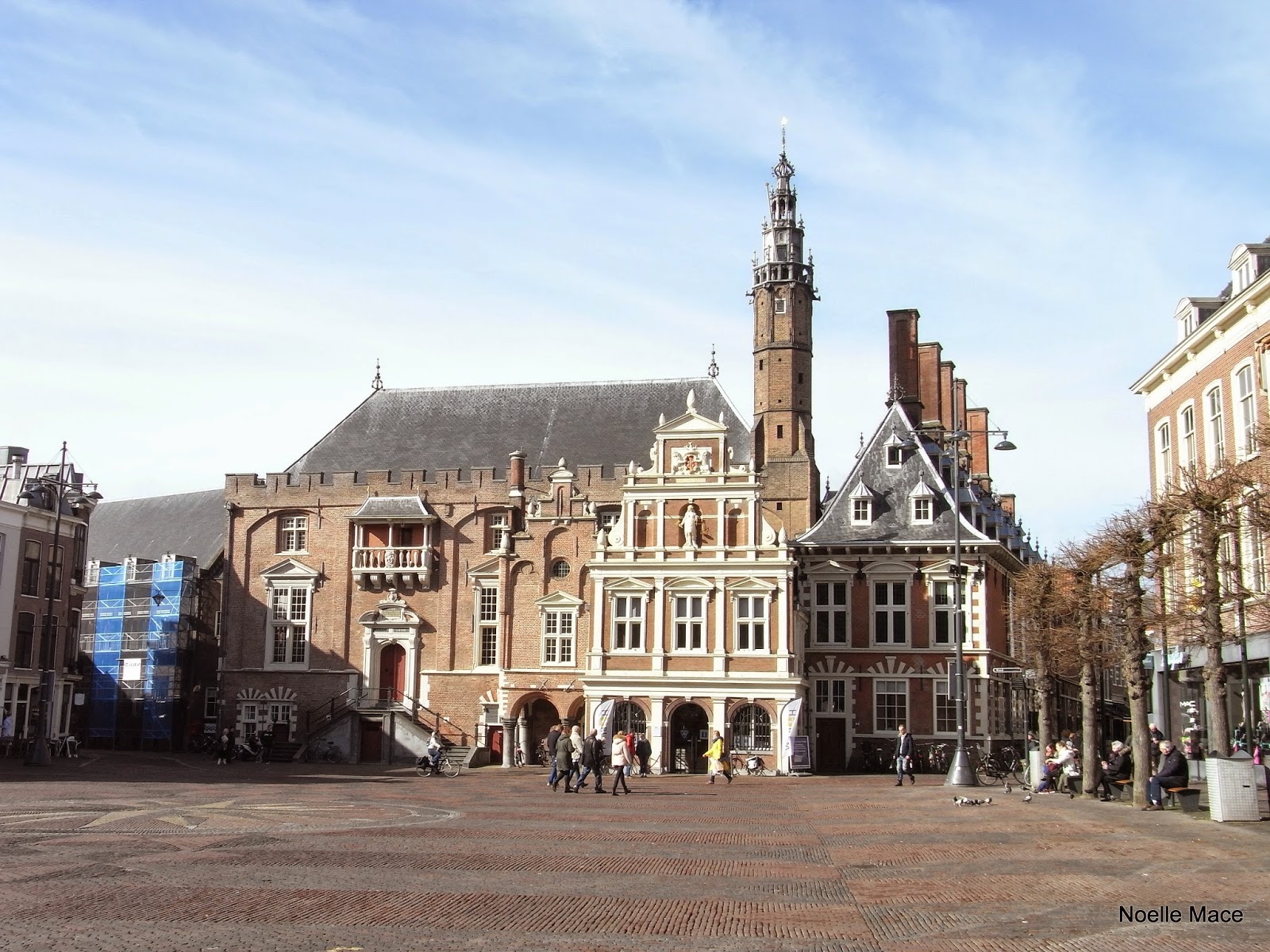 Sadly we arrived too late for a visit of the Cathedral which closes at 16:30. 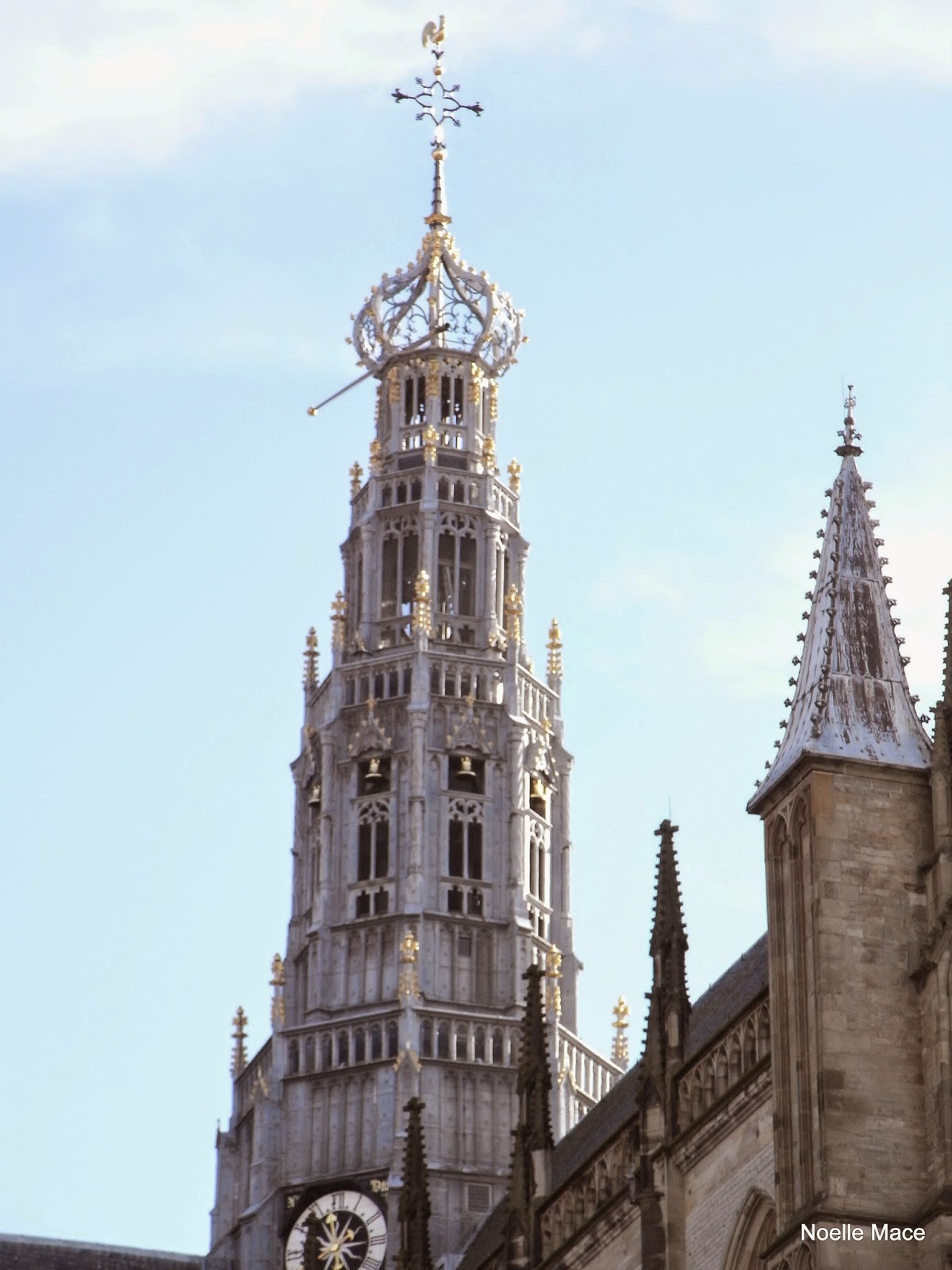 Before lunch we had made a bee line for the Teylers Museum.  Its round foyer lead to exhibition spaces 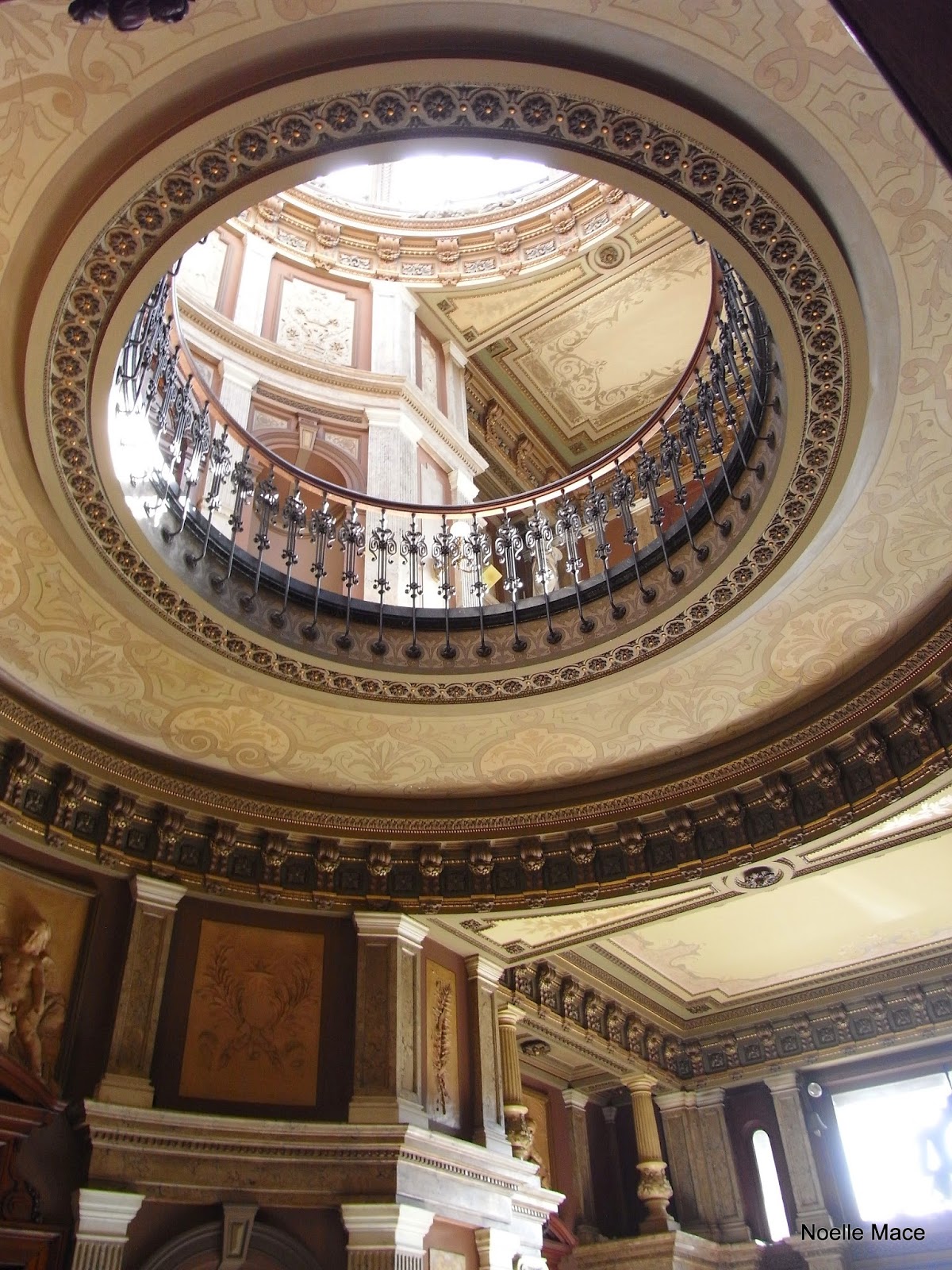 in the Exhibition gallery they had on a special water colour exhition..with a few delightful subjects a nice wooly one after my own heart.  This painting called Herder with Sheep is by Anton Rudolf Mauve.  He grew up in Harlem and I have since learnt that he was a great influence on the early Van Gogh. 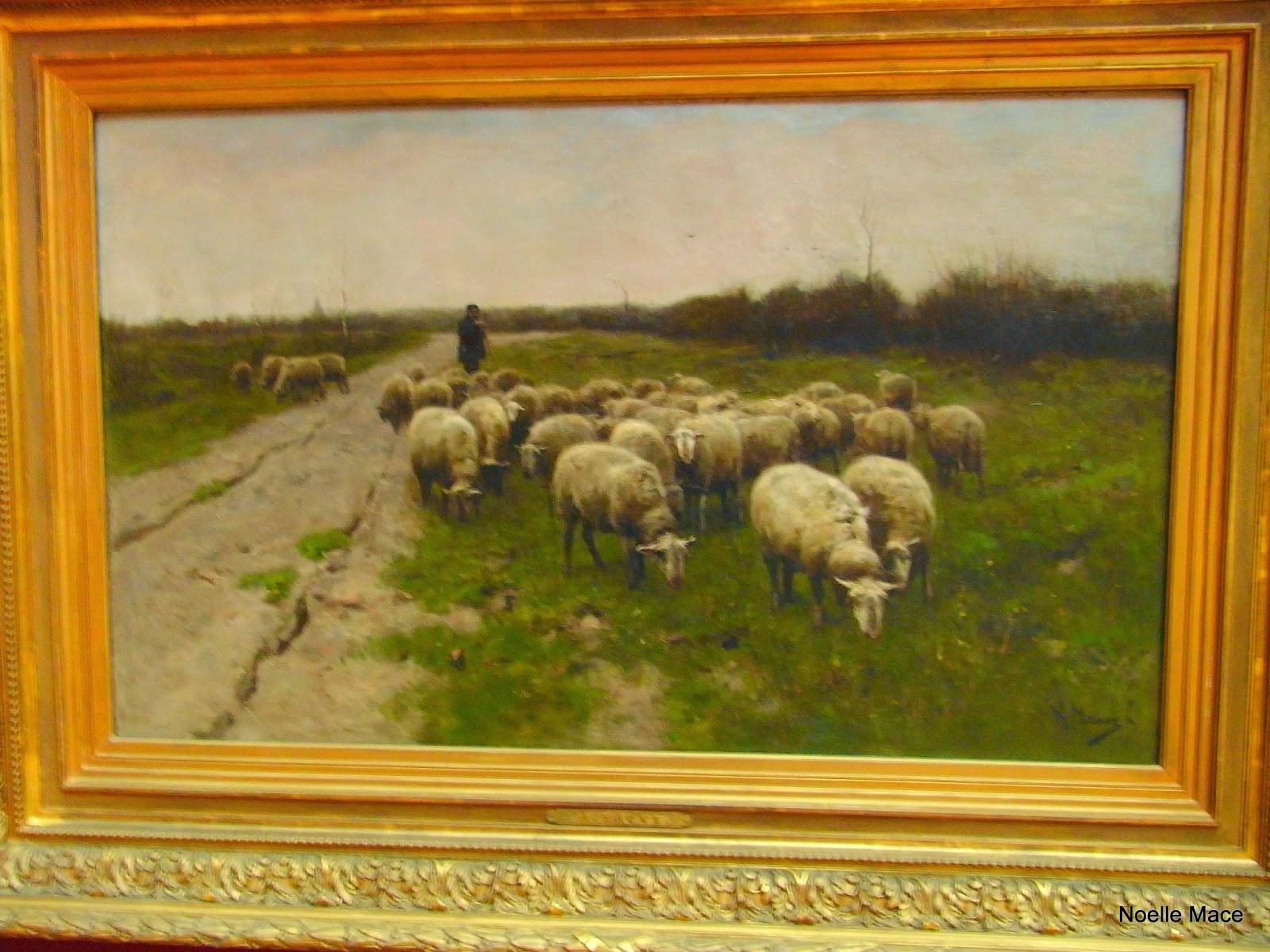 High up on the wall of Painting Gallery II this charming daisy picture took my fancy. 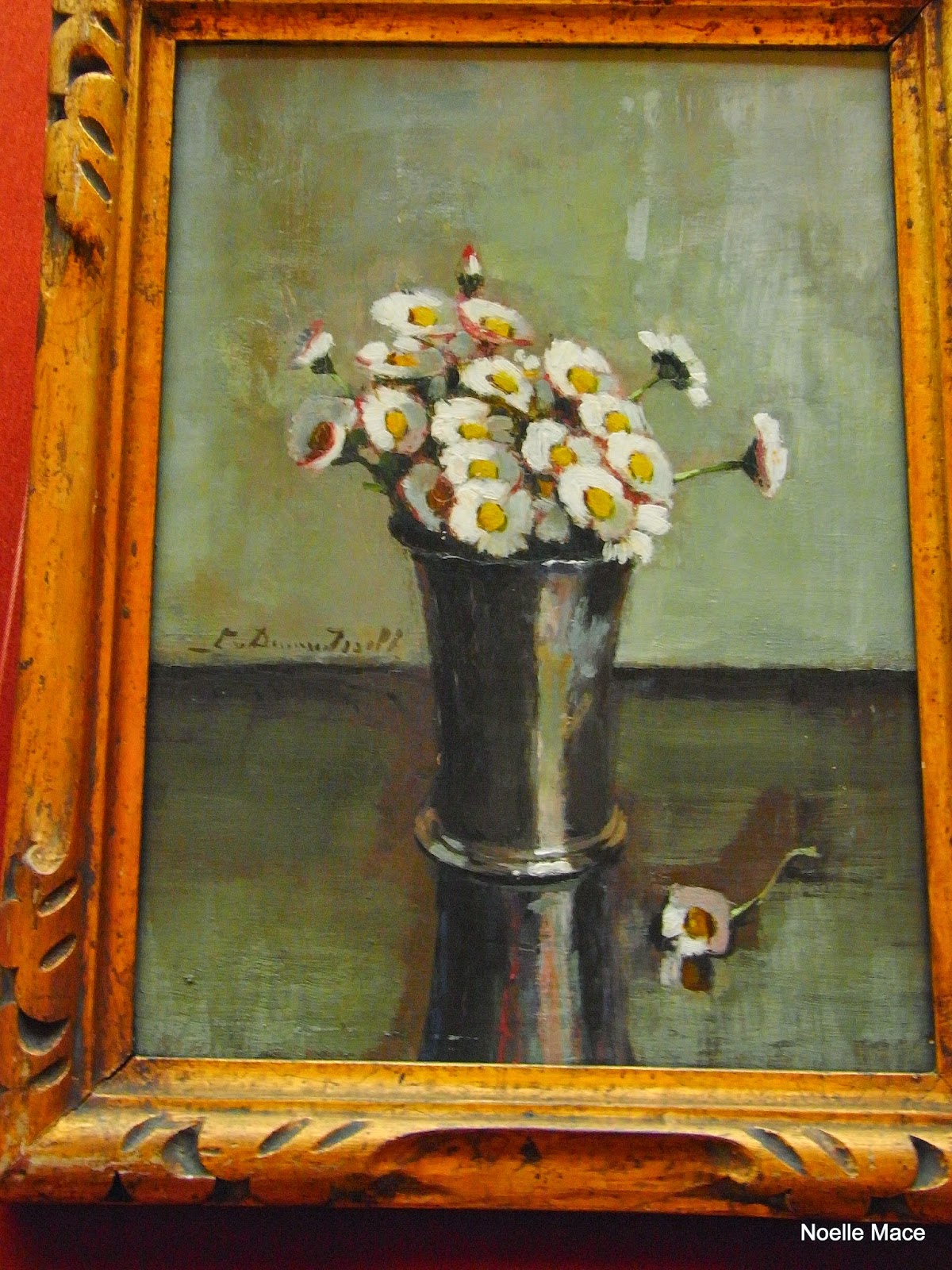 In and around the old part of Harlem there are small streets with virtually no traffic, where the houses give straight onto the road, but non the less you cannot tame some gardeners 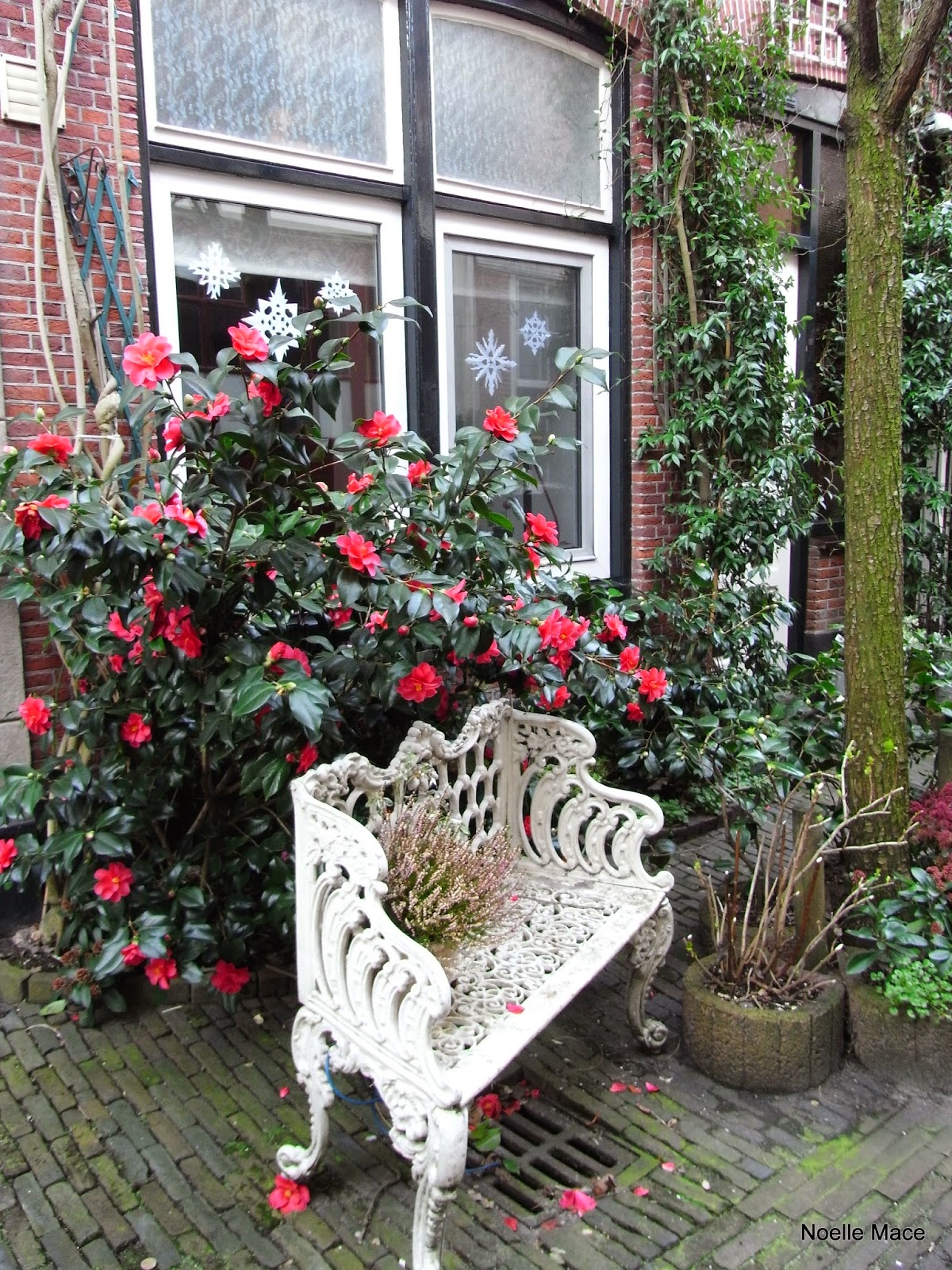 We had lunch in an old 'pub', which served a large selection of beers chalked up 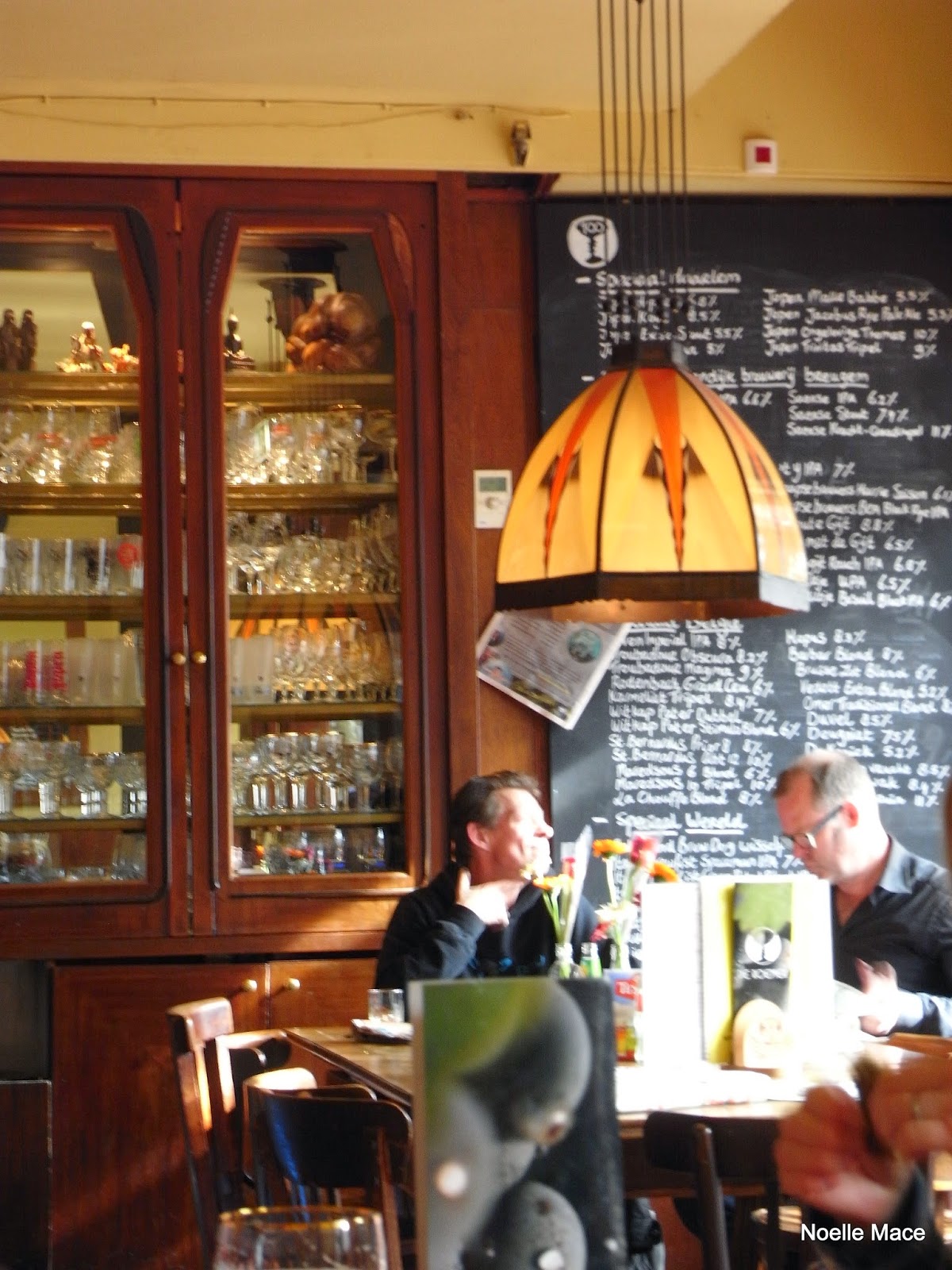 There was a charming tilting bridge not far from Teylers Museum 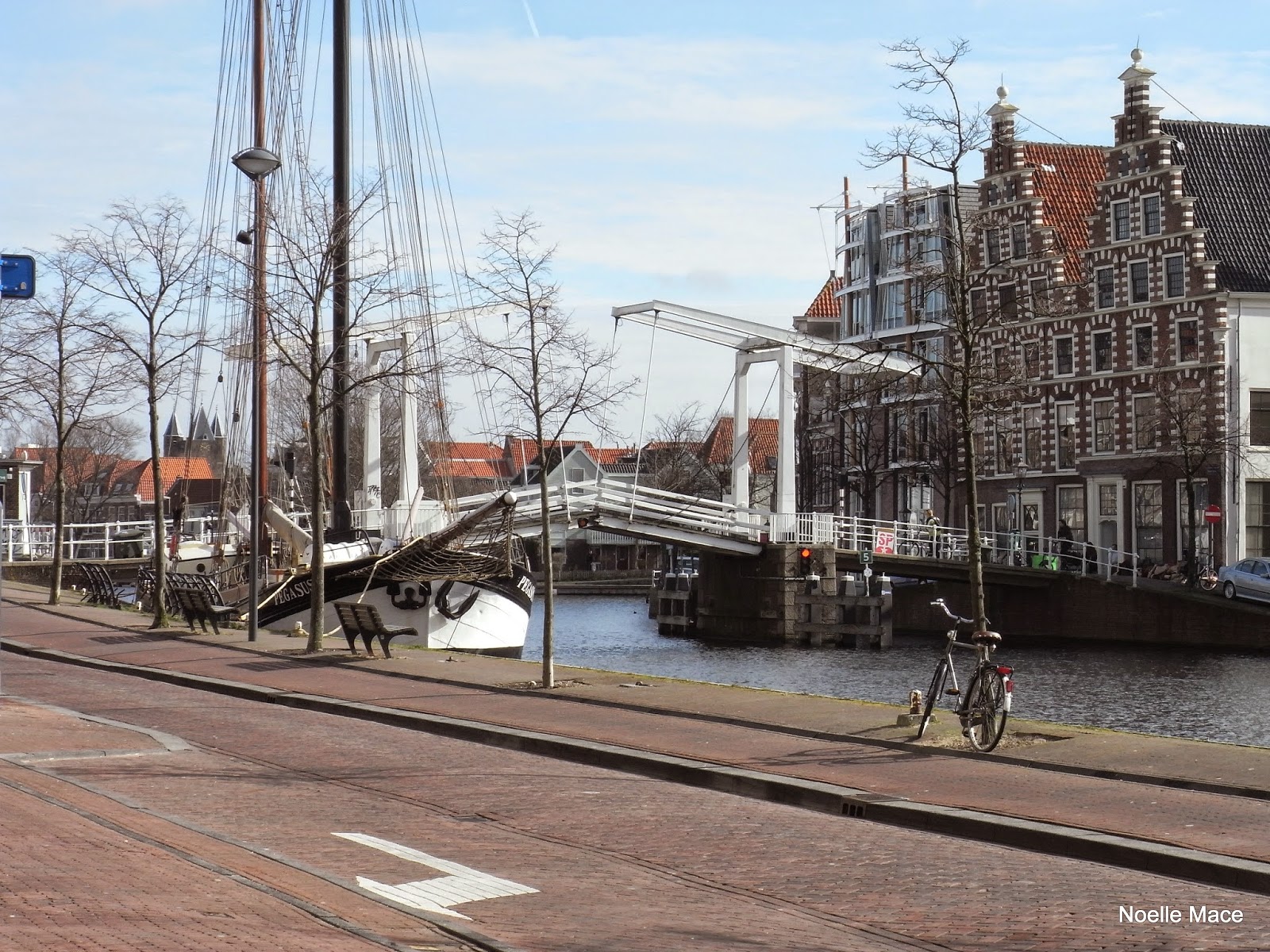 After lunch we walked around the old part aiming for the Frans Hals Museum.  I could have spent a full day just here... here is a section of a large painting with a bread 'bucket' 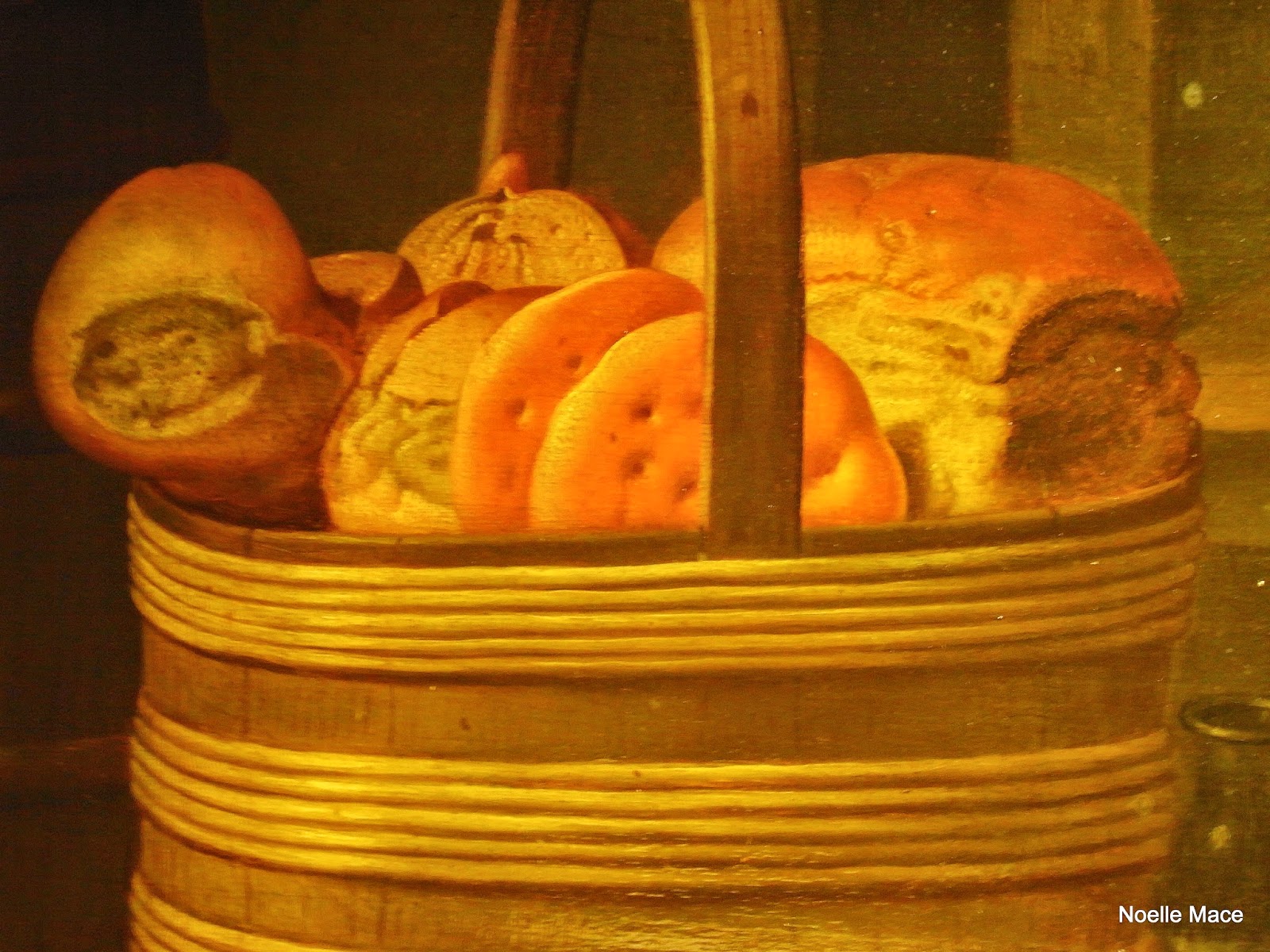 and here a lady is making lace, whilst waiting for her customers to come for bread, having sounded the horn to announce that the bread was out of the oven.  In 1670 the bread looks not dissimilar from what I now bake! 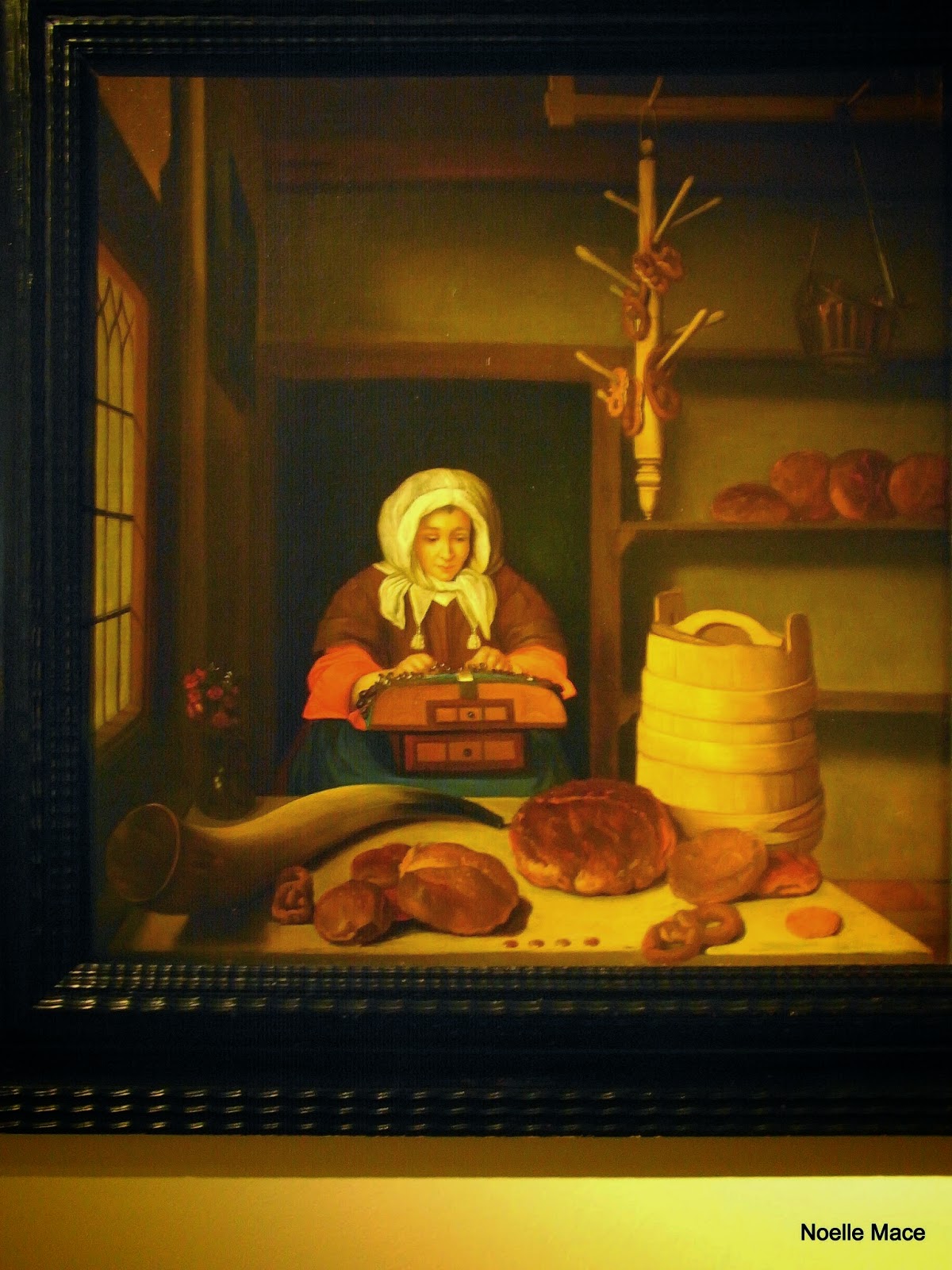 This breakfast painting with explanation, alongside the audio guide is just one of the delights of this museum. 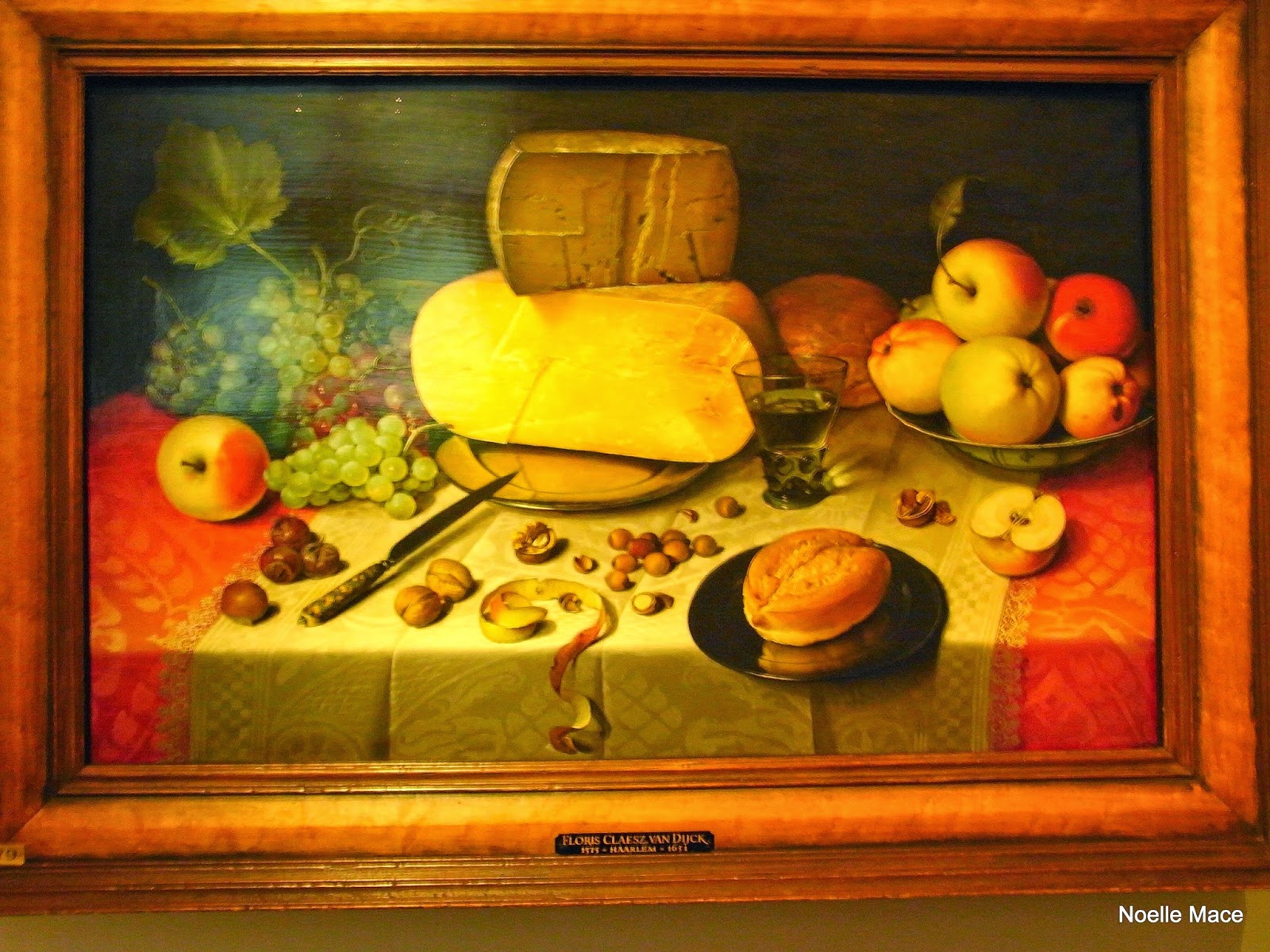 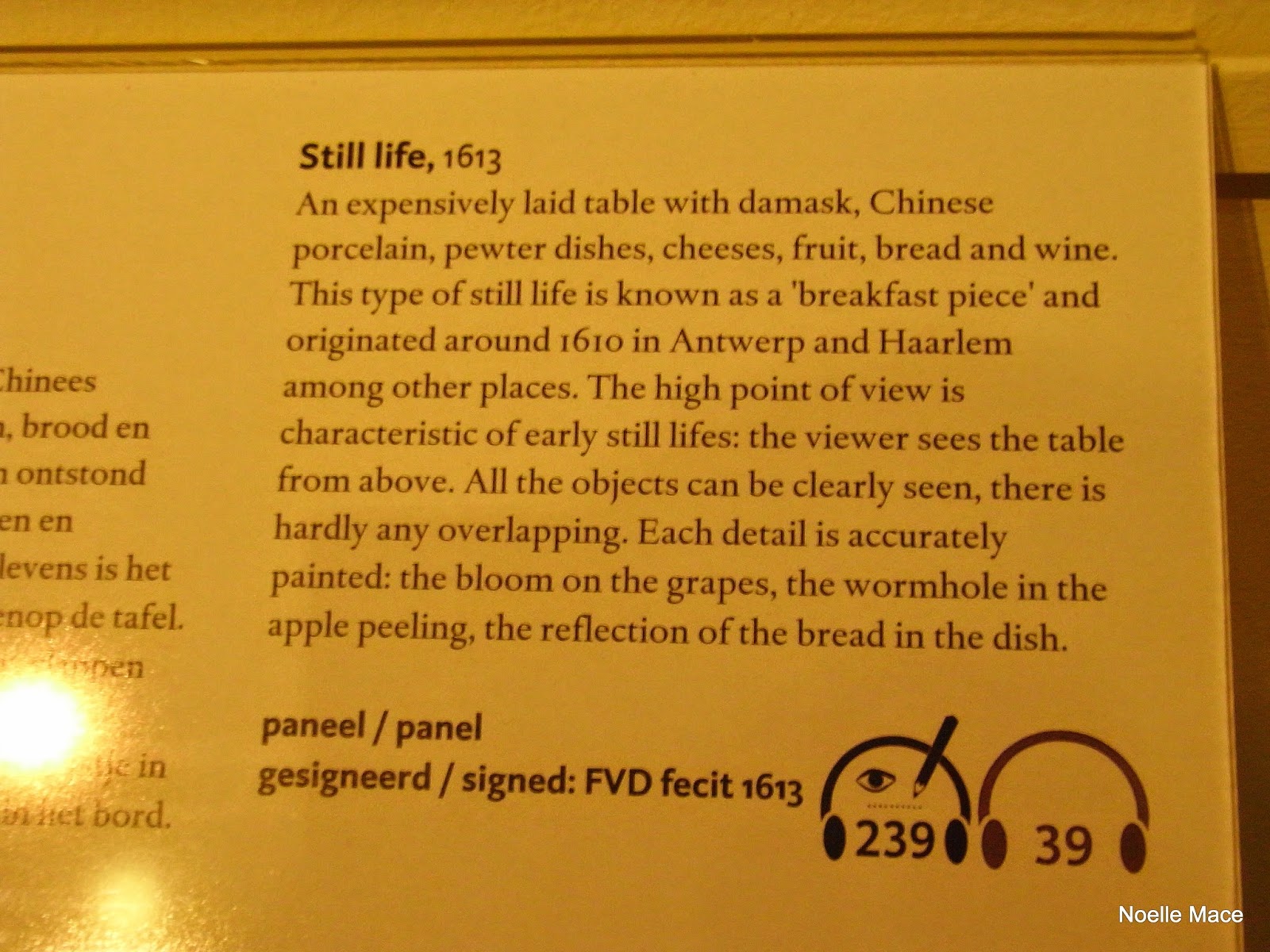 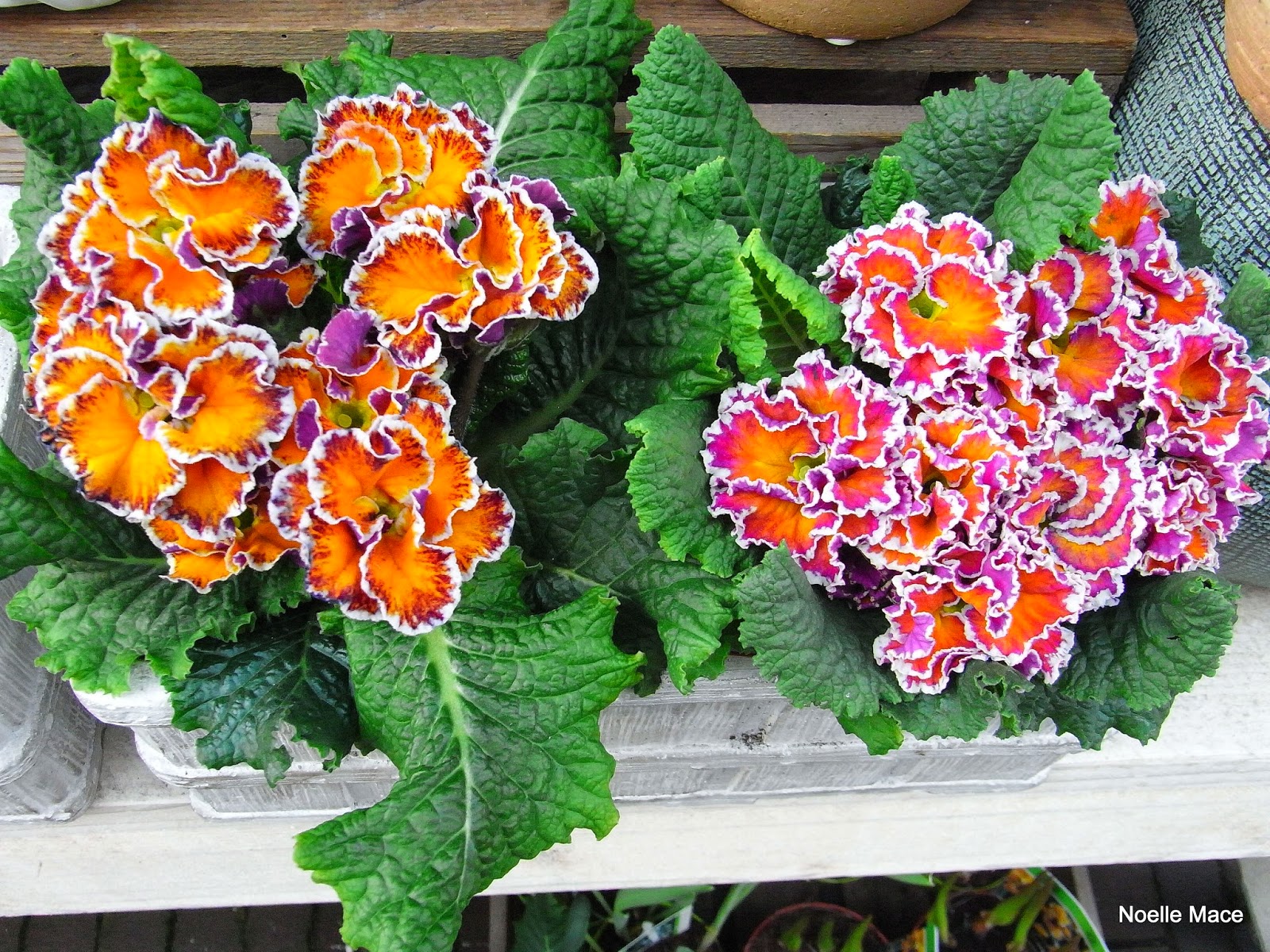 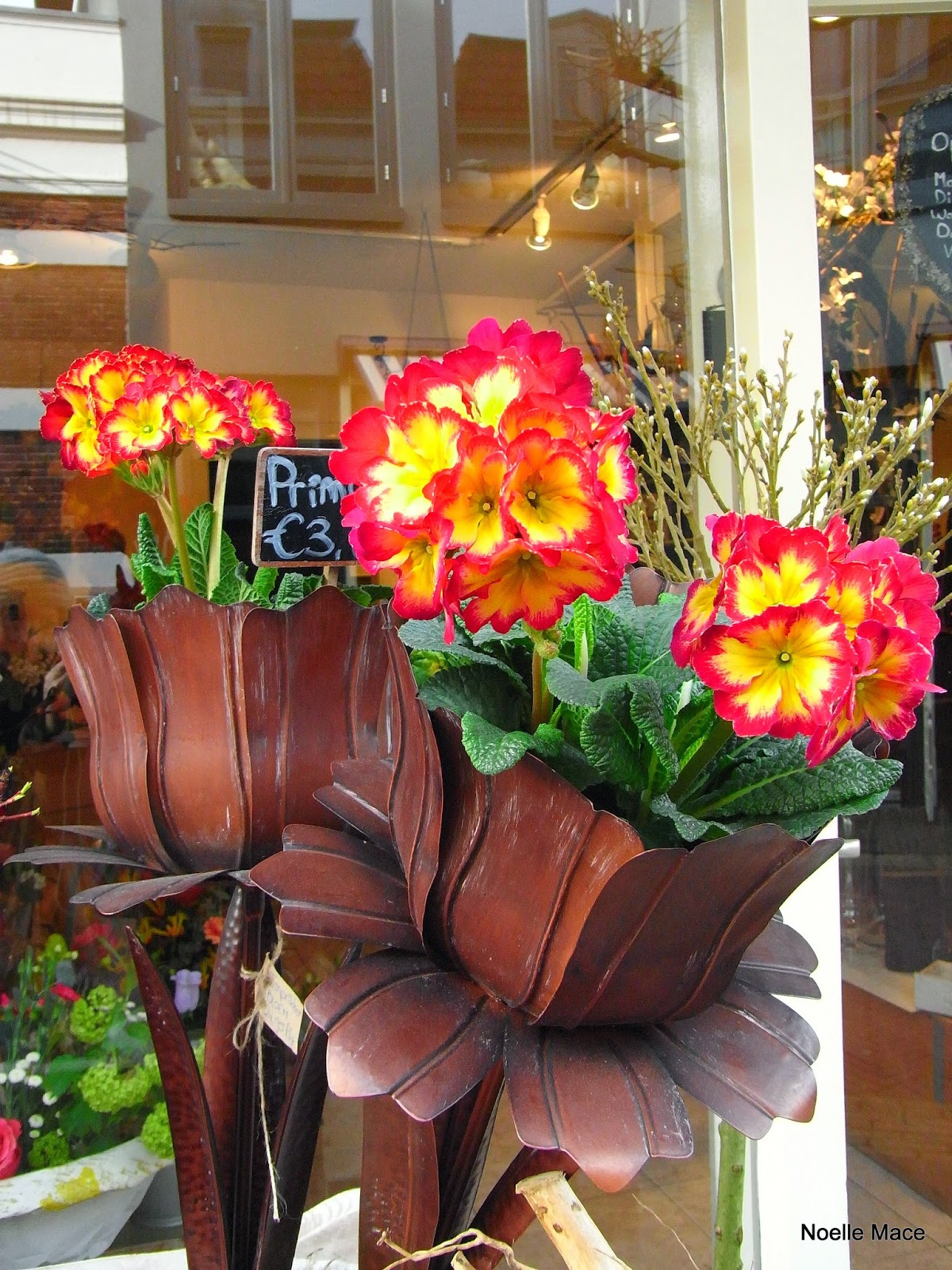