We were really getting used to the City Layout, the tram routes, where to walk, etc.  So on this day we headed for a couple of smaller Museums in the city.

We stopped off and had a walk through 'New Side' of the Medieval City, aiming for the Begijnhof, where the lay Catholic sisterhood sought sanctuary.  There are pretty houses around a calm green, which came with some early snowdrops and daffodils. 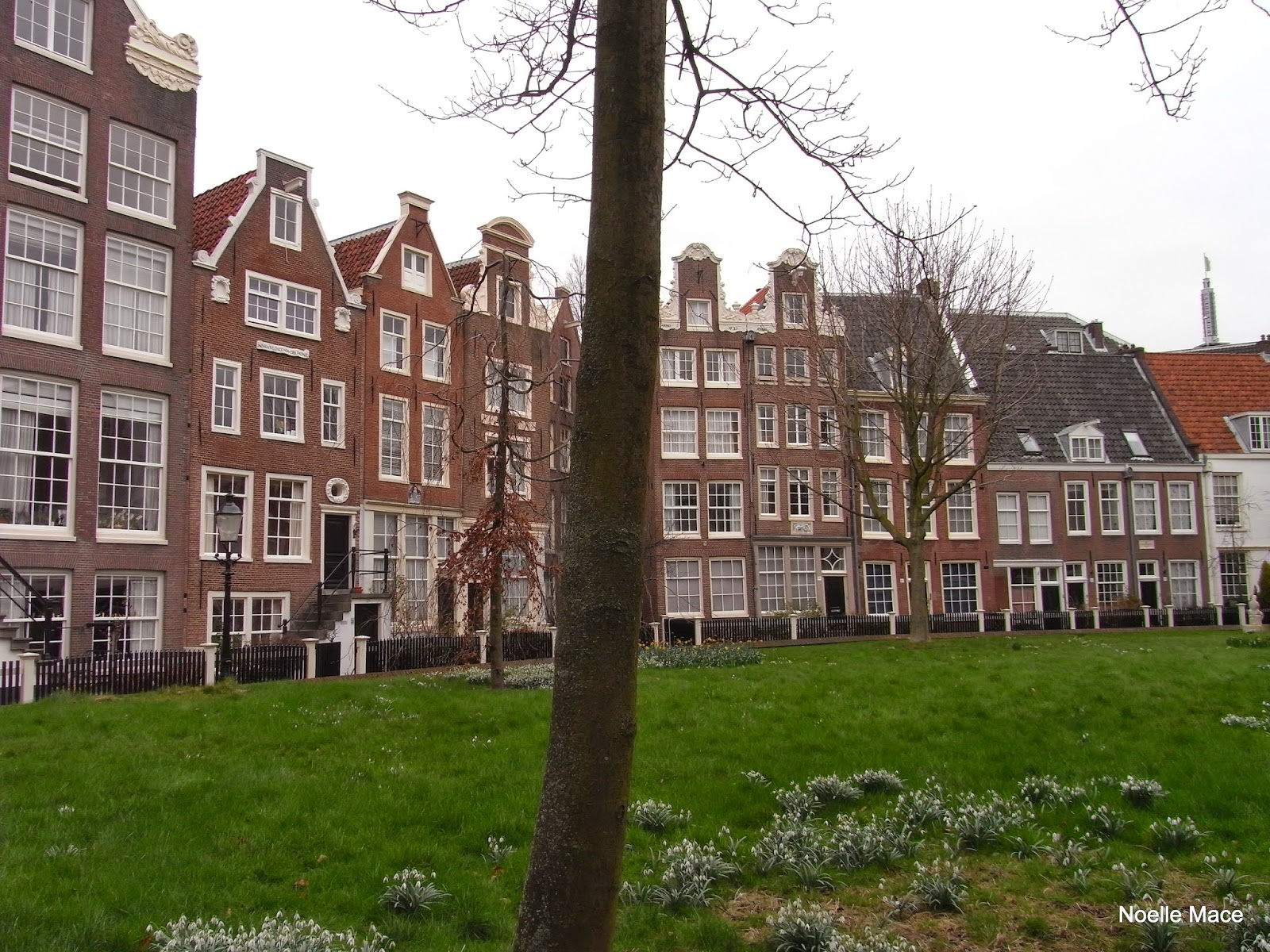 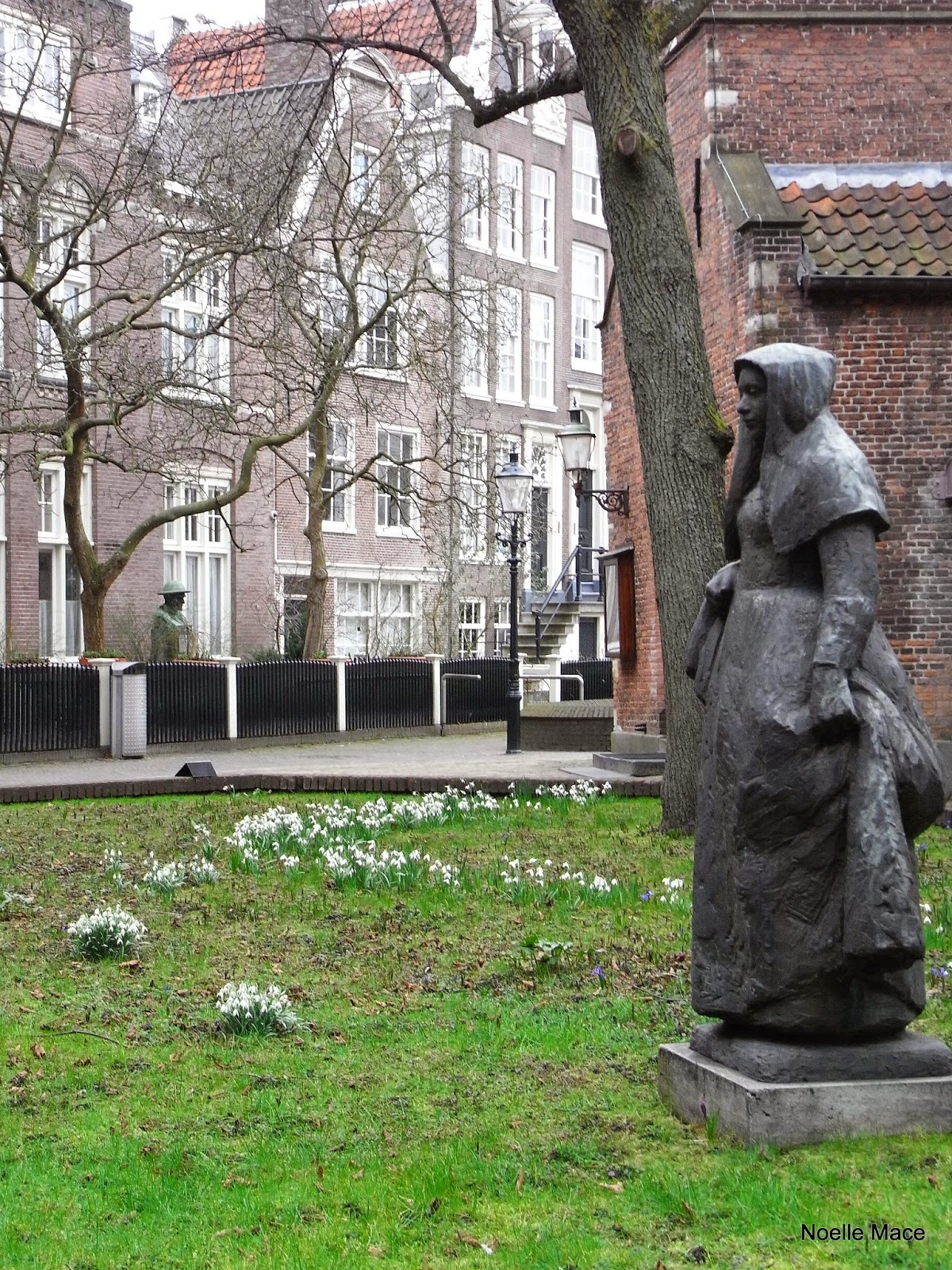 We then walked along the floating flower market and headed to our first Museum of the day: Museum Willet-Holthuysen.  It is fully furnished, and gives a great idea of life for a wealthy couple during 19th Century...just loved the pattern on the velvet settee 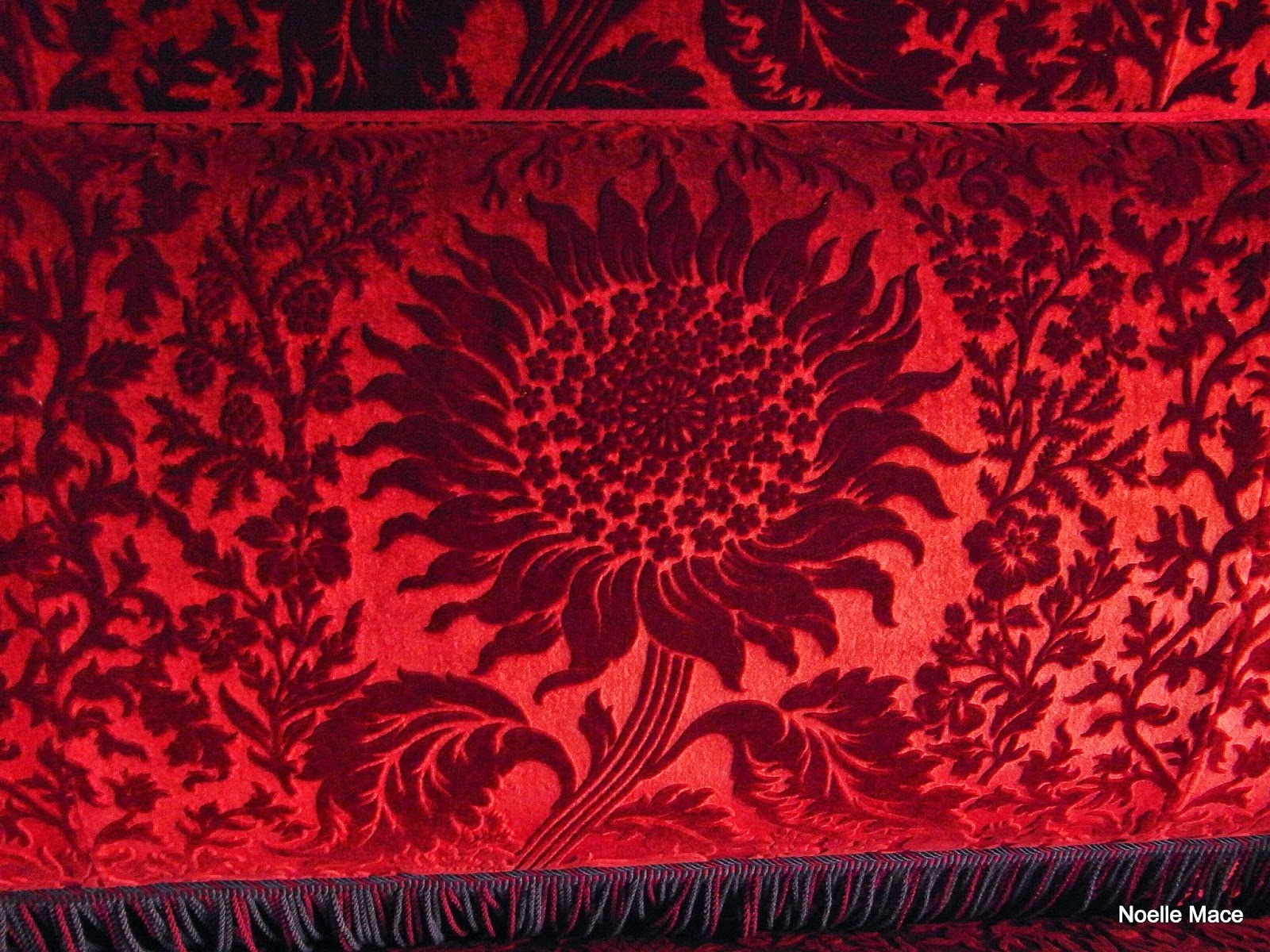 Next stop was the Museum of Bags and Purses.  Vicki is a very high end handbag lover and has several, and I think she could not quite believe it when I said I was a one handbag lady!  This museum is a real gem.  They have some very early ones, and many of the top designers from the 20th and 21st century.  However for my knitting friends, and for those who knit with beads...here is a special kit 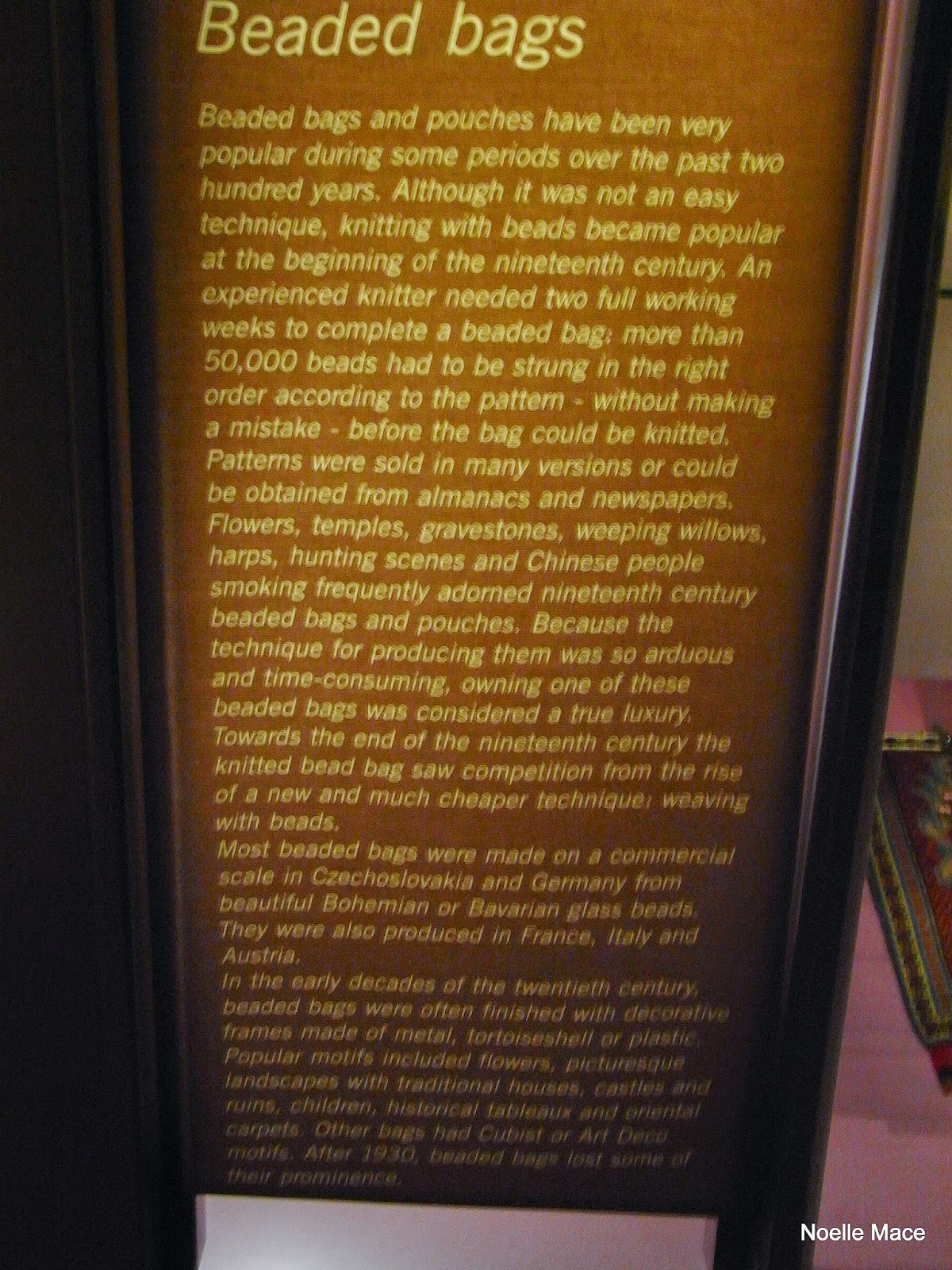 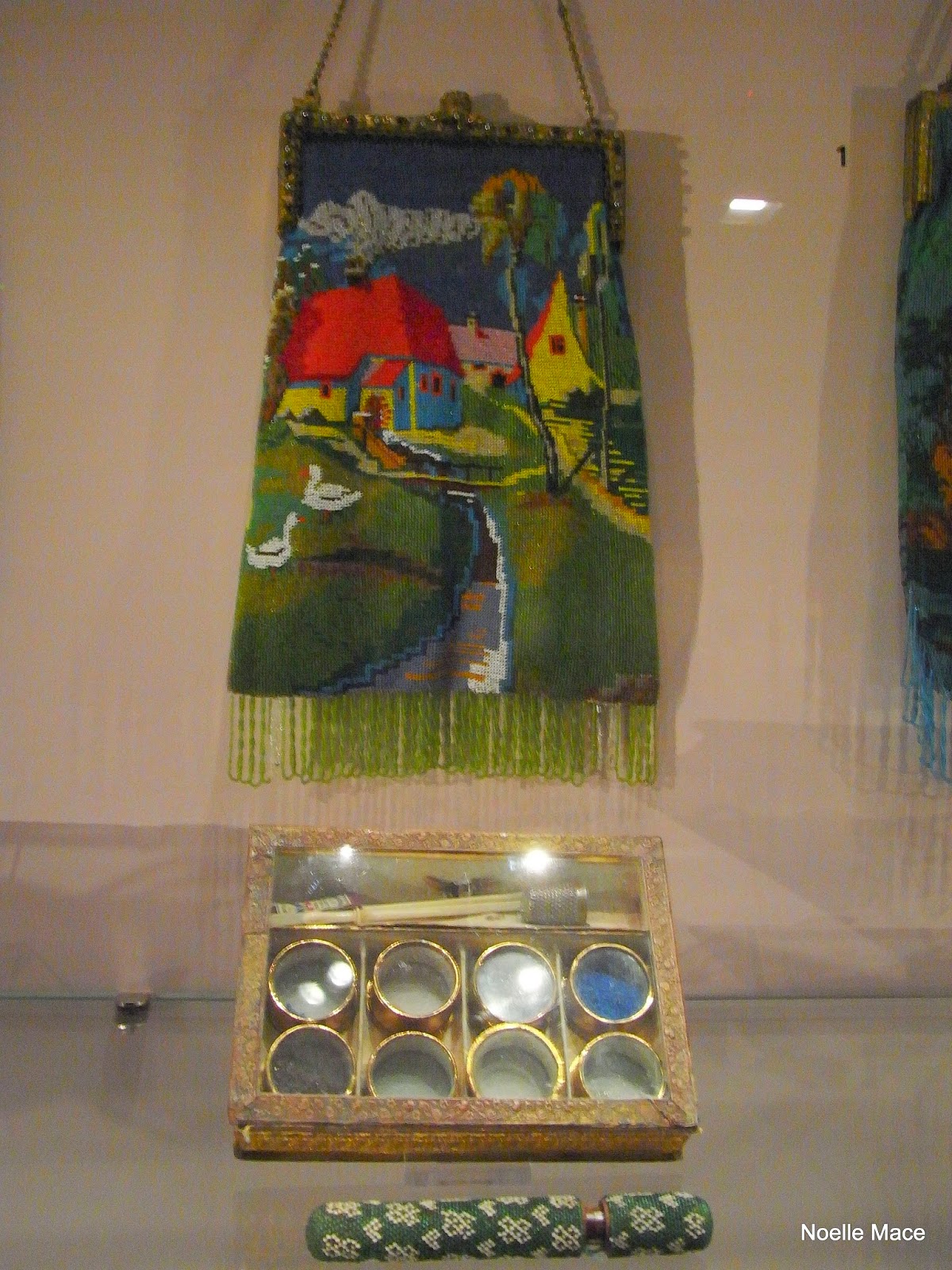 Afterwards we headed for the Hortus Bonaticus, but it was as if asleep ready to spring into life.  The glasshouses with their warm and humid atmosphere, felt like being back in Mauritius looking at the plants I grew up with.

However before we reached there, we stopped at a little pub which had been making this wonderful soup for nearly 50 years.  We were served by the daughter, the father made the soup, and the mother the excellent spiced apple pie. 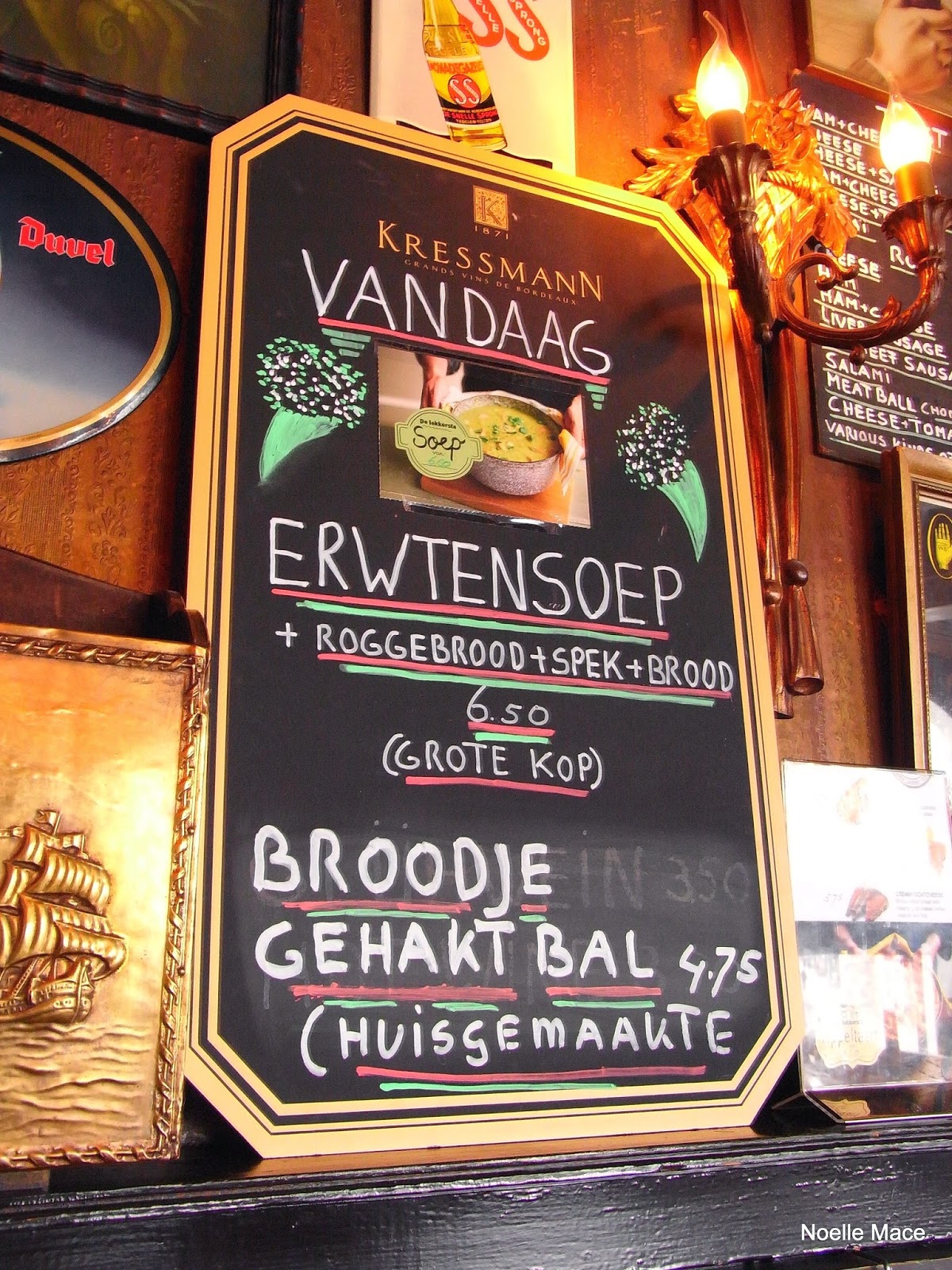 This soup is made with dried green peas is just the thing for a cold day, and we certainly walked a lot...12.5 Km according to Vicki's gizmo and laptop!  Another soup which Vicki had during the holiday was mustard soup, so that will be another one to try. 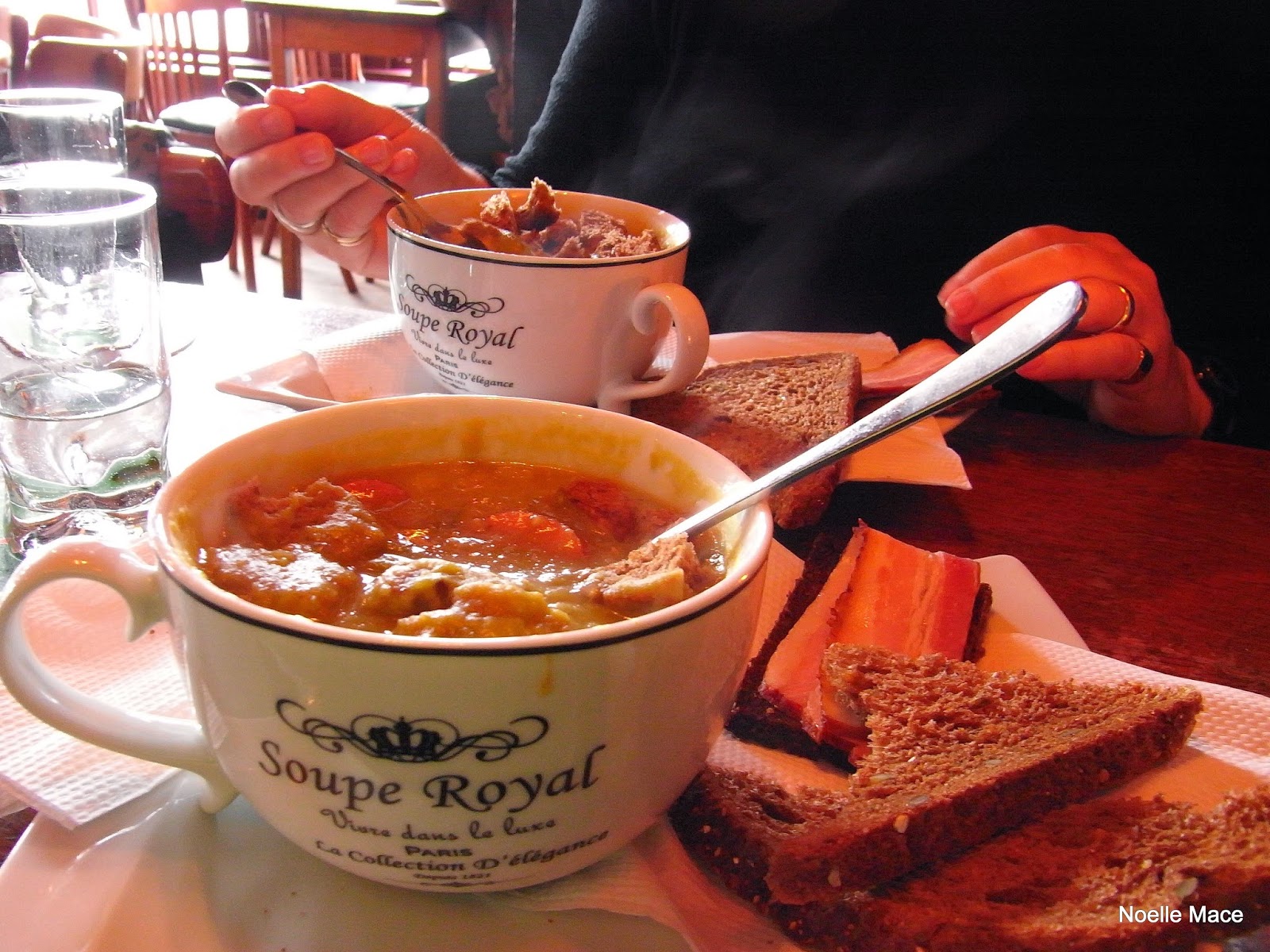 I made a very large pot of this at the weekend, with dried peas, onion, celery, celeriac, carrots, smoked ham, pork, and smoked pork sausage.  So there is now plenty in the freezer ready to bring out for quick weekend lunches.

For our last evening meal, Vicki found us a place where we had couscous...

These were several days holidaying together with plenty of exploring and lovely art and architecture.  Thanks again to Vicki.