This is the second marmalade made this year, with Lime being the first.  The lime marmalade didn't have a very good set so I had to be a little more careful this time.  I realised that I had probably used too much water.

If you cook the fruit in a pressure cooker first, you really need to use half the water given in the recipe for standard boiling.  It saves a lot of time, and there is much less steam in the kitchen, so I really favour the pressure cooker method, even though I do transfer the prepared fruit to my jamming pan where it is boiled up with the sugar.  If you are making a small amount with less than 1Kg of sugar, and do not have a jamming pan, it is fine to carry out the last stage in the large pressure cooker.

I had bought these lovely fresh firm grapefruits a couple of days before.  I had meant to have them for breakfast.  However I had one thing on my mind, and that is the forthcoming Kenilworth Horticultural Club April Show.  We had moved the Marmalade Competition from the September Slot.  My argument is that all the lovely fresh citrus fruit are available early in the year, and later in the year we are all busy making jams and chutneys, and also getting our plants, fruit, flowers and vegetables ready for exhibiting.  We'll see how it goes, there were some disgruntled voices.

As a committee member I really want to contribute and know that my lime is not really good enough, though I shall put a pot in 'to swell the numbers', but I wanted a better pot of marmalade to match up against other excellent preserve makers in the club.This is how the idea of the Pink Grapefruit Marmalade popped up in my mind.  The ingredients were staring me in the eye.  Having consulted my books and records, I found that it is about three years since I last made some.

Once cut up, I could see that the grapefruit were fresh, very juice without too much pith 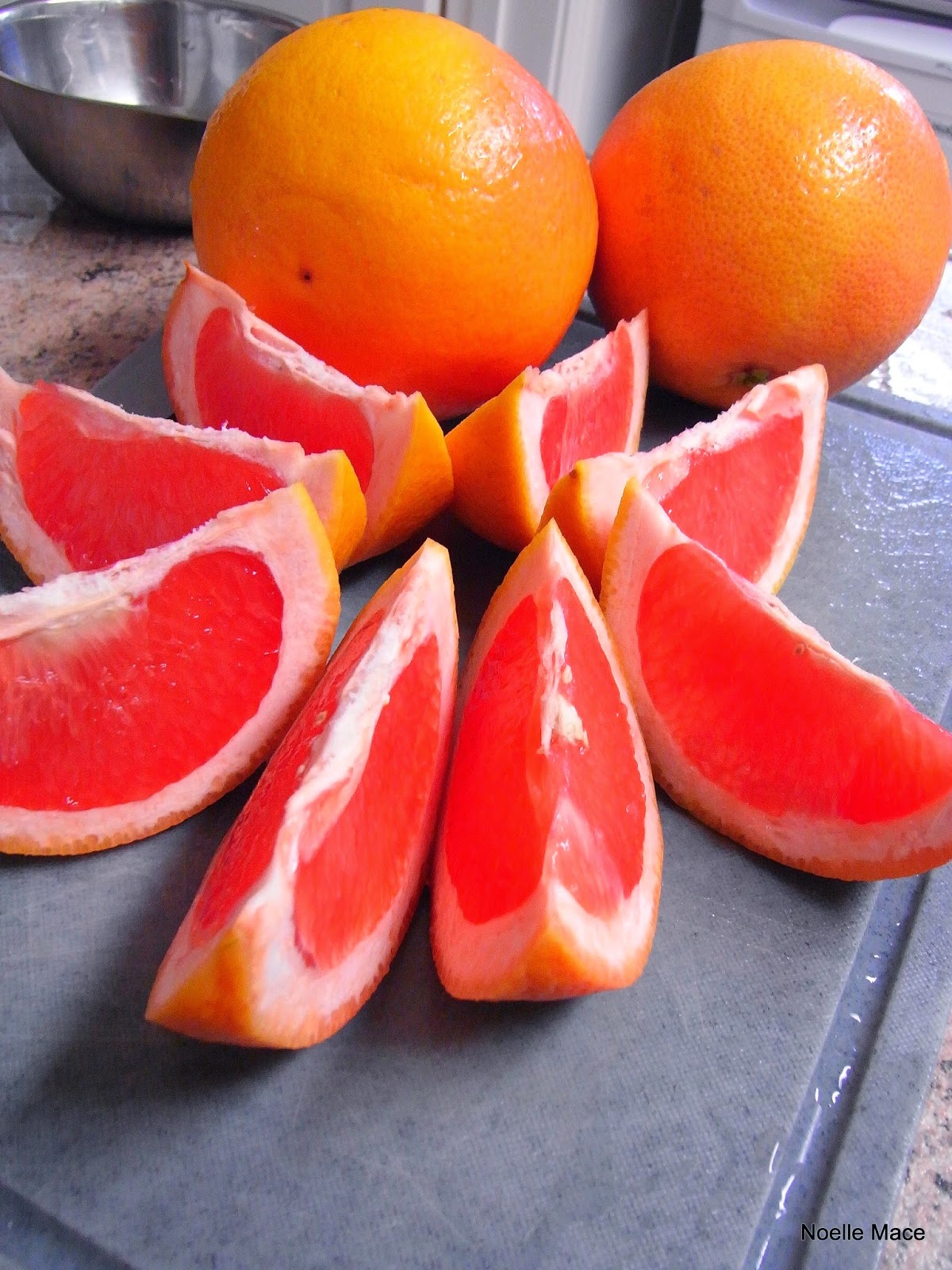 often I cook the peel then slice, but this time I sliced first 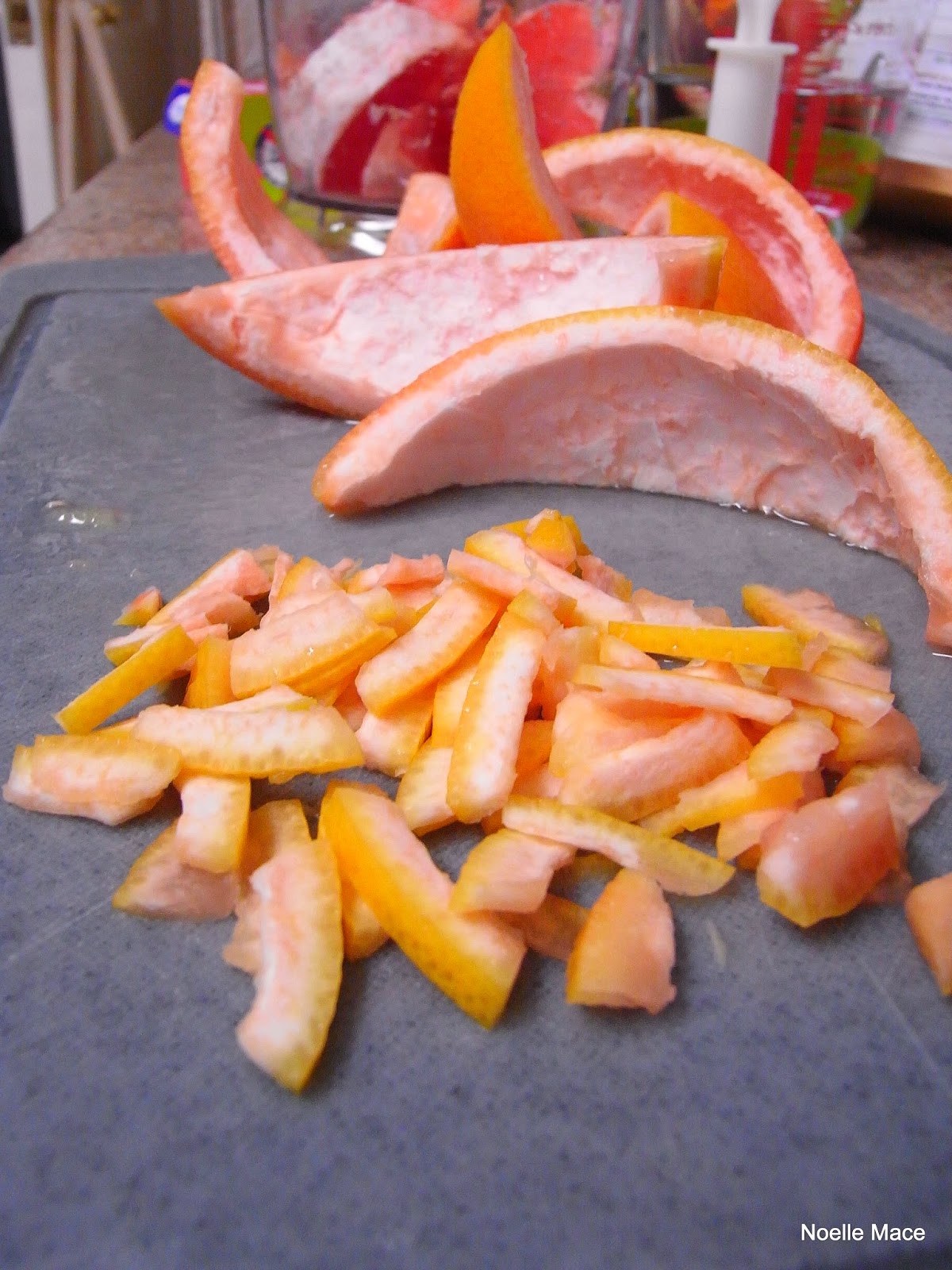 the flesh was juiced up in the processor along with the lemons, but all the pips were first removed then tied in some muslin to extract the maximum amount of pectin during the cooking.  If you let the skins steep in the water and juice for at least a couple of hours before you start to boil, you get a softer result.  Sometimes I even leave it overnight.  This time I just got on with it, as I wanted to finish the process completely before getting on with some baking.

In record time I had the marmalade potted, the kitchen cleared, the labels printed and everything tidied up... 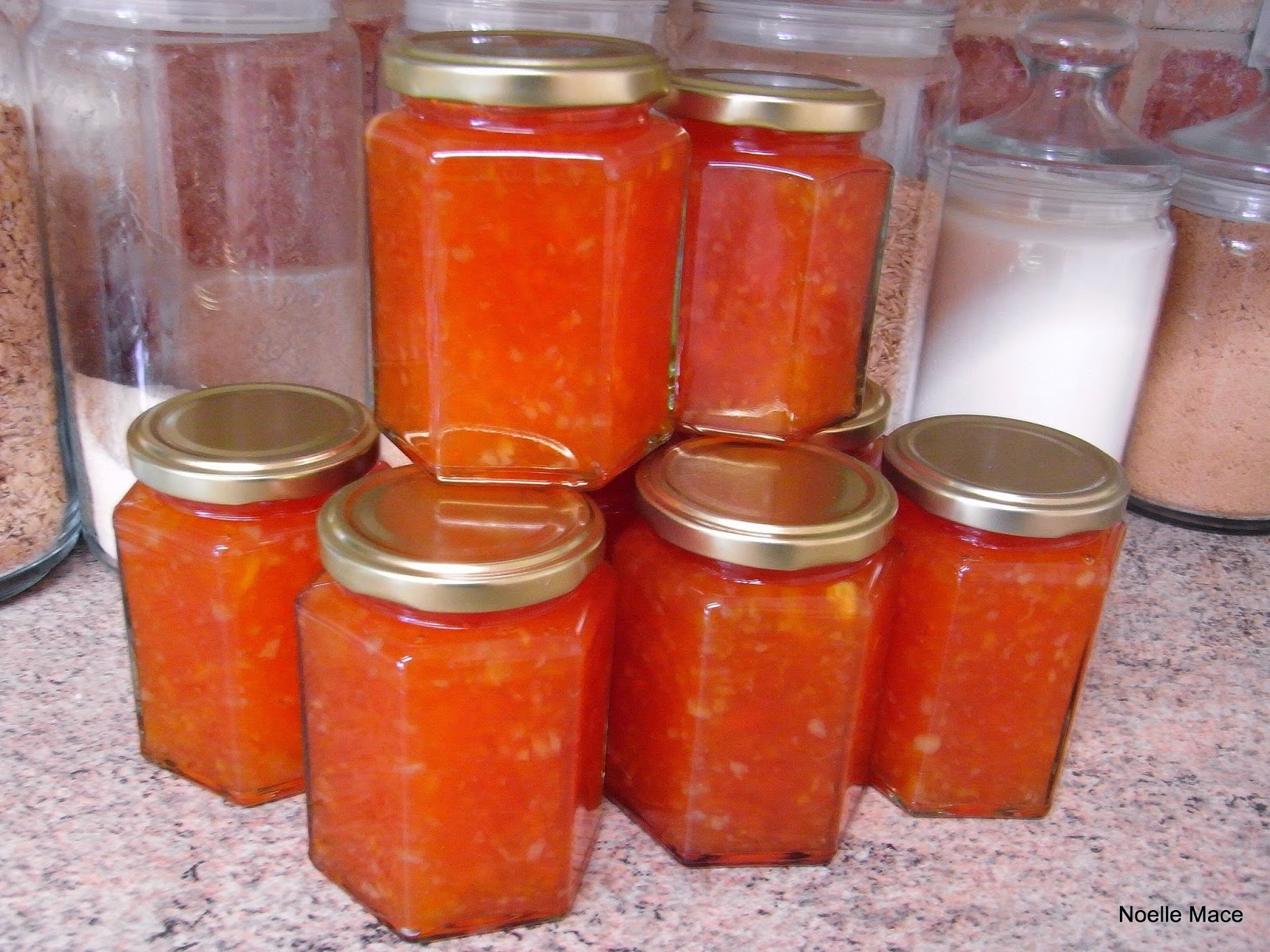