A short car ride took us to the Cheddar Gorge and on a cold mid week day it was very nearly deserted. 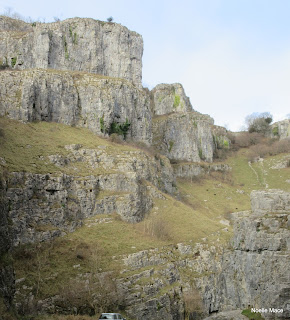 Most of the shops and tea rooms were closed which meant we were able to slowly walk up the road which winds itself up the bottom of the Gorge, with no cars parked in the bays which line the road. 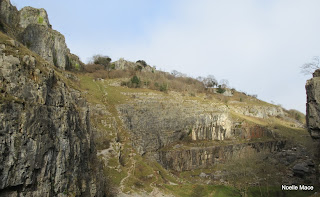 Its strange that I had never visited...it is such an impressive cleft in the hill, but I have a lot more to learn and wonder whether some of the exposed stone had been quarried in the past.

I have just finished ready Sharon Jacksties's Somerset Folk Tales...which is also peppered with Somerset facts, in which I was sad  to learn that rare Cheddar Whitebeam Saplings are being put at risk from the very animals set on the hill sides to maintain the landscape...on one side of the Gorge there are goats roaming. 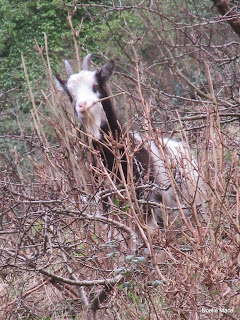 and on the other side Soay Sheep.  Another warmer day, we shall do the the circular walk along the top of the Gorge.

After an excellent lunch of Fish and Chips at Tuckers...Pensioner Portion for me, with half the chips exchanged for salad, we motored on to Thatcher's Cider Shop.... 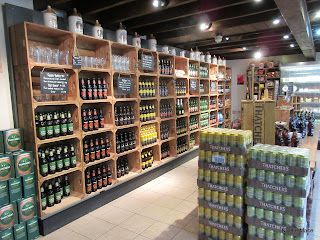 We bought three bottles of their premier brews and a bottle of apple wine made the Champagne way...and had an eye on the huge barrels...bargain cider if you can drink it in litre quantities!  Looking forward to booking a tour and tasting sometime when the apple blossom is out, and combining it with a walk along the Strawberry Line. 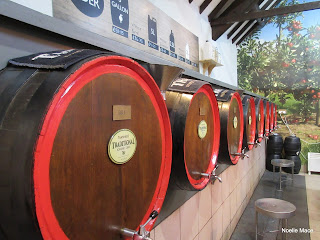 That evening back home, I captured this lovely sunset from the living window. 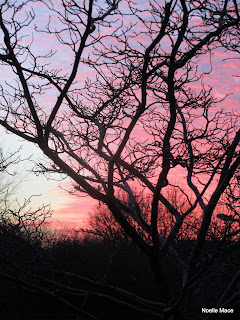