If you have been indoors for most of the week working on projects, then it is certainly the day to be taken out, particularly if the sun is shining!  Whereas I have been out and about, Mr S has been working hard indoors...so today still with a little dampness underfoot, we strolled out into Wells....

Some of the streets are cobbled as in Vicar's Close...I'm unsure whether they are more correctly called sets, but sets are smaller..the street is paved and worn smooth. 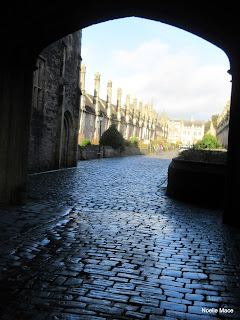 All along the close are magnificent old buildings 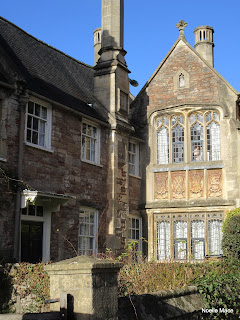 and even if you look up, the details of the chimneys show crowning stone ornamentation.  These date from the 15th century when the chimneys were built taller allowing for the more pungent smoke, from the new fangled coal fires, to be carried away.  This was about the time that coal mining in the Mendips began, though there is evidence that there was coal mining in the area as far back as the during the Roman occupation. 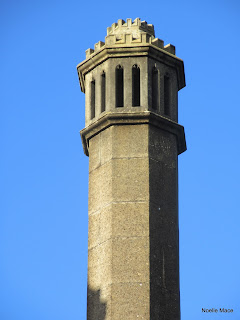 Of course, a few hours out requires a pit stop and today we stopped at the Cathedral Cafe for their special of toasted teacake and cuppa, with lovely views and entertaining glimpses of the pigeons preening in the sunshine. 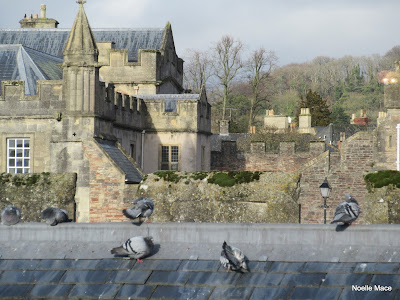 Earlier in the week, for a walk we took another path leading from the corner of the Bishops's palace, where we spied a few snowdrops, 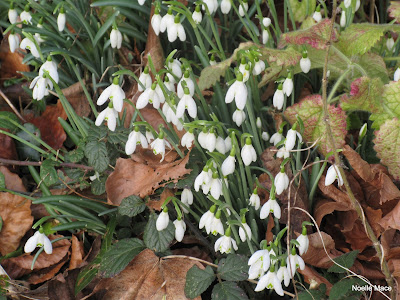 which led up Torhill Lane, where the path skirts woodland,  then a stream, coming out to just about where the Old Frome Road splits off from the Bath Road.  The woodpeckers were making their hammering noises in the woodland, and we have penciled in the walk through Tor Hill Woods for another day. We then walked back along the road to Wells, admiring various old buildings then popping into St Thomas....and spied my angel for the day there. 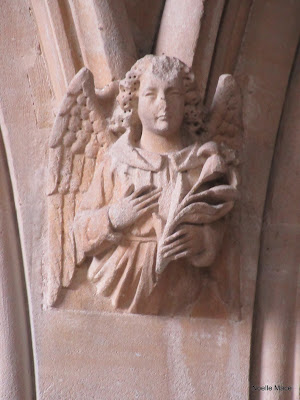