Since last week there has not been a drop of rain...the water butt is empty, and really we have had nothing to mention for weeks, the clay soil is starting to crack in places.  It is early years on this plot and with several years of mulching, I hope to change things round in due course.

For my Six the first is a  view of  'The Shed Shelf' which has now has become the place where sunlovers take their turn on the eye level viewing shelf. 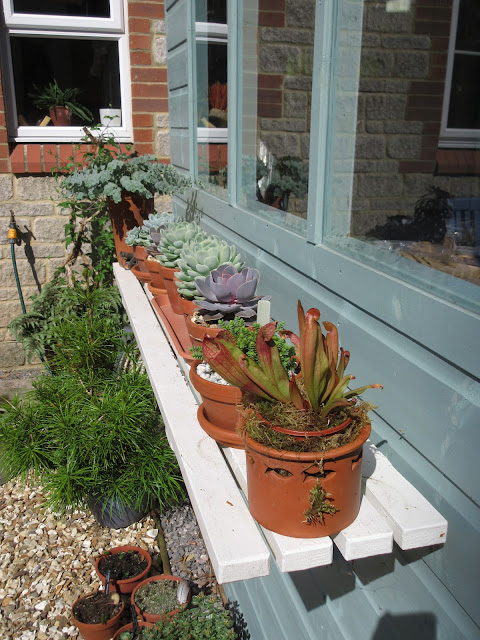 For my second item I have Aeoniums.  Another hot spot is a corner by the front door.  The tall multi branching aeonium is having its last season, before it is broken down and propagated this winter.  Maybe my friend Sally can get it in her van and we take take it to the October 'show and tell' at the HPS meeting.  Yes I did find it quite strange that at the Show and Tell...there were plants that were 'not hardy'! 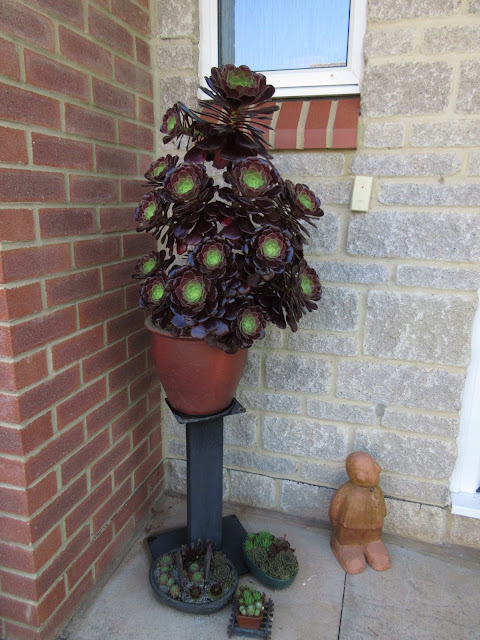 Aeonium schwarzkopf will also possibly be too large to go another year.  It already had a reprieve this year, when it was potted with another aeonium and a selection of other succulents in the pot that nearly broke my leg when it fell on me when I was moving it to the conservatory. 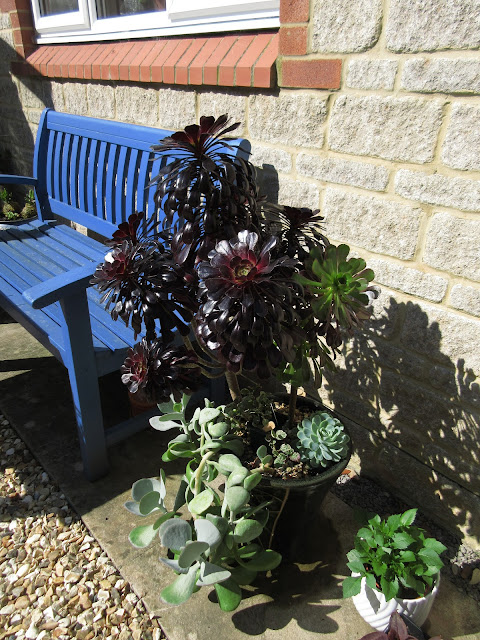 For my third item I have my wigwam of runner beans.  I planted the seeds on 7 April,  far too early...which resulted in a lot of work, with bringing in and out they covering for protection against frosts once they had been planted.  Probably I will have only gained a week at the most.  End of  April sowing would have much easier, with planting out this week.  I am growing the 'self-fertile' variety still with white flowers: Moonlight by Thompson and Morgan. 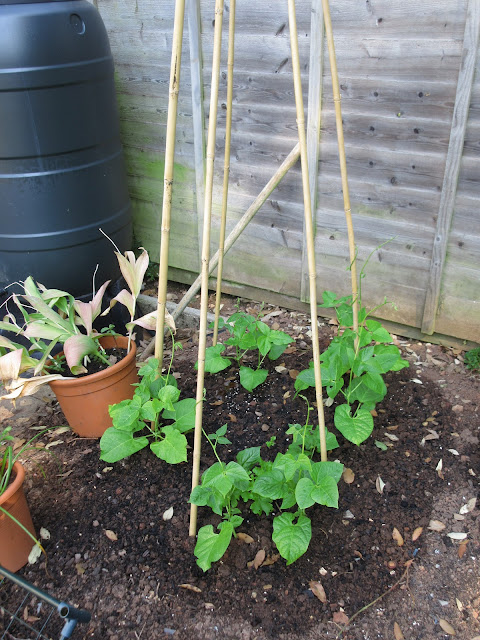 My fourth entry this week is this edge of the border beauty which I bought from my favourite local pop up stall: Tadham Alpines last year.  It is Silene Uniflora Alba.  In the wild Silenes seem to catch my eye, and along the coast of Northumberland when on holiday there in the summer, have often watched as bees and other insects crawl into the blooms...here I crouch down on our shingle path and do the same! It is revelling in the sun and has settled in well.  The red campions are out in fine form along the hedgerows locally following on the heels of the Queen Ann's Lace. 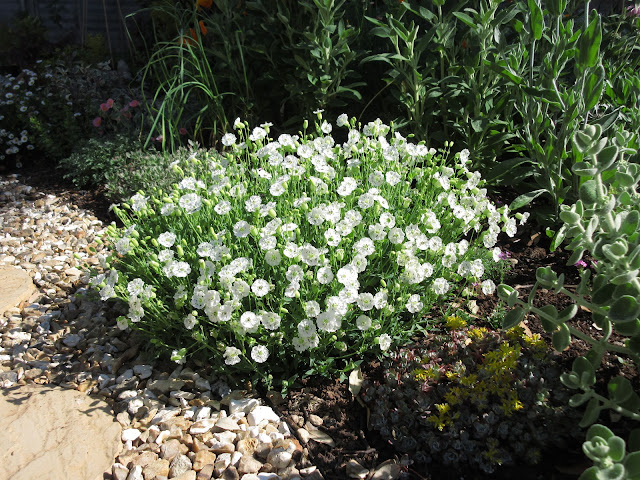 My fifth item is a view of the narrow alley along the northern edge of the house.  This 'premium shaded and cooler ledge' is where plants stand if they need relief from the glaring sunshine for the greater part of the day. Pot grown cyclamen, and 'self seeded' ferns transplanted to three of my 'Penny Pots', and potted cuttings fight for a place along the narrow wall. 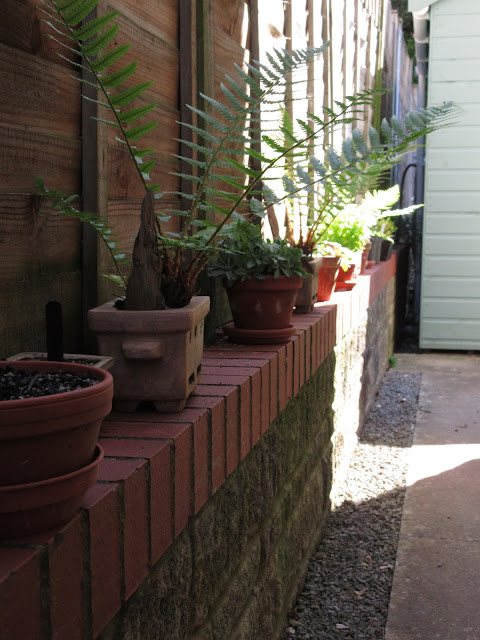 The last and sixth of the entries is a sad looking Exochorda macrantha The Bride. It was newly planted last summer, and flowered quite nicely.  I thought it may be too dry, so have been watering it deeply each week.  Maybe someone helpful would give me advice. Maybe a prune now it has finished flowering? 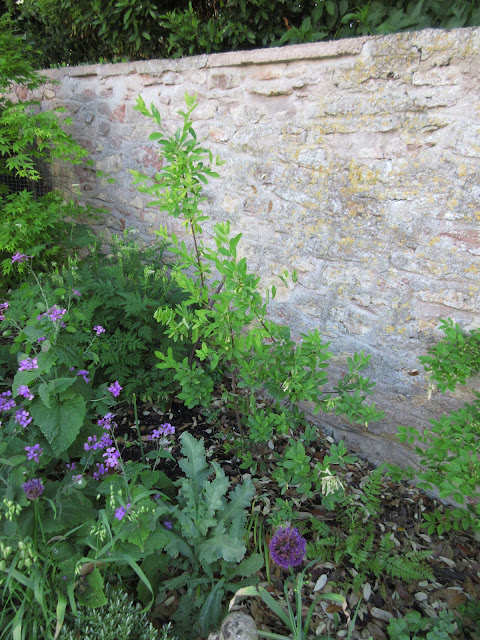 I look forward to joining with The Propagator who host this meme and through his 'hub' was view Sixes from other gardeners here and from other places around the world!
Posted by Stasher at 09:38