During our week in Howarth, we set off one day taking the bus to visit Saltaire.  We changed buses in Keighley which has an excellent and very clean bus station...but the driver forgot that we wanted to stop and walk down to Saltaire, so it was a good thing that I was looking from left to right...and managed to ping the stop button, in time to avoid an overlong walk.

My friend Kay had even suggested Saltaire as a base for a holiday, and I can quite see why when we arrived in the village, with its attractive public buildings as well as workers' housing set out on a grid system, leading down to the river.  Its open spaces and neat, tidy and well kept buidlings, encouraged to walk along many its roads. 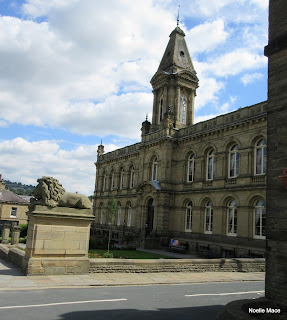 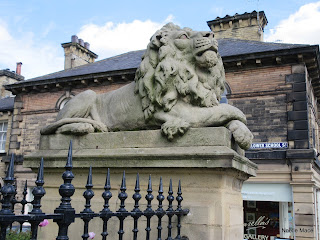 The arrangement of housing was reminiscent of the Swindon railway village. 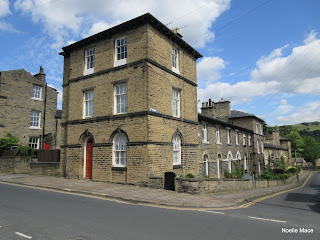 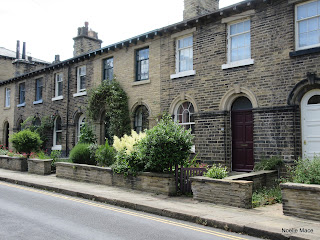 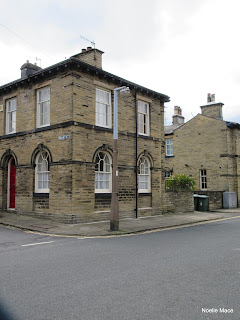 When Salt Mills was opened in 1853, it was the biggest factory in the world, where 3000 workers worked at 1200 looms to produce 30,000 yards of cloth each day.  You can walk along the canal between two large factory buildings. 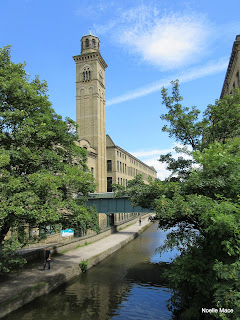 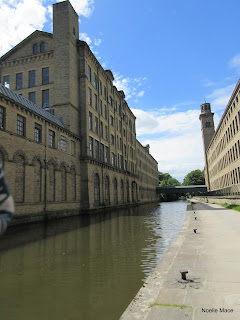 The United Reform Church was build in 1859 in the Italianate Style.  We were lucky to find it open in the afternoon, so popped inside.  'Down by the Dougie' has written nicely about the Church so do go there if you want to read more! 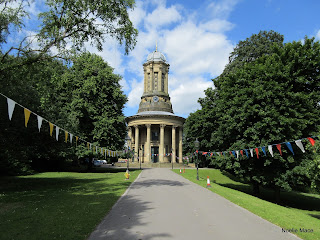 The inside is painted in a pale blue, and has some lovely pews. 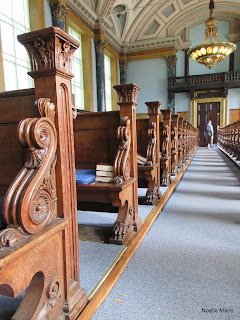 As usual I am on the lookout for angels, and this one sculptured by John Adams Acton is called Angel of the Resurrection.  It stands in Sir Titus Salt and Lady Salt's Mausoleum. 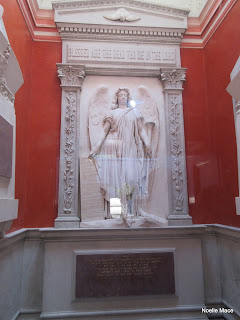 Salt's Mill is no longer a working mill.  It has several floors with shops and exhibits. 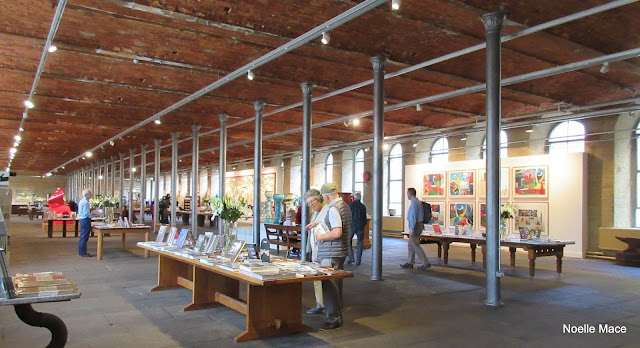 In this little display, I even found an example of the Dartington Glass Daisy Platter...similar to the one I use for cake..... 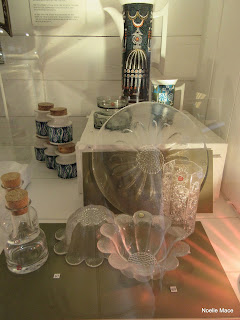 Several of the outlets were closed on Mondays and Tuesdays, but are open later in the week.  There was non the less plenty to keep us interested and entertained.  We had a lovely lunch: mine was the very nice salad which included cubed mango which went very well with the smoked chicken breast. 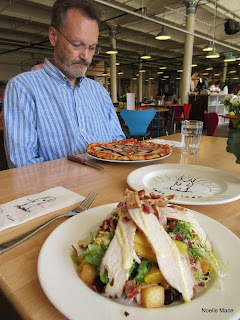 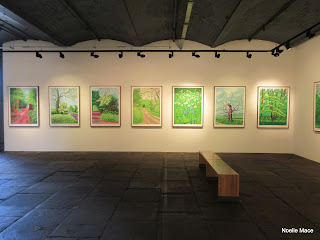