Last week for the Vase on Monday post, the little sprig of Forsythia attracted a few comments.  Here is the plant which is growing in the same pot since 2013.  Photographed yesterday when the sun came out briefly which opened the little crocuses at its base.  Later in the summer and into autumn the leaves have a purplish tinge. 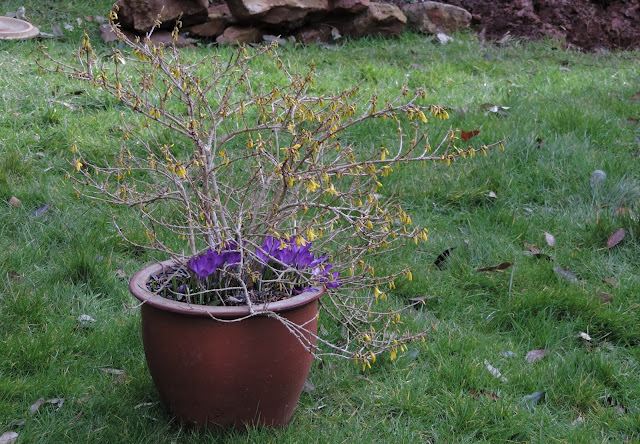 In 2015 it had really established itself well and was flowering very nicely on my previous patio.  This year I shall be repotting it or moving it into the new garden. 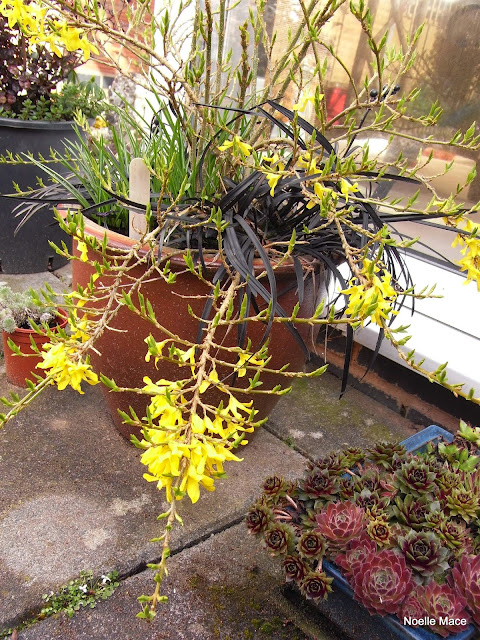 I bought the plant in either 2012 or 2013 from our Kenilworth in Bloom plant sale.  Janet was propagating wonderful plants which were in her garden, and this raised funds for us to plough into all the troughs and fund the summer competition and Autumn Prize presentation evenings. Each year I would look out for several ones to try out in the garden, and often they were ones which were hard to source from local nurseries.

We had bees and large bumble bees flying around the garden and visiting these early blooming plants.