It a frustrating time for me...I would like to be planting, but we have a lot more earth moving, planning and laying out to do.   Plants which I brought are in pots or were temporarily positioned in the first quarter of the garden prepared early last year. 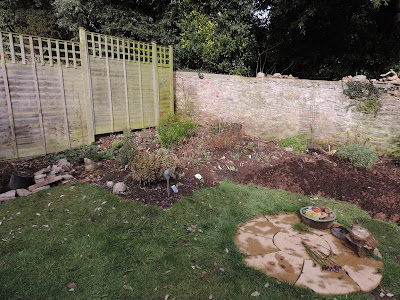 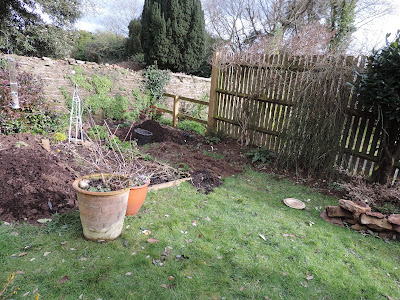 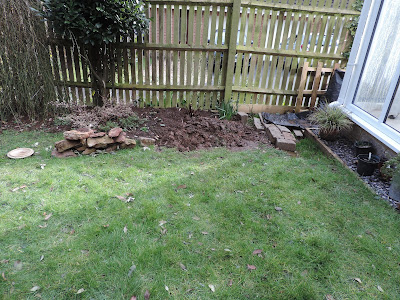 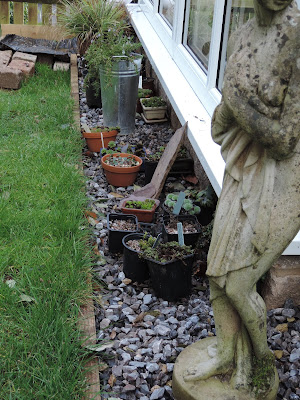 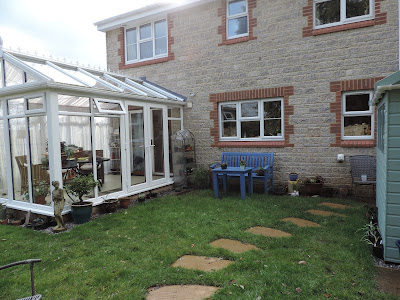 These was very little in the garden but at the end a clump of Mahonia, which when in flower buzzes with bees.  It will be just a few weeks till then. 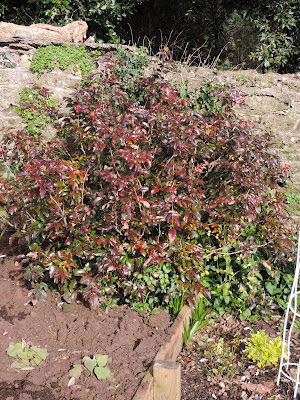 Meanwhile the bulbs which I plant under shrubs in tubs are coming out with the sun. 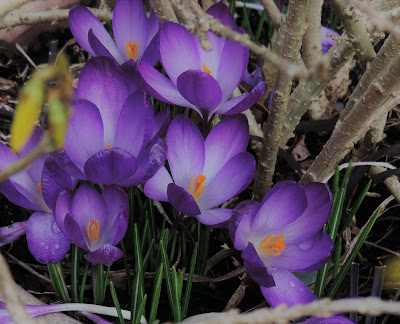 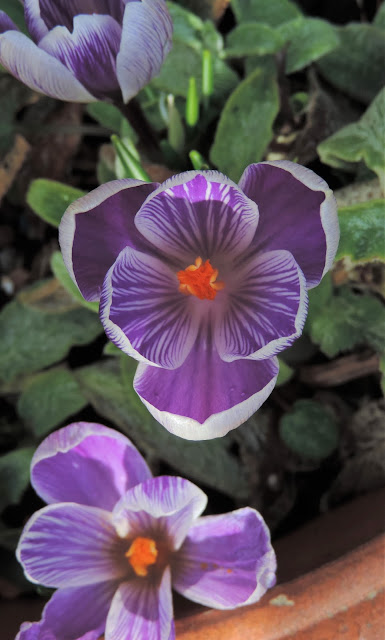 And its hard to resist spending pocket money on pretty primulas. 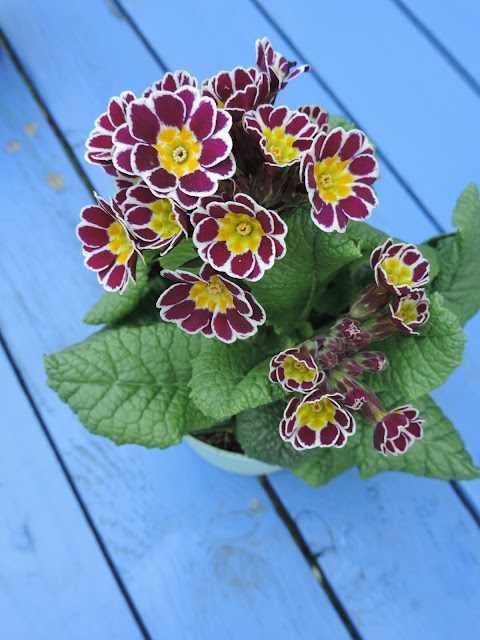 I have had this little primrose for many years and it has moved with me to its sixth garden.  I found the first plant in the bottom of a hedgerow growing alongside standard wild primroses in South Marston where I had an allotment and made friends with a farmer close by.  It performs right at the start of spring and makes a delightful addition beneath shrubs. 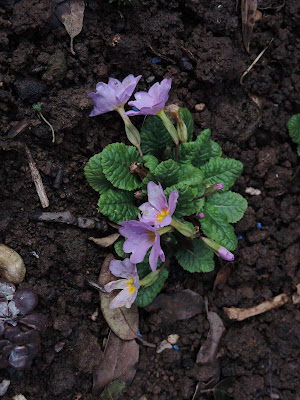 A couple of years ago I noticed growing in another part of the garden a similar one but with a bit of a variation.  The leaves were more rolled and behind the primrose flower petals, a larger calyx somewhat separate from the petals is more prominent and ruffled.  We had lots of ants and gravel areas in the garden, where they may have dropped seeds, which then germinated and new plants flourished.  I was pleased to see that this variation was amongst the ones I brought down to Somerset. 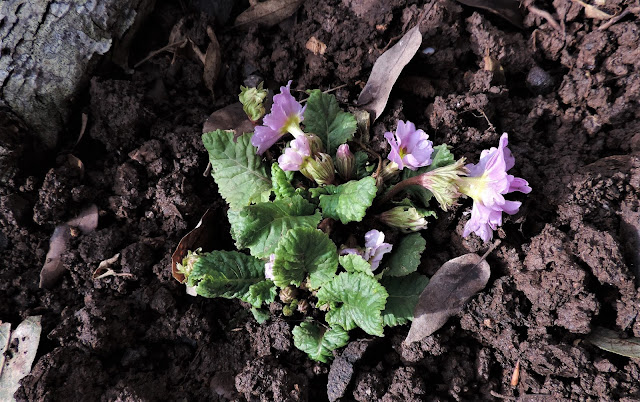 If any readers would like to contribute more explanations, please do leave your comments on this change.