Its been one of those weeks when I have been busy moving plants out of the rain!  Those small seedlings would just get washed out of their pots, so they are moved to the best light on a windowsill.  Thank goodness all the front garden is how planted up and mulched with bark....

The Propagator under whose awning the rest of us SOS gather to show and tell and ask, is waiting for us all...here are mine....

The Cyclamen hederifolium are the stars at the moment..and who needs flowers when you can have leaves like these.  Yes I know some of you will be shouting out..yes you do need flowers: flowers means seeds, seeds mean the possibility of propagation etc....  These are the leaves fully unfurled after flowering, of (1) Cyclamen hederifolium 'Lysander'! It was the leaves with its angular serrated  paler margins which were the pulling feature! 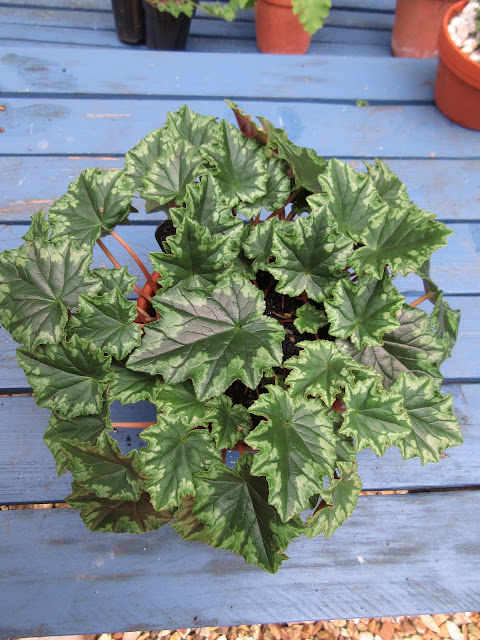 I can show cyclamen with flowers too: (2) Cyclamen hederifolium with silver arrow head shaped leaves with green margins and fine deep pink flowers: 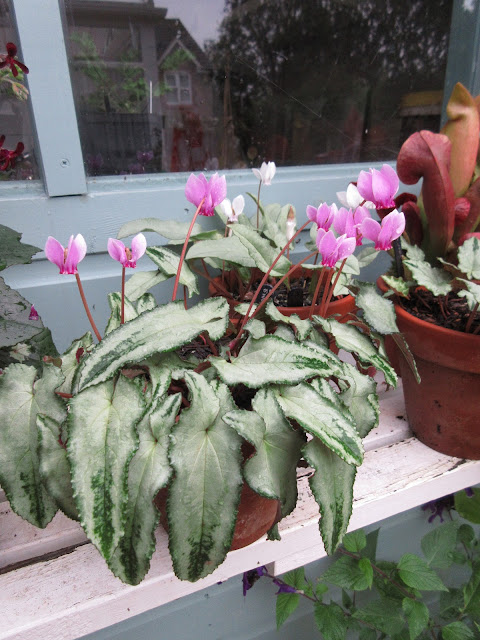 I have a shelf where choice plants are placed on the outside of the shed...so there is every possibility of my being able to admire the blooms in a pause between heavy showers. 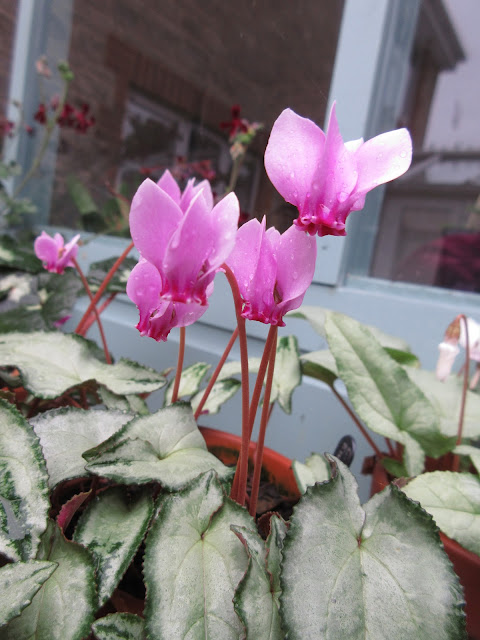 (3) Japanese grass Hakonechloa Macra Aureola is just coming into flower...I love cutting it and putting it in arrangements.  I have three clumps growing in pots,  I find their rounded graceful shape looks good in many spaces...I move them around.... 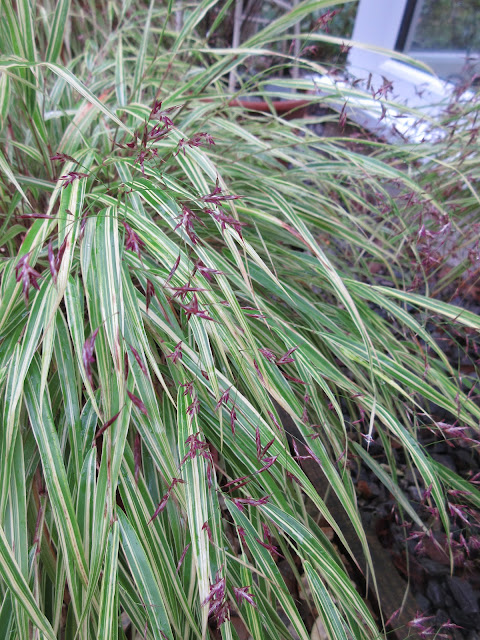 (4)  The seasons are playing tricks again with the Rosemary in flower. Bumblebees are still visiting flowers around the garden when the rain stops.  I have been  experimenting  with using edibles from the garden and have been adding flowers to salads...just pull the flower away from the green bit and you are left with soft blue petals.  They are quite tender, sweet, and tasty for for fruit or vegetable salads.  We had a Hummingbird Hawk Moth in the garden over the last couple of days...it nectar of  choice being from the flowers of  Linaria pupurea 'Canon Went'.  That was an 'aside' maybe a (4b) 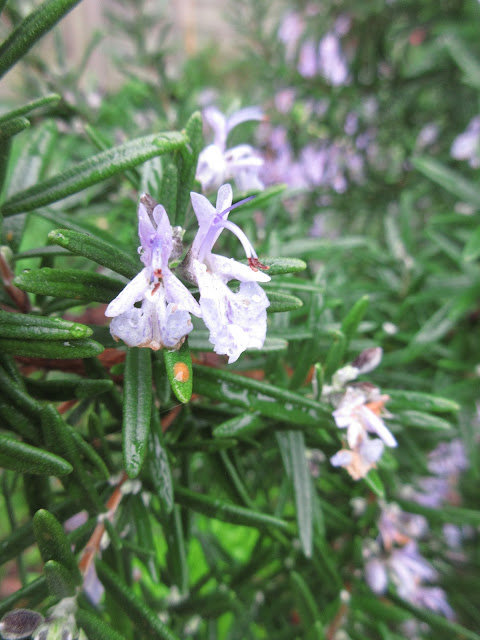 Rosemary in flower in October

(5)  The Runner Beans gave a little spurt of growth with flowers a few weeks back, after the very first of the rain...I think we have two more pickings before it is time to chop down the runners, and store the canes until next year. 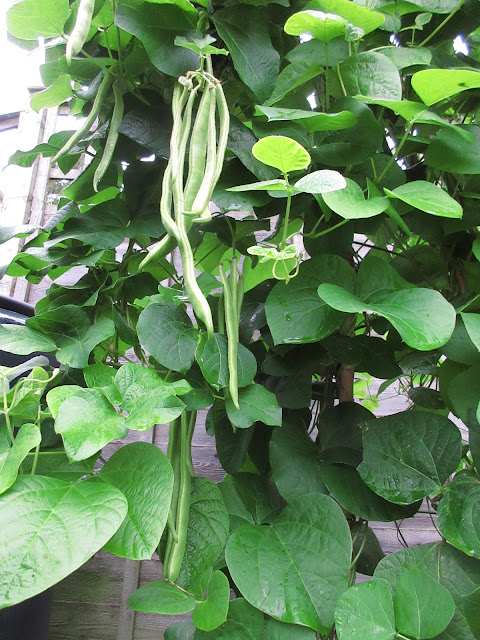 (6)  Chillies are turning red....grown outdoor in the open ground all summer from seed saved from a chilli grown four years ago in my last garden!  I am thinking of digging up a plant, potting it up, and growing it on for another year.  I managed to keep a plant going for three years doing this...it saves growing from seed each year.  Although I grew two plants this year..one plant is quite sufficient for us. 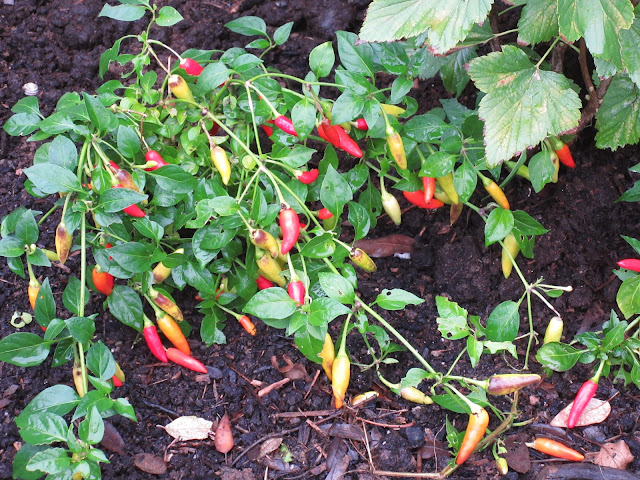