I first heard Derry Watkins talk at Wells gardening club about two years ago.  We had had snowfall the previous week, and even though the snow had melted elsewhere, her lane was still snowbound, but non the less, she had walked across fields, before being able to get into transport to bring her across the Mendips.  We chatted, and brought up the subject of my hobbies...

Derry said in her typical friendly way: 'Well if you ever come to visit, do bring some of that lovely bread!' How could I forget that!

Sally Gregson has been suggesting an outing there, and we had been considering this on and off over the Summer...then she received one of those special invitations to Sunday tea.  As Peter was not going, she said that I would love this as there would be other well known people from the gardening world there too....Naturally I baked a good Sourdough and took a jar of Lime Marmalade too.

I thoroughly enjoyed our visit...and just 'au hazard', I mentioned this to another friend, and she had been invited as 'companion' to by another of Derry's friends...and since we four live within minutes of each other...I suggested going together.  A foursome of plant lovers...a dream excursion, to a dream destination.  It was however a blisteringly hot day.....

This was a proper afternoon tea party..a private affair.  I did not feel that taking many pictures of either her home, garden, or friends was quite in order!  However I shall be sure to visit on an 'Official Open Day', and pictures will be taken under the different circumstances.

Derry was the kindest and most attentive of hosts as was her husband Peter.  He cracked open some of his home made apple juice from their orchards, when I asked if there was anything cool to drink, like water...super delicious, Peter..and Derry had baked a couple of gorgeous cakes.  I was most impressed by Peter's work studio in the garden, which of course, had its roof fully planted! 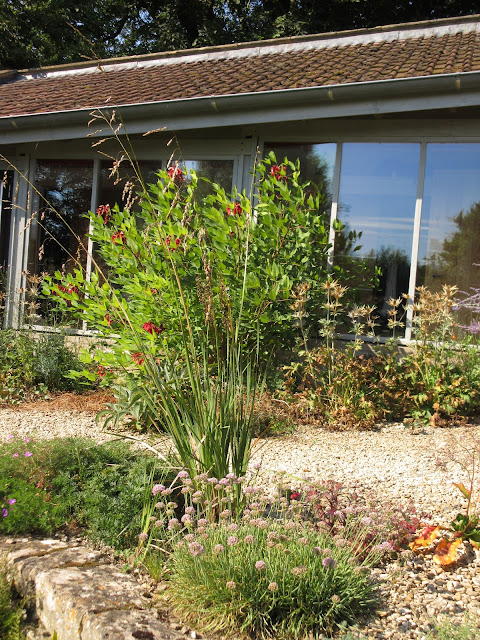 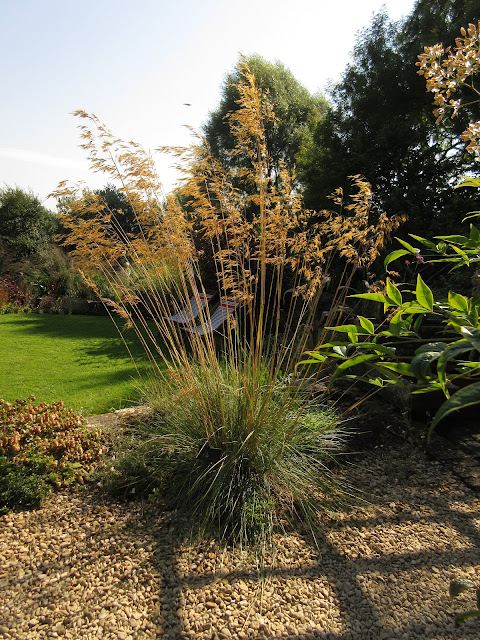 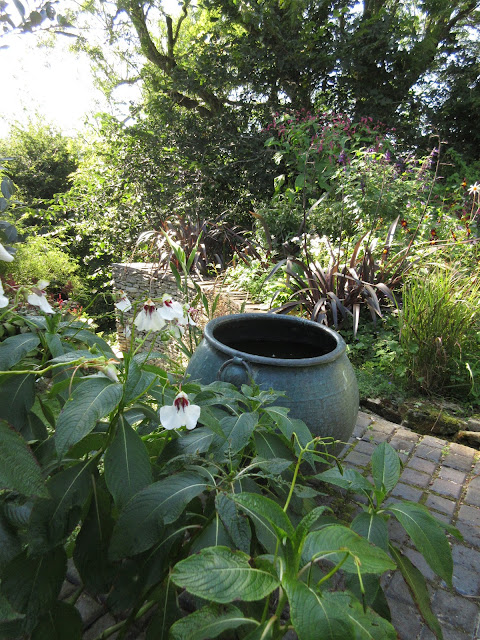 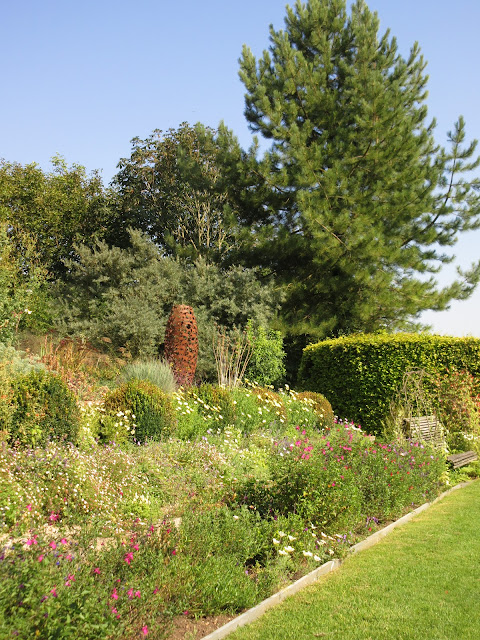 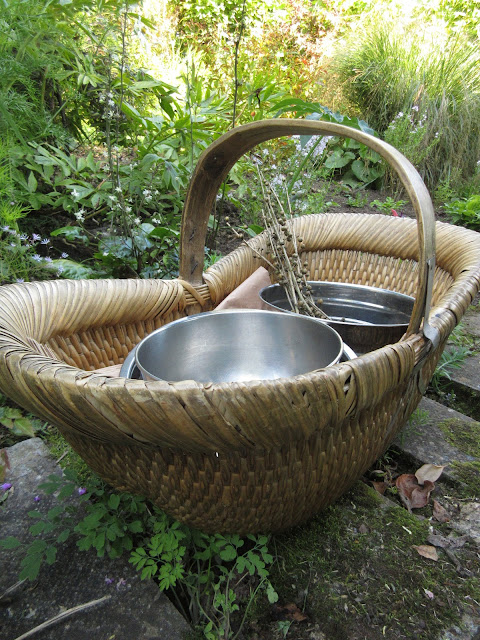 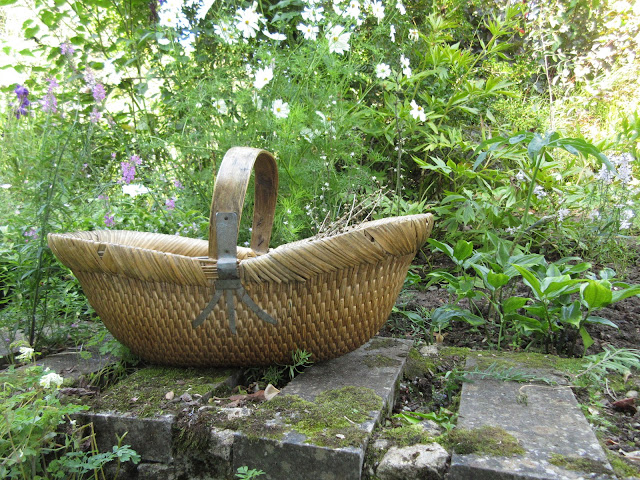