In a week that has seen heavy downpours and glorious autumn light, it has been a joy to get out into the garden, and work on tasks that must be completed before the winter sets in, as well as stop to observe the subtle day to day changes.

(1) A plant that has performed right up to its reputation is this Chrysanthemum Dixter Orange.  Completely hardy.  Its leaves are a wonderful strong green colour, and so far it has been untouched by any insects and is free from mildew, without any intervention. Intervention these days in my garden means a squishing of slugs or caterpillars on the worst affected of plants. 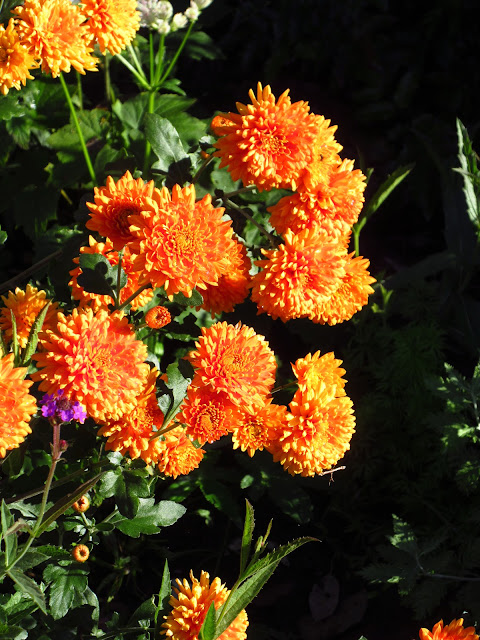 (2)  A little clump of self seeded nasturtium has been a source of young leaves and flowers for salads, as well as late season eye catcher or the other side of the border, wanting to join the other herbs so scrambling through the lower branches of the rosemary. 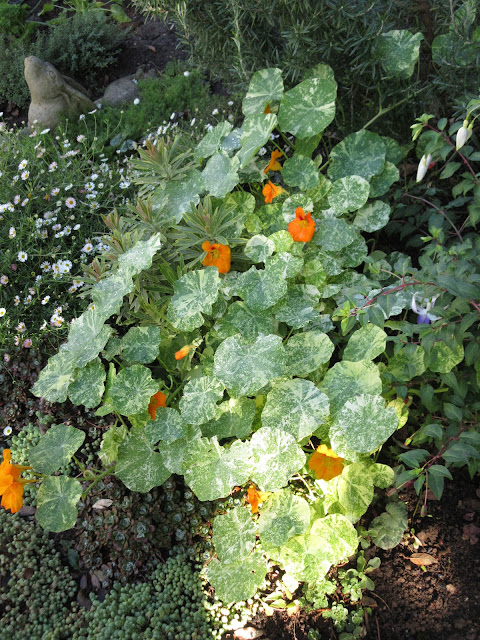 (3) Another little splash of yellow brightness is Rudbekia Goldstrum.  During the hot dry weather it seemed to go into 'dormancy', and in reality I had decided to remove it and set it going in another part of the garden.  It got some watering to soften the earth ready for this, and suddenly put on a spurt.  Following on from the rain, it is flowering nicely: a very late performer.  It is still probably due for relocation, but in the meantime...... 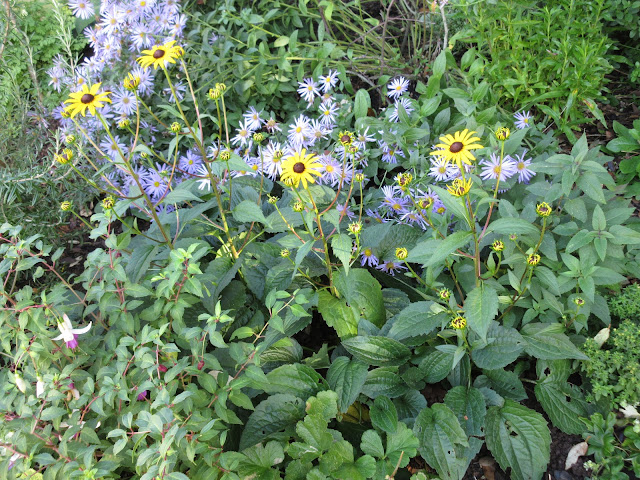 (4) Late to make its mark this year is Fuchsia microphyllia  subsp hemsleyana 'Silver Lining'.  This is a fine leaved plant with a delicate silver metallic sheen on its leaves, and the smallest of magenta blooms.   It is sometimes described as being half hardy, so I shall be sure to mulch it well.  It emerged from its central crown late, so is the ideal succession plant in the Acer bed.  It has a gentle open shape with low growing red stems: this is all this year's growth 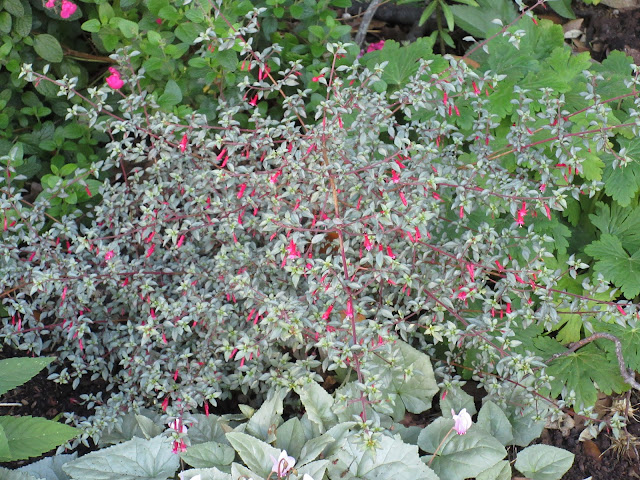 (5) Just in front is Cyclamen hederifolium silver leaf form. It is now in full flower, and throughout the long winter this will form a pool of 'light' in that bed. 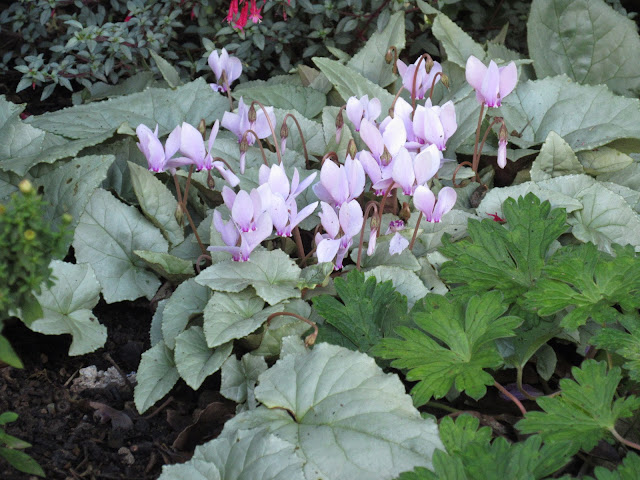 (6) Finally a view of the Androsace sarmentosa Watkinsii. Its whirls of summer green leaves are changing in anticipation of the winter.  This year the plant was helped by having its 'runners' pinned down and a top dressing  of grit and leafmould applied.  It is at the edge of the Acer bed, with shade for part of the day.  As the winter approaches, it is developing the hairy central boss, which becomes an interesting feature as it turns more silver. 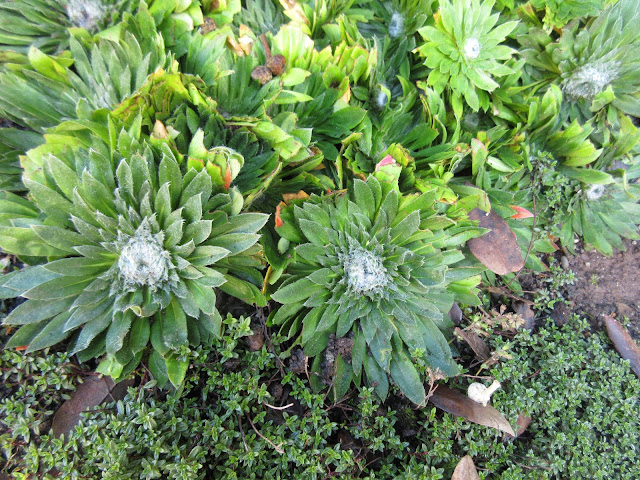 Earlier this year the little pink flowers held on short stems above its woolly leaves stood out along the edge of the path. 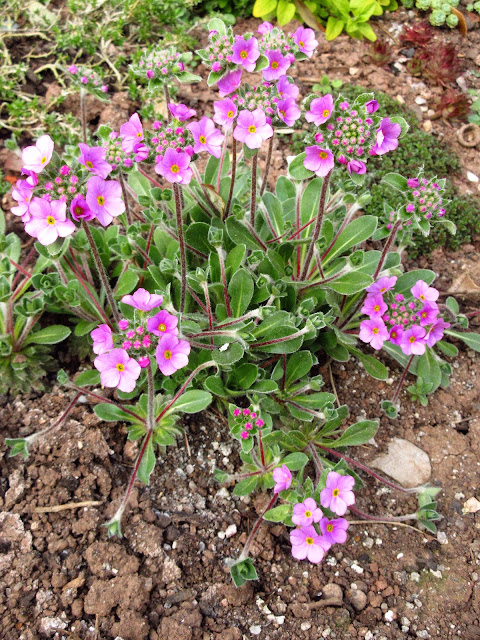 I'm looking forward to seeing what the Propagator and others are posting about this week....
Posted by Stasher at 09:13