Its past mid October, the weather has been very kind in that we have not yet had heavy rain, damaging winds or frosts.  Yet the leaves are turning and falling, whilst many flowers are just soldering on.  Some very unusual flowering of usually spring flowers: 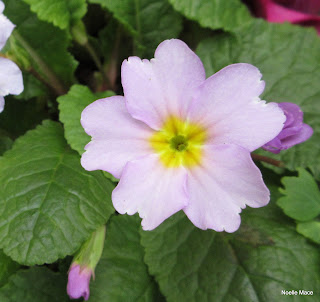 yet the holly bush is full of berries, and there are not many weeks in which the blackbirds will feast before every berry is missing for Christmas! 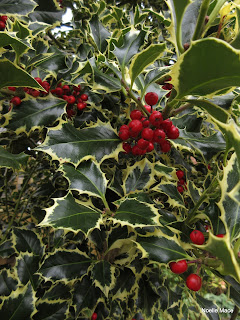 Looking across towards the conservatory with the Eupphobia x martinii Ascot Rainbow in the foreground, you can see the lovely acer which has turned from green to bright red. 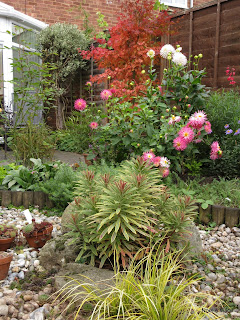 I've had so many blooms to cut and lovely shapes to look at from the two dahlias, bought as 50 p cuttings from the gardening club. 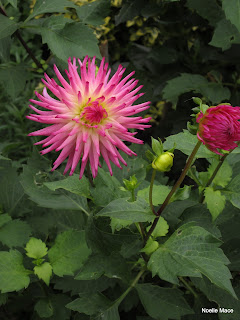 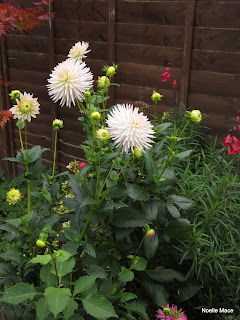 The roses too are still performing well, here are just a few this weekend. 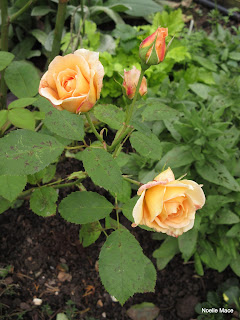 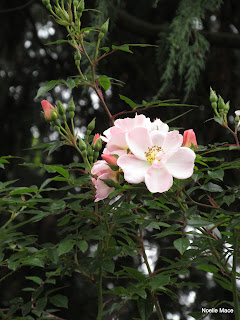 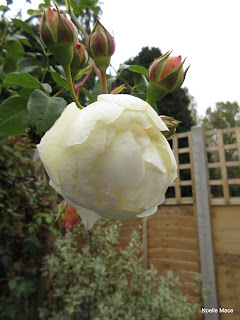 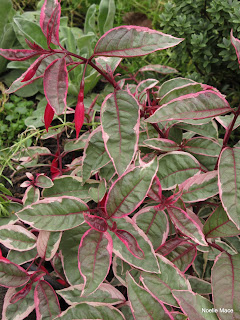 Close to the back door, and ready to be pulled into the utility room if a hard frost is forecast is this little Grevillea Lanigera Prostata.  Maybe it is because I am short sighted, I love to focus on the details of plants....I got rid of my larger Grevillea Canberra Gem, as I found the spiky leaves raised a rash on my skin.  The leaves on this one are much rounder.  I was happy to hear that Canberra Gem is much appreciated and performing well in Liz's Garden. 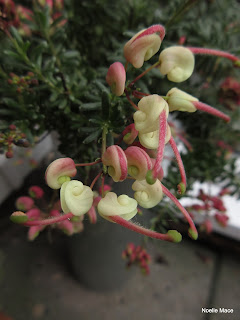 I repotted some of my sempervivums rather late this year 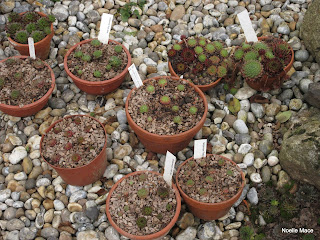 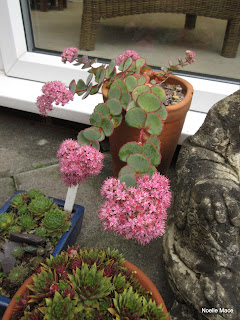 and the pot planted up with this season's Echeveria Elegans is filling out nicely. 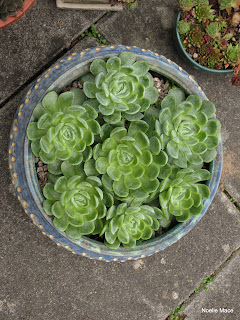 The nasturtiums from four seeds have been spectacular this year.  I think I shall follow the same regime of planting a few seeds in a pot,  then planting them in the garden as early as possible. 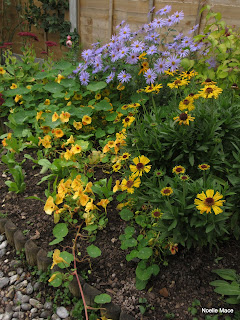