The Prop is keeping all our spirits up, and as we continue to appreciate some delights in our gardens..Do join us again this week:  there at the hub are links to other bloggers via the comments section.

It has been a strange week: I have been self isolating as I have some lurgy.  Which one?  Who knows?  There have been very few 'recorded' cases of the dreaded virus in Somerset, so it is totally unlikely, but as people are not tested, the real figures won't be known. I am not so bad that I need any medical or hospital intervention apart from help from the usual stuff one might have in a drawer: night nurse etc.  Can't remember last time I had a cold or flu or whatever! Some of the time I have been well enough to sit in the conservatory and in the last couple of days even venture out for the purpose of taking a picture or two, and yesterday even pruned a couple of bushes.  There has been time for thought, and for appreciation of my small garden, and leafing through books.

(1) Bird in the Hand?  I would rather have two in the bush, or many birds in the garden. 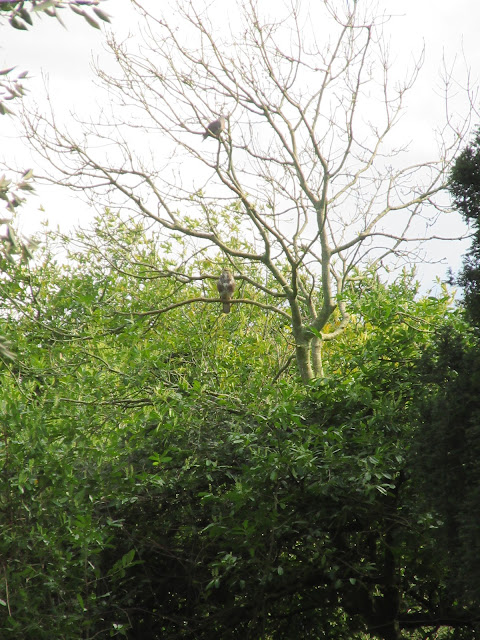 Watching the birds this week has been a joy.  I sit still, and yet some birds seem to feel the binoculars on them.  I daren't reach for the camera, preferring to watch their antics.  Coal tits, great tits, blue tits, long tail tits, gold crests, wrens, blackbirds, sparrows, dunnocks, robins, jays, a handsome male pheasant right up to the window of the conservatory, bl***y pigeons, magpies, jays in just one week! Feeding and some collecting nesting material, lots of splashing around int he bird bath, chasing each other and more.  We have daily visits from a bird of prey who perches in the trees over the wall, usually scattering the perching pigeons, but above one pigeon came to rest just above it!

(2) Corydalis Beth Evans is putting a wonderful show in the bed just an arms length from where I have been sitting in the conservatory.  I realised I showed this last week, but it is another clump, and they have cheered me up so much, they deserve to be mentioned for its 'medicinal properties'. 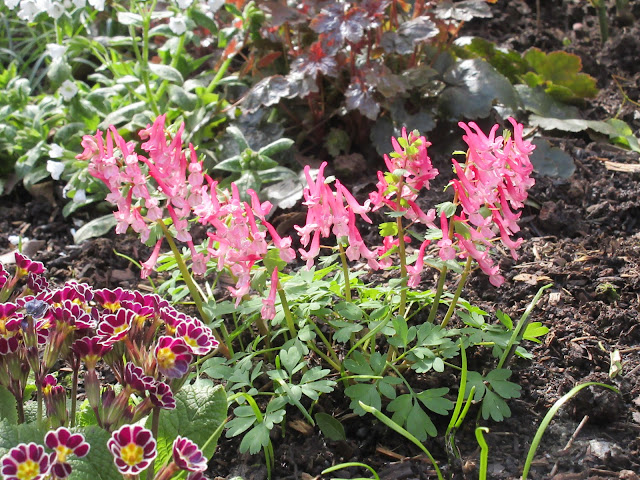 (3) Pittosporum tenuifolium 'Tom Thumb' is darkening up nicely in the spring sunshine.  It is feeling at home now, and will prove in time to be a useful little shrub in just the right place.  I am particularly fond of this one, as it is growing from a cutting, which rooted from a fine little specimen which I had planted in my previous gravel garden. For now it is surrounded by low lying creeping thymes 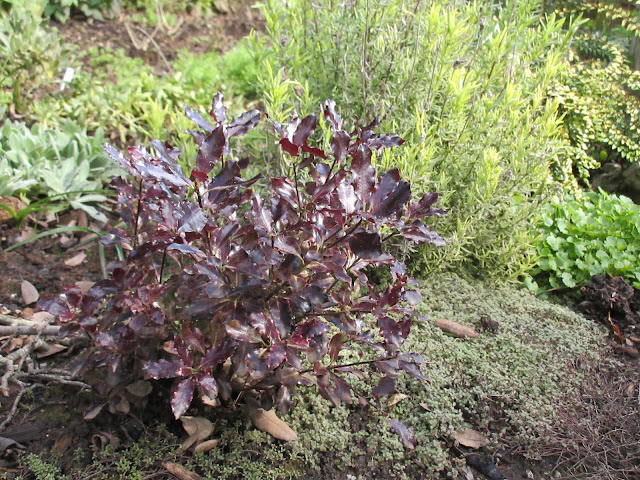 (4) Just how does a Rosemary fair after a good prune?  This Rosemary has been in this spot for less than three years and has more than paid back not only to the bees and bumblebess, but also as flavouring in the kitchen, as well as 'greenery' in my Vase on Monday.  Another season will see it outgrow it spot, and is rather 'unpleasant' in its shape.  Already its successor, a good plant started as a cutting is flourishing in the front 'mediterranean' garden.  There cats may well mark it, so this spring I shall be starting some back garden successors.  As soon as those prove to have taken, this old plant will most probably be grubbed out. 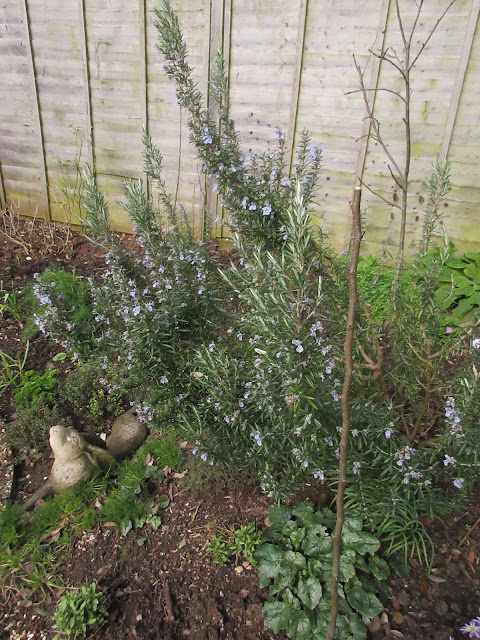 (5) Green curtains of Kenilworth Ivy through which the wren loves to search for it food.  Soon it will be covered in so many little flowers, mostly insignificant, but I shall enjoy observing which insects visit them.  When the cemetery people made an awful bodge of repairing the wall in 2017, its bare uneven poorly dressed stone seemed to be so much of bone of contention.  To think that a few of the seeds had remained and so quickly have recolonized the sunny side, is a wonder of nature. 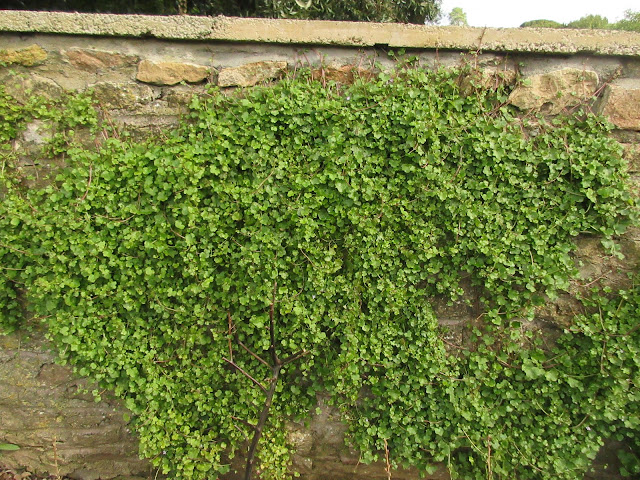 (6) Persicaria Red Dragon has some fine looking red shoots thickening out and on the blocks reading for its spring sprint..... 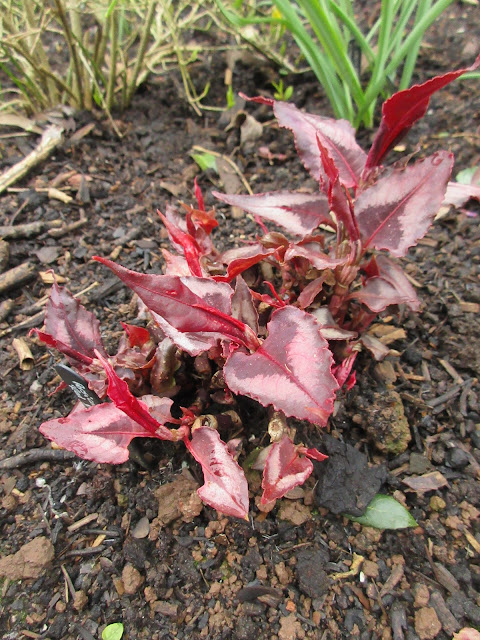 Hopefully over the next few days I shall continue to improve....we have Matthew Biggs coming to the gardening club!
Posted by Stasher at 14:21