Cathy has a gem of a post with a gem whose properties she explains has "healing qualities: amongst other things, it is believed to bring courage and creative energy, and assistance in times of chaos, disruption and emotional trauma…"

Yesterday in an effort to keep the few Pelargoniums I have in tip top condition,  they had a good soaking and titivation in the garden.  When they went back into the conservatory,  I noticed that some of the very brittle stems of Pelargonium myrrhifolium var coriandrifolium were damaged, and had to be removed.  I thought they looked so pretty and lacy and put them in a tiny vase on the Kitchen windowsill.

Primula Lilac Lace which has been an absolute star in the garden had more than a few stems to spare... 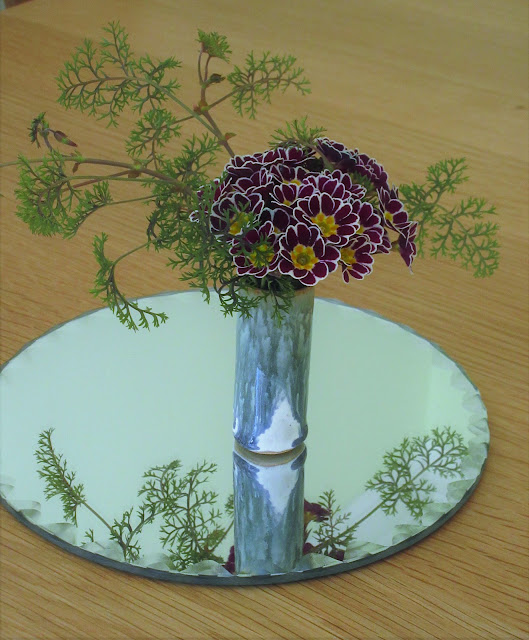 From one little plant bought Spring 2017, I now have five good clumps like this one.  The plants need a lot of feed to keep them strong...with all those flowers they would otherwise wear themselves out. 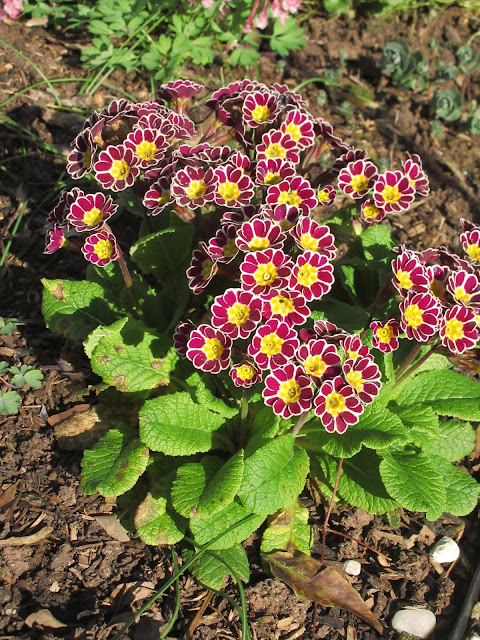